The Match.com of Seed Saving 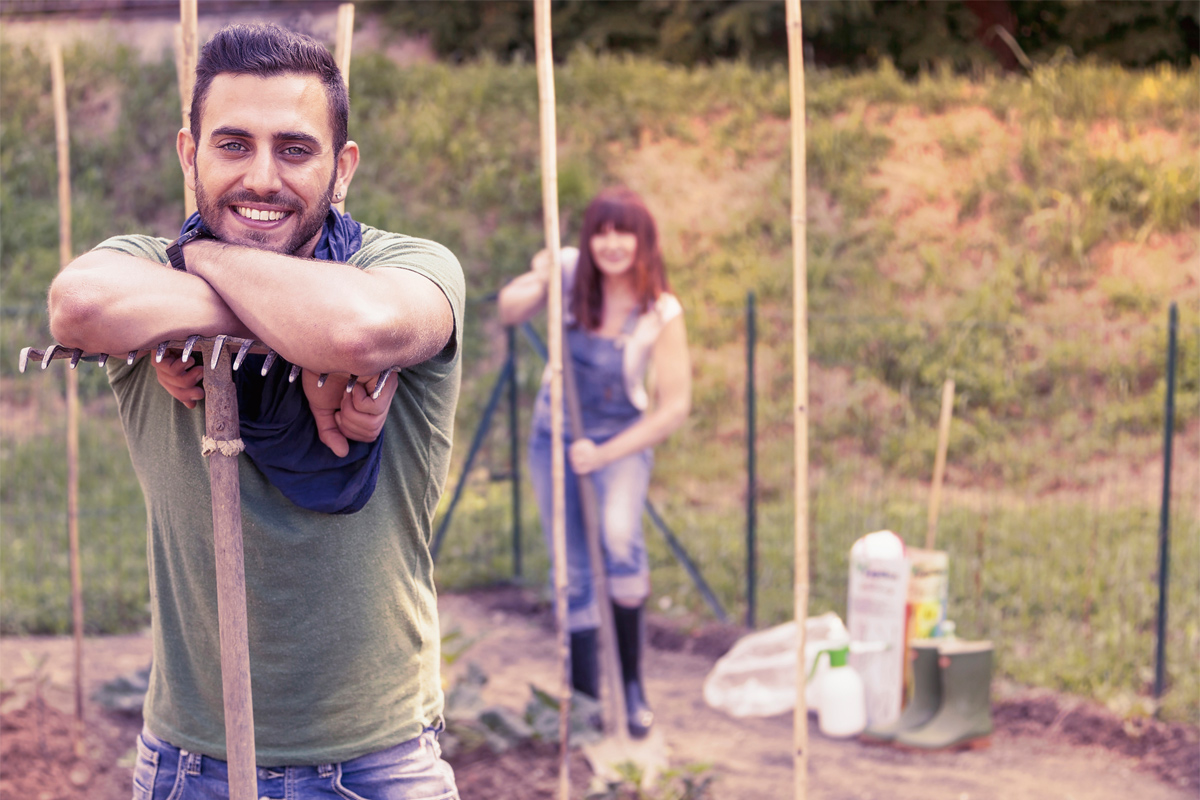 The global effort to sustain seed diversity has been an uphill battle for a generation. Worldwide, 75 percent of seed varieties have disappeared since the dawn of the 20th Century, and the vast majority of what remains now rests in the hands of companies like Monsanto and Syngenta.

For the last 20 years, the Center for Food Safety (CFS) has been part of that fight, and today it launches a new tool it hopes will help farmers sidestep the chemical giants: the Global Seed Network, an online tool where small growers can “meet” to swap diverse, rare, and heirloom seeds, and in the process, propagate and expand seed diversity around the world.

Seed-sharing groups, of course, are nothing new. Seed Savers Exchange, for one, has been around since the mid-‘70s and is going strong online. But CFS hopes that their new site, developed by the same company that created match.com, will appeal to Millennial farmers who are beginning to understand the value of non-commercial seed sourcing.

“We wanted to target a younger generation that relies on the internet to connect with people,” said Rebecca Spector, west coast director of CFS and the site’s project coordinator. Spector says that a lot of the early interest in the site has come from the under-35 set, who might otherwise buy their seed from large national non-GMO outlets like High Mowing and Johnny’s Selected. 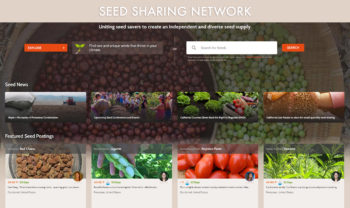 Users can fully access the network without paying a membership fee, which Spector says is an important difference from how existing sites work. It also allows users to create profiles; rate their interactions with one other; and search for seeds by cross-referencing for needs like frost tolerance and mildew resistance, or by hyper-specific regional attributes (temperate highland or tropical rainforest, say).

Bay Area farmer Carli Castagnola, who beta-tested the site, says the climate search is its most “intriguing” feature. “Getting to know regional climates where similar things will grow is really interesting to me, and something you don’t usually get when you’re looking for seeds,” she said.

While Castagnola thinks online connections are increasingly vital to achieving wide-reaching diversity, she admits she prefers in-person seed and plant swaps. And, in fact, Spector sees facilitating in-person meet-ups as not-at-all antithetical to the network’s overall mission. Once the site is up and running, it will also begin listing face-to-face opportunities searchable by ZIP code.

Taking Seed Sharing to the Next Level

Two other resources on the site hint at the broader challenges farmers face when trying to make true strides in the realm of biodiversity. The first concerns the range of state-level seed-sharing laws, which Spector and her team have outlined as rigorously as possible—despite a significant amount of opacity in the way these laws are written. Longtime seed crusaders say there’s a need to get such state seed laws clarified. (CFS, working in conjunction with the Sustainable Economies Law Center and other groups, had recent success legalizing seed swapping in California.)

The site also advises users to familiarize themselves with federal quarantine and noxious weeds lists, as well as other regulations. As Civil Eats has previously reported, one of the biggest obstacles to seed-sharing is that the U.S. Department of Agriculture’s (USDA) Federal Seed Act mandates that any activity involving non-commercial distribution of seed be labeled, permitted, and tested according to industrial regulations.

“We’ve got a lot of work to do to get diversity back up,” said Bill McDorman, executive director of the Rocky Mountain Seed Alliance and a long-time seed steward (he was also an early reviewer of CFS’s network). But he added that policy change is just one of many issues—including corporate ownership of seeds and a need to build local communities of like-minded growers—that sustainable farmers and gardeners face. “What do you work on first, when all fire alarms are going off at once?”

He’s also eager to see the Global Seed Network encourage young farmers to learn seed-saving methods. The site offers a primer on this, and provides a link to Rocky Mountain’s own treatise on seed saving.

The other resource concerns the site’s promise to tap into a global community—possibly the offering with the greatest appeal. Castagnola, who says she favors open-pollinated seeds for highly nutritive food varieties, hopes to use the network as a means to garner more international connections, especially in the Andes region, which she says is similar to the Bay Area for growing purposes.

But, said Spector, “It’s complicated.” Currently, USDA regulations allow the importing of 50 or fewer seeds of any one taxon with a Small Lots of Seed Permit. But a number of restrictions still apply and might prove confusing for some new growers to navigate.

Even more daunting is the fact that many potential users in countries like India have limited or no access to computers. “They rely on their phones intensely, so for international users, we’ll need to have a mobile site,” said Spector. That’ll mean eventually seeking more funding to build out a mobile platform; the original site was supported by a grant from citizens’ action NGO Avaaz.

No matter how successful the Global Seed Network grows to be, neither Spector nor CFS’s fellow stakeholders consider it a stand-alone solution to the many troubles plaguing farm diversity. Spector herself calls the network a complement, rather than competition, to organizations like Seed Savers Exchange.

McDorman sees it as just one of many necessary components in a larger-scale strategy to achieve seed diversity. He maintains that everyone who cares about reversing the trend toward monocropping needs to band together before the opportunities to do so disappear.

“I’ve never been more hopeful that with a combination of grassroots people, national policy organizations, and databases, we’ve finally got a chance to do this,” he said. “But we need it all.”