The author is the subject of a FRONTLINE documentary that asks: What fish is best for us and for the planet? 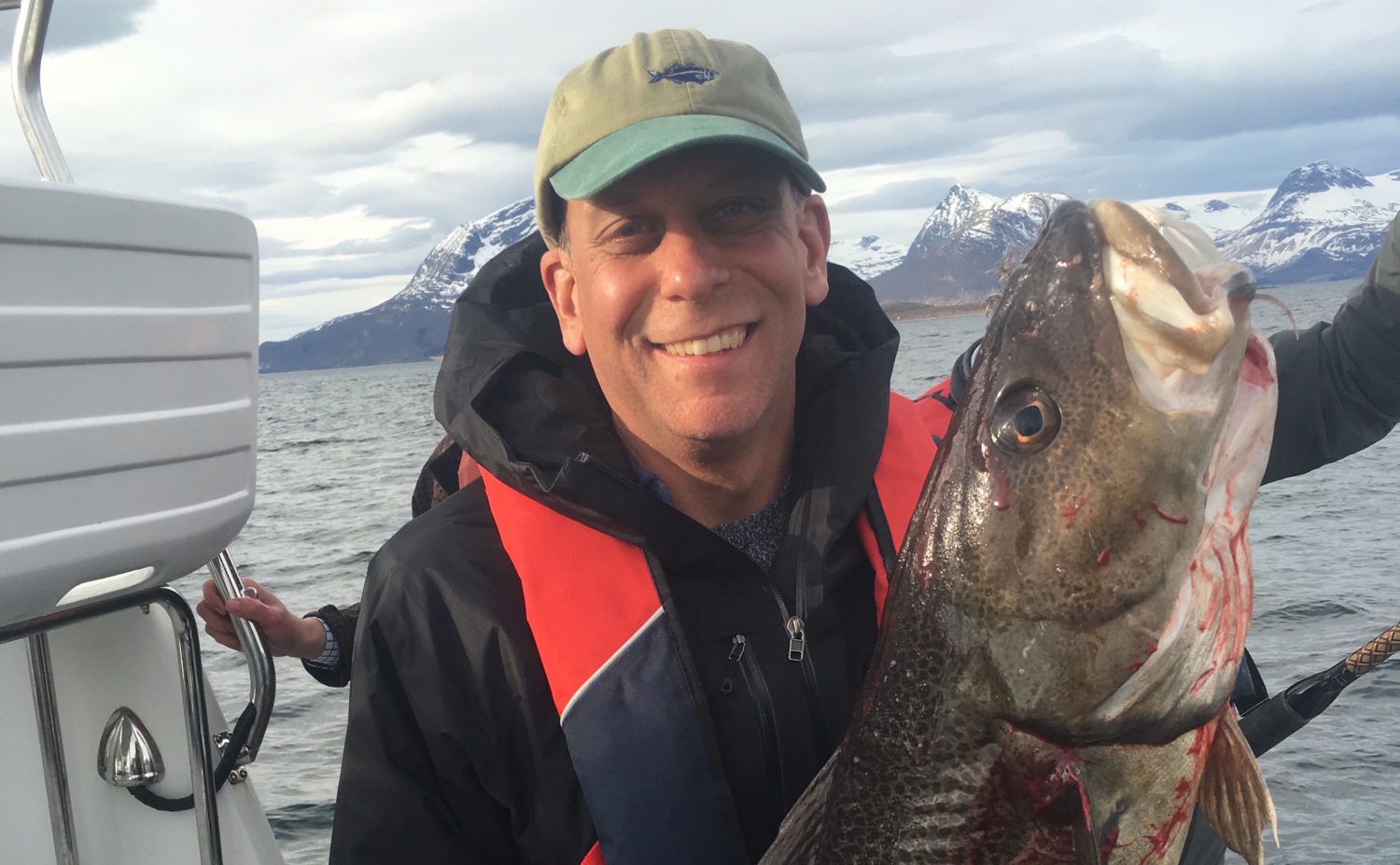 Fish has long been Paul Greenberg’s bread and butter. But last year, the fisherman, journalist, and author of Four Fish and American Catch took his relationship to seafood to a new level. While researching his next book, The Omega Principle, Greenberg spent a year eating fish multiple times a day, every day with the goal of raising his body’s level of omega-3 fatty acids. Meanwhile, he also traveled to Peru to visit the world’s largest wild fishery, to Norway to see the birthplace of modern aquaculture, and to Alaska, the last thriving wild salmon habitat in the world.

Greenberg’s journey is also at the center of an episode of FRONTLINE called “The Fish on My Plate,” which airs Tuesday, April 25 on PBS. We talked to him about the film, his experimental diet, and the future of the fish on our plates.

You ate seafood every day for a year while filming this segment. Let’s start with that. Why did you do it?

I have marginally high blood pressure, marginally bad cholesterol, and my triglycerides are on the high side, so I was hoping that those things would get addressed. There’s this thing that happens where you see around the corner of 45 and catch a glimpse of 50 in the middle distance and you just don’t feel as sharp. And all the things that fish and omega-3s are supposed to do seem to relate to all the problems that you have when you realize that you truly are middle-aged. So, I was hoping to have a better, a less burdened, middle age than I might have had.

We won’t spoil it for the audience, but it didn’t quite work out how you planned. It has been six months since you stopped; what is your relationship to eating seafood now?

Well, I’ve also been evaluating it for next my book and I’ve come to the conclusion that a diet where pescatarianism is a large element is probably a good thing for the planet and a good thing for a person’s health. That doesn’t mean fish every day, but something more like the pescatarian Mediterranean—so it has all the qualities of the Mediterranean diet, but your primary protein more often than not would be fish.

But the other thing that you have to take into consideration is mercury and other pollutants. If you think about not wanting to push the gas pedal on mercury above a certain level, and attuned your fish consumption accordingly, you could strike that balance between pollutants and nutrition and probably get to a point where you’d have a pretty healthy diet.

I’d always been led to believe that if you’re eating fish that is low on the food chain, and focusing on wild salmon—which also eat relatively low on the food chain—you’d avoid mercury. But it just turns out that there is trace mercury in almost every piece of seafood. As [the biologist] said in the film, it’s like death by a thousand cuts. And so you really do need to be conscious of it.

This film—and the forthcoming book—is much more health-focused than your other work. Do you want to talk about your decision to go that route? 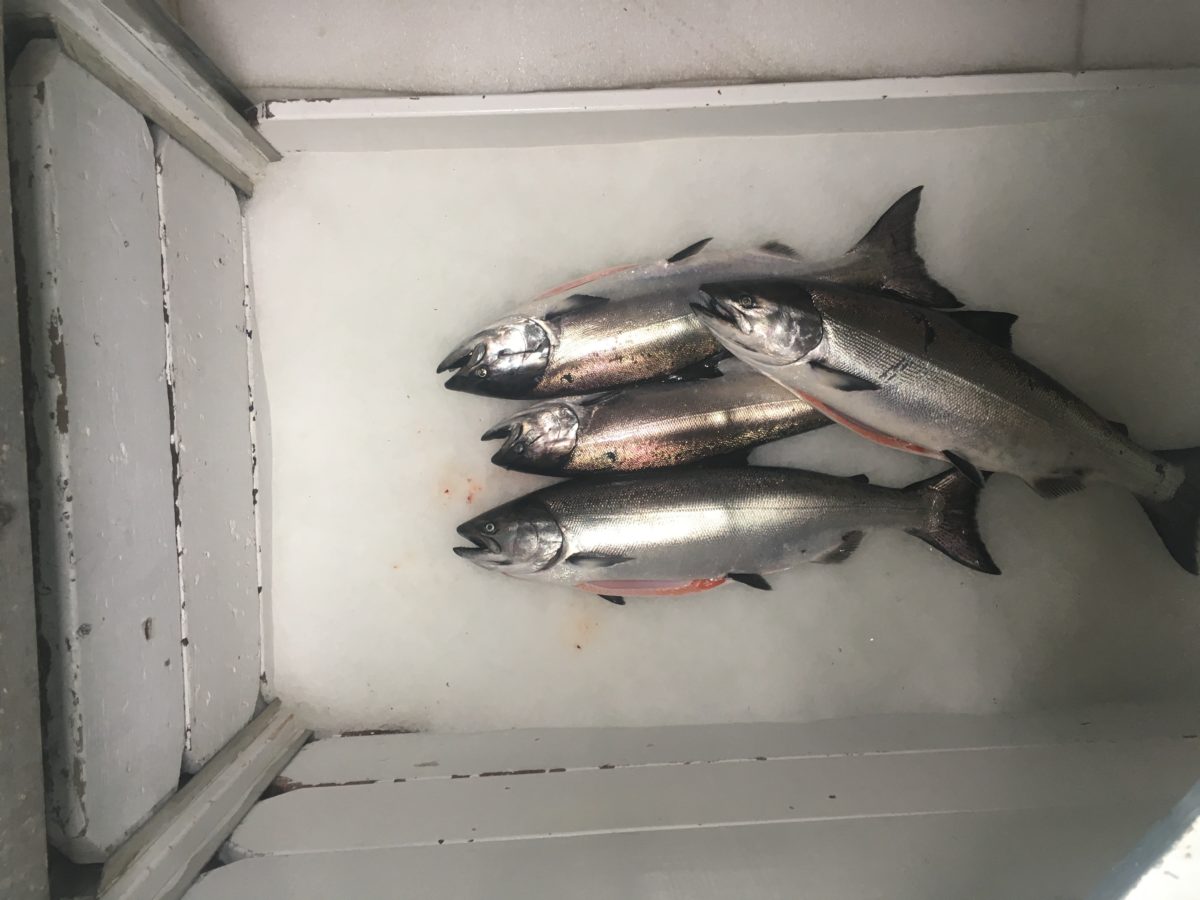 My audience keeps expanding, which is great, but every time the audience expands I have to take a step back and find the right altitude at which to fly to explain these things. And you know to some degree the omega-3 in the film is the MacGuffin. It’s important, but it’s also a way to talk about all these other things.

Omega-3 is also the Forrest Gump molecule. In the film, Forrest Gump shows up at these key moments throughout history and you’re not quite sure what he does, but you know it’s important. And if you look at it from a health perspective, omega-3 exactly reflects our obsessions of the moment. In the 70s and 80s everyone was afraid of dropping dead of a heart attack, so Omega-3s were immediately plugged into cardiology.

They used to think it was connected with lowering cholesterol, but it seems like the evidence is it doesn’t lower cholesterol. But that was our obsession and now that we have angioplasty and statins people aren’t as worried about heart attacks anymore. Now they’re worried about losing their minds and becoming demented. So, where has the Forrest Gump molecule wandered now? It’s into the brain. So, that’s the altitude that I’ve chosen to take in my next book. And at the same time, it frees me up to talk about food systems which is to me the really important stuff—much more important than my own heart and brain.

Let’s talk about changing perceptions about fish farming. Do you find it ironic that while a small percentage of the population has questioned many of the methods behind aquaculture in the last decade, the actual numbers of pounds of farmed fish that we’re consuming has grown enormously?

Yes, it’s like [the moment in] “Casablanca” where Louie comes in and raids the casino and says, “I’m shocked, shocked to see gambling going on in this establishment!” Then the croupier goes up to Louie and says, “Your winnings, sir?” and he says, “Thank you very much.” That’s kind of the way we feel about farmed fish.

But the fact is that fish farming is getting better. There’s one very basic metric that has really changed, and that’s the amount of fish eaten by farmed fish. The fish-in-fish-out ratio has really come down. The possibilities of alternative feed really have risen. And I actually think in about five years things like algae and soldier flies will be a really major part of the aquaculture portfolio. And we’ll start to see that argument [against farmed fish] getting dropped.

In 2007 and 2008, when I was doing the bulk of the research for Four Fish, the aquaculture industry was in a certain place. But it has changed. You had Ted Danson screaming at the top of his lungs and the celebrity on the Oceana board, saying, “Nobody should be farmed fish.” Now you have people like Leo DiCaprio who came out and strongly urge that everybody eat more farmed fish.

Any piece of seafood—be it farmed or wild—is going to have a smaller carbon footprint than any piece of land food meat, so it’s hard to argue against it in a much bigger sense.

A lot of folks are pointing to open-ocean or offshore aquaculture as a promising solution. What are your thoughts about that?

I certainly have thoughts about it; I don’t know if I’ve made a decision about it. On a basic level, putting aquaculture pens in the open ocean with more current and more water [for circulating the waste] certainly seems to make more sense. A few years ago I wrote an article for Conservation Magazine about open-ocean aquaculture and I kind of stressed a somewhat positive vision of it. I ran it by an ocean conservationist and he was just livid that I would even suggest this idea because he argued that if you had tons and tons of sea pens out there, you’d essentially change the chemistry of the ocean and it could have large consequences. And I suppose that’s true but it’s also a hypothesis.

If you could irrefutably prove that any addition of aquaculture will result in an offset of wild fish capture then aquaculture wins. But so far we haven’t been able to prove that. And I don’t know that we ever will. So, that to me is the larger question. If we were to add a bunch of open-ocean pens and introduce these additional nitrates and so forth into the offshore environment but it meant taking away thousands of miles of long lines that [inadvertently] catch turtles and other aquatic life, maybe it would be okay to have a few ocean pens. But that hasn’t happened yet. 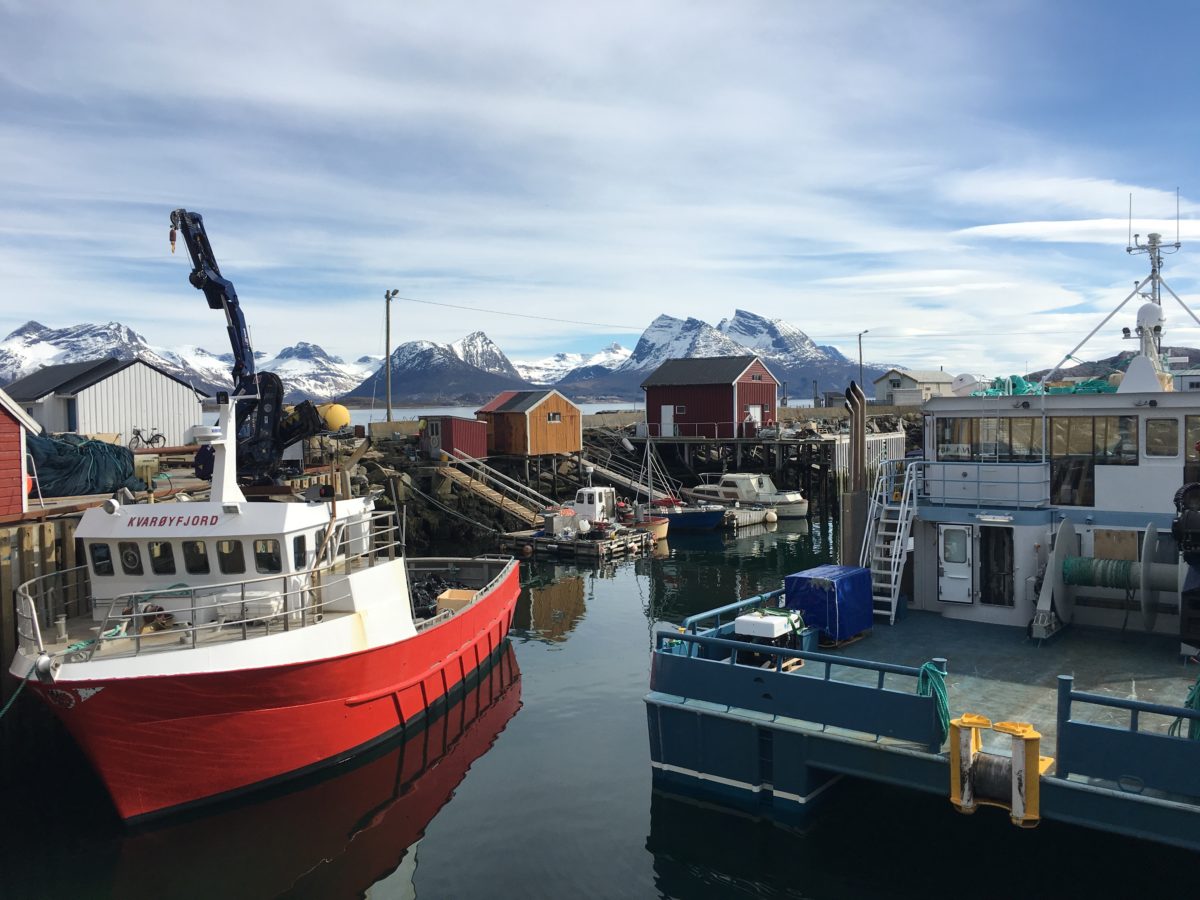 Do you want to talk about the good actors—like Kvarøy Fiskeoppdrett, the fish farm you visited in the Arctic Circle?

As far as I could see, if you’re going to do net pen aquaculture, that is about as good as it could get. For one thing, they have much lower stocking densities than the industrial guys further to the south [of Norway]. They were using lump suckers to eat the sea lice off of the salmon. They create this artificial kelp bed that the lump suckers cling to and the salmon swim in and they get kind of cleaned off like in a car wash. The feed they use has a low fish ratio and it’s all coming from waste from other fisheries.

So, you know, they’ve pushed the model as far as it could go [sustainability-wise]. On the other hand, there are people who say there’s a limit to how far that model can go. And that’s what drove us to go see Bren Smith’s mussel and oyster operation in Connecticut because that is truly different and truly less impactful than salmon farms. But do you want to eat mussels as often as you eat salmon?

Yeah, I’ll be really curious to see if Bren can grow his operation in the current market.

We’re flesh eaters. As Americans, we’ve really gotten used to wanting a big chunk of meat-like flesh on our plate and it’s going to be very hard to change that.

One of my favorite parts of the film was the scene in the fish market, where you talked about what you buy and why. You’re the person I think a lot of us should be going to the fish market with.

Thanks. Maybe I’ll start a little side business after my next book is done.

Yeah, you could probably give thousand-dollar tours to women from the Upper East Side. Anything else you want to add about the film?

If folks want to learn more they should read my books, Four Fish and American Catch. Films take you places that you couldn’t normally go and show you images that you wouldn’t see, but to really ponder things, I still believe in the power of the written word.