Returning Native Seeds to Their Roots 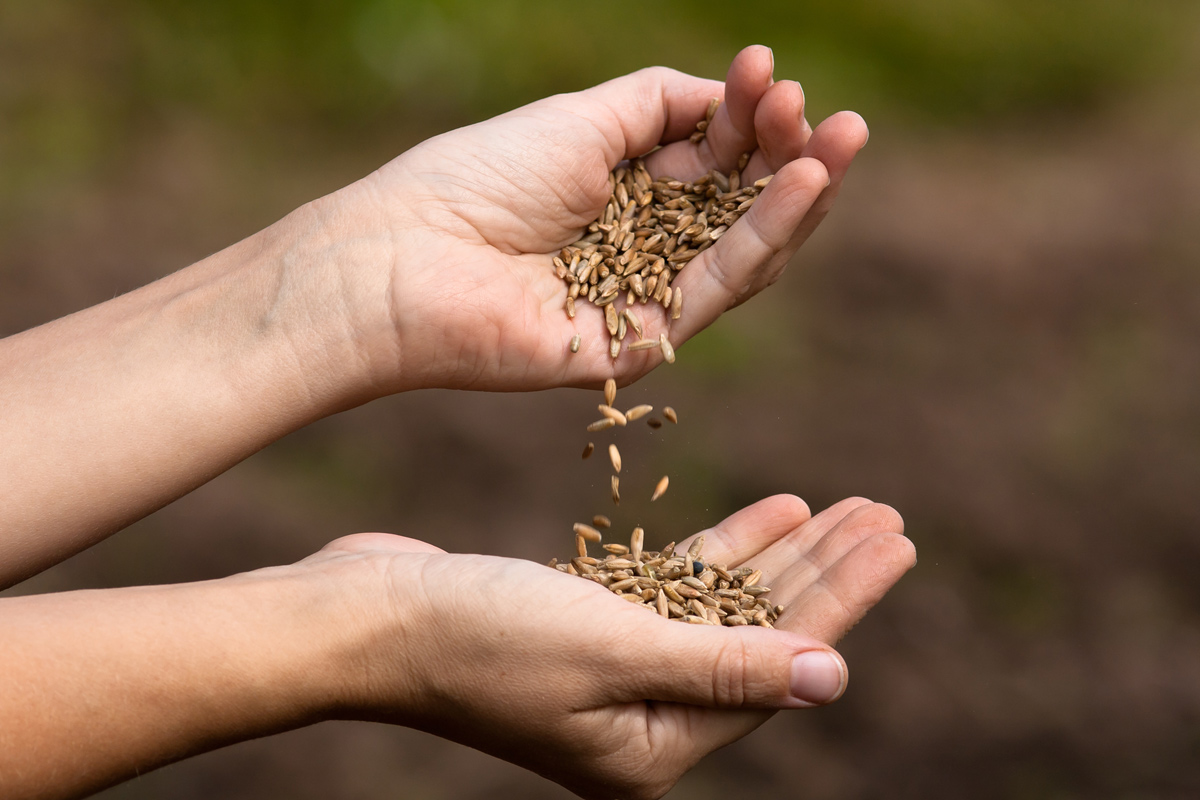 Late last spring—almost too late, really—a diverse team of volunteers gathered at the Hudson Valley Farm Hub, a nonprofit in the town of Hurley, New York, to plant seeds. Over the course of two days, Akwesasne tribal members led traditional ceremonies and oversaw the sowing of several nearly extinct varieties of corn, beans, and squash—the vegetables that make up a three sisters garden.

These crops, which once sustained Native Americans throughout the greater northeast, are disappearing from tribal lands. And this garden was the Hudson Valley community’s effort to restore tribal foodways.

Earlier that year, Rowen White, an avid student, advocate, and seed saver for Native American communities, was finishing up a visit with Ken Greene, the founder of the Hudson Valley Seed Library, the Hudson Valley Seed Company and a founder of Seedshed, a nonprofit that established a Native American seed sanctuary. On her way out, White gave Greene five varieties of seeds: Mohawk red bread corn, Canadian crookneck squash, buckskin brown bean, Buffalo Creek squash, and some Onondaga sunflower thrown in for good measure. Greene weighed them in his hand and wondered what to do next.

He didn’t have to wait long; the next day Bob Dandrew, director of the Farm Hub, called. “He said he was interested in growing out Native American seeds and asked if I would be interested,” said Greene. “It was an amazing moment, like the seeds reached out into our community to figure out how they were going to make a home here.”

White’s seeds were on their way toward replenishing stock and providing food for the Akwesasne. And the race to get the seeds in the ground was on.

The Long Road to Rematriation 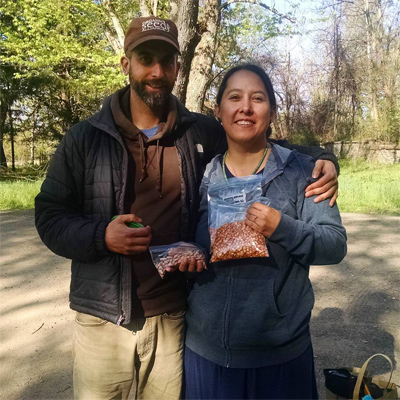 The path that brought Rowen White and her seeds to the Hudson Valley started at her home on the St. Regis Mohawk reservation near the Canadian border. (A word about tribal names: White and all the others I spoke to often use “Akwesasne” instead of the English name “Mohawk.” The same goes with the federation that covers the Northeastern United States, which Native Americans call “Haudenosaunee”—meaning “people of the long house”—instead of “Iroquois.”)

“I was always interested in gardening,” said White, “but my parents and grandparents were not of the farmer generation. Our community didn’t do it any more because of the impacts of acculturation and educational policies.”
In 1997, White enrolled in Hampshire College in Western Massachusetts, which had a working farm. “I was interested in food and food sovereignty,” she said. “And that’s where I started to learn about heirloom seeds and the conservation of genetic diversity. It sparked something: Seeds have stories, and people have connections and relationships to seeds,” she said.

After graduating, White stayed at Hampshire to teach. While on maternity leave, she started Sierra Seeds in Northern California, a collective for indigenous seed conservation education and mentorship as well as a seed company and seed CSA.

She has spent the last 18 years working to restore native seeds. The work has taken her around the country to visit tribal communities and speak with elders. The first seed she grew out was a white corn; then she began to trade the seeds. “We need to get more people growing our own seeds to bring them back to good health,” she said. “This is intergenerational work.”

Despite these bleak numbers, White is optimistic about the enthusiasm for native seed gardening. “I have so much hope about how this work will empower us and give us access to healthy food and do what needs to be done to feed the children.”

Because Native American women were traditionally the keepers of the seeds, White is calling this reclamation of seed—which includes Iroquois tooth corn, Ho-Go-Wa corn—rematriation.

“The seeds belong to the women,” she said, “and we’re talking about putting them in their rightful place.”

From the beginning, White worked with the Seed Savers Exchange and the U.S. Department of Agriculture to build her seed library. In 2013, she was able to join forces with the newly formed Native American Food Sovereignty Alliance, and is now the project coordinator for the Indigenous Seed Keepers Network, which is tasked with connecting tribal seed projects.

The Power of Seeds

Come autumn, the tribal seed project at the Farm Hub had succeeded beyond Greene’s expectations. The third of an acre of Mohawk red bread corn, which the Akwasasne use to make dumplings, was thriving, as was the three sisters garden, which contained about 75 mounds each planted with corn, beans, squash, and sunflowers.

At harvest time, White came in from California and Perkins brought a group from upstate. Volunteers and Farm Hub workers were taught how to thresh corn using their feet and how to braid the husks using a traditional method; the resulting chains were hung to dry. “It was a really intense cross-cultural healing process,” said Greene. “And we got a lot of seeds out of it.” From the original six pounds came 800. All the seeds and the food went back to the Akwesasne.

“These were sacred varieties, so they’re not available commercially,” said Greene. “Not all seeds are meant to be commodified.”

Up on the reservation, children made and sold squash pies. After some thought, the children decided to send the money to the Standing Rock Sioux tribe protesting the Dakota Access oil pipeline. “This is the power of seeds!” said Greene. “Sometimes we feel small, but we can be small and powerful.”

This year, planting will start much earlier, said Greene. With White’s help, the seeds were selected to keep the vegetables as true to their original forms as possible. Cobs of corn were set aside using information White recorded after talking to elders, who could describe what the native foods once looked and tasted.

“This is a garden of reconciliation,” said White. “It brings together people, cultures, and communities and addresses what was taken by the colonial settlers. It has a great capacity for healing.”