Can We Eat Our Ramps and Have Them Too? | Civil Eats

Can We Eat Our Ramps and Have Them Too?

Ramps—also known as wild leeks or ramson—are a staple of spring foraging and local food festivals across the Northeast. Now, a movement is afoot to keep us from loving them into extinction. 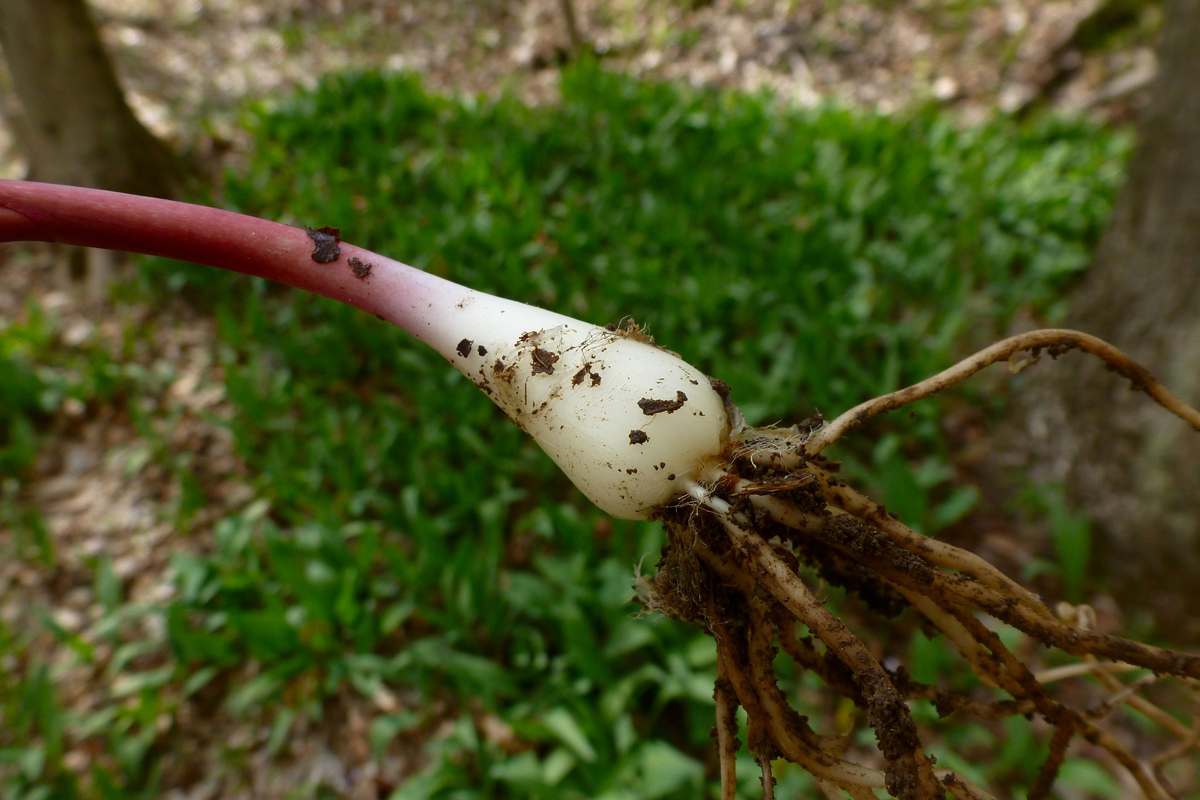 In Richwood, West Virginia, as many as 2,000 people are expected to attend “the grandaddy of all Appalachian ramp feeds” on April 22. The Feast of the Ramson, which features live music, crafts, and food, is a tradition stretching back to 1937.

Williams said the fragrance of these wild onions, known also as ramson or wild leeks, is so strong that it lingers long after a meal has been consumed. “During ramp season, you’ll see signs outside the dentist’s office telling people who have eaten ramps to reschedule their appointments,” she added.

Stinky or not, Williams said, people love ramps and return every spring to feed on the fragrant greens, which grow wild across the Northeast and Canada.

Even with hundreds of mouths to feed, Williams said over-harvesting isn’t a concern in Richwood. Nor is it something that worries the organizers of the annual Ramp Tramp Festival in Polk County, Tennessee, which is planned for later this month.

Extension agent and festival organizer Kelley Frady said volunteers dig about 100 pounds of ramps for the festival, which hosts between 100 and 200 visitors each year. (A pound can contain as many as 40 to 80 plants.)

Getting enough ramps can be difficult, Frady said—but only because of a lack of manpower.

“There are plenty of ramps,” Frady said. “The main worry is having enough people to go up and dig them.”

Outside Appalachia, however, where these early season greens have begun making appearances in high-end restaurants as well as on websites selling the bulbs, a growing number of scientists and ecologists have begun to worry about the future of the species.

“Over the last couple of decades, interest in these edible forest products has spread to local farmers’ markets and to big city restaurants where world-famous chefs want to cook with them,” Chamberlain said in an interview in 2016.

Indeed, that year, conservation organization United Plant Savers named Allium tricoccum to its list of plants “to watch” due to its sensitivity “to the impact of human activities.”

“We’ve determined that these plants are at risk because of unsustainable harvest,” explained United Plant Savers outreach coordinator John Stock.

The U.S. Department of Agriculture (USDA) also notes that ramps are considered plants of “special concern” only in Maine, Rhode Island, and Tennessee, meaning that they are vulnerable to becoming threatened or endangered.

As ephemeral as ramps may look when they peek out from the ground in spring, the plants take years to reach maturity and reproduce, research biologist Michelle Baumflek of the U.S. Forest Service explained. “If you’re holding one in your hand, the fat stem you’re holding could be seven years old,” Baumflek said.

Plants reproduce from seed, but also by vegetative reproduction, in which the bulb of the plant sends up a flowering stalk, then begins to divide in two and, eventually, split apart. The process is extremely gradual—the plant can take five years to produce a seed, and then seeds can take more than a year to germinate.

One alternative to digging up bulbs is to harvest just the “tops,” or leaves of the plant. But the plant has a longer shelf life when harvested whole. And tradition plays a part as well.

“People are particular about how they eat their ramps,” Baumflek said, noting that it is not uncommon for some people to eat only the bulbs and stems, and discard the tops.

Stock agreed that time-honored traditions are unlikely to change. “We’re not going to convince the Racine Fire Department that this year they’re just going to serve tops at the ramps dinner,” he said. “They’ve been doing this for decades, and that’s just how it’s done.”

But, he argues, one advantage of a growing market for ramps might be the opportunity to introduce new traditions. “People who are newly introduced to ramps can get the same flavor from just the leaf of the plant.”

No scientific data is available to support the theory that leaving the bulbs in the ground can help sustain ramp populations—at least, not yet.

Now Chamberlain and Baumflek are studying the effects of commercial harvesting of ramps in Michigan to learn how harvesting methods affect wild plant populations. As they continue their research, the question remains as to whether the growing demand for ramps can be met sustainably—and what harvesters and consumers should do about it.

Marguerite Uhlmann-Bower, an herbalist who leads wild plant walks in upstate New York, is saying “no” to ramps—at least for now.

“I haven’t harvested leeks in three years—I just go and visit them,” she said. “I’m abstaining, to make a point to myself.”

In a Facebook post, Uhlmann-Bower urged others to “take the ramp challenge” and either avoid or minimize harvesting the plants. She hopes consumers—whether at a festival, farmers’ markets, or restaurants—will ask questions about how ramps were harvested before buying them, and consider eating their leaves instead of the whole plants. But she acknowledges that the issue is a complicated one.

Emily F. Popek is a communications specialist and former newspaper editor, where she received a New York Associated Press Association award for column writing. She is the author of three nonfiction books for young readers, and lives in upstate New York. Read more >