Fighting Trump, One Delicious Meal at a Time | Civil Eats

Fighting Trump, One Delicious Meal at a Time

An informal group of women of color has combined their skills—from baking to political organizing—to educate people about effectively fighting Trump and his policies. 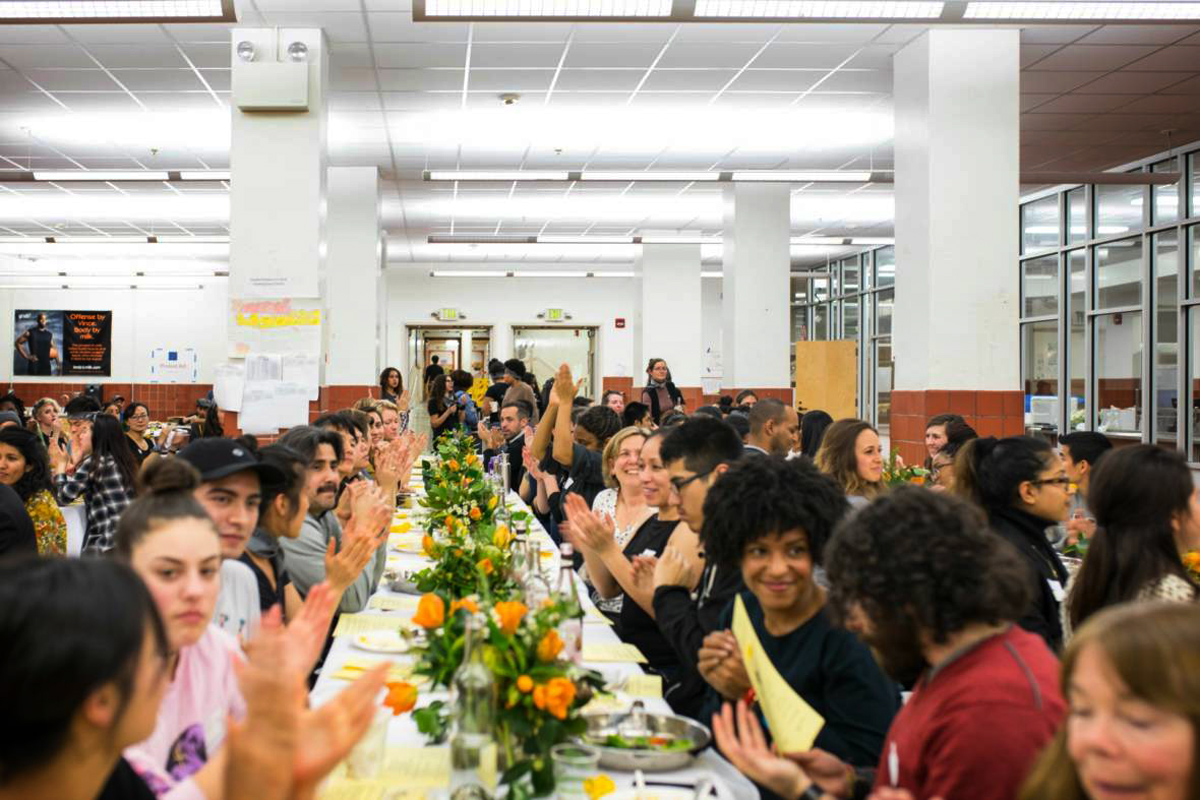 Last year, a group of women started meeting in San Francisco. It was an informal group, composed of women of color who worked in the San Francisco food world at places like Tartine and Bi-Rite. They used the potlucks to swap stories and share advice. After the election, the mood darkened.

“We were all feeling different levels of grief, despondence, confusion, [and] frustration,” said Leslie Mah, one of the group’s organizers. During one of the meals, someone wondered what they could do to combat President Trump’s administration. “We started naming things, and it started coming together—ok, we actually have a lot here,” Mah said.

Last November galvanized the group, organizer Shakirah Simley said. It made them want to “come together as a community and build something that was sincere to our needs as women, as folks of color, as people who understand these pretty intense issues as [they] relate to class, race, gender, immigration, labor and the economy,” Simley said. “We see all those things as industry folks.” 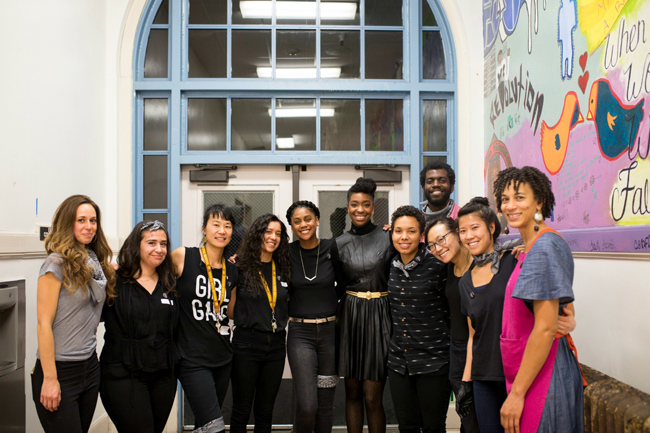 Nourish|Resist members at their first event in January.

The group decided to formalize the group as a tool for political action, and dubbed themselves Nourish|Resist. They came up with a slogan: “Hate won’t feed us.” And since then, the group has combined their skill sets—from baking to political organizing—to educate people about how to effectively fight Trump’s policies.

The group takes a dual approach. Part of their work is internal, reminiscent of those early group dinners. It’s a safe space for women of color to discuss the mundanities and frustrations of their daily working lives. “When people think of resistance, they think of a protest. We like to think our existence is resistance,” Simley said. “In order to do that external organization, I like to say you have to take time to sharpen your saw before [you] can slice through wood.”

Their other work is external, a collection of events that facilitates direct political action. Many in the group have political and organizing backgrounds. Mah worked for MoveOn during the beginning of the Obama administration, and later worked as a paralegal for death row inmates before switching careers to work at Ritual Coffee Roasters, where she’s currently head roaster. Until recently, Simley was Bi-Rite’s community program manager, where she worked on community development projects like increasing the amount of healthy food at corner stores. 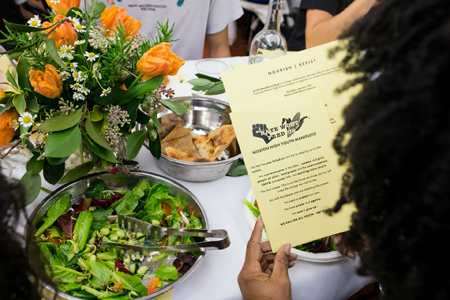 Yet the group also emphasizes the importance that comes with the first part of their name, the power that comes with feeding people. “Breaking bread is an essential part of bringing people together that’s disarming,” said Simley. “Everyone eats. You can’t do this work unless you’re full. We want to make sure that [we’re] paying homage to what we’re really good at and what we know, which is food, beverage and hospitality.”

An Unpresidented Meal, the group’s first event, took place at Mission High the night before the inauguration. The group organized a meal—salad, turkey kofta—and instructed the high schoolers on how they could channel their frustrations. They made protest signs together, and talked about the rights people have when protesting. Don’t just stop there, the group urged, instructing them how to set up a citywide network of young activists.

“People don’t respect the power of youth,” Simley said. “Youth are not apathetic because they don’t care, youth are apathetic because they feel like people don’t care about them. The minute you give youth resources, or agency or ask them what they think, they can be really engaged. They told us at our resistance dinner, ‘we’re inheriting something you created.’ And it’s not fair.”

Other events followed. Around Valentine’s Day, they provided chocolate and writing supplies for a “love letters to legislators” event, as well as tips for a useful letter (don’t just be angry, mention a specific bill or action you want them to support). The event yielded hundreds of colorful postcards to local politicians. The goal, Mah said, is to show people exactly what actions they can take to create the most amount of change.

“A lot of times, people want to do something, yet there’s a lack of understanding of how to do that,” Mah said. “We’d like to create a very tangible pathway of activation and participation that’s not just for the white majority who enjoy privilege, but also [for] very silenced majorities who have not been able to activate themselves for either fear, a sense of vulnerability, or a lack of support.” 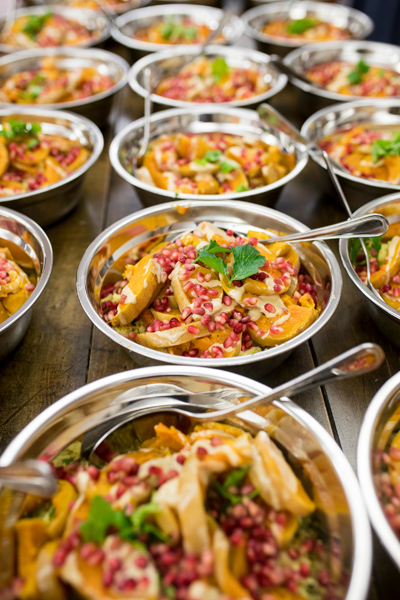 Part of the night’s meal at An Unpresidented Meal.

Their goal isn’t merely to motivate San Franciscans, who have a wealth of resources and like-minded cohorts available to them. Nourish|Resist puts their resources online, so other groups throughout the country—who might be the Democratic minority in a red state—can easily create their own version of Nourish|Resist.

The group is currently planning more events,  including one this Friday about the role of race in the kitchen. In the future, they hope to connect with more women, and encourage people to participate in local and state elections. They also have loftier goals. They want to, “foster personal and food security for our community,” and “create coalitions across our similarly minded movements, people, and organizations.” It’ll be a slow journey, requiring an excess of time and money from workers in an industry that thrives on little of both. But Mah and Simley are excited for the future, excited to use their passion for local, sustainable food to challenge the new political reality, and show others that food is far from apolitical.