The USDA no longer requires country-of-origin labeling (COOL) for beef or pork, but some see an opening under Trump’s rallying cry to “Buy American.” 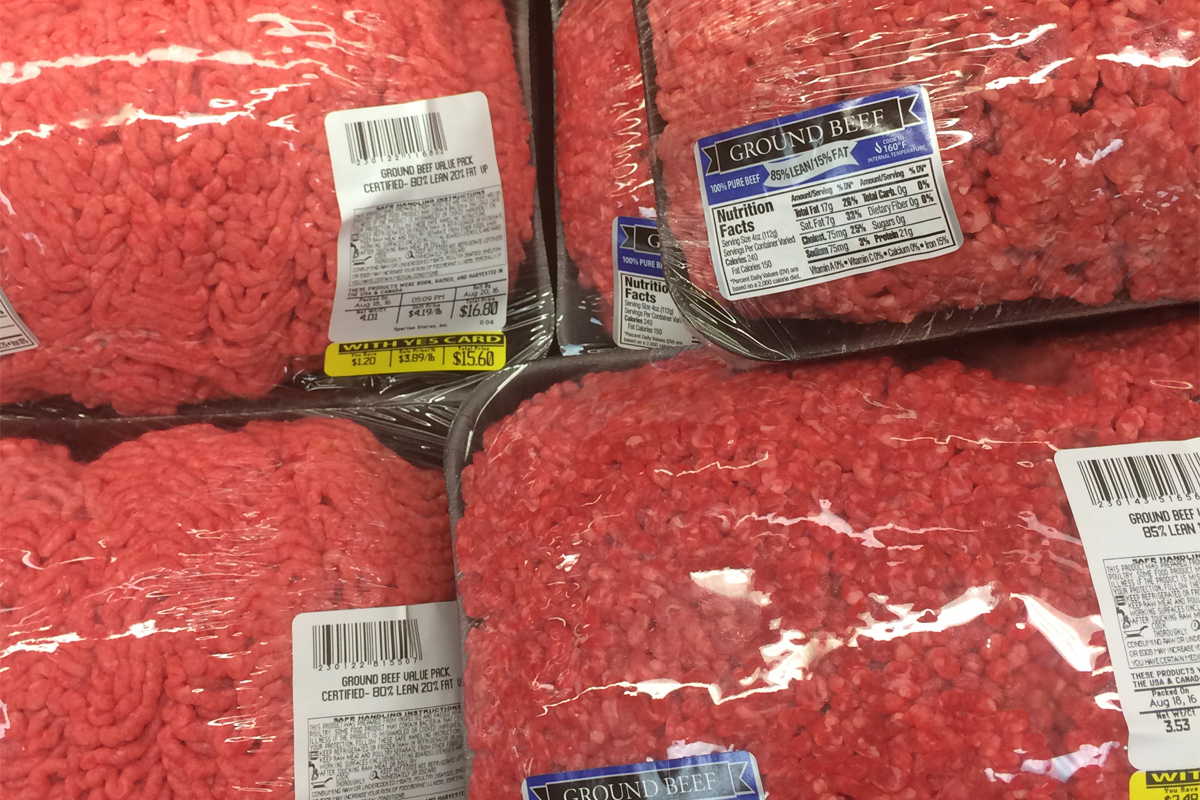 The question “Where does my meat come from?” took on new urgency last month when a corruption scandal at JBS, the world’s largest meatpacking company, prompted countries around the world to ban imports of Brazilian beef to avoid tainted meat.

Although the scandal hasn’t directly impacted the U.S. yet, the U.S. Department of Agriculture (USDA) announced it was stepping up inspections of Brazilian beef, while lawmakers called for both a ban and more oversight of such imports.

But U.S. consumers have no way of knowing whether the beef in their local grocery store comes from Brazil. That’s because while the USDA requires some meat imports to be labeled, beef and pork became exempt last year following Congress’s repeal of the country-of-origin labeling (COOL) law. COOL was—and is—supported by many U.S. ranchers and food safety advocates. But the regulations ran afoul of World Trade Organization (WTO) rules and would have resulted in massive tariffs on U.S. products, prompting lawmakers to rescind the rule.

Big meat producers and their trade associations lobbied against COOL requirements and continue to oppose them, arguing that they’re costly and provide few benefits. But now, some COOL advocates see an opening to push for this labeling under President Trump’s call to “Buy American.” Their efforts raise important questions about what, if anything, country-of-origin labeling can do to support safely—and fairly—produced meat.

Lack of Consistency in Labeling

Under current USDA regulations, beef, pork, and turkey need not carry country of origin labels, while chicken, lamb, and other meat products do. All meat must pass USDA inspection and typically caries a USDA “inspected” label. But what consumers see at the supermarket varies widely.

Costco and Safeway/Albertsons both confirmed that they no longer require country-of-origin labels on beef or pork per the new federal rules. Kroger’s QFC stores label the certified Angus beef they sell with “Product of USA” stickers, but those labels won’t necessarily appear on all U.S.-produced beef. And some retailers’ packages don’t include a USDA “inspected” label.

Meanwhile, stores that support labeling and local food go well beyond federal requirements. Whole Foods uses country-of-origin labels on all of its meats, including beef, pork, and turkey. And the Oregon-based New Seasons chain’s meat has shelf-tags with specific language about the source, such as “Oregon & Washington” or “Western States” and often include the name of the farm that supplied the meat.

“Most farmers and ranchers not tied to the bigger system are trying to get consumers to understand the value of locally produced meat and poultry,” explained Institute for Agriculture and Trade Policy (IATP) senior analyst Ben Lilliston. Country-of-origin labeling requirements “could help differentiate their product in the marketplace,” he added.

This is also why the Ranchers-Cattlemen’s Legal Action Fund (R-CALF) is squarely behind COOL. “We believe there is an increasing awareness for and desire to purchase American products,” said R-CALF CEO Bill Bullard. “The multinational meatpackers want to be able to source beef and livestock from anywhere in the world and bring it into the U.S. market and rely on the USDA inspection sticker to convince U.S. consumers that it’s a good product and likely domestic.” But there’s considerable complexity behind these labels.

One of the sticking points in the now-defunct COOL requirements for beef and pork was whether meat from animals born outside the country (in Canada or Mexico, for example) but raised, slaughtered and processed in the U.S. was a “product of the USA.” Bullard explains that R-CALF supported labels specifying that meat was born, raised, and slaughtered in the U.S.

Many big meatpackers, including the National Pork Producers Council, consider this unnecessary and the related production requirements cumbersome and expensive. Bullard worries that, under the change, imports of livestock could expand. And, he added, “The U.S. has been systematically relaxing import standards,” but the details are often buried in USDA inspection requirements and international trade agreements.

“If you’re in the grocery store and see Mexico or Brazil or Minnesota [on the label], you might be more inclined to purchase the U.S. product,” said Lilliston. “That’s exactly why the big guys don’t want it.” Large-scale producers objected claimed the COOL requirements as written impinged on their free-speech rights and picked “winners and losers in the marketplace with no benefit to anyone.”

One aspect of the debate arises from different beliefs about COOL’s primary purpose. Is it for marketing or food safety? It depends on whom you ask. No one is suggesting COOL requirements could substitute for USDA inspections, but some proponents think it offers consumers greater transparency, helping consumers choose the safest product, and also one that takes into account equity and fairness for workers. Many Big Ag supporters say COOL is purely a marketing device.

“It has nothing to do with food safety. Many folks don’t understand that,” said Sarah Little, communications director for Senator Pat Roberts (R-Kansas), chair of the Senate Committee on Agriculture, Nutrition and Forestry. Senator Roberts, Little added, “has no problem with U.S. producers labeling their meat ‘raised in the U.S.’ or whatever. He thinks it should be voluntary, not mandatory, which is what triggered the WTO case.”

Dave Warner, National Pork Producers Council spokesperson, agreed. Country-of-origin labeling, said Warner, has “no safety rationale.” Those who are pushing for it now are “doing it strictly as a ‘buy U.S.’ kind of deal,” he said.

But these labels aren’t so simple. National Farmers Union’s director of government relations Barbara Patterson explained that, while the COOL rule was not a food safety program, the labels could be written to help trace meat to the farm where it was born and raised.

“If you have a BSE [mad cow disease] outbreak or if you have the scandal like what’s happening now around the Brazilian meat, COOL gives consumers the information they need to make a choice,” said Patterson. And, under such circumstances, COOL also “helps not drive down the market for every other beef product.”

What the Politics of COOL Mean for Meat Safety

While new food labeling requirements seem unlikely given the Trump administration’s antiregulatory stance, some advocates see possible support for COOL in Trump’s “Buy American” trade policies. Among them is R-CALF, which has launched a “COOLin100” campaign calling for the administration and the 115th Congress “to reinstate COOL for beef and pork during the Trump Administration’s first 100 days in office.” Country-of-origin labeling is also on a wish-list of “trade principles” released unofficially by the Trump administration.

“We believe there is an increasing awareness and desire to purchase American products,” said Bullard. He’d like to see a new labeling requirement backed by stronger import safety standards and inspection requirements.

But it seems clear that there’s a wide gap between the transparency and support for sustainably and equitably produced food many COOL advocates support and Trump administration policies.

Lori Wallach, director of Public Citizen’s Global Trade Watch, described COOL as a “basic consumer right-to-know issue.” In that sense, she sees it as similar to GMO labeling and “a real organic standard.” “We should be able to know what we’re choosing; we’re the eaters.” But the global marketplace, said Wallach, is now dominated by corporations “that don’t want consumers to have the information to make those choices.”

What, if any, form COOL will take in any Republican policies remains to be seen. In the meantime, if you’re leery of Brazilian beef and want to make sure you’re not buying it, you’ll probably want to seek out a specially labeled product or avoid beef altogether.