Mapping the Benefits of Farm Biodiversity 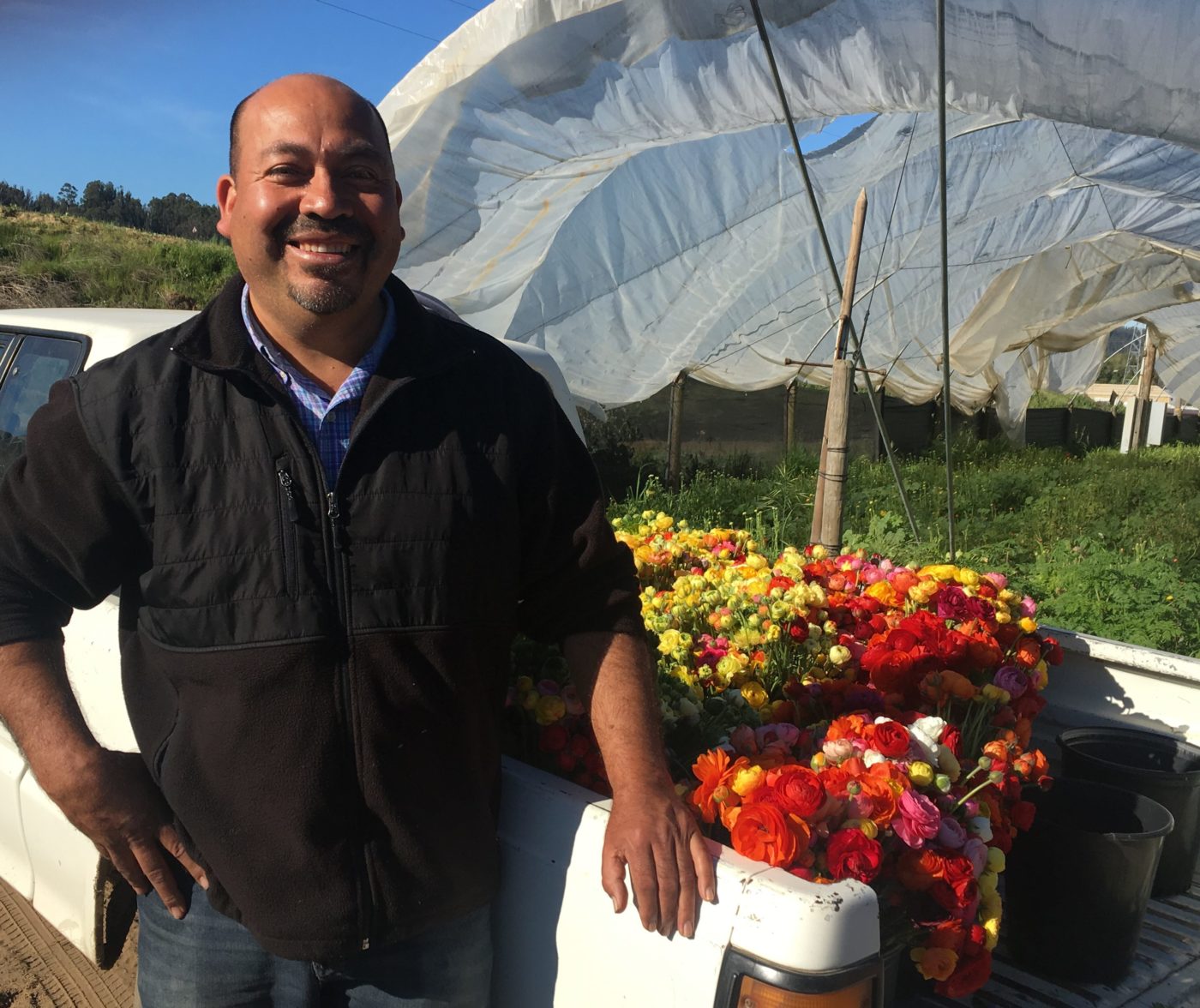 Ninety miles south of San Francisco, the farm town of Watsonville looks like it may have been the inspiration for the Beatles hit “Strawberry Fields Forever.” In wintertime, long strips of black plastic cover the earth, as growers fumigate next year’s strawberry beds with compounds like chloropicrin, which has been designated by both the Environmental Protection Agency and the California Department of Pesticide Regulation as an air contaminant.

Because strawberries are so often planted on their own here, year after year, the industry has resorted to these chemicals to control soil-borne fungal diseases like verticilium, which thrive in the company of their strawberry hosts. But organic grower Javier Zamora has a different strategy.

“I make sure before and after strawberries there’s always something different,” said Zamora, whose JSM Organic Farms has expanded from 1.5 acres to over 100 acres in just five years. “I normally plant broccoli right after—no potatoes, no tomatoes, no eggplant in the three years between strawberries. Those things host the same diseases.” Diversifying his crops hasn’t completely eliminated pests, Zamora said, but it’s made them easier to manage so they don’t damage his harvest. It also relieves the pressure of soil-borne diseases.

In addition to carefully planning his crop rotation, Zamora also mixes things up by intercropping—planting marigolds at the end of his strawberry beds and perennial flowers like lavender in between them.

“Every flower will have a benefit of hosting some beneficial insects and it’s also something I can sell at market,” Zamora said. An immigrant from Michoacán, Mexico, Zamora enrolled in community college at age 43 before entering the Agriculture and Land-Based training Association (ALBA) program to pursue organic farming. He attributes his success to his disciplined crop planning and attention to soil health. “When you’re very diversified like I am,” Zamora said, “you have to be on top of your game. I already know where my 2018 strawberries are going to be planted.”


While Zamora has been planning out his rotations, a postdoctoral researcher two hours north in Berkeley has been analyzing dozens of studies of farms that grow a diversity of plants and rotate their crops, to try to understand which rotations promote better pest control. David Gonthier, who was recently hired as an Assistant Professor at the University of Kentucky, has no doubt that crop rotation is an effective tool for breaking up pest and disease cycles, as well as improving soil health, managing nutrient balance, and improving water retention—benefits that ecologists have corroborated in recent studies from Iowa to Ontario.

While the ecological literature has firmly established that crop diversity is generally good, however, studies that help farmers home in on exactly which crops to rotate are few and far between. To address this gap, Gonthier and his collaborators at University of California, Berkeley and University of California, Santa Cruz are developing a new method, merging participatory research, GIS mapping of farms, and a measure of evolutionary relatedness called “phylogenetics.”

Imagine a tree of life, Gonthier explains, with different plant families branching off from common ancestors in the process of evolution. Theoretically, more distant plant cousins are less likely to host the same crop pests and diseases, which makes them a potentially powerful tool for farmers like Zamora, who intentionally design crop rotations to interrupt potential pest habitat. But just how distant do these plant cousins need to be?

As an ecologist focused on biological pest control, Gonthier was intrigued when he read a 2015 paper by UC Santa Cruz ecologists Greg Gilbert and Ingrid Parker, published in the journal Nature. In a study of grasslands, Parker, Gilbert, and their coauthors found that plant communities with greater concentrations of more distant cousins—or “phylogenetic diversity”—had lower levels of disease. Gonthier got in touch with Gilbert and Parker and asked if he might replicate their methods to see if this principle would hold true on the farm.

Gonthier started by analyzing existing studies of crop rotation to see if evolutionary diversity could help explain which rotations worked better. But many of the studies he found were conducted on small research plots, and Gonthier wasn’t sure how well those results would extrapolate to farm-scale ecosystems. So he started collaborating with farmers, including Zamora.

Working with 27 strawberry farmers in northern California, Gonthier and his team are now developing GIS maps of crop diversity at the whole-farm scale, color coded according to evolutionary “distance-to-strawberry.” In the process, they are not only generating research data, but also co-creating visual tools for adaptive management in collaboration with farmers.

Farmers participating in the study can use these graphical representations of their farms’ evolutionary diversity to compare the environmental performance of different crop combinations, mapping their own monitoring data and observations onto the data gathered by Gonthier and his team. The maps have also facilitated a dialogue between farmers and researchers about crops that fill both ecological and economic niches. The wide array of ornamental flowers Zamora is growing, for example, adds both biodiversity and a new high-value crop to his operation.

Beyond Diversity, Applications to Entire  Ecosystem

Beyond such immediate benefits to growers, Gonthier believes, encouraging more functional biodiversity on farms could help increase dietary diversity and food security—and could contribute to solving large-scale environmental problems for growers of many other kinds of crops.

If farmers can reduce pesticide and fungicide use by designing farm ecosystems that better control pests on their own, this could greatly reduce the load of toxins that affect soils, watersheds, and rural communities. Increased biodiversity can also help farmers improve their resilience to climate change, as new pests and diseases will likely accompany rising temperatures and shifting precipitation patterns. Moreover, Gonthier foresees the GIS maps helping farmers look at an array of processes on their land—from how plants use nutrients to how to adequately feed and attract pollinators.

Gonthier is also quick to emphasize that when farmers opt for monocultures over diverse growing systems, it is usually a product of the politics and economics of the farm sector. Moving forward, Gonthier plans to collaborate with social scientists to address such barriers, while working with farmers like Zamora to understand what rotations are ideal for their operations. Because—with all due respect to the Beatles—strawberry fields probably shouldn’t go on forever.

Dr. Liz Carlisle is a Lecturer in the School of Earth, Energy and Environmental Sciences at Stanford University. She is the author of Lentil Underground and her writing appears in the New York Times, Los Angeles Times, Ensia, and the Stanford Social Innovation Review. Read more >