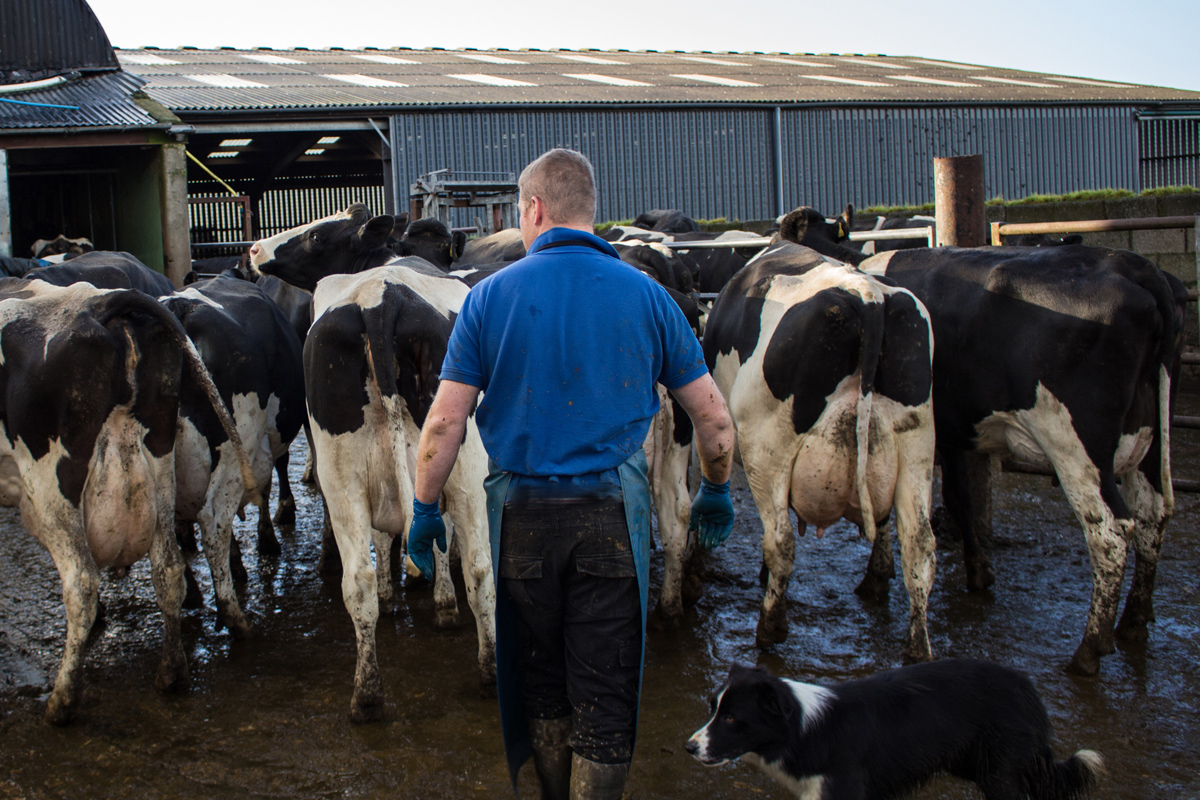 Boarded-up business districts. Abandoned warehouses. Barns and homes covered by tarps slowly collapsing into the earth. It was startling how often this scene repeated as I drove through the rural areas of the Midwest, South, and West on the road trip that resulted in the book The Revolution Where You Live.

Many of these are the same areas that famously voted for a loudmouth New Yorker. For some, he better represented conservative, rural values than Hillary Clinton did. These devastated regions, where opioid addiction is at epidemic levels, are places that ran out of hope.

The cynical and bankrupt answers offered up by the 45th president will not bring prosperity to these regions. But neither would the corporate-friendly policies of a President Hillary Clinton and others in her wing of the Democratic Party.

So what actually would bring about rural prosperity?

I found some hints on my long road trip. The relatively prosperous small towns I stumbled on often turned out to include large Amish or Mennonite populations. These groups have been spreading quietly, buying up land and bringing back small-scale farming.

I visited Organic Valley, the largest farmer-owned organic cooperative in the United States, with more than $1 billion in annual revenue.

I learned that about 45 percent of Organic Valley’s farmers nationwide are Amish or Mennonite. Organic Valley, based in La Farge, Wisconsin, is in business to serve the interests of these farmers. They start by setting dairy prices that are enough for farmers to operate without harming the animals, the workers, the customers, or the planet. And instead of paying exorbitant salaries to executives or huge returns to investors, the company helps conventional farmers make the expensive transition to organics. The prosperity of these small farmers ripples out into the surrounding communities, where those who provide farm families with goods and services can also prosper.

Farmers who depend on large corporations for seeds, chemical fertilizers and pesticides, and for markets, face a very different reality. They have little bargaining power with these behemoths, which are free to roam the planet for the lowest prices and best subsidies, and to form near-monopolies on seed and fertilizer. The federal government supports the corporate agriculture model via trade deals and subsidies; President Nixon’s Agriculture Secretary, Earl Butz, famously urged farmers to “get big or get out.”

Supporters of this model “almost brag that we’re down to half a percent of the population making their living from agriculture,” Steve Charter told me when I visited him on his land north of Billings, Montana. “There is no relationship to the land anymore. There’s just someone driving a huge tractor, putting on all these chemicals.”

Charter is a rancher, not a dairy farmer, but like the Organic Valley member-farmers, his vision of agriculture runs counter to the corporate ideal. He manages his cattle so they behave like the wild ungulates that once wandered the plains, corralling them so that they chop up the soil with their hooves and fertilize it with their waste, before moving off to let lush grass grow back. Through this and other processes, Charter is rebuilding the complex bacterial and fungal biomes that make soil productive.

And at a time of climate crisis, this is a big deal: This living soil holds water instead of shedding it after a rainfall. As a result, these semi-arid plains are less likely to degrade into deserts as a shifting climate brings drought and heat waves. And these techniques can turn vast grasslands into giant carbon sponges, reliably extracting large quantities of carbon from the atmosphere and sequestering it safely in the soil.

It takes a lot of hands-on work with the cattle and the land.

“But that’s a good thing,” Charter said. “This is the kind of job that people like doing once they know how to do it. As ranchers, we hope to bring people back to where human knowledge and hands will do this, and not petrochemicals and running tractors.” Instead of feeding the profits of agribusiness corporations, more money goes to pay ranch hands.

And with these sorts of jobs comes another possibility: the restoration of agricultural livelihoods and the small towns that support them. Ways of life that can offer sustenance to families and revitalize rural America.

There is nothing inevitable about the demise of rural America. Nothing inevitable, that is, if we turn away from the extractive model of corporate agriculture and the trade deals and subsidies that support it and instead reestablish the small- and medium-scale farming and ranching that can support sustainable prosperity.

Sarah van Gelder is co-founder and editor at large of YES! Magazine, and the author of “The Revolution Where You Live: Stories From a 12,000-Mile Journey Through a New America.” Read more >