The Food and Farm Fallout from a Trade War with Mexico

If the Trump administration taxes imports from Mexico and renegotiates NAFTA, it’s U.S. farmers, restaurateurs, and consumers who will be hardest hit. 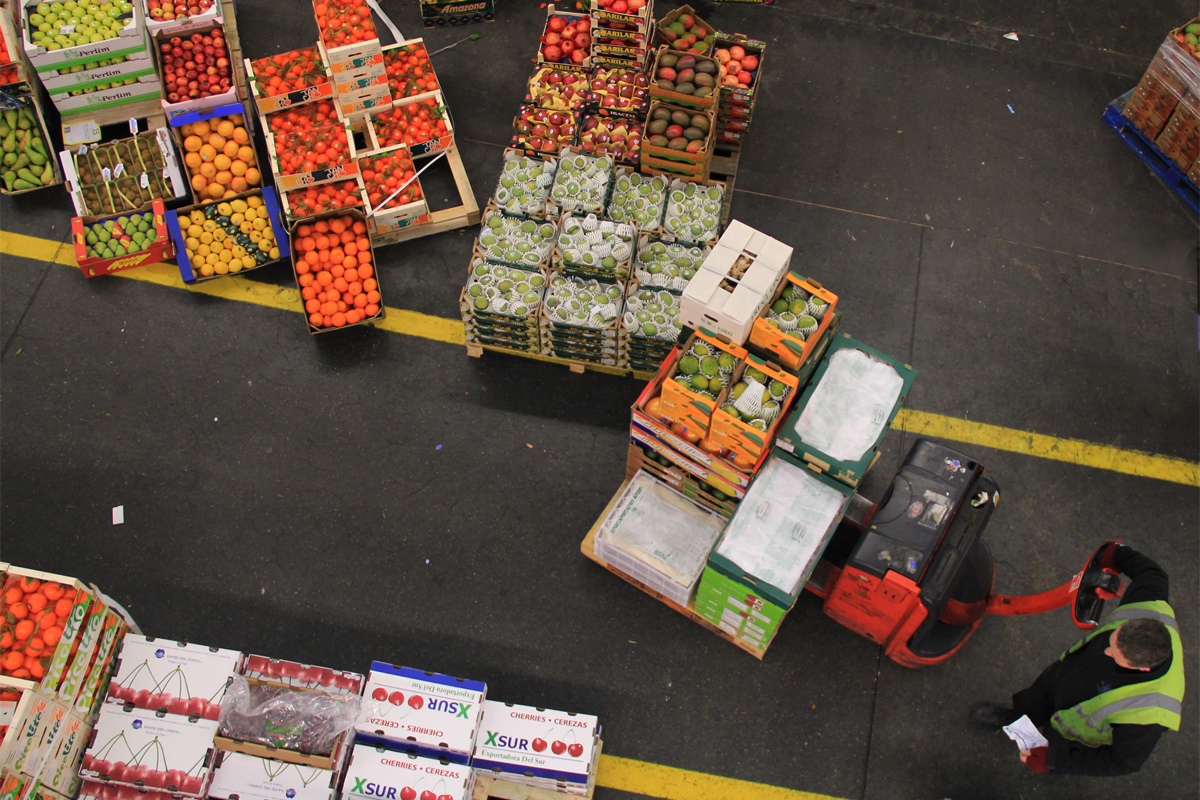 The menu at Centro, a popular Mexican restaurant in downtown Raleigh, North Carolina, relies on avocados, lemons, limes, and cheeses like queso fresco and cotija imported from Mexico. Since election day, Centro owner and chef Angela Salamanca, like many restaurateurs across the country, has grown increasingly nervous as she’s watched the Trump administration pursue a hostile stance toward Mexico on issues related to trade.

“Limes go up in price for Cinco de Mayo, and we’ve been able to ride those waves,” Salamanca said on a recent Friday just before the lunch rush. “But if there’s a tax imposed on Mexican products, we’ll be in serious trouble, and not just for our food, for our Mezcal, too. We would have to reconfigure our business. What would our offering be if we couldn’t have access to the necessities of Mexican cuisine?” 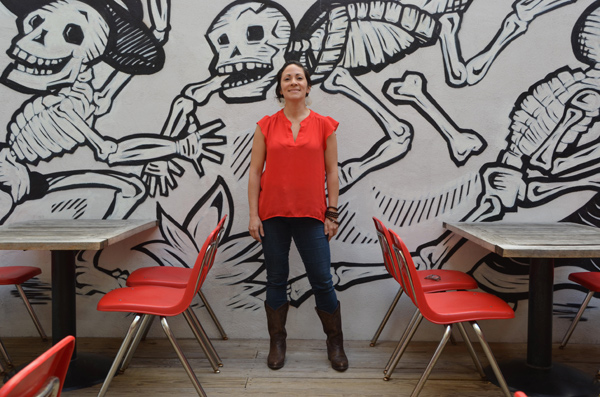 Behind Canada, Mexico is the largest supplier of agricultural goods to the United States, selling $21 billion worth of food to Americans in 2015, including $4.8 billion in fresh vegetables, $4.3 billion in other fresh fruit, $2.7 billion in wine and beer, and $1.4 billion in processed fruit and vegetables.

Because U.S. agriculture is so intertwined with the Mexican economy, the U.S. has a lot to lose in a trade war. As do American eaters: A full 93 percent of the Hass avocadoes in the U.S. come from Mexico, as well as 71 percent of the tomatoes and 15 percent of the sugar. Additionally, the U.S. imports 79 percent of its neighbor’s exported tequila.

Nevertheless, the Trump administration is taking an aggressive stance toward its southern neighbor. In addition to consistently expressing his intention to build a wall along the U.S.-Mexico border and strengthening the power of federal agents to deport undocumented immigrants, the administration appears committed to assaulting the country economically as well.

Days after his inauguration, the Trump team floated the idea of a 20 percent tax on imports from Mexico as a way to pay for the wall. House Republicans have proposed a different idea, a “border-adjustment” tax on imports. (Without an accompanying export tax, economists say the plan is likely not legal by World Trade Organization rules.)

The president has also voiced his intention to renegotiate the North American Free Trade Agreement (NAFTA), which President Bill Clinton enacted in 1994 to eliminate most tariffs between the United States, Canada, and Mexico. If he can’t renegotiate the agreement to get a “better deal” for the American worker, the president has threatened to withdraw completely.

Ben Lilliston, the director of corporate strategies and climate change with the Institute for Agriculture and Trade Policy, points out that the administration, which still does not have a Department of Agriculture head in place, is not paying much attention to the needs of farmers as it thinks about trade policy. “When you go after manufacturing, agriculture and food get hit in the crossfire of that trade fight,” Lilliston said. And, he adds, “Agriculture is probably the most sensitive topic in any trade negotiation, because it’s about food security.”

Like Salamanca, people across the food system find the administration’s antagonistic stance toward Mexico troubling. Everyone Civil Eats spoke with—from wheat growers in the Midwest to cattle ranchers in Texas, and from organic fruit and vegetable farmers in California to grocers and restaurateurs in North Carolina—said they see the administration’s anti-Mexico policies as harmful and counterproductive to the well-being of U.S. ag, big and small.

The U.S. agricultural system is built on the practice of over-producing and exporting commodity crops like corn, wheat, soybeans, cotton, and rice, many of which are used to produce feed for the pork, poultry, and beef industries.

In addition to providing America a large portion of its food, Mexico is the third largest buyer of U.S. agriculture; in 2015, ag exports to the country totaled $18 billion, including $2.3 billion in corn, more than $1 billion each in soybeans, dairy products, pork, and beef.

Because commodity farmers rely on Mexico as a major buyer, they worry that setting off a trade war with the country will damage their ability to do business.

Tom Sleight, CEO of the U.S. Grains Council, the international corporation that develops export markets for U.S. grains including corn, barley, and grain sorghum, describes Mexico as an “excellent” customer that buys more U.S. corn than any other country. Since Trump took office, however, relations have grown more tense: “Customers [in Mexico] we’ve been working with for a decade are suddenly a little frosty,” Sleight said. “They say, ‘Why are you doing this to us? Why are you insulting us?’”

To the dismay of grain growers, the U.S.-provoked tension has already sparked retaliation. In response to Trump’s insistence that the U.S. build a wall and Mexico pay for it with a 20 percent import tax, Mexican government officials introduced legislation that would direct Mexico to buy corn from Argentina and Brazil instead of the U.S.

If the U.S. loses the Mexican market, Sleight said he expects demand to weaken, and the prices U.S. farmers receive for their grain to take a tumble, at least while grain farmers look for other markets. Ideally for the farmers, it won’t come to that: “They’re not interested in losing their best customer right now,” Sleight said.

Because their industry is also North American in scope, industrial livestock producers will face similar problems if U.S. trade relations with Mexico worsen, according to Kent Bacus, director of international trade for the National Cattlemen’s Beef Association.

The total U.S. cattle herd numbers roughly 92 million, about a third of which gets sold to Mexico and Canada. “NAFTA for us, it took our industry to new levels—it essentially created $1 billion export markets on both sides of our border,” Bacus said. Plus, it enables the U.S. cattle industry to find markets for cuts of meat, like tongues and intestines, which Americans do not find desirable.

Live cattle imports are also an important part of the equation. To keep its feed yards and packing facilities running at optimal levels—and ultimately, from closing down—the U.S. imports about 1 million cattle a year from Canada and 1.5 to 2 million from Mexico.

If the U.S. withdraws from NAFTA, Bacus said, it will give up both the zero-percent tariff it faces in Mexico and Canada as well as the unlimited number of cattle it can send to those countries. He also worries that changes to NAFTA could disrupt the North American supply chain. “When that happens, it causes more instability in beef production, and that could have a negative impact on cattle prices,” he said. “We don’t stand to gain a lot by getting out of NAFTA.”

Hoyt Bleakley, an associate professor of economics at the University of Michigan, says all the players in U.S. ag will feel the effects of a downward spiraling trade relationship with Mexico. “It’s hard to say who is not exposed to this,” Bleakley said. “Maybe a place that exports raw materials to Asia? The Pacific Northwest, their logging exports to Japan or China—that’s not affected by the relationship with Mexico. But everywhere else, there’s something.” 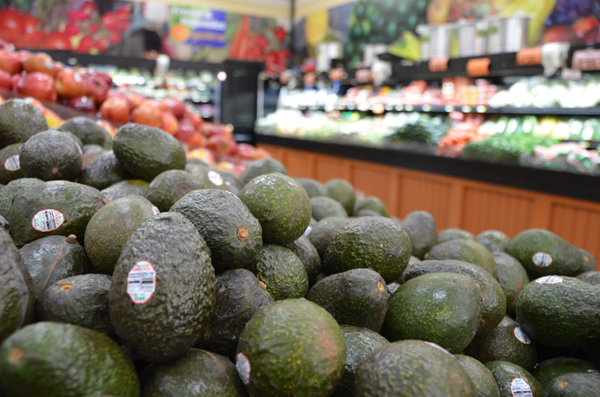 Consumers in the United States are accustomed to eating bananas, avocados, strawberries, and other fresh produce grown in Mexico and other Central and South American countries, even during the winter months.

Miles Reiter, chairman of Driscoll’s berry company, said he supports updating the 23-year-old NAFTA to suit present-day trading activity, but finds the idea of adding a tariff to Mexican imports extremely misguided. “If you really look at the data on trade, and even on manufacturing, it’s a very simplistic view that’s driving all this conversation,” he said.

The farms growing Driscoll’s proprietary varieties of berries are located on both sides of the border—in the Baja Peninsula and central highlands of Mexico and in U.S. states including California, Florida, and Georgia. The company imports about 8,000 loads of berries its Mexican growers produce each year, in part to supply American consumers with berries through the cold season. (One load is about 2,500 crates of strawberries and 5,000 crates of raspberries.)

“The 35 percent tariff [the Trump Administration] talked about, that would end things,” Reiter said. “It wouldn’t mean the berries would [then only] come from the United States; it would mean there’d be less of them, and they’d be more expensive.” A 20 percent tariff would also shrink the supply, though slightly less, and Reiter expects the price of winter berries would increase by 25 or 30 cents per clamshell container—perhaps not by the full percentage of the tariff, but close.

Don Cameron manages the more than 6,000-acre Terranova Ranch in the San Joaquin Valley of California, an operation that grows 25 crops, including peppers, carrots, organic broccoli, tomatoes, wine grapes, watermelon, and various types of greens and nuts. He also thinks taxing Mexico’s imports will jeopardize the livelihoods of American farmers and the eating habits of American consumers.

Additionally, he pointed out, even with the growing capacity of states like California and Florida, the U.S. does not have the ability to make up for a decline in fresh-fruit imports from Mexico domestically. “Our season ends toward the middle of November,” Cameron said. “We get frost and rain and weather that’s not conducive to growing the warmer [weather] fruits.” Consumers would have to change their eating habits, pay more, and/or learn to do without many types of fresh produce through the winter.

“We’re entering a new world—every day, it’s more chaos,” Cameron said. “But our nature [as farmers] is to be optimistic. That’s why we put seeds in the ground—we expect something will come up six or eight months later.”

While U.S. trade policies with Mexico will impact the people working the land, they will also affect the people selling the final product—and their patrons as well.

More than half of the fruits and vegetables in the large and vibrant produce section of the independent Compare Foods supermarket in Durham, North Carolina, originated in Mexico. Store manager Ernesto Padilla says if the U.S. taxes Mexican imports, he will likely be forced to raise prices and cause his customers to buy less.

Padilla worries for the food security of his customers, 70 percent of whom are Latino, and many of whom survive on limited incomes. “There are a lot of poor people, and it’s going to be harder for them to buy food at higher prices,” he said.

Meanwhile back at Centro restaurant in Raleigh, Salamanca monitors the administration’s moves toward Mexico and prepares to react—to reconfigure her menu if need be and explain the changes to her customers, who she hopes will understand. “We’ve been holding our breath to see what’s going to happen,” she said. “At first, it felt like we were on a week-to-week basis, but now it feels like a day-to-day conversation.”

Across the food system, farmers, ranchers, restaurateurs, grocers, and consumers find themselves in a similar holding pattern, waiting to see if the administration will provoke a full-on trade war with Mexico—or settle into some type of friendly, mutually beneficial relationship.