An Organic Farm Going Against the Grain in the Corn Belt

The documentary 'Sustainable' explores the struggles and successes of a small, diversified farm in Big Ag country. 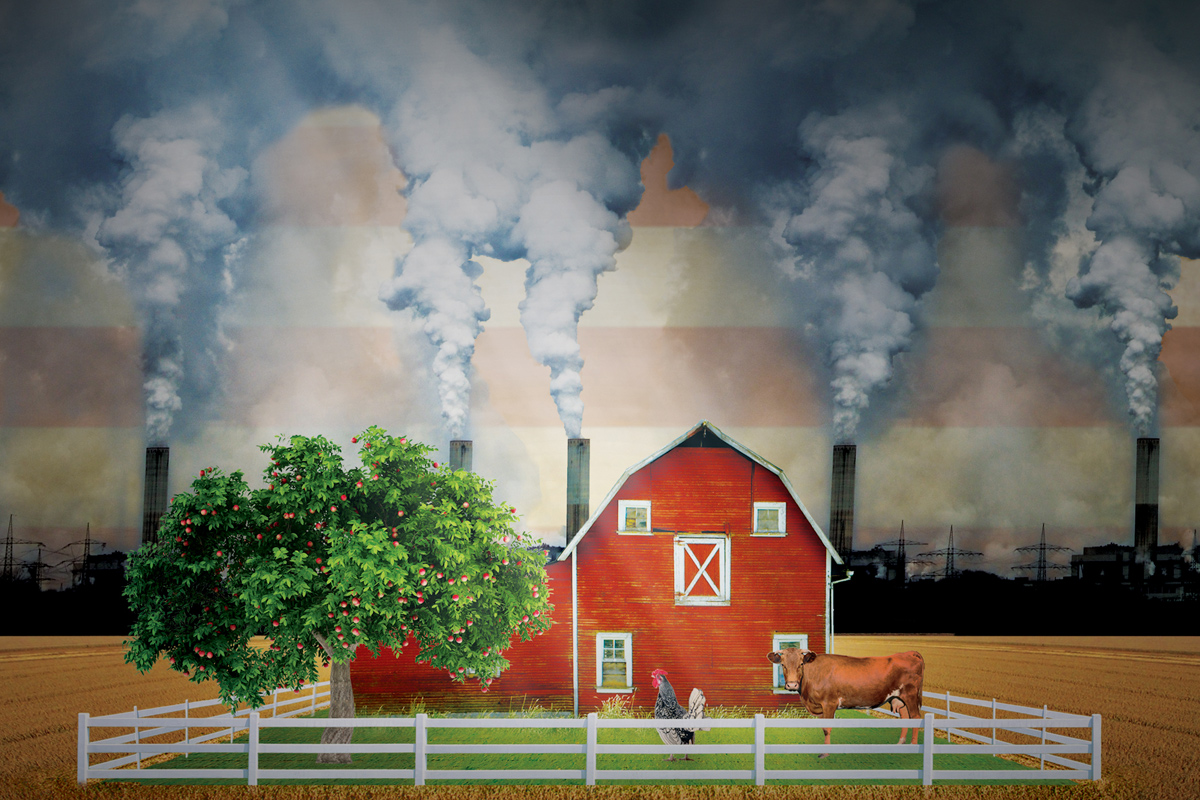 Have you ever wondered whether, tucked away among the endless fields of soybeans and corn in America’s heartland, there are small-scale organic farmers making a living? Matt Wechsler and Annie Speicher’s new documentary “Sustainable“—available on Amazon Video, Netflix, and VFX—answers that question with a resounding yes.

The filmmakers tell the story of innovative farmer Marty Travis and his family in Central Illinois, taking the viewer through the successes and challenges of each season on their tiny, diversified, and chemical-free farm. It also looks at the big picture of agriculture in the U.S., weaving in analyses from food and agriculture experts—including cookbook author and former New York Times columnist Mark Bittman, Blue Hill chef and author Dan Barber, Rodale Institute’s Executive Director Mark Smallwood, and John Ikerd from the University of Missouri.

Travis and his family have found a niche for their organic food in Chicago’s booming farm-to-table scene. By working closely with successful chefs and bakers, Spence Farm has become a uniquely diversified operation. On 160 acres, the family produces maple syrup, raises Guinea hogs, grows and mills heritage grains, and focuses on unique vegetable varieties tailored to their customers’ culinary needs.

The opening scene of the film follows Travis’ truck as he stops at more than 30 restaurants across Chicago to make deliveries. Travis’ success is not just his own—he founded the Stewards of the Land, a group of local, small-scale farmers who collaborate to grow and market their products together. Since creating this network, he has increased the diversity and quantity of produce delivered to the city and has provided economic opportunity for many farmers in his community.

“Measuring wealth is not always about counting your dollars,” says Travis. “Sustainability is measured in a lot of different ways. For me personally, I think it’s the relationship we have between ourselves and our friends and our clients that makes me feel very rich.”

“Sustainable” contrasts Travis’ exemplary land stewardship and business practices with his neighbors’ conventional farms. The film describes the ecological and health effects of the pesticides and monocultures used—and also the economic hardship many conventional farms face as they struggle to make ends meet in the Corn Belt. It’s clear that, while neither farming method is necessarily raking in the big bucks, the Travis family’s hard work and ingenuity earns them more economic stability.

In the film, Beth Rinkenberger, a farmer and member of the Stewards of the Land, described the reaction she received from a conventional farmer when he found out she was selling lamb’s quarters, a common weed, to Chicago restaurants “to the tune of 40 pounds per week.” The farmer couldn’t believe it because he was paying for Roundup to kill the same plant. Members of the Stewards of the Land can easily sow new varieties each year, adapted to the needs of the chefs with whom they have personal relationships. The farmers around them, however, are confined to a prescribed formula growing just a few commodity crops with a designated set of herbicides and pesticides. 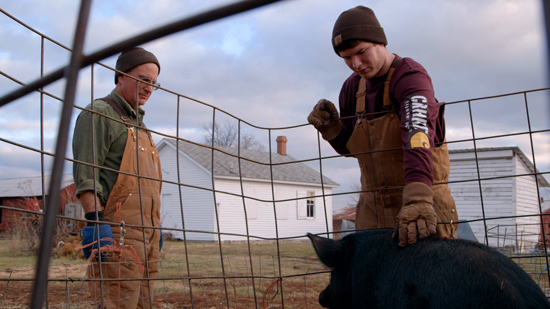 In this still from the film, Marty Travis and his son, Will, visit with one of their guinea hogs during winter chores at Spence Farm.

While the Travises say that Spence Farm is making $2,200 per acre, their conventional neighbors count on $400 per acre. If conventional farmers didn’t have huge swaths of land and receive subsidies, they wouldn’t survive. In 2016 the U.S. paid $20 billion in subsidies to farmers growing corn, soy, and other commodity crops.

“We started off with something that made sense,” Ikerd says in the film.

He describes the promise he once felt about industrializing agriculture: It made economic sense to improve the efficiency of agriculture and to free the hands of more people to work higher paying jobs. But, he says, the goal to provide greater food security failed. The food was no longer healthy and nutritious.

Will Travis steals the spotlight towards the end of the film, as a young man who is already deeply committed to his family’s business. None of the images in “Sustainable” make as much of an impression as the image of Marty and Will working side by side.

Marty tells the filmmakers, “This whole idea of doing something to pass on, to pay it forward, to make the community a better place, that’s what all this is about.”