Acta Non Verba aims to bring fresh food, urban farm skills, and educational opportunity to communities that have long been lacking them. 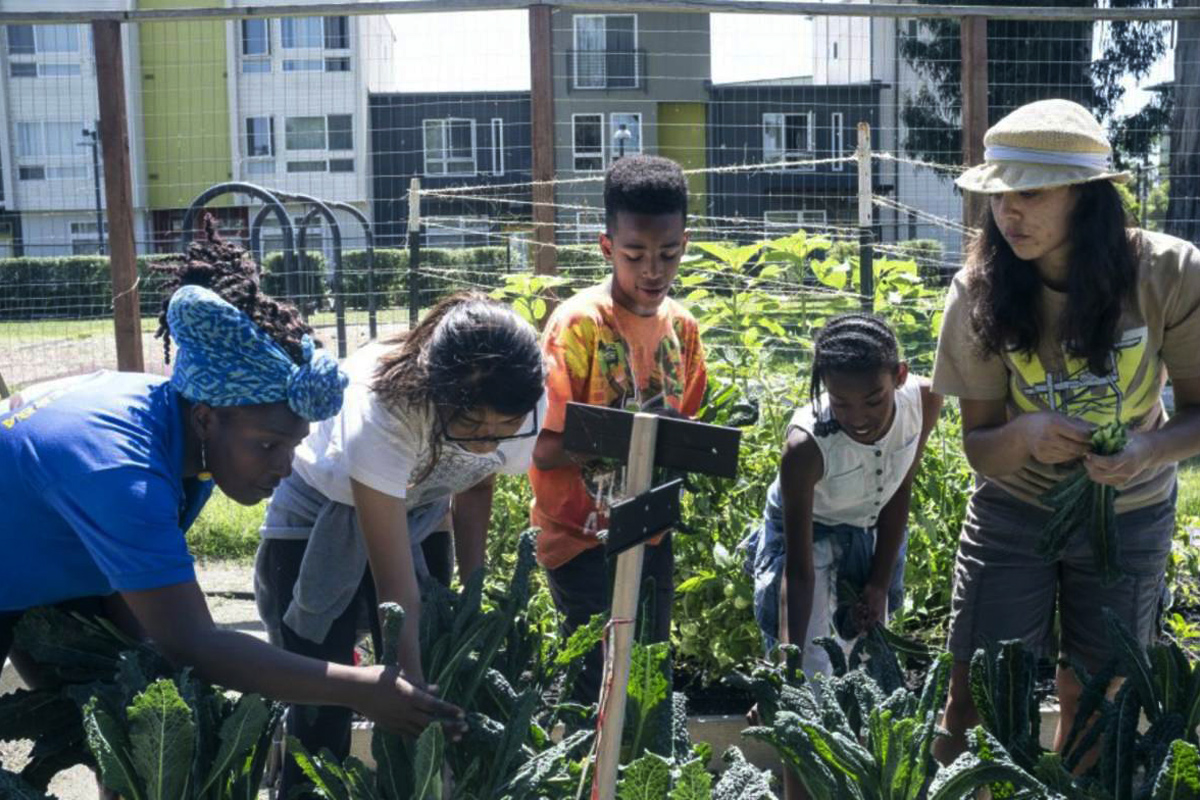 It started with a lemon tree. Kelly Carlisle didn’t grow up gardening. She didn’t have a windowsill herb garden. She knew about farming, of course, but in her mind there was a disconnect: food just sort of showed up at the grocery store. She worked a corporate job, wearing fancy clothes and heels to work. But she had gotten laid off during the recession, and one day a few years ago, she ended up at a Bay Area nursery with her daughter. They bought a lemon tree, and as it slowly started to flourish, so did Carlisle’s interest in gardening.

Around the same time the, she found herself reading more and more articles about Oakland, where she spent her childhood: about its status as one of the country’s most dangerous cities, the high rate of teen prostitution and dismal school dropout statistics. She wanted to do something that combined a concrete way to help Oakland’s kids with her newfound love of gardening.

So in 2010, she started Acta Non Verba: Youth Urban Farm Project (ANV), a nonprofit that introduces low-income East Oakland children to the joys of gardening while contributing financially to their future. Local children farm a small plot at Tassafaronga Recreation Center and sell the produce through farmers markets and a CSA. All the proceeds go into individual savings accounts for each child, earmarked for their education. There’s also an eight week summer camp, camping and field trips, and community farm days. Since their founding, they’ve served over three thousand local kids.

“For generations, our communities have been told that farming is not for us,” Carlisle said. “When we talk to our kids about what a farmer looks like and where farmers live, it’s very abstract. Nobody knows a farmer, it’s all what they’ve seen on TV. There are no 4-H clubs in the flatlands.”

The financial aspect of the program was inspired by San Francisco’s San Francisco Kindergarten to College Program, where every kindergartner entering a public school is given a savings account with $50, with incentives for families that regularly contribute. (Research has shown that children are more likely to attend college if there’s money set aside for it.)

But the money is just part of the way Acta Non Verba (Latin phrase meaning: actions not words) prepares children for the future. Most of the kids Carlisle works with want to be athletes, musicians, actresses–or cops, so they can carry a gun. The program allows them to explore the sprawling agricultural industry, to show them a field and a future that could be theirs. 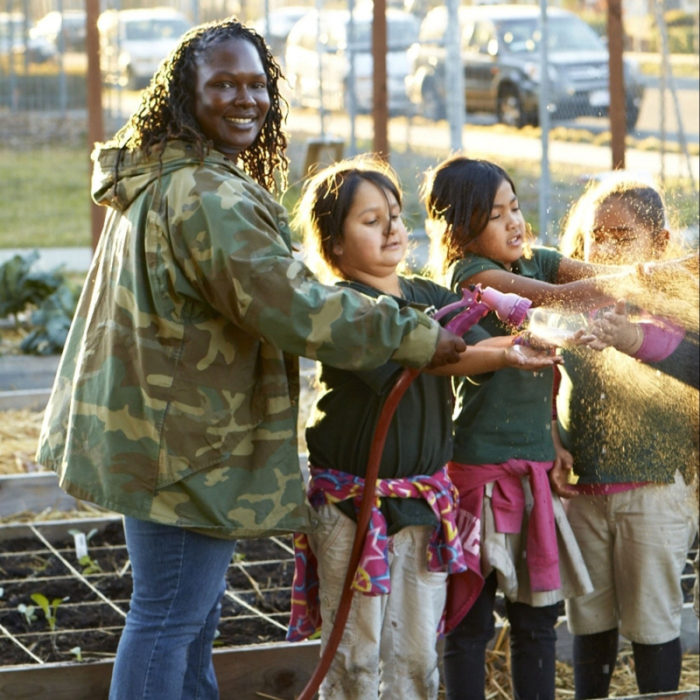 “If you’re not into getting dirty, not into planting and harvesting, there’s all these other things that you can do,” Carlisle said. “There’s being a soil scientist, being an entomologist, pest management. That, to me, is as important as STEM.”

It hasn’t been easy. Like Carlisle, many of the kids have grown up disconnected to where their food comes from. And in East Oakland, where most kids grow up with acute food insecurity (most qualify for reduced lunch), an emphasis on pesticide-free local produce can seem precious or irrelevant. Once, the garden yielded a bumper crop of collard greens. Carlisle offered some to a woman in the neighborhood. The woman was suspicious, unbelieving that the park’s small garden could actually yield something and that Carlisle had grown it.

The greens were safe, Carlisle said. She had farmed them herself. “She’s like ‘Why would you call yourself that? No girl, we’re not farmers, you’re a gardener,’” Carlisle remembered. “I was offended, but it’s something to think about; trying not to sound superior. The farm-to-table movement doesn’t always feel like it applies to folks in my community. But to grow culturally relevant produce like collard greens and mustard greens, the community is starting to come around and see that, like with me, food is grown, it doesn’t just show up at the grocery store miraculously.”

To help share her message, Carlisle involves parents, both as volunteers and paid positions so the children’s healthy eating education is reinforced at home. She also makes it fun: she talks about a local boy named Jordan, who’s always thrilled to share his new knowledge about plant biology, or a pair of sisters whose eyes light up when it’s time to sing camp songs.

Things could be easier, Carlisle acknowledges. She’d like to be able to afford more employees. She’d like there to be a grocery store near the farm, a nice one emphasizing healthy options. She’d like to only focus on food issues. But the more time she spends in East Oakland, the more she’s forced to confront other issues, like the area’s high rates of child asthma, or the giant crematorium that’s slated to be built near her farm. But Carlisle, who served in the Navy and whose parents also started their own nonprofit—“Service is probably ingrained in my DNA,” she said—isn’t going to give up anytime soon.

“One thing that we don’t think about in these high tech days is that we’re all here because somebody cultivated and worked with land,” she said.

“Even every single culture has some kind of agriculture going on. For me, farming is not only something that soothes my soul and makes me feel like I’ve accomplished something in a day, it’s also a connection to something bigger than myself, to a community and something innate: trying to improve my community through hard work and cultivation of land.”