Experts call the world's dependence on pesticides a human rights issue, urge a shift to agroecology, and call for a global treaty to reduce pesticide use. 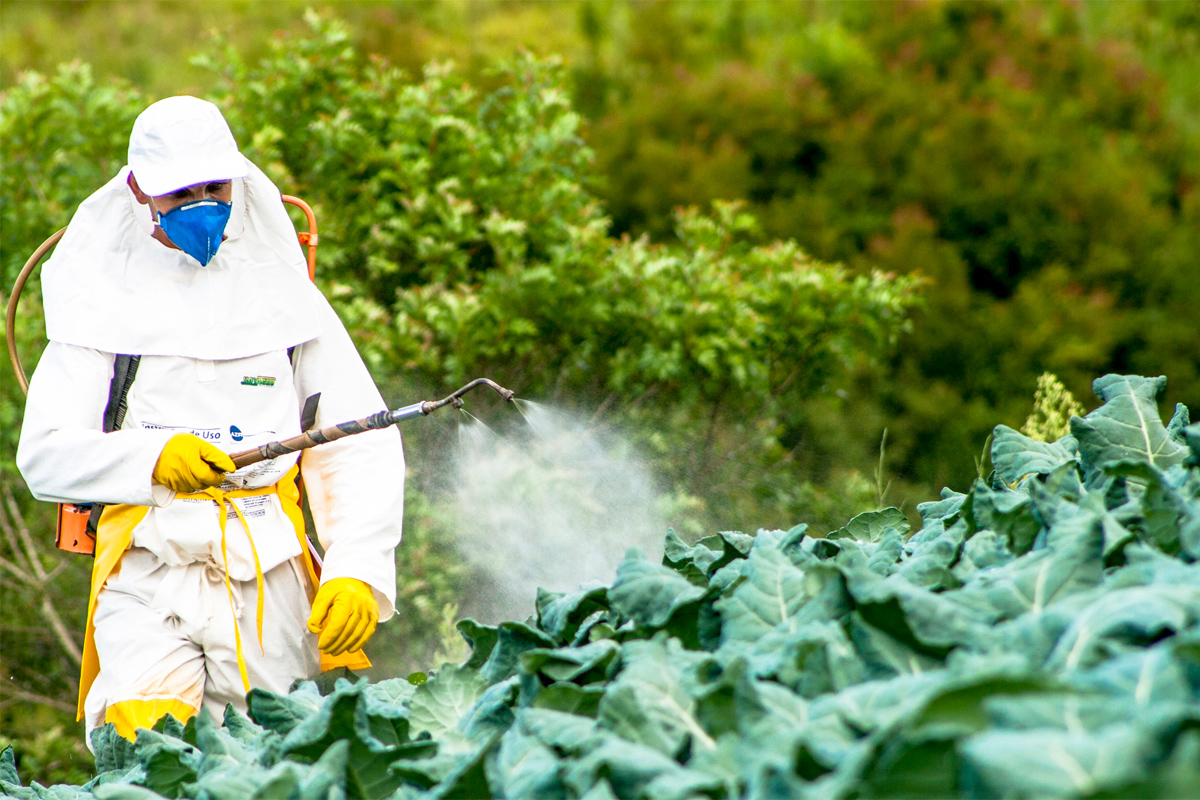 Pesticide manufacturers have long maintained that their products are essential to feeding the world. But a new report by United Nations human rights experts challenges this assumption, arguing that the opposite is true: “Reliance on hazardous pesticides is a short-term solution that undermines the right to adequate food and health for present and future generations.”

Calling current “excessive” pesticide use a “global human rights concern,” that threatens “the entire ecological system on which food protection depends,” the authors lay out the negative effects that pesticides bring to the world. Among them: approximately 200,000 acute poisonings each year, 99 percent of which occur in developing countries; damage to water, soil, and biodiversity; acute and chronic diseases; and health problems that include cancer, neurological, developmental, and reproductive disorders.

The report also notes with particular concern the exposures that affect children, pregnant women, farmworkers, and agricultural communities. Together, these environmental and health impacts impose “staggering costs on national economies around the world.”

“The assertion promoted by the agrochemical industry that pesticides are necessary to achieve food security is not only inaccurate, but dangerously misleading,” said report authors Hilal Elver, the UN Special Rapporteur on the right to food, and Baskut Tuncak, UN Special Rapporteur on toxics. Further, they said, “It is time to overturn the myth that pesticides are necessary to feed the world and create a global process to transition toward safer and healthier food and agricultural production.”

The authors also take issue with what they call agricultural chemical and seed producers’ “aggressive, unethical marketing tactics” and the “huge sums spent” to “influence policymakers and contest scientific evidence.”

Among such evidence the report highlights are threats posed by environmentally persistent pesticides—those that can last for decades. It also calls out damage caused by neonicotinoid pesticides—now the fastest growing category of pesticide—to the pollinators on which 71 percent of crop species depend. Yet another concern the report singles out is the potential synergistic effects of pesticide mixtures. Such pesticide “cocktails” are common, but “are not investigated properly,” said Elver, as regulatory “safety control” focuses on single pesticides rather than combinations of chemicals.

“The UN report confirms some of the most frightening impacts of the pesticide overuse around the world,” said Representative Chellie Pingree (D-Maine) in a statement. “It also exposes how far the pesticide industry has gone to suppress information about negative impacts on the environment and public health while spreading the totally false myth that rampant growth in pesticide use is needed to feed the world’s population.”

“That this report is coming from the UN, and says that the right to adequate food—meaning non-toxic and safe food—is a human right, makes this report historic,” said Center for Food Safety founder and executive director Andrew Kimbrell.

Call for a Global Treaty and an Obligation to Protect Children

To tackle this problem, the report calls for “a comprehensive new global treaty to regulate and phase out the use of dangerous pesticides in farming, and move towards sustainable agricultural practices.”

Countries have a particular obligation to protect children, who are among those most vulnerable to pesticide poisoning, say the authors, citing incidents in Bangladesh, China, Peru, and elsewhere, noting that “the exposure risk of children engaged in agricultural work is particularly alarming.” According to the International Labor Organization, about 60 percent of child workers worldwide work in agriculture.

The report points out that children living in agricultural communities are especially at risk for harmful pesticide exposures, both because they live near agricultural fields and because their mothers are often exposed while pregnant. It cites studies demonstrating links between prenatal pesticide exposure and damage to children’s neurodevelopment and immune systems.

“Farmers and children and agricultural communities are on the front line of these exposures and our laws don’t really reflect that,” said Kimbrell.

While pesticide impacts are most severe in developing countries where environmental regulations, labor protections, and enforcement tend to be most lax, the report shows that “nobody is immune,” Elver told Civil Eats. Most “of the dramatic accidents are in developing countries, but residues are everywhere,” she said. “They do not respect borders.” This is true of pesticide drift through the environment and where pesticides turn up as residues on food.

“The major percent of produce does have detectable pesticides,” explained Environmental Working Group senior analyst Sonya Lunder. The U.S. Environmental Protection Agency sets pesticide safety limits, but these standards “are not set thinking about kids who may eat a lot of one type of food or a few types of food so that their exposure may be intense,” said Lunder. She also pointed out that U.S. consumers eat a lot of imported fruit and vegetables and that while the U.S. Food and Drug Administration checks imports and looks for violations, these inspections are just snapshots.

CropLife International (CLI), the trade association that represents the world’s major agri-chemical companies—including Bayer, Dow AgroSciences, Monsanto, and Syngenta—took issue with a number of aspects of the report.

Chief among their disagreements is how pesticides can harm human health and the environment. The “plant science industry and government regulators take care to ensure all plant science products go through rigorous testing procedures to show there are no negative human health or environmental effects arising from their responsible and proper use,” said CLI in a statement.

Pressed on this issue, a CLI spokesperson said when “government-approved crop protection products are used responsibly and according to their label instructions they should not pose any unacceptable risk to human health or the environment (including non-target organisms).”

Fundamental to solving pesticide exposure problems is a shift to ecologically compatible and sustainable farming methods. The UN report notes that safer practices exist, and studies indicate “that agroecology is capable of delivering sufficient yields to feed the entire world population and ensure that they are adequately nourished.” A study published earlier this month supports this assertion, suggesting that farming methods that reduce pesticide use are already accessible and can be used without any loss of productivity or profitability.

Some of this change will include shifting which crops are emphasized. “So much of the farmland of the world is given over to nonfood crops,” said CFS’s Kimbrell, especially corn, cotton, and soy grown primarily for livestock feed, biofuels, and food additives like high fructose corn syrup. “The report puts the blame right where it belongs: on the immensely powerful agricultural chemical industry,” said Kimbrell.

“Crop protection and plant biotech products are essential to helping farmers protect, maintain, and increase harvests,” said CLI in a statement. CLI said as much as 80 percent of world harvests could be lost without “crop protection tools.” The UN’s Tuncak called this figure “extreme” and says it fails to take into account a transition to safer alternatives.

According to the U.S. Department of Agriculture, consumer demand for organic products has “shown double-digit growth for most years since the 1990s.” And agroecology, including organic farming, does manage weeds and insects, but does so without heavy use of hazardous pesticides.

“Controlling pests does have its place on the farm. But this report shows the importance of supporting sustainable agriculture practices with investments in organic research, transition, and technical assistance, as well as monitoring the presence of pesticide residue in our water and food supply,” said Pingree, who has sponsored federal legislation to support local, regional, and sustainable agriculture.

Despite the many political challenges, Elver is guardedly optimistic that consumer demand will continue to expand production of food grown without toxic pesticides and lead to changes in regulations. “My biggest hope,” she said, “is changing the food system from industrial agriculture to agroecology.”