Can Rodale Create a Unified Voice for Organic Farmers in Washington? | Civil Eats

Can Rodale Create a Unified Voice for Organic Farmers in Washington?

The Organic Farmers Association hopes to give farmers a place at the table on federal food policy. 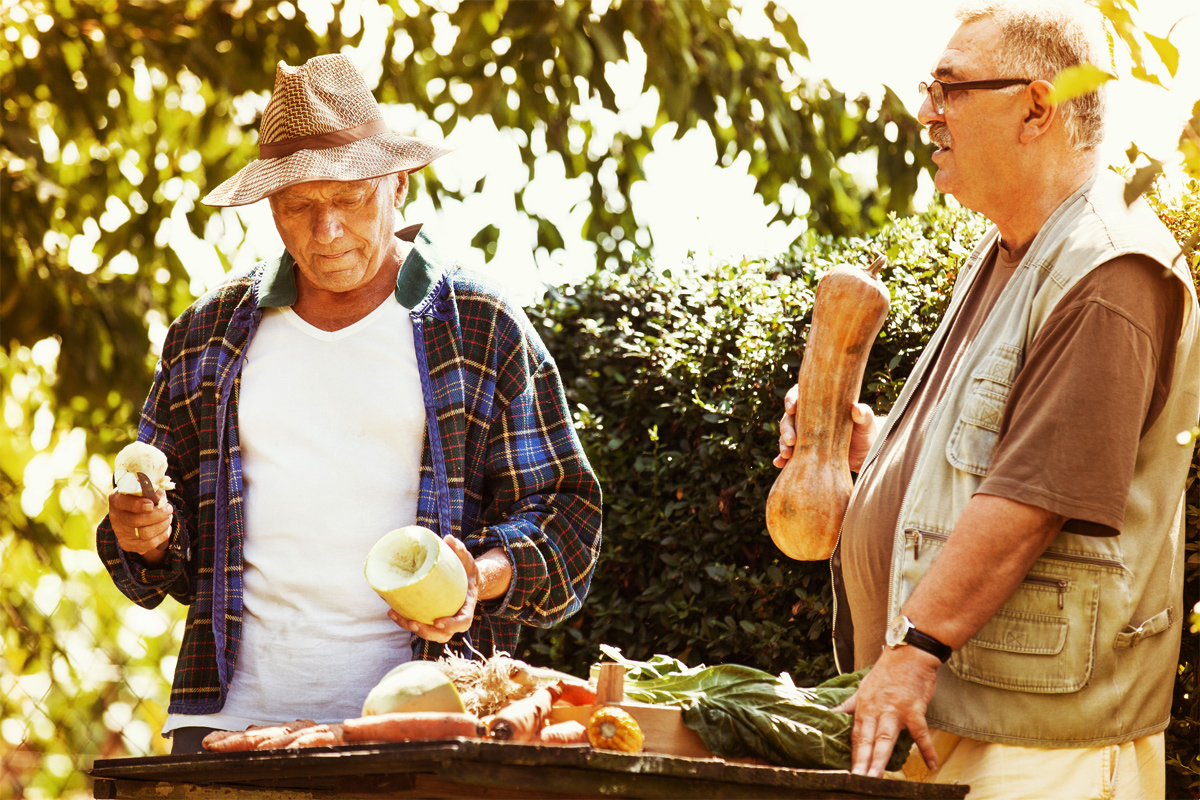 Organic farmers have rarely had the opportunity to impact the laws that shape our food supply. Now, a group of organic experts hopes to change that fact.

Rodale Institute has been promoting organic agriculture through research and other programs since 1947, and its newest initiative aims to further that work by bringing the voices of the farmers to policymakers. But just how much impact it will have in today’s food and farm landscape is still in question.

Last September, executive director Jeff Moyer announced the creation of the Organic Farmers Association (OFA) in an effort to unify the community’s voice and amplify its impact.

“The OFA was really inspired by a lifetime of working in organic and recognizing the void was there,” explained Moyer, who has also been farming for the last 40 years. For starters, he hopes to engage and educate farmers, who are often “far too busy … to even pay attention to or recognize how the policy decisions made in Washington will impact their lives back on the farm.“

So far, Moyer says membership numbers are in the hundreds, but the OFA hopes to bring on as many of the 16,000 organic farms across the country as possible. Members will pay $100 a year, which gives them access to educational resources like New Farm Magazine, online webinars, and workshops.

OFA will then send updates on federal policy for members to vote on. Regardless of size, every farm will get one vote on a given issue. Rodale Institute’s Board policy chair Elizabeth Kucinich, wife of Dennis Kucinich, a former U.S. Representative from Ohio, will then act as the lobbyist on the ground representing that collective voice. “Elizabeth … has the ear of congressmen and senators,” Moyer says. “They know who she is and she’s been engaged there for a long time on topics that are important here.”

Rodale is a501(c)(3) nonprofit, and therefore will be limited in the percentage of its budget it can spend on lobbying. Moyer says Kucinich will be also be donating at least part of her time while they work to get the effort off the ground.

It’s a good time for the men and women with their hands in the dirt to get organized.

While less than 5 percent of all food sold in the U.S. in 2015 was organic, that number actually represents a huge increase, according to the Organic Trade Association’s (OTA) 2016 Organic Industry Survey. Organic product sales hit $43.3 billion, with food accounting for $39.7 billion, an 11 percent jump from the year before. That’s more than double the organic food sales compared to a decade before.

At the same time, a significant portion of that food is imported from outside the U.S. for prices that are often lower than what it costs to produce the food here. For example, Turkey became the largest supplier of organic corn and soy in 2016. So while organic farmland in the U.S. hit a record 4.1 million acres in 2016, many farmers are still struggling to find and maintain decent markets for their crops.

And while the organic sector is growing, many important issues that will affect the industry will be hashed out by the new administration and it’s still unclear where—if anywhere—organic ranks among priorities. In addition to the 2018 Farm Bill, agencies such as the U.S. Department of Agriculture (USDA) and the Food and Drug Administration (FDA) will also likely be weighing in on the proposed Organic Checkoff Program, the pending Organic Livestock and Poultry Practices, hydroponics in organic, and the coming organic aquaculture rules.

As of yet, it’s unclear where Secretary of Agriculture nominee Sonny Perdue will stand on many of these issues if confirmed, but the presence of the OFA could at the very least make him and others in power more aware of organic farmers’ concerns.

“The USDA needs to hear directly from organic farmers regarding their interests and their needs,” said Max Goldberg, the publisher of industry news source Organic Insider. “At the end of the day, if no one’s growing the food, you don’t have organic.”

Will Rodale Institute be able to harness that voice it in a way that will have real impact? It won’t be an easy task.

The Lay of the Land

“Organic farmers are ill-represented in Washington and state houses,” said Jim Gerritsen, the farmer-owner of 40-year-old Wood Prairie Farm in Maine and the president of the Organic Seed Growers and Trade Association (OSGATA). He said that many groups have tried to help organize organic farmers over the years and have failed.

Currently, the American Farm Bureau engages in lobbying on behalf of all farmers, but some farmers feel it represents the interests of Big Ag over organic. The National Farmers Union once had a prominent voice, but its influence has greatly declined over the past five years. The National Young Farmers Coalition, on the other hand, focuses solely on young farmers and issues like debt and training for new farmers over organic-specific issues.

Meanwhile, the OTA has some influence in Washington, but only 12 percent of its members are food producers. Its other members hail from all over the supply chain—from processing and distribution, to retail and food and beverage manufacturing. Four years ago, OTA established a farmers advisory council to “provide organic farmers a bigger and more direct voice within the trade association.”

OTA’s executive director Laura Batcha said, “That being said, we are, of course, comfortable with organic farmers organizing as they see fit to meet their needs. Organic farm-level production is diverse and vast. Organizing is a challenge, but we wish them well.”

Aside from the OTA, there are nonprofit advocacy groups such as Organic Consumers Association, the National Organic Coalition (which represents a diverse number of mainly non-profits and business groups), and organizations with broader policy initiatives that often overlap with organic, like the Environmental Working Group and the Center for Food Safety.

But, as Rodale sees it, none of these efforts have added up to a cohesive enough platform for organic farmers. And the group believes that puts farmers at a major disadvantage compared to conventional food producers. While each has its own specific interest, companies on that side of the food industry spend lavishly on lobbying, and those efforts are supplemented by the companies that produce the pesticides and seeds used by conventional farmers. In 2016, for example, Monsanto spent $4.6 million on lobbying efforts, while DuPont spent $5.5 million, according to the Center for Responsive Politics.

Moyer knows that advancing organic farmers’ interests in this arena is no small task. The OFA does not currently have the kind of money that will move the needle in Washington, but Moyer hopes that as membership grows, he can attract additional funding from sources like foundations. Major players in the industry are also helping move things forward.

“I wouldn’t say the road is paved and smooth, but we think we’re on the right track, and we’re committed to making this work,” said Moyer.

If they succeed, it could help move food policy in a better direction for everyone, Gerritsen contends. “The farmers have a genuine desire to feed people good, clean food, but we have a lot of political and corporate opposition,” he said. “Organic farmers’ best interests reflect the best interests of society, so it’s high time that they’re represented in Washington.”