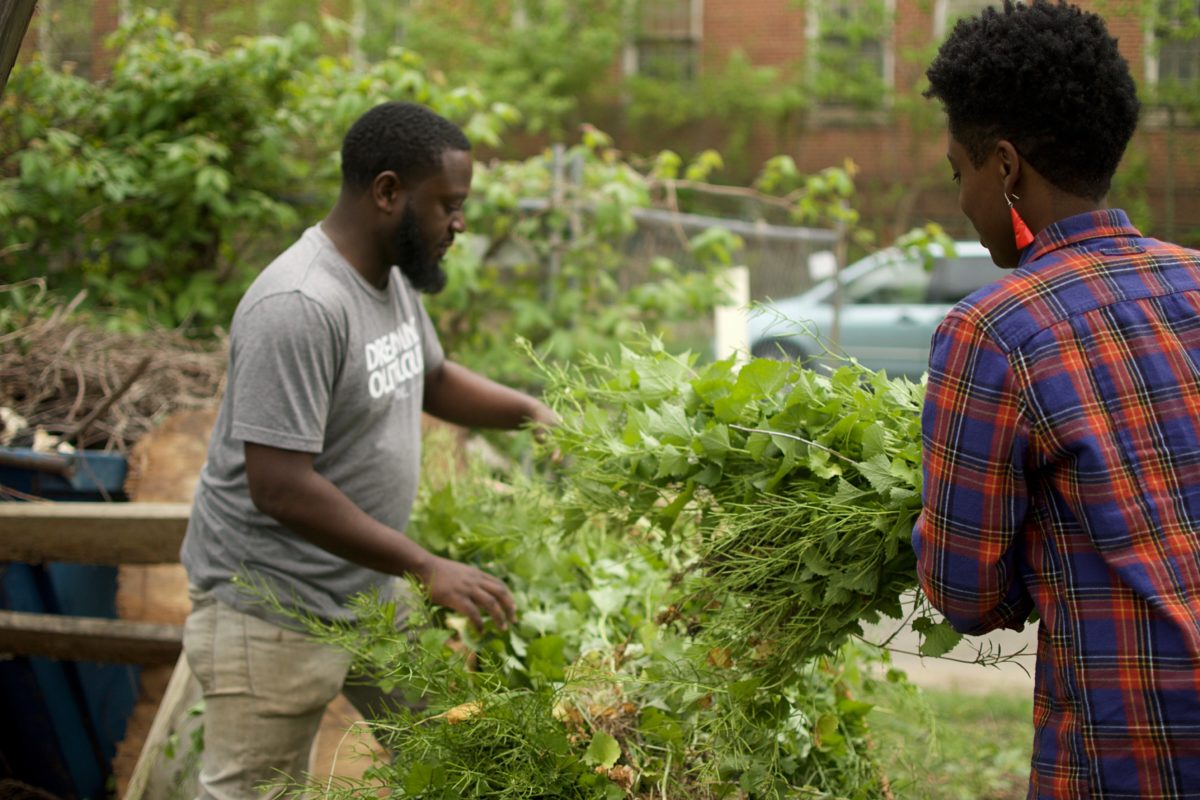 If you’ve lived or worked in Washington D.C. over the last decade, the scale and pace of gentrification there has been impossible to miss. Over the last decade, the city has experienced a rapidly increasing demand for, and cost of, housing, similar to that in other knowledge hubs and “superstar cities” like New York, San Francisco, Seattle, and Boston.

In addition to all the good things that come with increased interest in density and urban living, those cities have been the hardest hit by displacement, a process that disproportionately affects poor folks of color. Everyone who lives or works in D.C. can palpably feel this slow-motion injustice, and we are all forced to grapple with it, whether we want to or not.

“Everybody—wherever you go, no matter the educational background—sees what’s going on,” Xavier Brown told me. Brown is the founder of Soilful City, an urban agriculture organization in D.C. with the justice-centered mission of healing “the sacred relationship between communities of African descent and Mother Earth.”

Last year, I managed an eight-year-old urban farm in the neighborhood of LeDroit Park. LeDroit is just down the hill from Howard University and next to the super-hip neighborhoods of Shaw and Bloomingdale. The farm itself is surrounded by public housing, Howard dorms, and renovated row houses selling for over $800,000.

Farming in the middle of all that created a sort of socio-economic whiplash. On good days, it felt like the best that a city can be, a glorious melting pot, with the farm as a gathering place for folks to celebrate commonality. But on bad days, when I had to clean up vandalism, or when I couldn’t for the life of me get my neighbors of color to visit the farm, it felt like an exclusive resource designed to make newcomers feel comfortable and long-term residents feel alienated. It felt like I, a bearded white dude, was actively contributing to an injustice. Or, just as bad, like I was pretending to be neutral, while standing by and watching it happen.

In my experience, most urban farmers are justice-minded folks who enter this profession with high-minded ideals. But in D.C. we are increasingly finding that our work is being associated with, and even coopted by, the forces that are driving extreme gentrification and displacement, forces viewed negatively by many working class communities of color.

As I slogged through the harvest season, I realized that I couldn’t be the only farmer wrestling with this conundrum. So I set out this winter to have some frank conversations with others in my community about how to address displacement, and how to position our industry in relation to the larger forces at work.

During the first decade of the 21st Century, D.C. became much more young, single, and white. The city’s white population jumped by 31 percent, while its Black population declined by 11 percent. A city that peaked at 71 percent Black in 1970 lost its Black-majority status in 2011.

All of this makes Brown think about displacement every day. “A lot of urban ag is based on working in stressed and distressed communities. These communities are getting pushed out, and once [they’re] pushed out, they’re gone, and it turns into something else,” he said. “Then your mission is gone.”

Dominic Pascal is the production manager at THEARC Farm, an urban farm in the city’s Ward 8 that provides food access and education for the low-income and working-class families that live nearby. He was initially inspired by the community-based feel of the urban agriculture scene in D.C., but he worries that quality could get lost as the city changes.

“Hopefully it never becomes something where kids look at a farm in a community where their parents and grandparents grew up and feel like it’s not for them,” he said. As a Black farmer, he understands that his presence and that of others like him “is an important symbol for the community to see.” He hopes to be able to say, “I look like you, I’m related to you, and this space is for you.”

“I’ve seen a lot of maps where it looks like we’re increasing food access [in D.C.], when we’re actually just pushing poor people out,” Josh Singer, executive director and founder of Wangari Gardens, told me. Wangari is an innovative community garden near several rapidly gentrifying neighborhoods, and was designed explicitly to promote responsible community development in the face of this displacement.

“Say you have a neighborhood that is a food desert,” Singer, who is white, said, starting a story about a hypothetical project in which someone crafts a narrative, gets a big grant, builds a big garden, and does most outreach and organizing through social media. “All of a sudden that garden is just full of people who recently moved to the neighborhood, who are all good people, but who aren’t really food insecure.”

Singer and I both know many projects like this in D.C., projects that raise a good deal of money and garner glowing profiles from the press at their launch, but don’t work with the community in the planning stages, and don’t end up serving the people they say they’re going to serve.

Lauren Shweder Biel, executive director of DC Greens, a food justice organization focused on food education, access, and policy, argued that urban agriculturalists need to address these “intersectional pressures on the communities that [they] serve.”

“We know that urban ag is a tool for neighborhood revitalization and beautification, and we know that those are catchwords for gentrification,” Schweder Biel, who is white, said. That’s why she believes urban ag groups should also work to “guarantee affordable housing in areas where we’re putting in urban farms, recognizing that these urban farms will be tools of displacement.”

According to many urban farmers, projects like this end up backfiring not only because they replicate the oppressive patterns of most urban development, but also because they cement the belief in the minds of many long-term residents of color that urban agriculture is not for them. When that happens, those projects are seen as part of the problem. 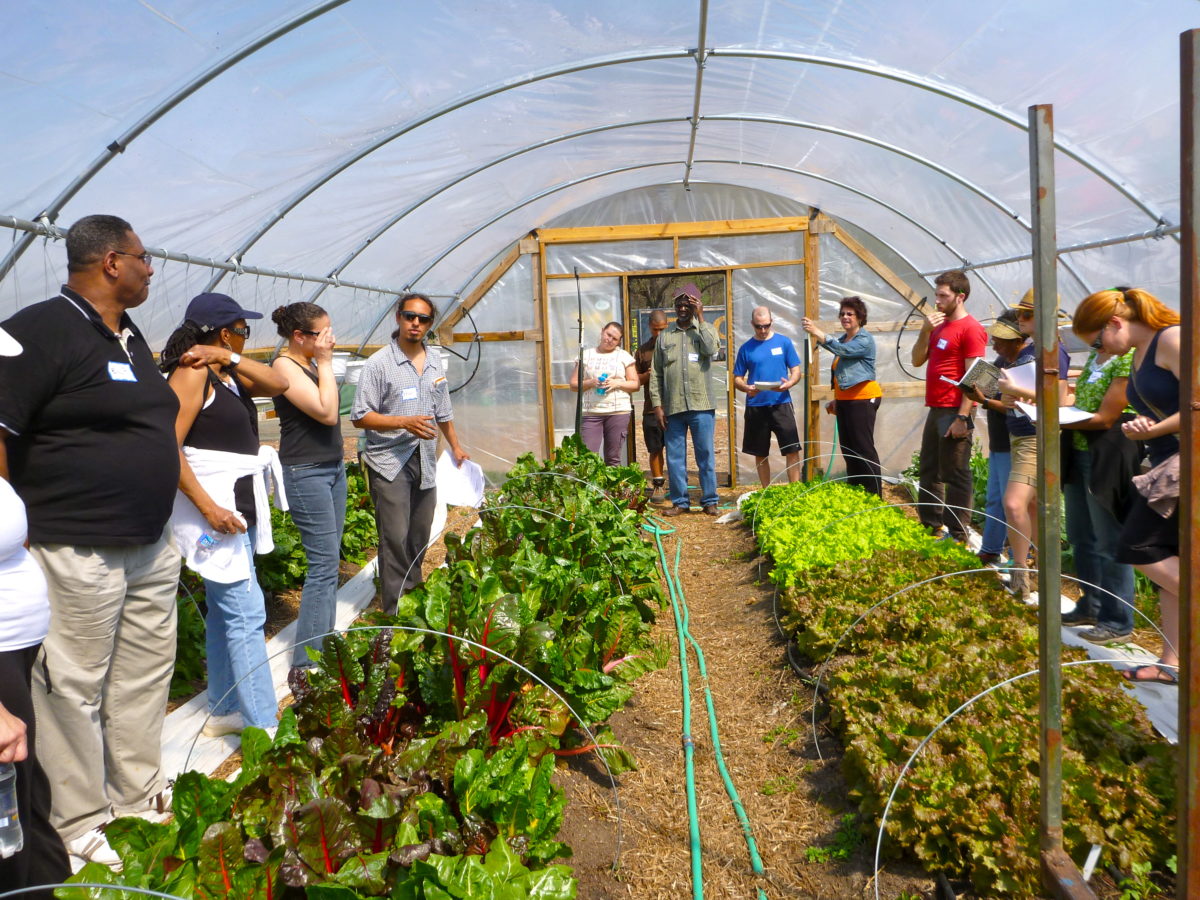 Bradshaw is the founder and executive director of Dreaming Out Loud, an organization that is preparing to open one of the most ambitious urban farms in the city, the Kelly Miller Farm. It’s ambitious not just because of its size—two acres of flat land behind a DCPS middle school—or its location—Lincoln Heights, a neighborhood untouched by the city’s farm-to-table restaurant and organic grocery store boom.

Rather, its most lofty ambitions lie in the process that has preceded it, how it is attempting to be deeply collaborative and interwoven with the community that surrounds it from day one.

“Our work has been about relationship building over the course of a year with folks that are from the neighborhood, in the community, [folks] that we’d previously known and went deeper with, and some that we discovered along the way,” Bradshaw, who is Black, told me. He recalls sitting outside the farm listening to one older resident for two hours, getting bitten by mosquitos while she told him every single thing that had gone wrong [with previous development projects].

“The projects that are helping … are the ones that don’t just assume that they know what’s best for the community and force it on them,” Josh Singer said. “They listen to these communities, they build relationships, and they allow these communities into every aspect of decision-making.”

Shweder Biel said that if you accept that urban agriculture should be community-centric and if you follow that concept to its logical conclusions, then there are implications for how projects and organization should ultimately be structured.

“If what [urban agriculture] does is create a richer sense of community,” she told me, “it requires that there be investment by the communities that are surrounding the farm… there need to be the indicators that this is for me, for us, for the community members.”

This alternative vision of urban agriculture—one that is more intentional about how it interacts with the race and class dynamics of the city in which it operates—has had a very tangible impact on how DC Greens handles its business.

“We’ve been doing a series of anti-racism trainings internally, just to make sure that the real point of the work is very front and center for all of us,” Shweder Biel told me. As a result, the farm has hired more people of color and D.C. natives as core staff members and worked with them to design programming and outreach. They’ve also hired more people from the neighborhood to run their farmers’ markets, and they regularly invite neighborhood representatives to join them when meeting with power brokers around D.C.

Christian Melendez pointed out that “urban ag, with its ear to the ground, could be a form of preserving and building community.” Melendez, who is Latino, was the lead farmer for many years at ECO City Farms in Edmonston, MD, and recently left to start his own bicycle composting business. “You can automate greenhouses, which has some value, but what kind of culture do we want to build?”

“I’ve met so many people in the shadows of D.C. who were farmers back home in their country,” he told me. “What are the stories and the foods that we’re losing because people are being displaced? That [displacement] can be from Mexico to D.C., or it can be from D.C. pushed out to Prince George’s County.”

Soilful City’s Brown looks at urban agriculture in under-resourced urban environments as an organizing tool. “A lot of communities that I work in are powerful, but people feel like they’re fighting against a giant,” he explained. His goal is “to help people find power within themselves,” turning the energy required to organize around something tangible like a garden into energy for organizing around whatever other issues are affecting their lives. “It’s about food,” he says, “but we gotta be a little bit bigger than food.” 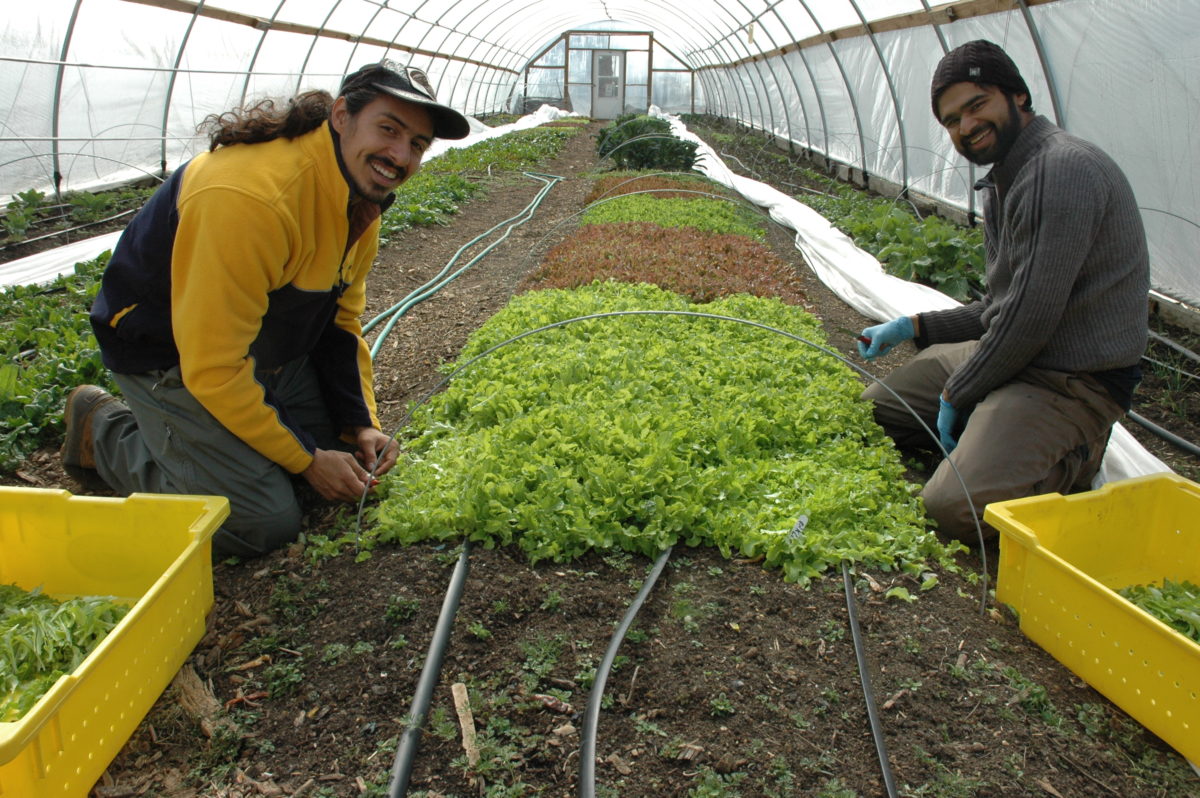 In the wake of the recent election, progressive groups all over the country have been reflecting and rebuilding, redesigning strategies to reflect our new political reality, and the Food Movement’s been no exception.

In D.C., this political and media capital of the world, some in the urban agriculture community are seeking to weave their work into the larger struggle for justice.

“[We’re] making those broad based alliances where we’re connecting food to land to housing to everything else,” Brown told me.

“Coalitions are necessary, because then it’s not just one voice, it’s multiple voices,” Chris Bradshaw added. “And it’s not these disjointed calls in the wild. It’s a coordinated and multiplied voice around justice as a platform.”

Dreaming Out Loud explicitly aims “to have the broader conversations about housing, poverty, healthcare, justice, race, gender, class, all those things, through this vehicle” of urban agriculture,” Bradshaw told me. But, in the meantime, he thinks that we can do “some pretty cool things that do help the physical circumstances of food access, job creation, community wealth building.”

At the end of this process, after the last of these many profound conversations, I found myself returning to something I discovered at the beginning, the last line from the San Francisco Urban Agriculture Alliance’s position statement on gentrification:

“…While we’ve got our heads down, hands in the dirt, cultivating a new world into existence, we must think of everyone who we want to be in that new world, and what we can do to get there with them—lest we look up to find that those potential allies have long since disappeared.”

Urban farmers in D.C. are increasingly looking up. I know I am.

Photos, from top: Joseph Molieri for Bread for the World, Adam Schwartz, and Viviana Lindo.