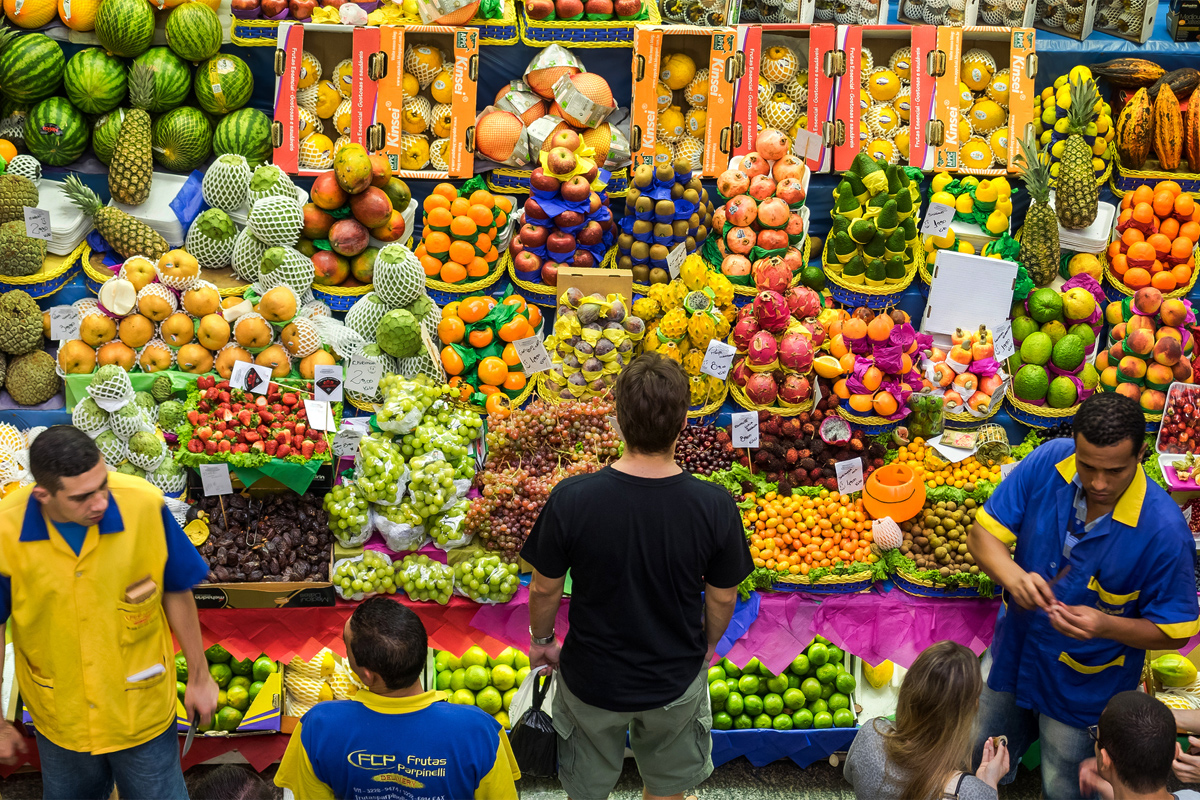 Families struggling to pay high California rent have to make tough choices at the grocery store. That box of expensive strawberries, for example, might not make it to the checkout counter. To make produce easier to afford, incentive programs that match food stamp spending at farmers’ markets have popped up from California to Washington, D.C. At many farmers’ markets in California, where food stamps are known as CalFresh, shoppers who spend up to $10 in CalFresh benefits can get up to $10 in matching funds, and a bill passed in 2015 aims to increase the incentives for California farmers’ markets shoppers.

Unfortunately, farmers’ markets aren’t open every day like supermarkets are, and low-income customers still don’t frequent them: In 2014, shoppers spent 89 percent of their CalFresh dollars at grocery stores and less than 1 percent at farmers’ markets, though that number is increasing.

A program launched this month in Northern California aims to make buying fruits and vegetables easier at grocery stores, too. Double Up Food Bucks, a national initiative that promotes healthy food incentive programs, is coming to California through a pilot project launched by the San Francisco Bay Area Planning and Urban Research Association (SPUR). Starting with three stores in San Jose and Gilroy, Double Up Food Bucks gives CalFresh recipients a penny-for-penny match coupon when they buy California-grown produce. It’s the first project in California to focus on state-grown produce.

Through the initiative, fruits and vegetables grown in-state are labeled with the Double Up Food Bucks logo. Shoppers paying with food stamps will receive a coupon tallying how much they spent on California-grown produce, up to $10. On a future visit, they can bring that coupon back and apply the money to produce grown anywhere, whether avocados from Mexico or cantaloupes from Honduras. In the first two weeks at Arteaga’s in San Jose, one of the pilot supermarkets, between four and nine customers use their coupons each day.

Helping low-income shoppers bring home more fresh food is an admirable goal in itself, but Double Up Food Bucks could also impact both individuals’ vegetable consumption and the local food system: if shoppers clamor for incentivized California produce, grocery stores may order more of it from their distributors. “I believe it will definitely increase the demand for California produce,” said Lupe Lopez, owner of the Arteaga’s chain.

Zaine Wood, an Arteaga’s shopper in San Jose, doesn’t usually consider the source of her produce. “I don’t notice if it’s from California or Mexico. I just buy it,” she said. She would love to buy more kiwis and strawberries, but avoids them because they’re too expensive. If Arteaga’s changed its buying decisions to purchase intentionally from California growers, she could earn double produce dollars on her favorite fruits.

Right now, small grocery stores don’t necessarily prioritize buying from in-state growers. Though San Jose is just 30 miles from Gilroy, the garlic capital of America, the Arteaga’s in San Jose sold only garlic from China, at $3.29 for a bag of five small heads. That could change if the Double Up program has an impact.

Zigas envisions entire “California-grown” sections in produce departments statewide. “The stores are starting to identify what’s California-grown when they never did before. If we did this with Whole Foods or New Leaf, that’d be old hat for them. But for some of these independent stores, it’s a new thing,” he said.

Double Up Food Bucks, which was developed by the Fair Food Network to encourage healthy eating and support local farmers, launched in 2009 at five farmers’ markets in Michigan. The program now includes farmers’ market incentives in 12 states and grocery store incentives in Arizona, Kansas, Missouri, Michigan, New Mexico, and California.

In Michigan, the grocery store incentives tide shoppers through the winter, when farmers’ markets are closed. But in agriculturally blessed California, shelves in San Jose were stocked with state-grown lettuce, carrots, cabbage, sweet potatoes, and mushrooms, even in February.

In Michigan, the incentive programs have benefited both farmers and consumers. “Double Up has been critical to helping beginning farmers secure their financial stability by bringing a new customer base to the market,” said Emilie Engelhard, communications director for the Fair Food Network.

But in California, when grocery distributors buy from local farms, they’re buying from massive growers that feed the whole country, meaning small farmers won’t get much of a boost from Double Up Food Bucks.

Instead, consumers are the primary targets. At the participating Arteaga’s market in San Jose, where most customers speak Spanish, labels in the produce section read “This product is from California. It qualifies for Double Up Food Bucks” in Spanish. The pilot will also run at the larger Arteaga’s in Gilroy, where a mix of Spanish- and English-speakers stock up on dried chiles, iced bags of oysters in the shell, and hunks of Mexican brown sugar. Customers at the third location, Food Bowl 99 in East San Jose, are about a third Vietnamese, a third Latino, and a third “from the rest of the world,” said Zigas. Each store serves a significant number of customers who use food stamps and all had the technological capacity and a willingness to try the pilot.

“Right now I’m eating only greens,” said Estela Robles, a weekly San Jose Arteaga’s shopper who has diabetes. She liked the idea of extending her dollar for local produce. “We’re in California, so we should buy from here.”

Lopez appreciated the chance to support her customers. “It’s an opportunity for people to get more money and buy more produce. People are struggling, so we want to do anything we can to help,” she said.

In a national political climate in which food stamps are on the chopping block, produce incentives could survive into the future, though they’re a supplement for food stamps and not a replacement. In the 2014 Farm Bill, Congress cut SNAP benefits but set aside $100 million for produce incentive pilots. “We hope we can continue to attract that bipartisan support,” said Engelhard.