The DAIRY PRIDE Act is pitting Big Dairy against plant-based milks producers in a labeling feud. 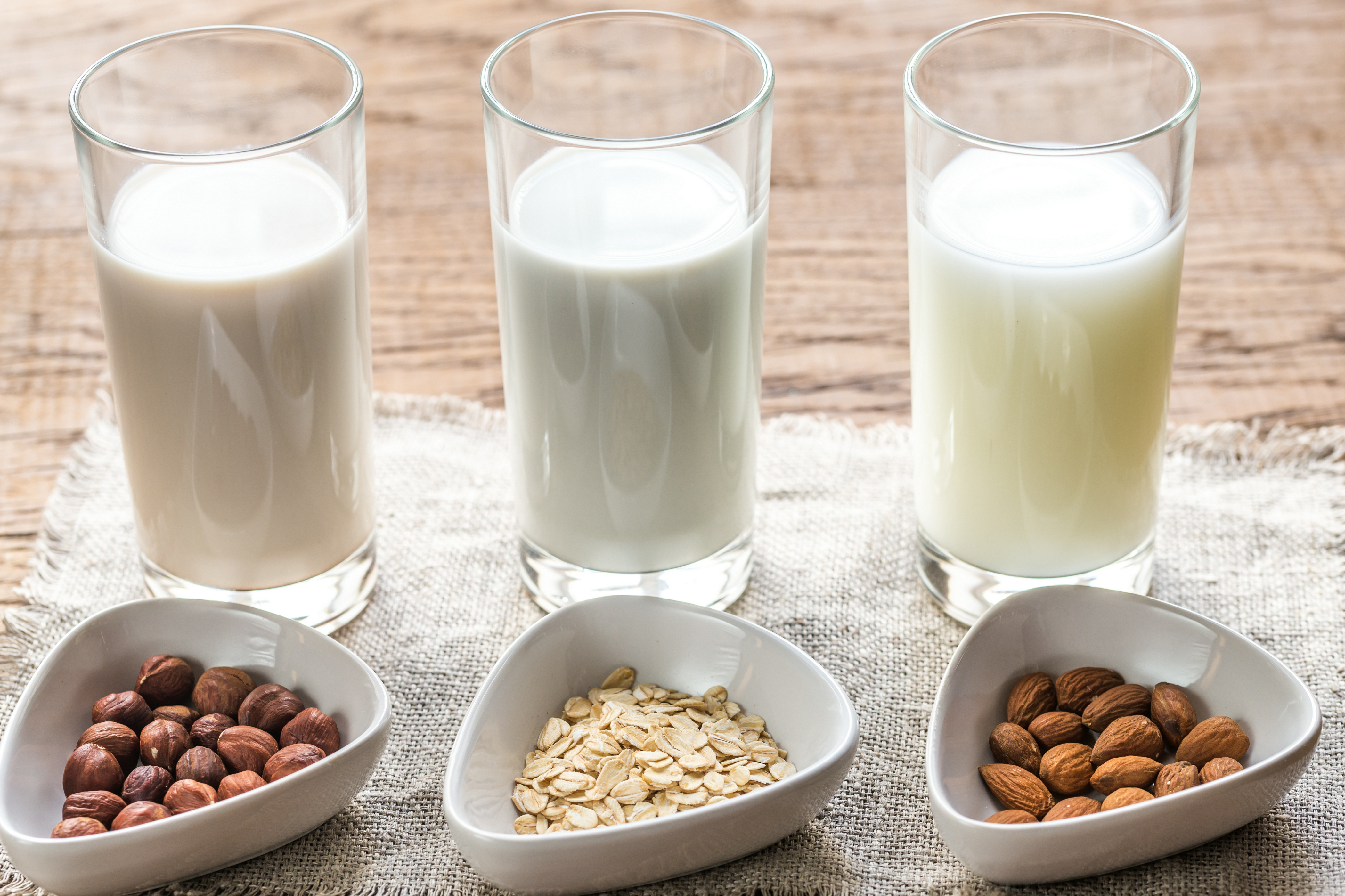 Not long after the egg industry tried to put an end to Hampton Creek’s use of the word “mayo,” a new battle is being waged over a term that increasingly appears on both animal- and plant-based beverages: milk.

In January, Senator Tammy Baldwin introduced the DAIRY PRIDE Act, legislation that would essentially make the U.S. Food and Drug Administration (FDA) enforce an existing guideline that limits the use of the word “milk” to products that come from cows. If the bill succeeds, companies selling almond, soy, hemp, and other plant-based “milks” would have to stop using the term and alternative forms of cheese would also be affected.

Not surprisingly, Baldwin, a Democrat, hails from Wisconsin, the land of cheese. The state was the number-two milk producer—second to California with close to 30 billion pounds—in 2015 and the number one in the country for cheese production, according to the U.S Department of Agriculture (USDA).

Baldwin says the act is intended to support dairy farmers, and groups that represent Big Dairy—like the National Milk Producers Federation and the International Dairy Foods Association—have quickly signed on to support it. (As a side note, former USDA secretary Tom Vilsack’s recently moved to the U.S. Dairy Export Council.)

“Dairy farmers in Wisconsin work tirelessly every day to ensure that their milk meets high standards for nutritional value and quality,” Baldwin said in a press release. “Imitation products have gotten away with using dairy’s good name for their own benefit, which is against the law and must be enforced.”

While dairy still dominates the “milk” market, Americans are drinking much less of it than they used to, while interest in plant-based foods overall is growing. According to Nielsen data, sales of almond milk grew 250 percent between 2010 and 2015, for example, while sales of dairy milk contracted. One 2015 report found 36 percent of consumers prefer milk alternatives over dairy milk. And while this changing market clearly plays a role in the industry’s overall bottom line, it’s unclear whether the new bill will help dairy farmers, who have long struggled with a fluctuating market that has forced many family farms out of the business.

The DAIRY PRIDE Act depends on the FDA’s Code of Federal Regulations, which states that “milk is the lacteal secretion, practically free from colostrum, obtained by the complete milking of one or more healthy cows.” (The bill includes an update to the FDA definition substituting the word “cow” for “hooved mammal” so that milk from goats and sheep would not be affected.)

If the Act passes, the FDA would be required to “issue guidance for nationwide enforcement of mislabeled imitation dairy products within 90 days.” The agency would then have to report back to Congress after two years to show evidence of their progress.

Proponents of the law also say it’s necessary to reduce consumer confusion around the nutrition dairy milk delivers. Chris Galen, the senior vice president of communications at the National Milk Producers Federation, says, “I think it’s both supporting dairy farmers … but it’s also helping consumers who might be misled into thinking that ‘milk is just milk’.”

Galen says the producers of planet-based milks are deliberately using dairy’s “wholesome” reputation to sell their products, which contain different nutrients. Dairy milk contains more protein per cup than the alternatives, especially compared to almond. It also has naturally occurring nutrients like vitamin D and calcium, while many plant-based milks are fortified with the same nutrients. “These imitators are trying to confuse things. You can’t milk an almond; you can’t milk hemp,” adds Galen.

Producers of plant-based milks say that consumers choosing almond or soy milk over dairy are doing so less out of an interest in filling specific nutritional needs and more because they want to avoid dairy or animal-based food more generally.

“To us, this attempt to legislate the word milk as dairy-only comes a little late, and doesn’t make sense considering plant-based milks have been around … for centuries,” said the Almond Board of California’s North America director, Molly Spence. “The variety of milks on the market today simply comes down to consumers having more choice.”

White Wave, the company that makes many soy-based “milk” products under its Silk brand, said in a statement: “We are confident that consumers understand the difference between dairy milk and plant-based alternatives.”

In February, the Plant-Based Foods Association joined the debate by sending a letter to the FDA stating that plant-based products using the word milk were properly labeled and that the issue has already been settled in court. The Association points to a 2015 case in which a judge sided with Trader Joe’s, as a producer of soymilk, arguing that the company was not trying to pass off their soy milk as “milk,” in the way that the FDA defines it and that a reasonable consumer would know the difference. The American Soybean Association also chimed in with a letter to the FDA that cited survey data showing consumers “are not confused about the content of soymilk.”

The Real Effects on Farmers

If the act passes, what will its effects really be, other than label redesigns?

DAIRY PRIDE also happens to have a telling acronym. It stands for “Defending Against Imitations and Replacements of Yogurt, milk, and cheese to Promote Regular Intake of Dairy Everyday.” In other words, while its practical intention is to enforce a labeling standard, its real goal is to get Americans to eat more dairy.

And yet it’s unclear whether or not increased consumption would ultimately help farmers, who are often at the whim of large cooperatives and distributors.

According to Farm Aid, the nonprofit that raises funds and advocates for family farmers in the U.S., “dairy farmers are often paid prices far below their cost of production—leaving them at a loss each time they sell their milk.” While the organic milk market has provided more stable prices for producers, most dairy farmers will likely still be at the whim of a highly consolidated industry built on a byzantine set of rules and regulations that can lead to things like dumping and organized efforts to “retire” or kill off cows in an effort to raise prices on the final product, but rarely rewards producers with a living wage.

Eric Pierce, director of business insights at New Hope Network, spends most of his time analyzing data and trends related to natural food products. The key, he said, is that the “appeal of vegan products far outstrips the vegan or vegetarian population. There’s a broader understanding of what vegan products are associated with.” Some see plant-based foods as healthier, but many also choose them out of concern for things like their impact on animals and the environment.

Industrial dairy production, meanwhile, may not align with those priorities. And yet while the volume of total dairy milk product sales continues to drop, one segment has been seeing consistent growth: organic and grassfed.

In the end, whatever alternative “milks” are ultimately called, the dairy industry may need more than a protected term to adjust to these shifts.