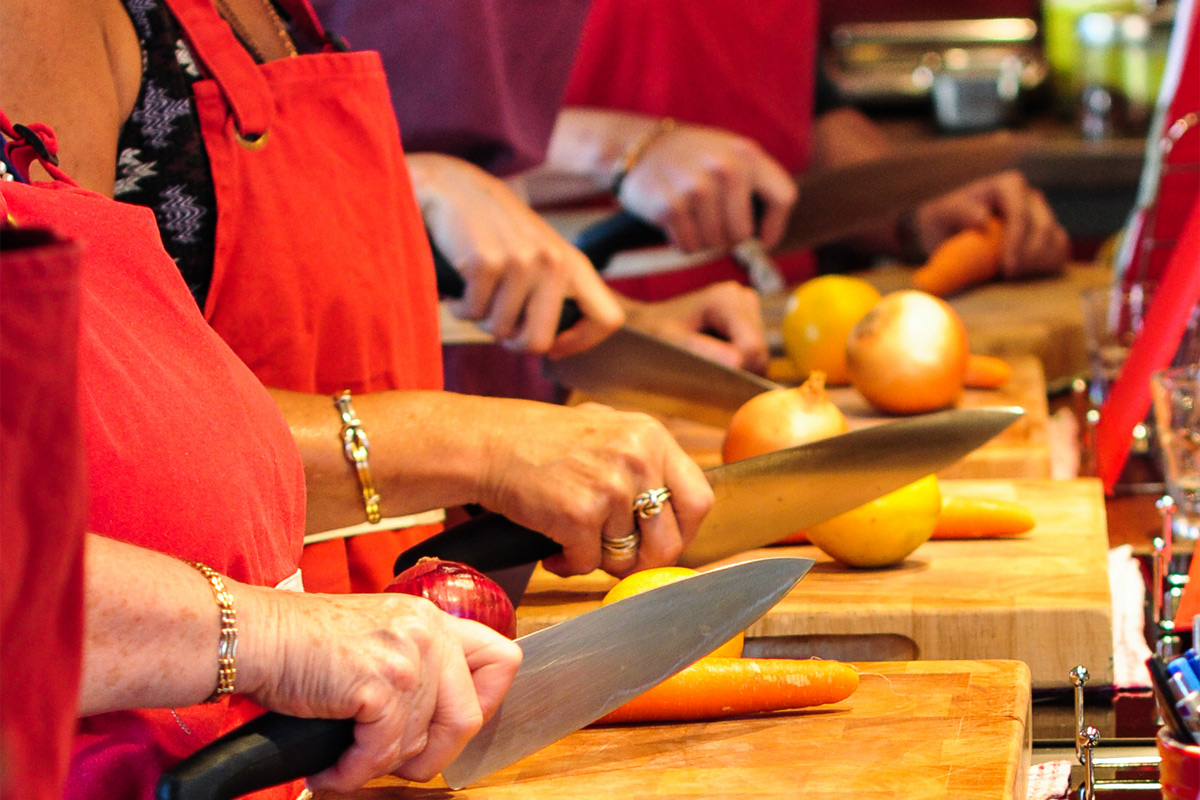 When Meg Kiley started working for Boston food rescue organization Lovin’ Spoonfuls five years ago, her job was to make deliveries of rescued food to shelters, food pantries, and other community groups. The recipients, however, were not always sure what to make of a crate of kohlrabi or bundles of beets with greens still attached.

“I would sometimes come up against some discomfort—people were not particularly familiar with everything I had on the truck,” Kiley said. “I had the idea that it might be helpful to provide more information.”

So, two years ago, Kiley and Lovin’ Spoonfuls turned this inspiration into Plenty, a program that partners with notable Boston chefs to teach people how to cook fresh, healthy food on a budget. Since its inception, the program has run 14 workshops showing participants—primarily low-income residents, senior citizens, and immigrants—skills like stretching a roasted chicken into several meals or making creative use of pantry staples. Teachers have included prominent Boston restaurateurs, James Beard award winners, and even two Top Chef alums.

“I am super excited to be involved in the project,” said Karen Akunowicz, executive chef at Myers + Chang and a contestant on season 13 of Top Chef. “Sometimes it feels like magic. Folks are trying something new, and that is really exciting.”

Cooking Classes for the Masses

Each Plenty workshop is offered in collaboration with one of these beneficiary organizations. They determine class topics based on the season and the needs of the particular audience. All of the sessions, however, promote Lovin’ Spoonfuls’ basic values: teaching recipes that are nutritious, budget-friendly, and low-waste. Workshops include a cooking demonstration, food tastings, and lots of time for questions and answers.

Food rescue organizations—for example, New York’s City Harvest and Maryland-based Food Recovery Network, which has 200 chapters on college campuses in 44 states—have become increasingly common as the issue of food waste gains wider attention. And there are a number of groups that offer cooking classes for disadvantaged populations; Cooking Matters, headquartered in Washington, D.C., for example, provides culinary curricula to partner groups across the country.

Lovin’ Spoonfuls’ Plenty program aims to combine those missions to give each an even bigger impact.

Irene Li, owner of restaurant and food truck Mei Mei, has taught workshops to a group made up largely of young mothers and to senior citizens, many of whom were Chinese. Over the summer she led a session focused on seasonal produce like zucchini and eggplant; in the winter she focused on root vegetables. Li also explained how to use healthy fats and how herbs and spices build flavor without using salt.

“We talked about things they don’t need a complicated recipe for, things that are time-saving and energy-saving,” Li said.

Tiffani Faison, owner of two Boston restaurants and a finalist on the first season of Top Chef, taught a session tailored to people living without access to a kitchen, including a recipe for microwave meatloaf. James Beard award-winner and restaurateur Jamie Bissonnette demonstrated how to use pantry staples to make flavorful meatless meals, including dal and spiced chickpea stew.

Tailoring the workshops to each population has been Plenty’s primary challenge, said Katy Jordan, communications director for Lovin’ Spoonfuls. Knowledge of cooking and ingredients vary so much between different cultures and populations that each workshop must be carefully customized to be neither too basic nor too advanced.

While the workshops have generally been well attended, with as many as 60 people piling in to learn new recipes and cooking techniques, ensuring attendance is another of the program’s main challenges, Jordan said. Many of the clients they serve work two jobs or spend their days looking for work, and the teacher-chefs need to be in their restaurants in the evenings, so keeping workshops full has required an ongoing marketing effort.

Diana Garcia, a resident of Boston’s Roxbury neighborhood, attended a workshop where she learned how to cook a simple creamed turnip. She had seen turnips available from Lovin’ Spoonfuls, but had no idea what to do with them. The Plenty session was far more useful than a simple recipe, she said, because seeing someone make the dish confirms that she’s actually doing it right.

Since the workshop, Garcia has made creamed turnips for her 10-person household, and it was a hit. “My father loved it, my nephew loved it,” she said. “I even have one kid who is anti-vegetable all the way through and he ate it, so it was a success.” 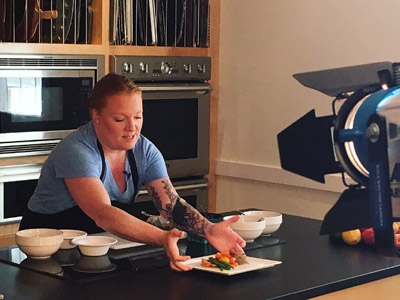 The program also produces video lessons that are posted on the Lovin’ Spoonfuls website. In one, Akunowicz demonstrates how to turn one chicken into three different meals; in another, chef Louis DiBiccari explains how to use entire vegetables—think fennel fronds and celery leaves.

Though the chefs leading these workshops have a certain level of renown, it is not their fame drawing students to the sessions, Jordan said. Instead, they are just hungry for good information about healthy home cooking, she said.

“I won’t say that star power is the thing that is attracting people,” she said. “It’s just an added benefit.”

Plenty is also about more than just learning new ingredients and recipes, said some of the participating chefs. Though Li’s livelihood depends on people going out to eat, she pointed out that home-cooking is a vital component to improving the environment and alleviating hunger. And Akunowicz said that helping people become more knowledgeable and confident in the kitchen can only help strengthen Lovin’ Spoonfuls’ mission of reducing food waste.

“It is teaching them what to do with the food when you get it,” she said. “They go hand and hand.”