Seeding a Need: How a Seed Company Doubles its Impact | Civil Eats

Seeding a Need: How a Seed Company Doubles its Impact

The buy one, give one model puts heirloom seeds in the hands of those who struggle with food access. 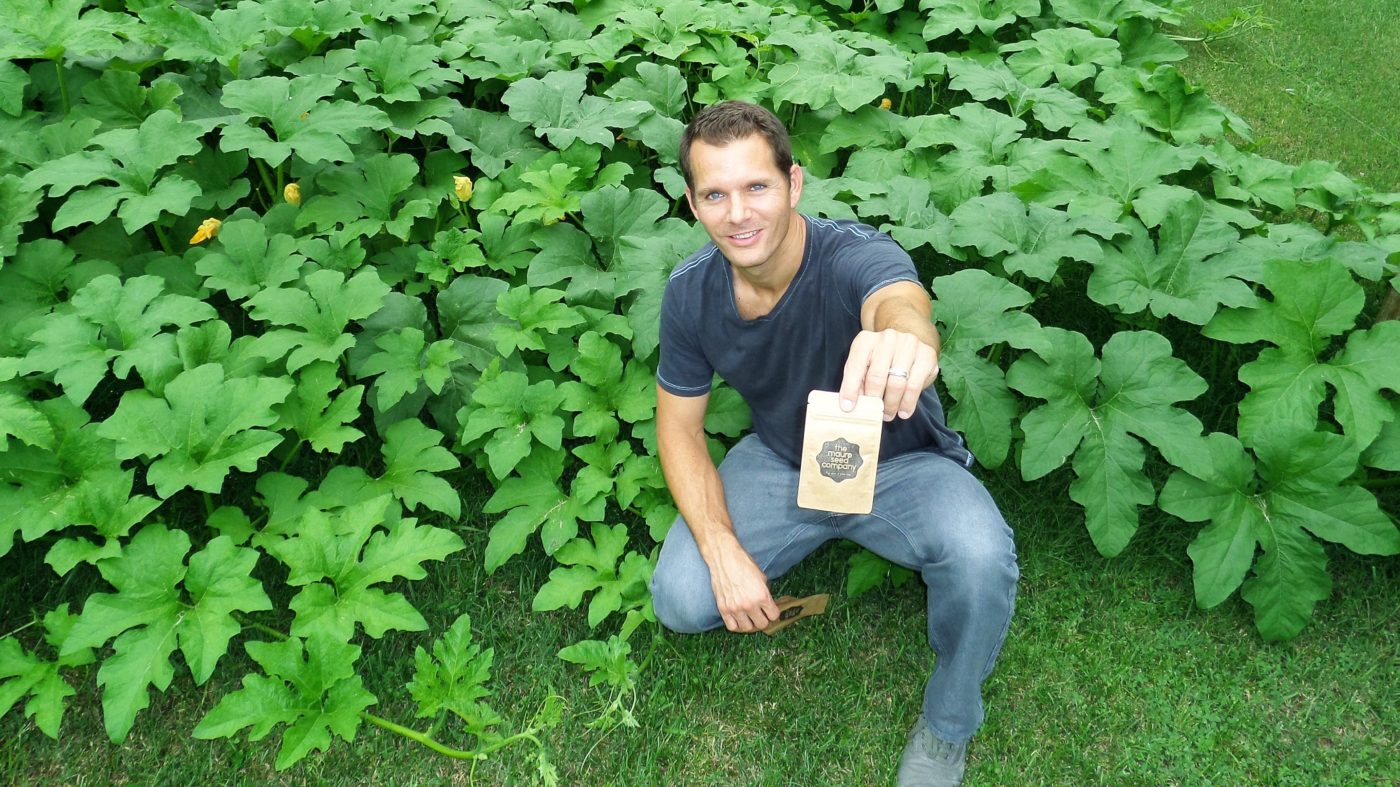 David Mauro started thinking about novel approaches to food access while volunteering at the food bank near his Nashville home.


“I became disenchanted watching the same people come back week after week,” says the 41-year-old former software sales executive. “Giving them food was not solving the problem; I wanted to do something to empower people to feed themselves.”

Rather than handing out nonperishable foods, Mauro believed he could have a more powerful impact using the buy one, give one model pioneered by companies like the shoe maker TOMS and the eyeglass company Warby Parker to help people grow their own food.

In 2015, Mauro founded Mauro Seed Company. The concept is simple: For every package of beet, broccoli, kale, collard, carrot, or other open-pollinated, non-GMO vegetable seeds purchased, the startup donates a package to partner organizations, including churches, school gardens, and international outreach missions both in the United States and abroad. The company aims to work with partners committed to teaching members of their communities how to plant and manage gardens.

“Seeds have the greatest ability to feed most people at the lowest cost,” Mauro says. “The seeds we gave [to our partners] last year will continue to produce food for years to come.”

To carry out the work, Mauro converted his basement into company headquarters and partnered with Tennessee seed growers to source the seeds. With the help of his wife, children, and three part-time employees, he packages the seeds in his home and ships them to customers and nonprofit partners around the world. He conducts sales exclusively through the company website.

So far, Mauro Seed Company is making a mark with its mission. In 2016—its first full year in business—it donated enough seeds to grow one million pounds of food to partner organizations that teach others to grow their own food.

Tennessee-based nonprofit cul2vate was one of the first partner organizations to benefit from a donation. Last summer, the nonprofit used the seeds to grow food on its two-and-a-half-acre site as part of a farmer training program for the chronically unemployed. Cul2vate also gave seeds to low-income members of the local community who wanted to start their own gardens.

This year, Mauro Seed Company is doubling its giving goal and hopes to sell enough $3 seed packets to donate the equivalent of two million pounds of food.

Buy One, Give One Models

Around the country, several other buy one, give one seed companies have realized success in recent years. In New York, Bentley Seed Company introduced a Give & Grow program in 2014. For each packet of seeds purchased through one of its dealers, the 40-year-old company donates a packet of its non-GMO seeds to partner non-profit organizations that offer garden classes. In its first year, the Give & Grow program donated 10,000 packets of seeds.

While the popularity of altruistic seed donations appears to be growing, the model is not without its critics. TOMS, the pioneer of the buy one, give one model, has come under fire for, among other things, displacing local shoemakers and providing a Band-Aid solution instead of addressing the root cause of the problem in the process of donating 60 million pairs of shoes.

While the seed giveaway model is still too small and niche to attract attention from critics, Mauro understands the criticism, but unlike shoes, he points out, seeds can be saved and used indefinitely to address global hunger. Moreover, he believes, donating seeds—as opposed to food—empowers recipients to grow their own food as opposed to relying on others for donations.

“Once the giver disappears, the gift continues giving,” Mauro says.

Fortunately for Mauro, the interest in growing fruits and vegetables is at an all-time high. In 2016, Americans spent $3.6 billion growing food, with Millennials making up more than 80 percent of new food gardeners, according to the National Gardening Survey.

“We’re not getting grandpa who’s been buying seeds for 30 years and is loyal to big seed companies,” Mauro explains. “Our focus is the younger generation who are growing their first gardens and inclined to support a company for its values as well as its products.”

Still, Mauro has discovered that executing his vision has its challenges. Mauro vets each potential partner organization through an application and interview process and has found identifying partners challenging.

“We’re about more than just getting seeds into the hands of people who need them,” Mauro says. “It’s been difficult to find partners that are able to provide the knowledge, training, and education to empower people to grow their own food.”

Mauro Seed Company sends about 75 percent of its donated seeds abroad through organizations like Foundations for Farming in Zimbabwe and Semilla Nueva in Guatemala. The reason, according to Mauro, is that there is more focus on educating people to grow their own food in developing countries. 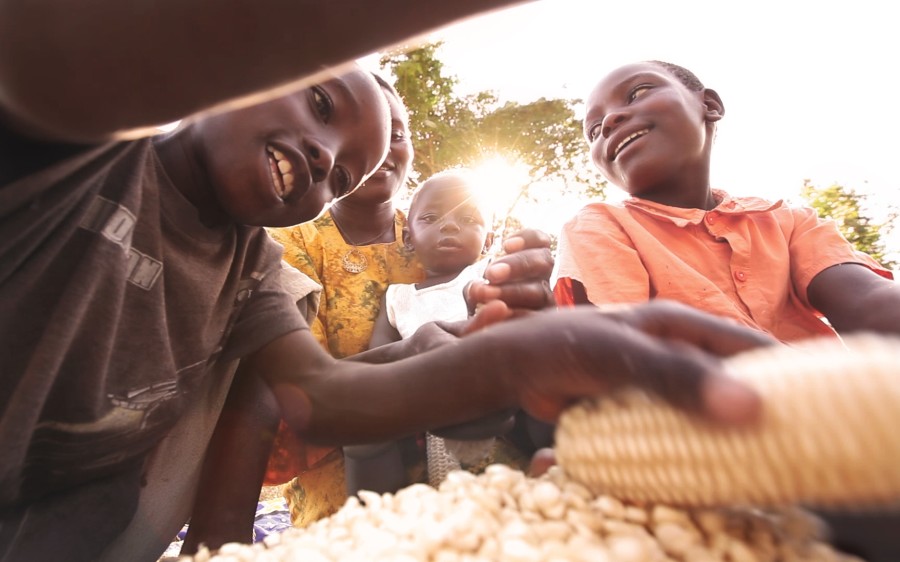 In the U.S., most of Mauro’s partners use the seeds to grow fresh vegetables for those in need rather than teaching them to grow their own food.

“These groups are doing important work, and we’re not [opposed to] their approach, but it’s not the core of our mission,” Mauro says.

Grow Appalachia, based out of Berea, Kentucky, is a proponent of the seed company’s approach. One of the few U.S. partners that aligns almost exactly with Mauro’s central mission, the organization promotes self-sufficiency by teaching residents of rural Appalachia to garden. Founded in 2009, Grow Appalachia has helped more than 14,000 gardeners grow almost three million pounds of food over the last eight years.

“Learning to grow food is about more than a meal,” explains director David Cooke. “It’s giving people control over one element of their destiny.”

Under a new partnership with the Mauro Seed Company, the nonprofit has received over 400 pounds of bean, pea, corn, cucumber, cabbage, squash, and watermelon seeds that will produce hundreds of thousands of pounds of food for program participants. In addition to being used in educational gardening programs, the seeds will be given to participants to use at home.

The donation, according to Cooke, will free up resources to offer classes and purchase equipment like hoses and hand tools that residents of the economically depressed rural communities could not otherwise afford. “Seeds are one part of the entire system,” Cooke says. “You have to know what to do with them and have the tools to maintain them. We can focus on that if we’re not worried about paying for the seeds.”

Mauro hopes to support an increasing number of nonprofits like Growing Appalachia and cul2vate and to double sales—and donations—in 2017. But he insists he’s not trying to build his company into a brand that will compete with major players like Johnny’s Selected Seeds or Burpee.