Communities that depend on salmon among those that suffer the most during drought, a new report finds. 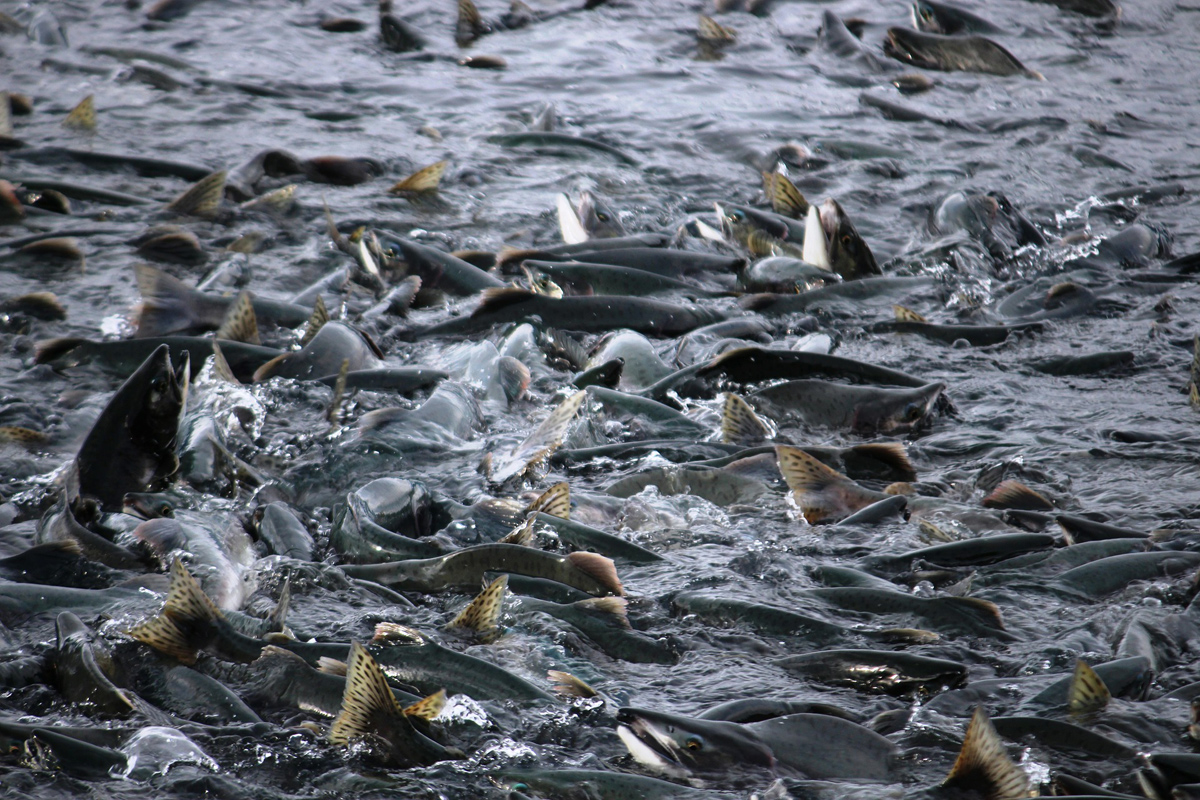 Native American communities have often embraced fish as an integral part of their diet and culture. For the Hoopa Valley people, a Native American tribe in Northern California not far from the Oregon border, that fish is salmon.

“We’re river people,” said tribal member Brittani Orona. “We depend a lot on water and the life that’s in the water for both our physical and cultural sustenance.” Salmon has historically been a staple of the tribe’s diet, as well as what members eat at Hoopa Valley “world renewal” dances, when they dance by the water or in a boat.

California’s historic drought—which has only just ended in Northern California after six years—has had profound impacts on food and culture for native tribes. Record-low numbers of salmon last year put many tribal members in a tough spot.

“We interviewed tribal fishermen, and they said for the first time they couldn’t catch any salmon” for their ceremonies, said Laura Feinstein, an ecologist and senior research associate at water think tank the Pacific Institute. “They had to use chicken instead.”

A new report from the Pacific Institute shows how communities particularly dependent on fish are especially at risk from the California drought. The report concludes that these groups have been affected by state policy that does not go far enough to protect non-endangered, commercially fished species.

“We wanted to talk about the connections between California water and fish beyond ‘fish vs. farms,’ because that framework ignores the people who rely on this fish for economic and cultural reasons,” said Feinstein.

As it stands, Feinstein said the state focuses its environment-related water policy on complying with the Endangered Species Act—which protects federally listed endangered runs of Chinook Salmon such as the California Coastal Chinook—through measures like maintaining adequate water flows.

In addition to its conclusion about commercial and tribal fishermen, the report also found that disadvantaged populations—low-income households, people of color, and communities already burdened with environmental pollution—have suffered the most from the water shortage.

In recent years, these Californians experienced a greater number of household water outages (due to lack of supply), despite the fact that the utility companies charged them standard drought fees that do not account for household income level.

The salmon in California have a number of factors working against them. Diminished stream flows, caused in part by the Klamath River Dam, as well as water diverted by other dams and structures, block the fish as they attempt to swim upstream from the ocean to their historical spawning habitats, the report concluded. Additionally, higher water temperatures has caused disease outbreaks among salmon in the Klamath River in the last year, according to tribal fishermen. 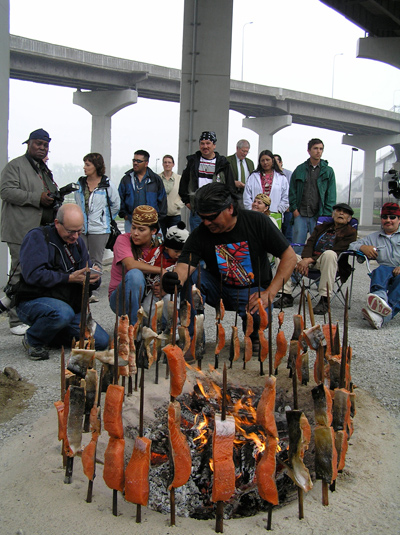 “Too little water and overly warm water means the fish have poor reproduction years,” Feinstein said. “So there’s a whole community of salmon fishermen that is shrinking and fading away.”

With rising costs, and without measures protecting fishable salmon, the number of fishermen has declined substantially, researchers found. Over the last 30 years, the number of commercial salmon boats in California has declined from 6,000 to just 1,000 today.

“Drought just makes the problem worse,” Feinstein said. She added that commercial fisherwoman Lori French told her that during the 2016 salmon season—for the first time ever—her husband spent two days on the ocean without catching any salmon at all.

The Hoopa Valley Tribe, which possesses tribal fishing rights along with the Yurok tribe on the Klamath and Trinity Rivers, have also witnessed salmon shortages, according to tribe member Orona, who served on Pacific Institute’s advisory board for the study. Other tribes living in the region are also affected: The Karuk in Northern California don’t have fishing rights and are therefore restricted to salmon fishing at one authorized location, according to Karuk member Chook-Chook Hillman.

“Over the last few decades, there’s been a lot of infrastructure on the Klamath and Trinity Rivers that has impacted the water quality and the water flows,” Orona said, who is also a University of California, Davis Ph.D. student in Native American studies.

Orona recalled a fish kill along the Klamath River back in 2002, when tens of thousands of Chinook salmon died. The U.S. Fish and Wildlife Service concluded that crowded conditions and low water flows were responsible. “That was devastating to the tribe,” Orona said. “Salmon don’t just feed us. They depend on us for their protection as well.”

So what that might alleviate drought’s impact on salmon? Is it possible to manage water in a way that meets the needs of small, disadvantaged communities?

For one, Feinstein believes the state should be seeking more input from tribes and commercial fishermen as to their water management decisions. Orona emphasized that those consultations with tribes should be with tribal members as well, not just official tribal government representatives. “I hope that this report brings more awareness on how water policy affects different kinds of people,” Orona said.

At the big-picture level, Feinstein believes that managing waterways for ecosystem health rather than just for endangered species is key. “Instead of debating how much water you need in a river to preserve a species from going extinct, look at the water flow level in streams to keep all the species and ecosystem healthy,” she said.

Sadly, if the federal water legislation passed in December—which allows for pumping water out of the Bay Delta at maximum levels—is any indication, California may be moving in the opposite direction.

Update: On February 21, the U.S. Ninth Circuit Court of Appeals ruled that the Bureau of Reclamation had the authority to release dammed water into the Trinity River to protect spawning salmon needed by the Hoopa Valley and Yurok tribes.