Will the U.S. Allow Offshore Aquaculture in the Pacific? | Civil Eats

Will the U.S. Allow Offshore Aquaculture in the Pacific? 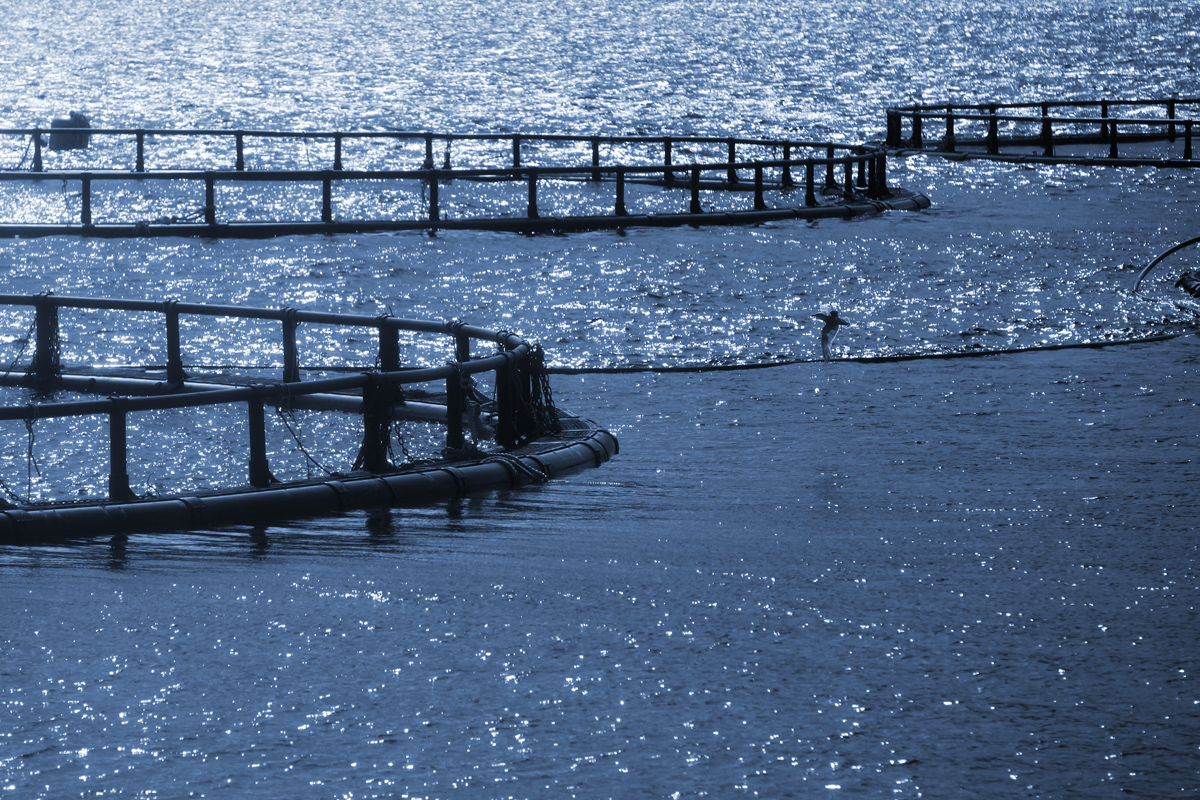 There are a lot of good reasons to eat fish. It is high in protein, low in saturated fat, and considered a good source of many other important nutrients. Current U.S. dietary guidelines recommend eating two meals of seafood per week, and the United Nations Food and Agricultural Organization (FAO) considers seafood essential to world food security. Seafood consumption is also associated with lower greenhouse gas emissions than meat.

But nearly all the seafood Americans eat is imported. At the same time, the FAO estimates that about 90 percent of the world’s fish stocks are either fully fished or overfished. A key solution to these dilemmas, says the U.S. National Oceanic and Atmospheric Administration (NOAA), is aquaculture.

To that end, NOAA Fisheries—along with the Western Pacific Fisheries Management Council—has proposed a program to permit offshore aquaculture in federal waters of what’s known as the Pacific Islands Region. This vast area of the Pacific Ocean includes Hawaii, American Samoa, Guam, and the Northern Mariana Islands, and encompasses a number of national monuments and ocean conservation zones, including the country’s biggest marine protected area.

Currently, no permits are required for aquaculture in these federal waters, apart from permits for certain coral reef species. The Western Pacific Fisheries Management Council has guidelines for aquaculture in this region but NOAA’s proposal would allow aquaculture there to expand systematically—a shift that aims to increase seafood production for a hungry world, but which also has environmental groups concerned.

“What we’re trying to do is support the development of sustainable aquaculture,” David O’Brien, NOAA’s deputy director of aquaculture, told Civil Eats. And he pointed out, “We have about a $14 billion trade deficit in seafood,” said O’Brien. At the same time, he explained, “According to the U.N. FAO, we have the most potential for offshore aquaculture in the world. We also have access to capital and markets and technical skills, so we should be a larger producer of aquaculture.”

Currently, U.S. aquaculture supplies only about 5 to 7 percent of the seafood Americans consume. “Why are we importing so much of our seafood from halfway around the world … as opposed to growing it in our own backyard and creating our own jobs?” asked O’Brien. And, he noted, “Basically, a lot of the same arguments that are behind the local food movement could be applied to aquaculture.”

Early last year, NOAA began the process for its first permitted aquaculture in federal waters—typically water from 3 to 200 miles offshore—in the Gulf of Mexico. This past fall, NOAA began the formal process of assessing the potential environmental impacts for a similar program in the Pacific Islands Region. The agency expects to publish a draft environmental impact statement this spring and—after a public comment period—to release a final assessment in the fall.

Most of the world’s aquaculture—including U.S. shellfish and salmon farming—takes place near shore. Offshore aquaculture requires more complicated and expensive construction but its boosters say it can play an increasingly important role in the world’s seafood supply.

Opponents like Friends of the Earth (FOE) say offshore aquaculture can threaten wild fish populations and sensitive marine environments, “polluting and privatizing the ocean.” If farmed fish escape, they can threaten wild fish by competing for resources, and they can bring diseases. Fish feed and chemical additives, along with the concentration of fish waste on farms, products pose pollution concerns.

“Not only are there impacts to wild fish populations,” said FOE oceans and vessels program director Marcie Keever, “but there are impacts to and will interfere with wild fisheries,” an objection also raised by some in the Pacific Island fishing industry.

Keever also points out that aquaculture continues to use large amounts of wild fish as feed. The offshore fish farms thus far are also aimed at producing very expensive, restaurant-grade fish, she notes. “This is not going to be a massive protein source. It’s not going be a mass market product,” she said. And, Keever added, “We disagree with NOAA that these offshore fish farms can be allowed under the same laws that regulate wild fisheries.”

NOAA’s O’Brien said the U.S. aquaculture industry has made progress in recent decades in reducing the instances of escaped fish, reducing the impacts of fish feed on wild fish populations, and the near elimination of antibiotics.

“There are certainly some major ecological pros and cons,” said Hunter Lenihan, professor of Applied Marine and Fisheries Ecology and director of the Sustainable Aquaculture Research Center at the University of California, Santa Barbara’s Bren School of Environmental Science and Management. Among the pros, he says, are lower energy use and greenhouse gas emissions than other types of food production. “So it seems like an important development in terms of climate change,” he explained.

Lenihan also noted that, “Any time you build or put something into the ocean you can cause ecological impacts.” There are concerns about physical structures such as buoys and anchors, for example: How will these impact local and migrating species, including whales and other marine mammals? But, Lenihan said, “we need to look across the world and see what other people have done in offshore aquaculture and try to avoid similar mistakes, like too great a density of species that can cause pollution and spread disease.”

Right now, offshore aquaculture in U.S. Pacific waters is just a nascent industry. But there are plans for raising mussels, yellowtail, and other fish off the California coast.

“Recent dietary guidelines advocate for doubling seafood consumption by the American public,” said O’Brien. “If we’re going to encourage the eating of more seafood, it would be nice to do that with domestic seafood.”