Will Better Science Help Protect Us from Chemical Exposures? 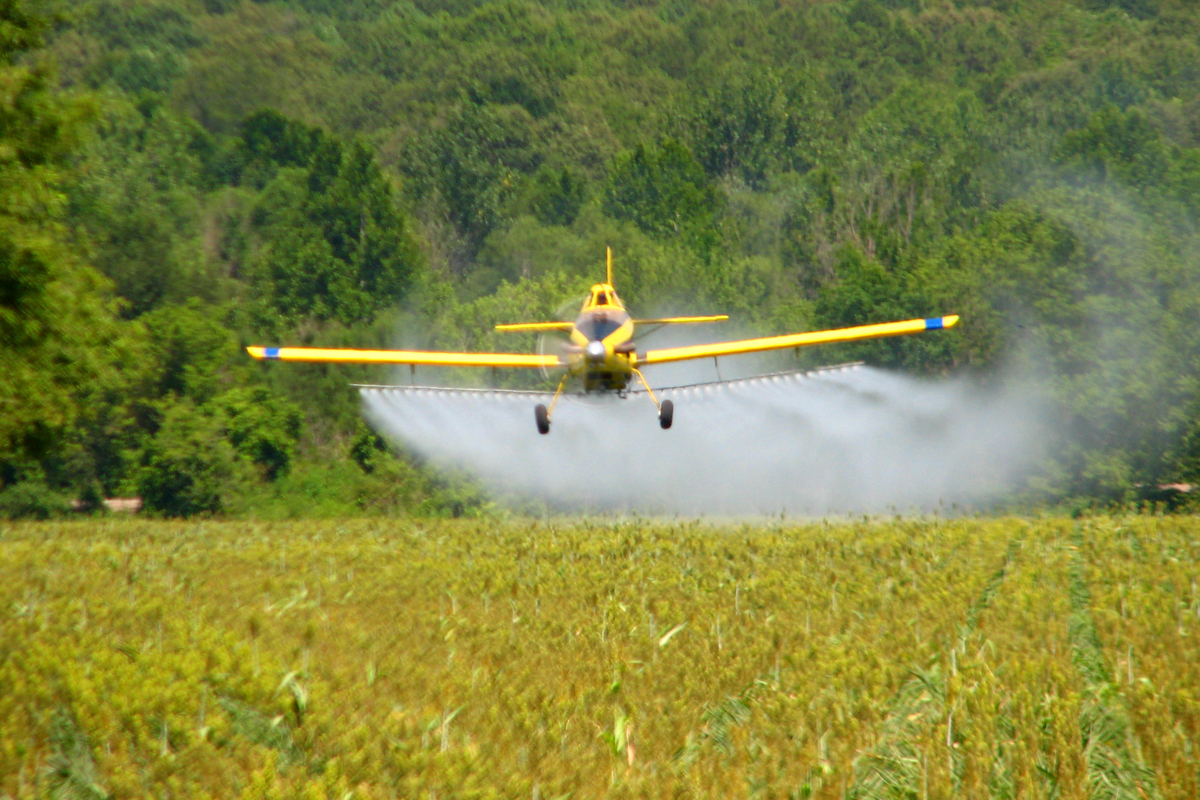 In California’s Central Valley, some farmers are using wastewater from oil and gas extraction to irrigate food crops to augment water supplies reduced by the ongoing drought. But that recycled water is known to contain chemical contaminants—some occur naturally, but many others are used to operate and maintain oil and gas wells. It’s a contentious issue, and industry groups and clean water advocates are locked in an ongoing debate over whether this water is safe to use on crop fields. And yet, as is often the case, neither group has a complete picture of the water’s toxicity—or its potential to impact the health of farms and people nearby.

At the same time, residents of the Central Valley’s agricultural communities are regularly exposed to elevated levels of multiple environmental pollutants—including pesticides and vehicle emissions. Now, says a new report from the National Academies of Sciences (NAS), the scenario in the Central Valley, and similar regions around the country, may no longer be constrained by a lack of good data.

The new report, commissioned by the U.S. Environmental Protection Agency (EPA), U.S. Food and Drug Administration (FDA), and other federal agencies, looks at various high-technology, rapid-screening testing methods that could be used to assess not only a single chemical, but also chemical mixtures. Such technologies could speed our understanding such a mixture’s chemical contents and potential health effects. The report also recommends ways this technology could be used to accelerate and improve understanding of how, when, and where people are exposed to potentially hazardous chemicals—everything from pesticides to food additives and beyond—individually or in concert.

“Science has advanced and we have all these new and exciting tools … that advance understanding of what we are exposed to, and we now have to learn how to use them and put them into practice,” Jonathan Samet, the NAS report’s committee chair and director of the University of Southern California Institute for Global Health, told Civil Eats.

While the report is far from what anyone might consider “beach reading,” it could well influence the safety of the food we eat, the health and safety of those who grow our food, and that of their families and communities. That’s because the report is intended to inform how the EPA and FDA go about deciding, for example, what levels of pesticide exposure or other chemicals we may encounter through food and drinking water are safe.

The report builds on two previous NAS reports that also recommended adopting computerized “high-throughput in vitro tests”—these use test tubes or the equivalent rather than live animals for testing—to speed evaluating the many chemicals about which we currently lack full toxicity information. There is broad support in the scientific community for using such methods to close this data gap.

However, some environmental health scientists caution that while these tests can catch potential adverse health outcomes before they become a problem, that’s not a guarantee. That depends on how individual tests are designed—and how researchers designing the test decide what constitutes an adverse health effect. For example, would chemical exposures that set the stage for, or increase the risk of, developing a disease like diabetes or cancer constitute an adverse health effect, or would there have to be current evidence of a full-blown disease itself?

As NAS committee member and director of the California Office of Environmental Health Hazard Assessment, Lauren Zeise, explained on a webinar, the report outlines the vast array of technologies available to measure and assess chemical contaminants and pollutants. These range from environmental monitoring, such as remote sensing via satellite and personal sensors that can pick up specific exposures, to rapid, computerized “in vitro” chemical testing that can quickly screen numerous chemical samples. The EPA, FDA and other federal agencies are already using the latter in their ToxCast and Tox21 programs. There are also many complex and sophisticated new ways of analyzing and modeling how chemical exposures affect biological systems—from the whole body to the genetic level.

“With all of these advances come numerous and very rich data streams,” said Zeise. Among the report’s recommendations are improvements for, as she put it, “handling the expanding universe of data.” The aim is to use all this advanced technology and the wealth of data it produces to more efficiently—and precisely—understand how chemicals behave environmentally and biologically, and do a better job than we have historically of assessing chemicals’ potential hazards.

Another goal, committee member and Procter & Gamble Victor Mills Society research fellow George Daston told Civil Eats via email, is how to use these methods to “greatly improve the process of prioritizing chemicals for further study, based on their potential to affect key biological processes and the potential for human exposure and/or environmental persistence.” And he noted, “These are problems that risk assessors”—that is, those making decisions about regulating chemicals—“deal with on a daily basis. The report is intended to provide tools that they can use to do their jobs better.”

What the Report Doesn’t Address

What the NAS report does not do is recommend ways to use all this data to improve public health. And that is, of course, where the rubber meets the road. Or, as Kathryn Guyton, scientist with the World Health Organization’s International Agency for Research on Cancer (IARC), who served as a report reviewer, explained via email: “The report highlights the promise of new technologies to advance issues such as identifying the chemicals present at contaminated sites, prioritizing agents for testing and analysis, and characterizing exposures and toxicity. However, it doesn’t comment on if or how the new science will be bring about timely and effective public health policies.”

And for some observers, this is where cautionary flags go up. These new analytical tools may produce more detailed data, says University of Massachusetts Amherst biology professor, R. Thomas Zoeller, but the information may be used to inform decisions that go in very different directions. For example, the rapid screening data can be used to catch—and restrict—a potentially hazardous chemical before it goes into wide production and use. But the ability to seek out more precise details could prompt regulators and other decision-makers to say, “Wait until we know more.”

“There’s been this huge movement and investment in these genomic, high-throughput assays,” said University of California, San Francisco (UCSF) School of Medicine professor Tracey Woodruff. “In the ideal world, they would be quite useful and could be used to predict disease, and predict bad actor [chemicals] before they get out. But they could also be used to exonerate chemicals we don’t know enough about.”

UMass’s Zoeller is equally cautious. “The concept of a precautionary approach”—acting based on what’s known to prevent harm—“is always presented in the context of people. But we’re incredibly careful and precautionary about the effect on industry, not so much with respect to people.”

As the Obama administration leaves office, many decisions remain in process. Among those are ongoing human health evaluations of a number of widely used pesticides that include atrazine, chlorpyrifos, glyphosate, and malathion. Also unfinished will be the EPA’s response to a formal legal petition from 15 environmental and farmworker advocacy groups asking that the agency evaluate the synergistic impacts of pesticide mixtures.

EPA risk assessments for a number of neonicotinoid pesticides are also in process. Neonicotinoids have been implicated in adverse impacts on honeybee and other pollinator health, and their human health impacts are not yet fully understood.

And while the EPA last month denied a request from the American Farm Bureau Federation and National Association of State Departments of Agriculture to postpone implementation of the agency’s new standard to protect agricultural workers from pesticide exposure, it’s not entirely clear if this will be the last word on the issue under the new administration.

The chemical assessment and exposure techniques the NAS report touts, could lead to swifter, more health protective decisions about these chemicals—or not.

For new scientific technology or old, the NAS report acknowledges, current decision-making continues to rely on “expert judgment.” When it comes to the many big (and big-ticket) decisions facing agencies like the EPA—decisions that will affect the food eaten and grown by millions of Americans and their communities—whether these judgments will be “timely” or protective, remains to be seen. And given the current Congress and incoming administration’s anti-regulatory stance, it’s even less clear how this science will be used.