Modern Benefits from Ancient Seeds: The Hunt for Wild Fava

The discovery of millennia-old seeds may lead to a better future for a vital world crop. 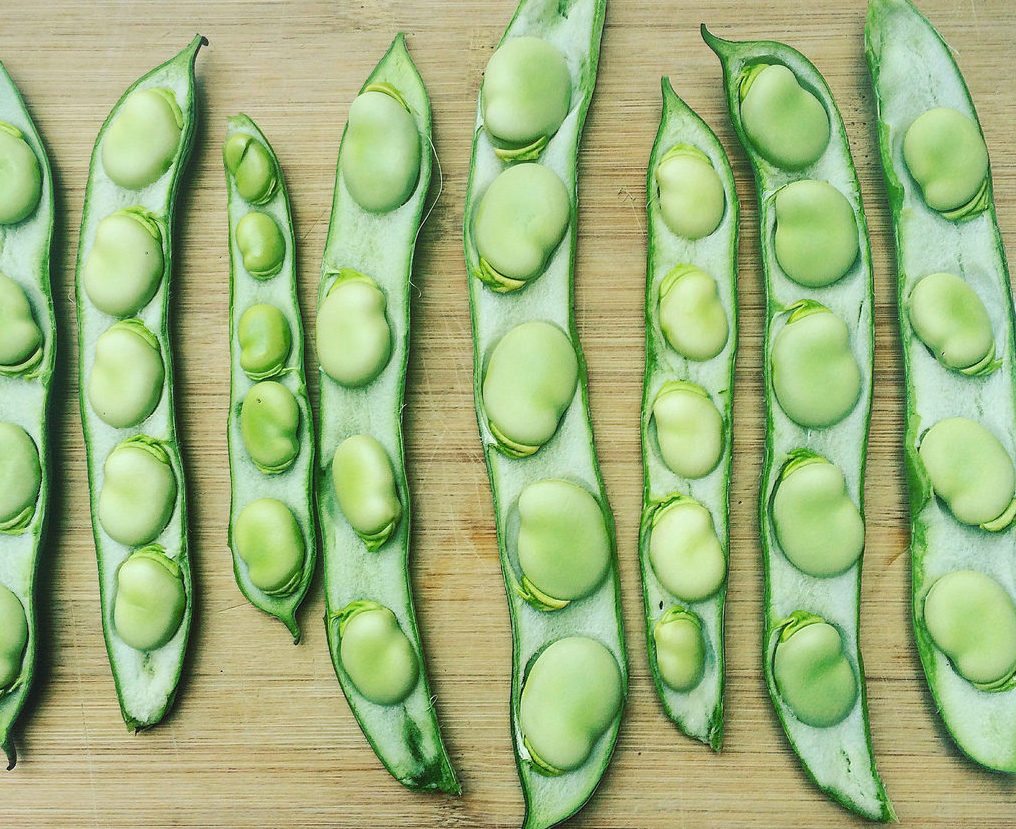 Could six, tiny, 14,000-year-old seeds improve the way the world eats today? A physically miniscule finding at a prehistoric campsite at the el-Wad Terrace in Mount Carmel, in Northern Israel, has provided a big clue in a mystery that’s confounded scientists for years—one that could prove important to global crop health and diversity.

After considerable study, it turns out the seeds are wild ancestors of Vicia faba, commonly known as the fava bean. Fava is considered by the conservation organization Crop Trust to be one of the most important crops in some parts of the world. Fava’s health is a critical matter even in places where people don’t consume it very much: it’s the most effective natural nitrogen fixer known to agriculture.

Nitrogen is essential to building nutrient-rich soil, but it’s quickly used up by cereal crops like wheat, which, when eaten in conjunction with fava and other legumes, provide an inexpensive, balanced diet to the world’s estimated 375 million vegetarians. Any crop’s wild ancestors hold important information about how to make modern domesticated varieties more resistant to disease, drought, and other devastating effects of climate change. But traces of a wild ancestor of Vicia faba, long presumed extinct, proved utterly elusive—until el-Wad.

The six seeds, each measuring about 5 millimeters in length, were discovered by paleobotanist Valentina Caracuta; she published her findings in Scientific Reports this past November. Caracuta dug the seeds up from the earliest levels of an ongoing excavation of a Natufian habitation. The Natufians were a hunter-gatherer culture that inhabited the Levant (or eastern Mediterranean) from about 13,000 to 9,700 BCE.

Caracuta and Elisabetta Boaretto, director of the DANGOOR Research Accelerator Mass Spectrometry Laboratory at the Weizmann Institute of Science in Rehovot, Israel, put the seeds through a variety of tests: measuring them via CT scan; analyzing the length of their hilums (the points where seeds attach to their pods) and radicles (basically, their roots); and finally, reducing them to tiny piles of graphite so they could date them.

In the end, Boaretto and Caracuta concluded that the seeds were indeed members of the Vicia faba species, and that they were about 14,000 years old. Since fava was not domesticated until a little over 10,000 years ago—and since the Natufians did not grow crops—it became clear that the seeds were the long-lost and highly coveted wild fava. “Now we know,” says Boaretto, “that in Mount Carmel, natural fava would survive.” 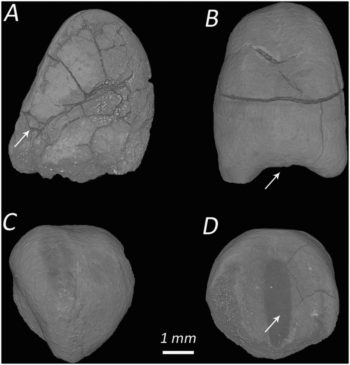 The discovery set off a chain reaction of interest around the world. Researchers at the Crop Trust in Bonn had an animated discussion about it at an early morning meeting after the paper was released. With $50 million in funding from the Norwegian government, the Crop Trust has been undertaking a 10-year project to find, collect, assess, and breed wild relatives of 29 vital crops—including rice, millet, apples, eggplant, and oats. Fava is a major food crop in the Middle East, western Asia and China, India, and parts of Africa. But, says Crop Trust project manager Hannes Dempewolf, “It quickly dropped off the list of species we could work with, because we didn’t know what, or where, the wild species were.”

The el-Wad discovery doesn’t directly help with the wild relatives project, since the retrieved specimens were not alive. But, says Dempewolf, “It’s a big step forward with regards to knowing where fava may have originated and was domesticated.” This in turn could help researchers better target sites where live specimens of wild fava might be found, and also draw conclusions about the conditions under which the legume gained its environmental resilience.

A live specimen, though, would be even more beneficial since it could be used to increase the hardiness of cultivars facing environmental challenges. Breeders were able to take a wild ancestor of rice and use it to give cultivated rice varietals new levels of resistance to grassy stunt virus, which once devastated crops in Asia. Over the centuries, grapes, sugarcane, hops, cacao, barley, chickpeas, tomatoes, lentils, and many other crops have been bred with wild ancestors to boost their resilience against aphids, drought, frost, salinity, and excessive heat. A study by PricewaterhouseCoopers estimates the potential future value of the genepools of some 32 wild crops at $196 billion.

This is the sort of data that’s compelling to Fouad Maalouf, a fava breeder who works with the International Center for Agricultural Research in the Dry Areas (ICARDA) in Lebanon. When he read about the el-Wad discovery, his first thought was about Orobanche crenata. This parasitic weed has been devastating fava crops in North and East Africa. Maalouf says although he and other breeders have managed to develop cultivars that offer some Orobanche resistance in Sudan, Egypt, and Tunisia, their effectiveness is “only partial and Orobanche is a danger. If we could find new resources”—in particular, a wild, still-living plant—“things would be different.”

Historically, fava has been an easy crop to cultivate, thanks to its adaptability to heat and cold, flooding and drought, high and low altitudes. In spite of this, cultivated fava varieties have been suffering from a host of weather-based stressors over the past decade: the effects of rising temperatures, parasites, and diseases such as chocolate spot—not to mention Orobanche. For instance, Egypt was once a primary global producer of fava, but now meets 70 percent of its own demand with imports. This subjects consumers to sudden price hikes and farmers to uncertain and fluctuating income.

Through research into the characteristics of a “mini core” collection of fava stored in ICARDA’s gene bank, careful breeding, and the use of conservation-agriculture methods such as minimal soil disturbance, Maalouf and other breeders have been able to boost fava yields on test fields in Egypt by over 20 percent. But they expect the battle to improve and protect fava to become increasingly arduous in coming years.

Despite its global importance and apparent diversity—there are 10,000 fava varieties in ICARDA’s gene bank alone—our knowledge about them is scant, often including only pod color, seed weight, or possibly levels of resistance to things like rust diseases. “We can’t screen all that material; it’s costly and inefficient,” says Maalouf, adding that methods like FIGS [Focused Identification of Germplasm Strategy] can be used to select for specific traits. “But what would happen if we could get diversity from wild relatives? Much better improvement.”

This would help not only crops meant for eating, but also those used for nitrogen replacement. Farmers often add nitrogen-based fertilizers to depleted fields, but these can have devastating repercussions on water quality and levels of greenhouse gas emissions. By rotating cereal crops with fields of fava, farmers can minimize environmental degradation, improve nitrogen levels in the soil, increase other crop yields by as much as 21 percent, and also improve the quality of protein in those crops, according to Maalouf. He points out that in the past 30 years, Australia, which is not a traditional fava-growing country, has planted 30,000 hectares of the legume in order to create a viable cropping system. He expects other countries will follow suit.

If a wild fava ancestor can be found alive somewhere, it may be possible for breeders to figure out how to improve fava quality even more, and more reliably, especially as what Maalouf calls “unpredictable” diseases begin to turn up with climate change. Says Boaretto, “We don’t know if it’s really extinct. We have to go look for it. By doing more excavation, we may find it in more places.” Someone may even find it alive.

At the mention of this possibility, Maalouf becomes animated. “That,” he says, “would be very good for humanity.”