Proposed GIPSA rules date back to a more hopeful time for rural America, but their delay may have cost Democrats the election. 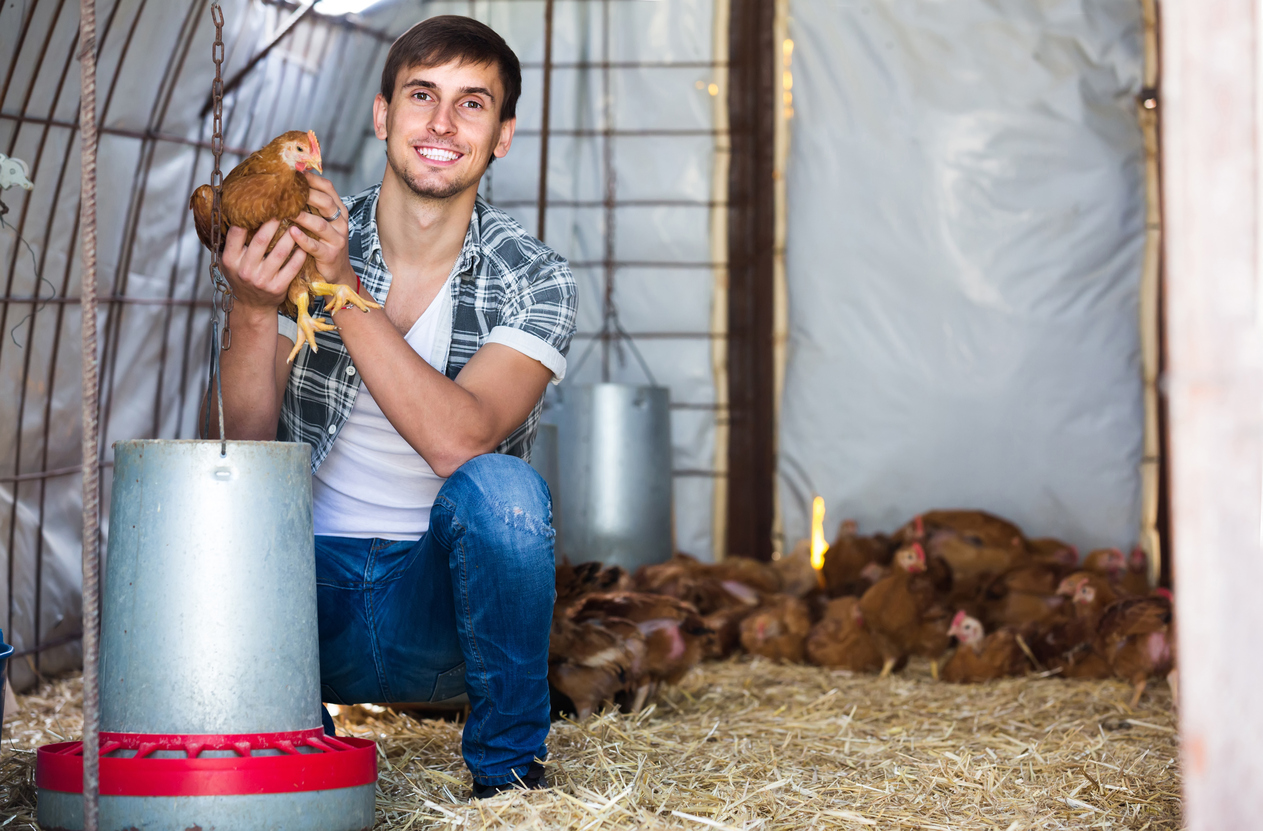 Nearly a decade ago, when President Obama was campaigning in rural America, he put the consolidation of the meat industry at the top of his list of concerns. In fact, he promised sweeping reforms that would have broken up the meat industry monopoly and made it possible for small farmers to survive in the current farm climate. The changes he promised came as welcome news to long-struggling farmers and ranchers, while also offering consumers the possibility of more alternatives to industrially produced meat.

Today, advocates are left defending the last flickers of those promises in the form of a watered-down set of proposals issued, as if as an afterthought, in the Administration’s final days. The meat industry is outraged anyway. The collapse of Obama’s support for these reforms, known as the GIPSA rules, in a process that has run from the 2007 campaign to the very last moments of his presidency, has also left many rural Americans feeling abandoned by the government when they most needed it to stand up for them—and frustrated enough to vote for a businessman promising change.

By economists’ standards, the meat industry is one of the most concentrated parts of the economy. Just a handful of large companies control 82 percent of the beef packing industry, 63 percent of pork packing, and 53 percent of broiler chicken processing. Consolidation has driven many smaller operations out of business: Since 1980, the number of cattle farms has dropped from 1.6 million to 950,000; hog farms have decreased from 666,000 to 71,000—a decline of nearly 90 percent.

Hogs used to be widely raised across the country; they were even called “mortgage-lifters,” because they were a quick and easy way to make extra money. Many families relied on the extra income brought in by raising a few hogs a year and selling them at the local livestock market. Today, there’s often no place for a twice-a-year hog farmer to sell his animals, and the big companies’ influence on the market has driven prices down so much he may not even recoup his investment. Hog producers take home less than 25 percent of the retail value of a hog.

In the poultry industry, the power of the processing companies over farmers who raise birds for them is nearly absolute. With 97 percent of chicken grown under production contracts, the growers have essentially become serfs on their own land, in debt after building expensive chicken houses and beholden to the company for continued delivery of chicks.

Half to three-quarters of chicken growers live below the poverty line, and unfair business practices are common, including the fact that growers have no information about the chicks and feed they get from the company and they’re paid based on a ranking system that pits them against one other. Companies regularly retaliate against growers who complain.

Mike Weaver, President of the Contract Poultry Growers Association of the Virginias, told me it had been almost 20 years since Pilgrim’s Pride, the company he grows for, has given growers a raise in their base pay, while “in the last two years, Pilgrim’s Pride has paid stockholders nearly $1.9 billion.”

Obama’s 2008 platform, “Real Leadership for Rural America,” pointed to a 1921 law, the Packers and Stockyards Act, which prevented meatpackers from taking unfair actions against independent farmers, but which had not been properly enforced. The platform pledged that as President, Obama would “issue regulations for what constitutes undue price discrimination and …enforce the law.”

He further promised to strengthen antitrust laws and “make sure that farm programs are helping family farmers, as opposed to large, vertically integrated corporate agribusiness.” Writing for Grist at the time, now-Mother Jones food and agriculture correspondent Tom Philpott said the section, “reads like music to my ears.”

In the early years of the presidency, independent farmers and ranchers were optimistic about progress. The 2008 Farm Bill mandated that U.S. Department of Agriculture (USDA) write what would become the GIPSA rules (for the Grain Inspectors, Packers and Stockyards Agency, which administers them), to clarify enforcement of the Packers and Stockyards Act, ensuring that the change would happen.

Then in 2010, the Department of Justice and USDA held a year-long series of workshops investigating consolidation in agriculture, focused mostly on the livestock industry. Hundreds of farmers spoke during public comment periods about how the growing size of agribusiness companies was making it nearly impossible to make a living. Nearly a quarter of a million people submitted online comments in favor of reforms to make agricultural markets more fair.

Throughout the year of antitrust workshops, the promised GIPSA rule was a beacon, heralded as a potential game-changer for farmers and ranchers who talked about being shut out of local markets, falling livestock prices, and farms on the edge of bankruptcy. It seemed like the government was listening: In Alabama, Christine Varney, the Assistant Attorney General for the Antitrust Division, gave her direct number to a chicken grower, to be used in the case of company retaliation, and her recap at the final workshop reflected the dire situation she had heard throughout the year. “From dairy farms in Wisconsin to cattle ranches in Montana, hopes soared,” wrote reporter Lina Khan of the period in The Washington Monthly.

The USDA released the draft GIPSA rule for comments in June 2010. Independent farmers and ranchers and their allies praised the rule for mandating fair contracts, ensuring competitive market pricing, protecting producers from retaliation, and allowing them to sue if a company caused them economic harm. For consumers, many becoming increasingly interested in how their food was produced, the rule would have made it easier to support independent livestock farmers instead of big meatpackers, for only a few cents more at the grocery store.

The meat industry, however, was not pleased. What farmers, ranchers, antitrust experts and many agricultural economists saw as reasonable protections to restore a fair market and rural economy, meatpackers saw as a threat to their business model and profits. Citing job losses and increased consumer prices, the packers and industry trade groups fought the rule, spending almost $7.8 million on lobbying in 2010, primarily targeting their allies in Congress to pressure USDA.

And it worked. With little fanfare, the revised GIPSA rule released in 2011 was significantly stripped down, with most protections for cattle and hog producers removed. The portions addressing poultry growers had also been significantly watered down, but the remaining rule still contained important provisions for contract poultry growers, allowing them to sue over unfair practices and other basic protections.

The meat industry continued to cry foul, and began several years of work to fully stop the rule by any means necessary. At the behest of the National Cattlemen’s Beef Association and National Chicken Council, which chiefly represent the big meatpacking companies, members of Congress attached riders to annual appropriations bills for years, prohibiting the USDA from finalizing or enforcing the rule. The trade groups pushed lawmakers to oppose the entire 2014 Farm Bill because it contained the rule—even though the mammoth bill had taken more than two years to get to a vote and included funding for a desperately needed disaster relief for livestock farmers, who the trade groups purport to represent.

The logjam was finally broken, not by presidential leadership or a consumer outcry, but by comedian John Oliver. A 2015 segment on Last Week Tonight exposed the grower abuses rampant in the chicken industry, and called out the members of Congress blocking the remaining GIPSA rules. Oliver’s descriptions of the conditions faced by contract chicken growers sparked national outrage and Congress was flooded with calls. The rulemaking started moving again.

A full year later, on December 14, 2016, with just five weeks left in Obama’s term, the USDA released revised Farmer Fair Practice Rules, as they are now called. They include an interim final rule, which will go into effect 60 days after publication, and two draft rules, open for public comment for 60 days. They still offer the best hope chicken farmers have for basic human rights protections—but they are a mere shadow of their original promise. The two draft rules also contain what small farmer advocates see as a major loophole: allowing companies to continue practices with a “legitimate business justification.”

The chicken industry has called this most recent iteration of the rules “controversial” and vowed to fight them. Poultry producers like Mike Weaver of West Virginia disagree. “They give me the same protection that all Americans have a right to be treated fairly, and if I’m not treated fairly, to bring legal action against whoever is not treating me fairly,” Weaver said.

The bad news is that 60 days from the rules’ release is two weeks into the Trump Administration, calling the finalization into question. After so much capitulation on the part of the Obama Administration, though, many poultry growers and other independent livestock farmers are willing to take their chances.

Eric Hedrick, another West Virginia chicken farmer, didn’t vote for Obama, but “listened to his message” and was hopeful about GIPSA reforms in 2010. After speaking out against unfair practices since then, and in the absence of rules prohibiting retaliatory behavior, Hedrick says he is being squeezed into bankruptcy by the company he grows for. “The only light at the end of the tunnel,” he said, “was what Donald Trump said—we need to fight for the little man against the corporations.” He and Mike Weaver admit that Trump’s cabinet choices thus far are troubling, but they remain hopeful.

Lina Khan, in her 2012 postmortem of the GIPSA rule process to that point, wrote, “It is no stretch to assume that, from the perspective of the White House, the choice to abandon an apparently failed effort to protect independent farmers from such abuses may have seemed politically pragmatic. But over the longer term, it may prove to have been a strategic political failure.”

Following the 2016 election, it has become clear just how grand that strategic failure was. “How did a slick businessman—one of the 3 percenters—from New York City talk to rural America and get them off their butt to come out and vote?” asks Eric Hedrick. His analysis is straightforward: “People were fed up with Washington, D.C. and wanted to bring in a game changer.” In its impacts on the livelihoods of farmers and communities, agriculture policy, or the near-lack thereof, has implications far beyond food, including fueling frustrations that may have turned the election.

In a moment when progressives of all stripes are facing a new era, they may want to consider what it would take to develop a farm and food agenda that addresses rural and urban America in a way that they have not done in decades. Doing so may be the only way to build a movement broad enough to face the inevitable struggles to come.