A New Grassfed Dairy Label on the Horizon

Farmers, certifiers, and scientists collaborated to create the new standard, which could impact both consumers and the industry. 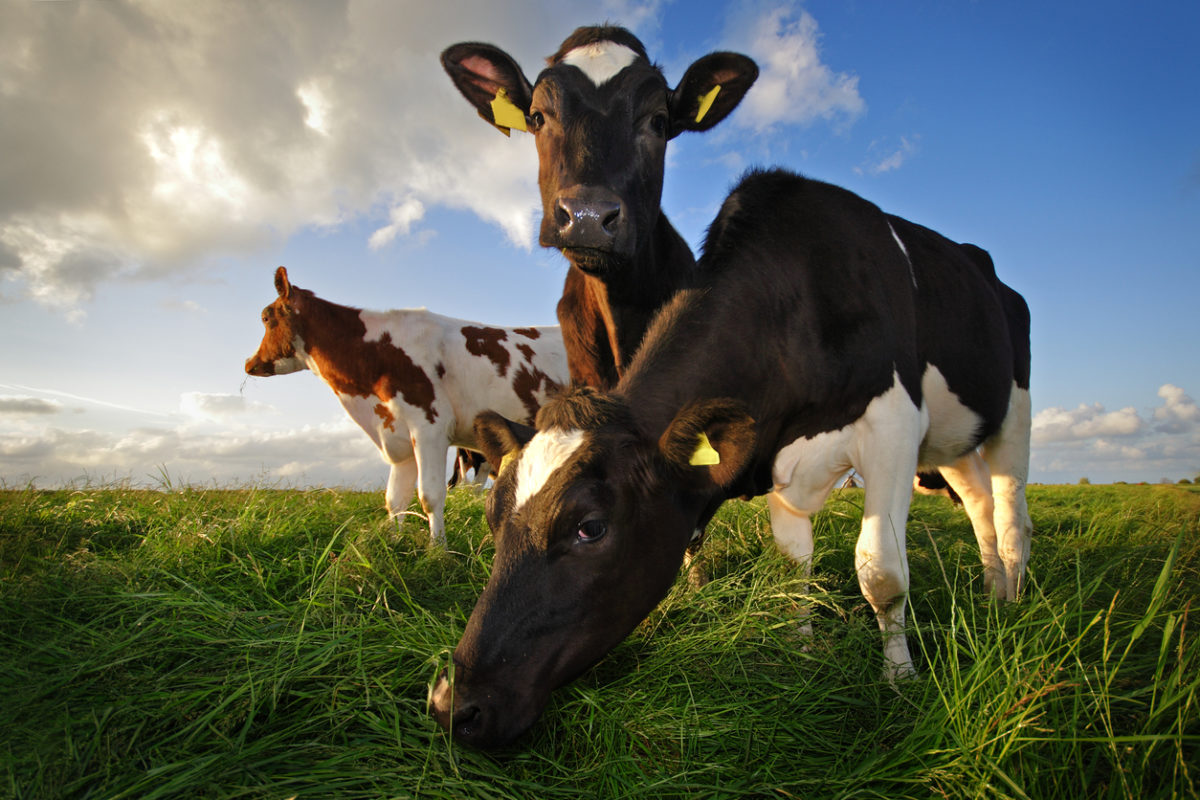 Shopping for milk and other dairy products from grassfed cows is a little like the Wild West. There are a wide variety of products with a range of labels, and little oversight from the government. It’s possible that the cows that produced your milk may have roamed on grass and eaten silage, hay, and other forms of dried grass in the wintertime. Or their feed may be supplemented with grain in a so-called grassfed operation.

Now, a group of industry insiders have come together to strike a clearer path toward transparency in the industry.

In December, the American Grassfed Association (AGA) announced a new standard and certification process for grassfed dairy producers. The standard is the product of a year-long collaborative effort that included producers such as Organic Valley, Maple Hill Creamery, and Trickling Springs Creamery, certifiers like Pennsylvania Certified Organic (PCO), and a team of scientists.

While AGA has offered a grassfed meat certification program in the United States since 2009, the rapid growth of the grassfed dairy market and lack of government oversight on labeling claims has highlighted the need for a dairy-specific standard.

“We were starting to see abuse in labeling,” says George Siemon, the CEO and a founding farmer of Organic Valley, which has recently expanded its “grassmilk” (milk from cows that have been 100 percent grassfed) production with 12 new mid-Atlantic farms, to become the biggest producer of organic, grassfed dairy in the country. “We need a unified standard,” added Siemon. “And across many competitors and certifiers, we went through a group process to come up with a standard that’s the collective wisdom of that group.”

“We came up with a standard that’s good for the animals, that satisfies what consumers want and expect when they see grassfed on the label, and that is economically feasible for farmers,” says AGA’s communications director Marilyn Noble.

The new standard will officially debut at the group’s annual producer conference this February at the Stone Barns Center for Food and Agriculture, and a timeline and procedure for implementation is currently being worked out, with an exact start date for certification to be determined.

The new standard addresses a wide variety of practices, from forage protocol (exactly what grassfed cows can and cannot eat) and rules for grazing and confinement to animal health and welfare requirements like maintaining a “herd health plan” in consultation with a veterinarian. It addresses sustainability, too, requiring a “written pasture management and grazing plan that supports biological diversity, natural resources, and soil fertility,” while also giving farmers some flexibility on all points to account for impediments like weather that may affect access to pasture.

Impact on Consumers and the Industry

Of course, while the AGA Grassfed Dairy seal will soon appear on many yogurt and milk cartons, it won’t be the product of any government oversight. That means it may exist alongside other—potentially less credible—grassfed claims.

Meanwhile, some companies and certifiers have been working to convince the government to regulate grassfed labeling in a more meaningful way. For instance, in early December, AGA, PCO, and Animal Welfare Approved sent a letter to the U.S. Department of Agriculture (USDA) detailing the shortcomings of the government standard for grassfed meat and offering recommendations for creating and enforcing a higher quality standard.

The USDA’s food safety and inspection service (FSIS) currently oversees the existing standard, which some advocates worry could allow the agency to approve labels such as “80 percent grassfed.”

However, the USDA is only in charge of regulating meat labeling, while the U.S. Food and Drug Administration (FDA) regulates labeling on dairy products. And while changes at the USDA would have the potential to influence the FDA, no one in the industry seems to be holding their breath. (The FDA didn’t respond to our request for comment.)

“We all know that that’s a very slow and difficult process,” Siemon said. “We’d like to think this [standard] goes a long way to build integrity in the meantime.”

Noble hopes the new standard and certification process will lead to a stronger, trusted foundation for grassfed dairy in the marketplace.

“We’ve got big players in the organic dairy area who are promoting this,” Noble said. “So when consumers start seeing that certification, it’s going to have a lot more impact because it’s on recognized products.”

Siemon, on the other hand, is looking toward retailers to be what he calls “good keeper of the integrity,” of the label. He hopes companies like Whole Foods will sign on to sell grassfed dairy products that meet the AGA standard exclusively, for instance.

“Grassfed dairy is an innovative item at this time, and retailers … have a stake in not letting it be ruined by false claims,” he says.