The celebrated farmer and poet shares a message of love in a time of unrest. 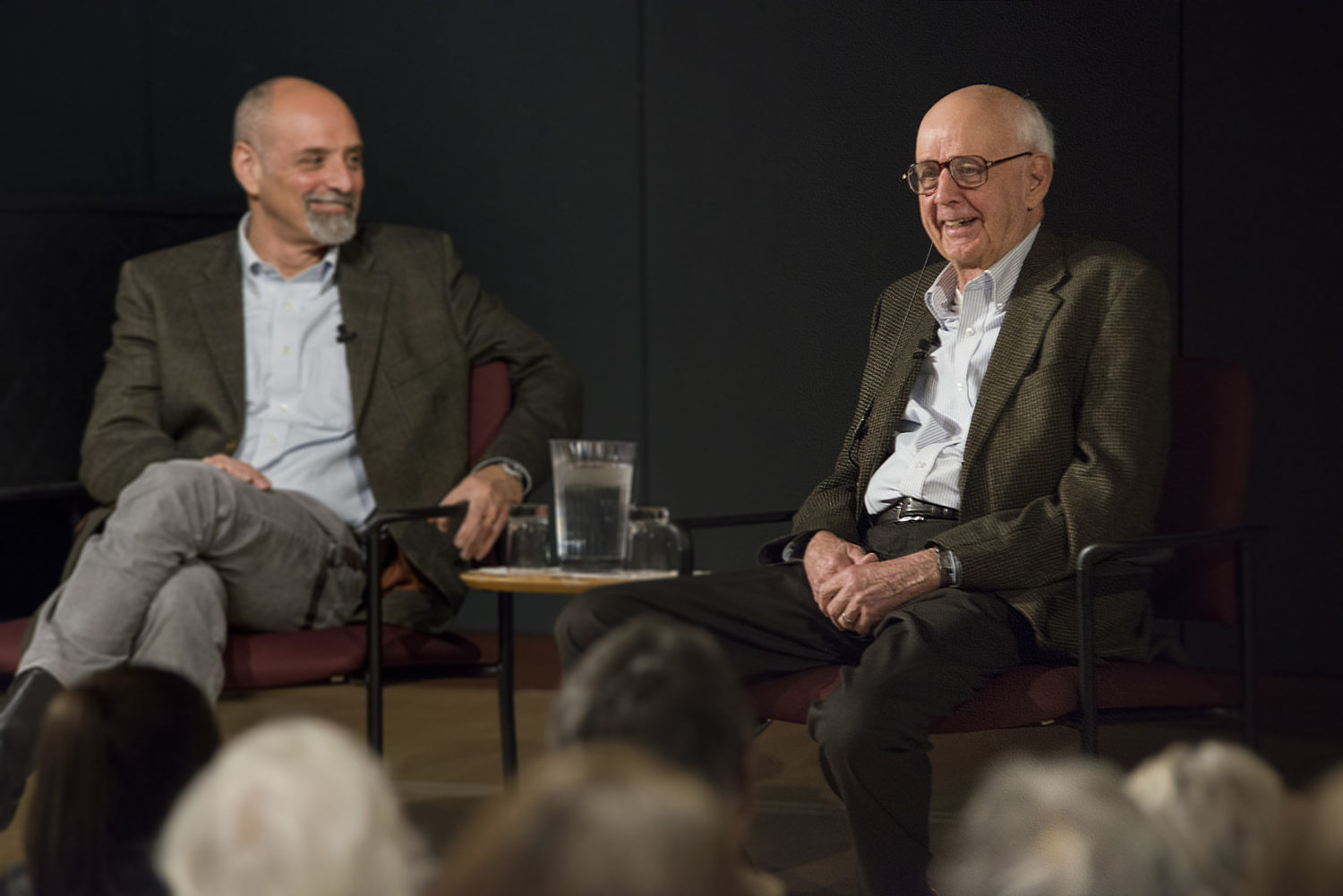 Wendell Berry’s response to the recent election? “I’m still on the losing side and that’s where I’ve taken up my residence … If Hillary Clinton had won, I would still be on the losing side. And I would just have to go to work.”

When the celebrated writer, farmer, and elder statesman of the local food movement sat down in front of a sold-out audience at Johns Hopkins University last week, the crowd seemed even more eager than usual to soak in Berry’s wisdom in this particularly fraught national moment.

The event was a public conversation between Berry and Eric Schlosser, investigative journalist and author of Fast Food Nation, to mark the 20th anniversary of the Center for a Livable Future at the Bloomberg School of Public Health. And many in the audience—made up of people who care about the work the Center does to study the intersections between food systems, the environment, and human health—were likely feeling a great deal worried about the fate of the issues about which they care deeply.

Wendell Berry isn’t a pessimist. But implied within his worldview is a deep skepticism about American and Western beliefs in the inevitability of progress and in the power of science and industry to solve every problem. And, as he pointed out that night, that skepticism can give one the freedom to focus on more important work, to find hope and solace in more genuine places. It can put into perspective something even as truly upsetting as this year’s election.

“I wasn’t surprised. The conditions for this election and the Trump triumph have been building up in rural America ever since VJ Day in 1945,” Berry explained. “These people out there in the country [who] have been dismissed as dispensable, unneeded, redundant—the economy has told them that there’s no need for them, and so a certain resentment has understandably built up.”

Berry talked about “this very curious thing” where economic logic has led to dairy people sending their milk to town only to have to buy it back in the grocery store. As he sees it, on the other hand, an economy where people can actually do things for themselves “has an economic value, an economic worth, and it underwrites a kind of dignity that people ought not be caught without.”

Berry spoke about the “great mistake” of separating the land and the people, in that it “permits people to treat the land as an inert material quantity” to be safely exploited. He told the story of the first time he saw strip mining, saying, “It never occurred to me that people could do a thing like that.”

Calls for a “broad-fronted movement”

The World-Ending Fire is the title of Berry’s forthcoming collection of essays, and in shockingly frank, dark, and prescient imagery, he said, “if you want to be desperate about it, you can say that the World-Ending Fire is burning in every internal combustion engine every day.” As someone reliant on an inefficient old pickup, he noted that this implicated him as well. “We’ve been burning the world up, literally, since the beginning of the industrial revolution. Coal is the earth. Petroleum is the earth.”

But his most provocative statements were saved for the movement to put that fire out. “I think that the climate change issue is a big distraction. I’m not denying it,” he said, “But you mustn’t look away from the other things that are wrong.” He went on to say, “One thing I dislike about the climate movement is its almost exclusive appeal to guilt, anger, and fear. I just don’t think the answer’s going to come from there. I think it’s going to come from love. I think it’ll come from people finding work that they love, and loving one another.”

As the conversation went along, the wisdom seemed to wash over the audience, transforming the restless anxiety into a sense of joyous resolve in the face of all challenges. At least, it did for this young farmer.

And urges living out our ideals

Responding to a question from the audience, he said, “I can’t give anybody hope. Hope has to come up out of you. It’s been a struggle for me to be hopeful, and all I can do is invite other people to take up the same struggle.”

As the event came to a close, Berry shared a recent story of civil disobedience in which he was part of a sit-in protest against mountaintop removal coal mining at the Capitol Building in his home state of Kentucky. He acknowledged that, on a practical level, the effort was futile, and he and everyone else involved knew it.

As the event ended, and the crowd filed back out into the world, we seemed to have a little bit more clarity and perspective—and perhaps a little more love for the work ahead.