U.S. Farm Policy Already Favors Big Business. Will it Get Worse Under Trump?

All eyes are on the 2018 Farm Bill and both sides may have more in common than you’d think. 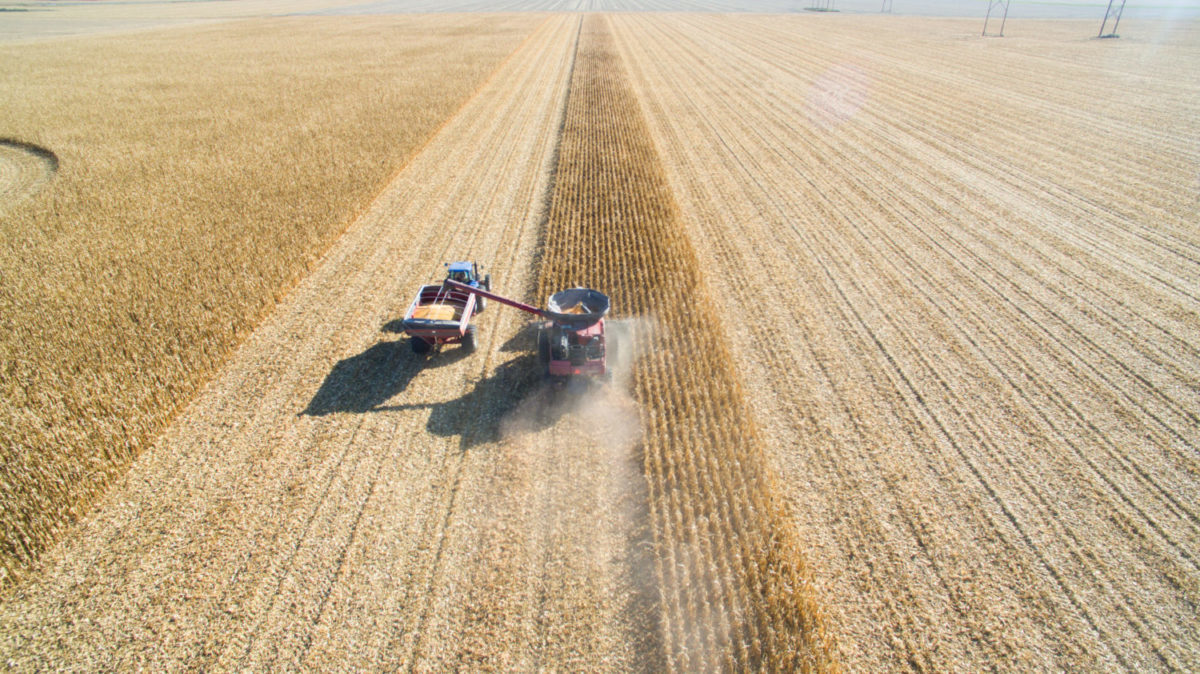 President Obama has compared the farm bill to a Swiss Army knife. Renewed every five years, this complex law includes everything from farm loans to crop insurance, on-farm conservation, and nutrition assistance, like the Supplemental Nutrition Assistance Program (SNAP, formerly known as the Food Stamp program).

As New York University nutrition professor and author Marion Nestle wrote in Politico earlier this year, the multi-billion dollar piece of legislation “is crucial to practically everything about our food system: what crops get subsidized, how much foods cost, how land is used, and whether low-income Americans have enough to eat.” And, she added, “Whether you are rich or poor, much about your food choices is shaped by what’s in this bill.”

The current farm bill went into effect in 2014. The next one is due to be passed by September 30, 2018. This means that it will likely be negotiated and finalized under the Trump administration and the new Republican-controlled House and Senate. And this will be the first that a farm bill has been written under an entirely Republican federal government since 1954.

While the Trump campaign and transition team has said relatively little about agricultural policy—National Sustainable Agricultural Coalition (NSAC) policy director Ferd Hoefner calls it a “blank slate”—Trump’s cabinet picks thus far indicate a bias toward anti-regulatory policies that favor large business profits. And when it comes to agriculture, that approach could adversely impact the very farm and rural communities that voted heavily for Trump.

“Many of the counties that helped elect Trump have the highest food insecurity and worst water pollution of any in the country,” says Scott Faber, Environmental Working Group (EWG)’s vice president of government affairs. Not coincidentally, water pollution regulation is at the center of the conversation.

A number of conventional commodity farmers have acknowledged voting for Trump because they feared increasing regulation under the Waters of the U.S. rule (WOTUS), which focuses on sources of pollution (think: fertilizer and waste from large animal farms) to downstream waters. Big agricultural interests such as the American Farm Bureau Federation have vigorously fought the rule.

NSAC’s Hoefner doesn’t expect WOTUS to survive the Trump administration, but says, “There are other regulations to think about [where the battle lines] are far less clear. One that’s near and dear to our hearts is the water testing rule in the Food Safety Modernization Act (FSMA).” Signed by President Obama in 2011, FSMA is designed to prevent food contamination throughout the supply chain starting on the farm. And even under an anti-regulatory Trump administration and Republican-led Congress, businesses will have to comply with the law.

Unlike WOTUS, this food safety regulation (which will require farmers of all sizes to regularly test the water on their farms for pathogens) may be a place where farmers on both sides of the aisle come together. As Hoefner explains, “Agriculture is pretty united on this, from small farm advocates to the largest farms. Everyone agrees that the costs are astronomical” and that there’s no agriculture-specific standard for this testing.

EWG’s Faber is also hopeful that, “At some point Republicans will listen to the voters whose wells are contaminated with pesticides and nitrates.” Further, he says, “weakening drinking water protections might curry favor with farm lobbyists, but it won’t deliver on any of the real challenges faced in rural America.”

“We’re not going to use something on our ranch that is dangerous,” he told Civil Eats. But he also says “there’s fairly strong indication that there will be broad stroke regulatory reform—some focused on policies like Waters of the U.S. and some focused on the process.” AFB, he explained, will be working to make sure that new policies are balanced, and based on sound science and a strong economic rationale. Yet, as we’ve seen, terms like “balance,” “sound science,” and “economic rationale,” have often triggered many a legislative fight.

The debates at the core of U.S. farm policy are often framed as pitting “farmers vs. environmental groups,” but not all farmers are the same—and many small and sustainable farms are working to meet environmental goals while producing food. But it’s unclear whether those farmers have seen any sizable benefits from the Farm Bill—and it’s unclear whether that will change.

None of that seems to be stopping Hoefner of NSAC from thinking optimistically. “We need a big tent,” he says. “All farmers need a seat at the table. In Congress and at U.S. Department of Agriculture (USDA) … there is usually agreement that we don’t want to exclude farmers because they grow fruits and vegetables, not commodity crops, because they’re organic and not conventional, or because they’re new or Black or Hispanic farmers,” he says. “I’d be really surprised if they turn their backs on the constituency that voted them in. That’s the attitude we’ll be going in with.”

AFB’s Moore explains that his organization represents farmers and ranchers across the country, “all sizes of producers and methods of production.” Hoefner hopes that when it “gets down to concrete issues we can make coalitions that span across the various farm ideologies and interest groups to make common cause.” While federal support for small farms is miniscule compared to that for commodity crop farmers, Moore points to bipartisan support for previous Farm Bills. “They have been written in “purple ink—not red or blue ink,” he says.

EWG’s Faber isn’t quite so rosy about past legislation. As he sees it, farm subsidies have often been “rigged in favor of the largest, most successful farm businesses at the expense of the vast majority of farmers,” says Scott Faber. Since 1995, 75 percent of federal subsidies—which total over 322 billion—have gone to 10 percent of farms.

“Many of the counties that helped elect Trump are among the counties where these subsidies largely flow to the largest most successful farm business at the expense of their smaller neighbors,” says Faber.

Seventy nine percent of the 2014 Farm Bill—or $756 billion—went toward nutrition subsidies such as SNAP and WIC. And because some GOP members of the House have long been debating the value of (and working to cut) nutrition assistance, some have pushed to separate it from the rest of the farm bill. In fact, in 2013, the House passed a version of the bill without nutrition subsidies that didn’t ultimately make it into the final bill.

Now, that effort may be resurfacing in the 2016 Republican Party platform. EWG’s Faber is concerned that the debate about taking SNAP away from USDA, “will get more attention than it deserves”—meaning that such a fight in Congress could come at the expense of focusing on the much-needed programs. Republicans are also talking about new SNAP eligibility requirements and about overhauling the entire program.

“Nobody voted to make their neighbors go hungry. We need to do everything we can to defend our anti-hunger programs,” says Faber.

How all of this will play out, says Hoefner, will depend on whether individuals with “hardcore ideologues” end up leading USDA and other federal agencies. And based on Trump’s recent picks for Environmental Protection Agency (EPA), Health and Human Services (HHS), Energy, Interior, Education, and Labor, it’s not looking good.

“The range of issues that could be under attack is breathtaking,” says Faber.

It is likely to be early spring before Congress gets down to the nitty-gritty on the Farm Bill—and it’s in these details where the needs of farms small and large and low-income agricultural communities could be heard—or not.