Food is a Terrible Thing to Waste, And Your Mind Might Be at Fault | Civil Eats

Food is a Terrible Thing to Waste, And Your Mind Might Be at Fault

Turns out, there are some psychological barriers to reducing food waste. 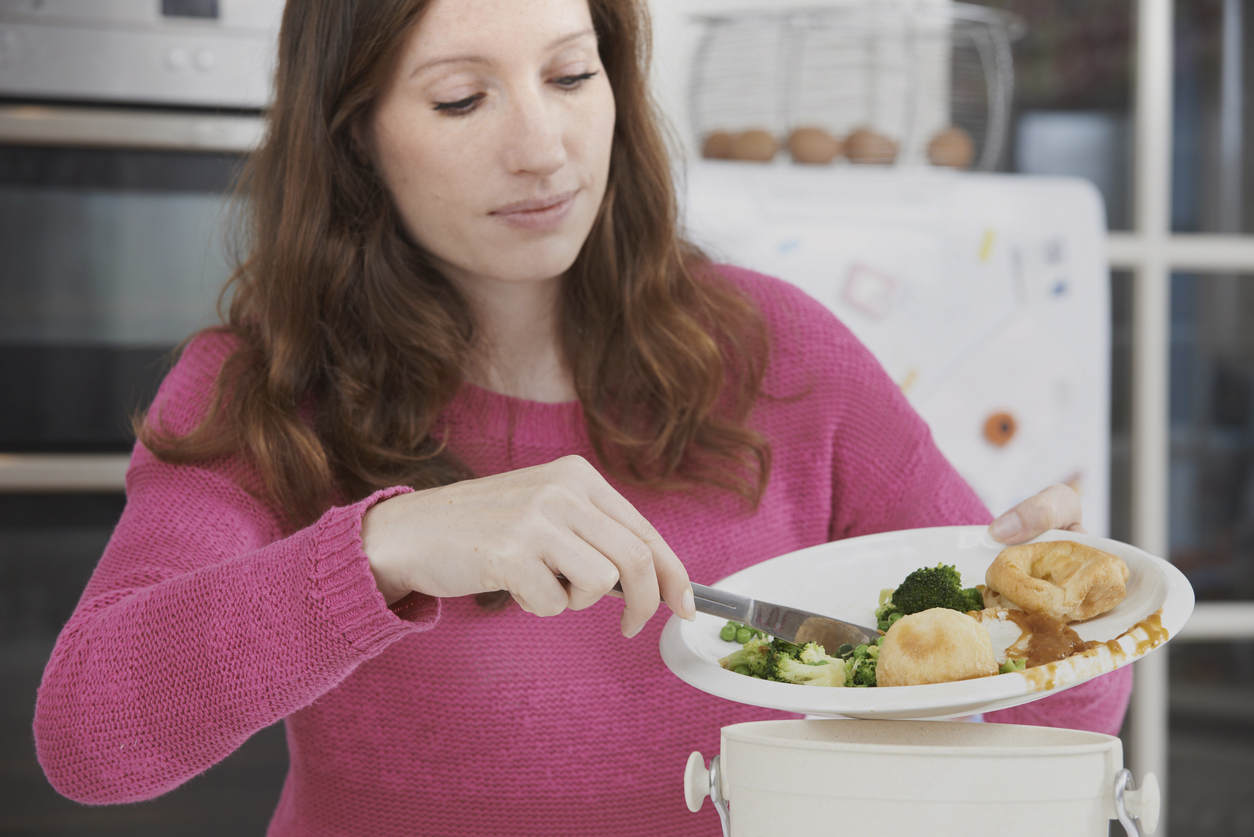 Nearly everywhere you look these days, there’s a list of tips to reduce food waste. It’s easy, we’re told. Just plan meals in advance, shop with a list, use up what’s in your fridge before hitting the store, and so on.


But many of our own instincts—and our unconscious choices—often get in the way. Recognizing these innate behaviors—we’ll call them psychological barriers to reducing food waste—is a crucial step in moving toward a genuinely waste-free kitchen.

The very first stumbling block is accepting that everyone is part of the problem. Most people tend to underestimate their own role in creating food waste—and overestimate their efforts to reduce it. In a survey last year, researchers found that 73 percent of people believe they waste less food than the average American. (In case you read that too fast, that’s simply not mathematically possible.)

While precise data is sorely lacking on what exactly makes up the 36 million tons of food that Americans waste every year—and that’s a question researchers have literally been digging through trash to answer better—there are some things we do know about personal behavior that may be interfering with our ability to waste less food.

We’re All Fooling Ourselves

It also turns out that when it comes to food, and particularly when we’re at the grocery store, we tend to delude ourselves a bit. In background research conducted by Natural Resources Defense Council (NRDC) and the Ad Council for the Save the Food campaign, researchers observed that people don’t like to have an empty refrigerator—or an empty shopping cart at the grocery store.

“That tends to spur people to purchase more than they can realistically utilize promptly,” said JoAnne Berkenkamp, senior advocate with NRDC. She notes that more than half of grocery store purchases are impulse buys. People also want to have options, rather than be committed to particular meals, so they’ll buy more than they need.

Dana Gunders, NRDC senior scientist and author of Waste-Free Kitchen Handbook: A Guide to Eating Well and Saving Money by Wasting Less Food, also points to what’s called a diversification bias, where people like the idea of diversity in food, but don’t necessarily practice it. “We as a society place a lot of value on choice, but the reality is we’re creatures of habit and we know what we like,” she says.

The diversification bias is a subset of a larger tendency by people to be what NRDC calls “aspirational shoppers.” This looks different for different people, depending on their personal aspirations, but, in general, people seem to have high aspirations when they’re in the grocery store, and yet struggle to follow through when they get home. For some, that means buying more kale or lettuce than they’ll actually eat. (Perishable items tend to be wasted the most, but it’s unclear whether that’s because people are buying more than they can eat, or if it’s simply because they’re perishable.) For others, aspirational shopping may mean wanting to try a new food or new recipe, but never getting to it and that noble goal of branching out then ends up in the compost.

Interestingly, some research has also found that people feel less guilty about wasting food if they compost it rather than throw it in the trash. And while that is a better way to manage food waste—nutrients can be recycled back in to the soil rather than contribute to climate-changing methane in a landfill—composting doesn’t balance out the initial resources used to produce the food in the first place—nor the impacts on everything from air and water quality to biodiversity.)

Ironically, when it comes to children, having choices can be a key to reducing waste. David Just, co-director of the Cornell Center for Behavioral Economics in Child Nutrition Programs, said some of their research on food waste has found that both in school and at home, if children are able to choose what goes on their plates, they’re more likely to actually eat it, as opposed to being served carrots or broccoli they’re just going to refuse to eat. Of course, there’s only a net reduction in waste for the home if whatever the kid doesn’t choose is still eventually consumed.

Gunders also notes that novel purchases generally go to waste more often than foods that we eat regularly. “If your household eats apples all the time, it’s unlikely that apples will go to waste in your house. But if you see a pomegranate and think, ‘Oh, I’ll try this,’ it’s more likely to be wasted because it’s not in your routine,” she said.

Another funny thing the NRDC research turned up: People tend to be very cost-conscious when they’re shopping, but don’t think about the value of what they’re throwing away when they clean out their fridge. “We saw many people being very focused on two-for-one deals, or conscious of a promotion,” said Berkenkamp. In the home, these rules don’t seem to apply. The average family spends an average of $1,500 on wasted food every year.

To complicate matters, much of the food we waste is a byproduct of good intentions, since food is so often a way to welcome people into your home, or to express love or gratitude—and people tend to overstock or over-serve in those situations. For example, the Food Lab at Cornell University recently found that among lower-middle income American families, stocking excess food is a core way to show family members affection.

Knowing is Half the Battle

Despite the obstacles, there are ways to get over some of these psychological barriers. It’s mainly a matter of identifying your personal weak spots—because while following tips from EPA and advocacy groups might immediately slash the amount of food wasted, it’s a rare person who can actually follow the tips on a thorough and consistent basis. A handy list of generalized tips is a good starting point, but it might be more valuable to start by identifying patterns of food waste in our own homes—and building a plan from there.

While no one wants to run out of food when serving friends or family, for instance, there are ways to serve them that will minimize what goes uneaten and when the party’s over, the host can send leftovers home with guests or otherwise manage the surplus (freeze, repurpose, etc.) so it doesn’t end up as waste.

The experts we spoke to also listed a few substitutions they’ve made in their own homes, such as replacing milk with non-dairy milk because it stays fresh longer or replacing salad greens (one of the most commonly wasted food items) with spinach, which can be used in more dishes. They also recommend freezing meals and ingredients that you don’t have time to eat, buying frozen vegetables first, and trying to stay focused at the grocery store (meditation: a half-filled cart may be a good thing).

“We so often say, ‘What do I want for dinner?’ as opposed to, ‘What do I have for dinner?’” said Sarah Vared, interim director of ReFED, a collaboration of businesses, nonprofits and government leaders working to reducing food waste in the U.S. “I think we need to reframe the way we think about what we have in our fridges and pantries.”