Access or Gentrification—Can a Food Hall Transform a Food Desert?

Birmingham, Alabama is the latest city to add an upscale food hall to its downtown area. Will it bring good food to more people, or better food to a few? 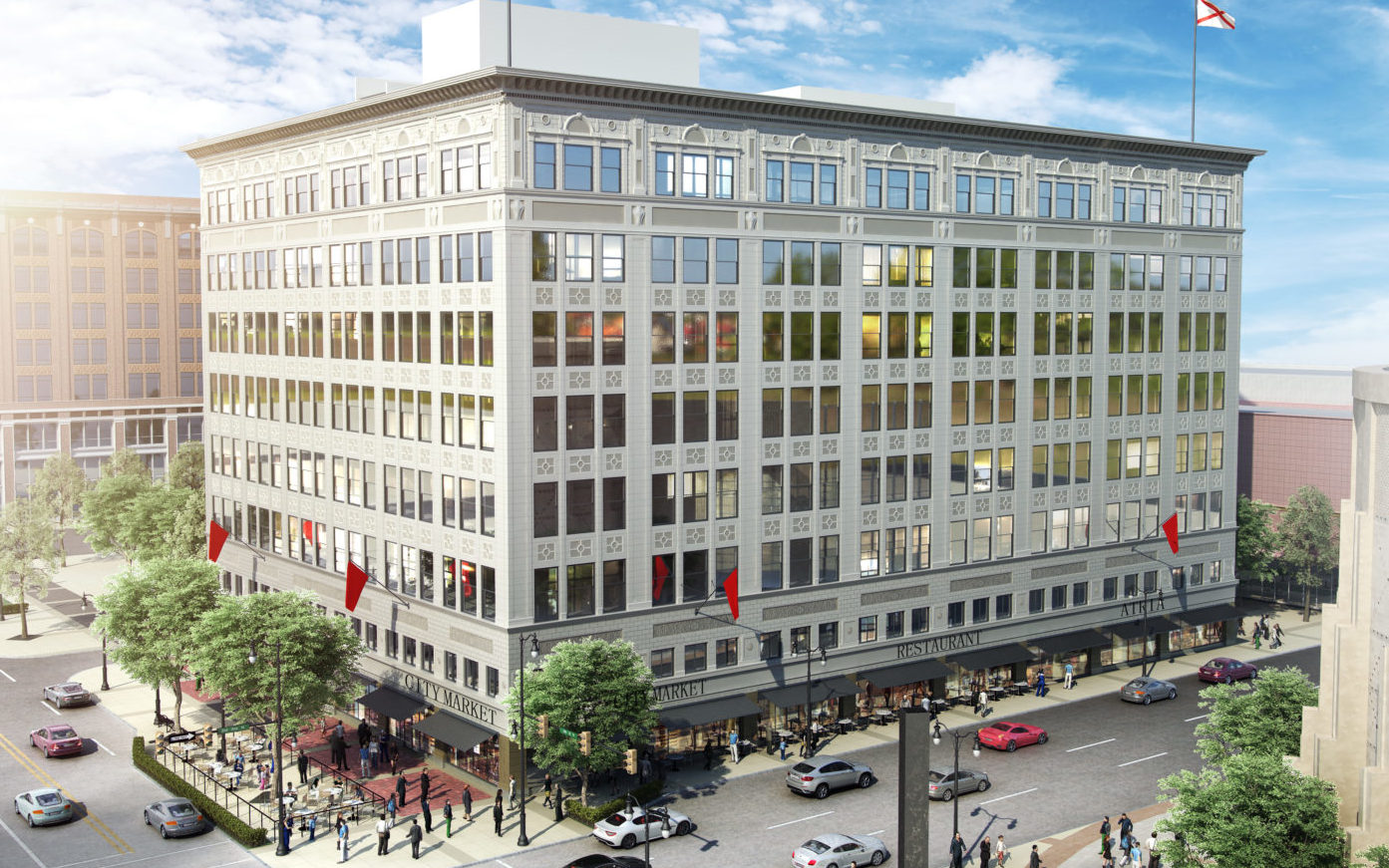 When residents and businesses in Birmingham, Alabama abandoned the city center for the suburbs in the 1950s and ’60s, they left many downtown buildings boarded up and in neglect, and for decades, not many people ventured to the area.

The opening of the Regions Field baseball stadium in 2013, however, kicked off a comeback for Birmingham’s city center. Developers are now showing interest in the downtown district, renovating historic buildings and snapping up vacant land to build arts and entertainment venues, hotels, and apartments.

The boom is luring people downtown to live. Between 2010 and 2014, the downtown population increased 58 percent, and in September, the Census Bureau ranked Birmingham second in the nation (behind Nashville) for cities with the fastest-growing median incomes.

“Birmingham’s had a lot of slow starts and stumbles on the path to revitalization,” says Gordon. “The revitalization of our city is, in so many ways, food based.” 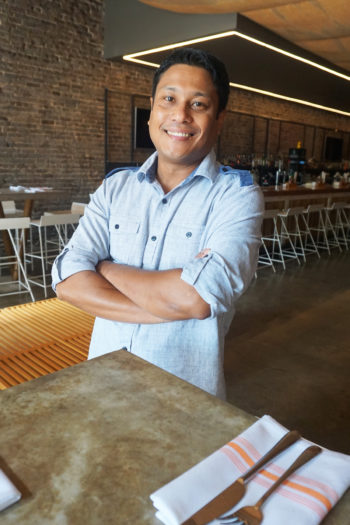 Chef Abhi Sainju, owner of MO:MO, a food stall that will serve Nepalese dumplings and Vietnamese-inspired sandwiches in the food hall.

An establishment called Food Hall is part of that revitalization.

Located in the historic Pizitz Building, which has been vacant since 1988, Food Hall is part of a $70 million mixed-use project that includes commercial space and residential space, including 143 apartments.

Opening this month, it will include three restaurants and 19 food stalls serving a diverse mix of foods, including burgers, ramen noodles, Ethiopian cuisine, and Mexican ice cream, in a range of price points. And some of the companies—Alabama Biscuit Company, Revelator Coffee Company and Lichita’s (Mexican ice cream—source their ingredients locally.

“The Food Hall is, in my opinion, a catalyst,” Gordon says. He believes it is helping, “create vibrancy in our historic commercial district that had turned into a neighborhood where no one wanted to be.”

The San Francisco Ferry Building, which opened in 2003, is one of the first of these projects—and remains one of the most iconic. Countless others have followed its lead: In 2014, The Packing House opened in downtown Anaheim on the site of a former fruit packing and distribution center; a Sears and Roebuck was reimagined as Ponce City Market in Atlanta; and earlier this year, Chicago welcomed Revival Food Hall, a 24,000 square-foot marketplace in the heart of the central business district. Also this year, several developers began construction on food halls in cities like Denver, St. Louis, and Memphis.

But larger questions remain about whether trendy food halls can serve a wide enough audience, as they’re often seen as playing a role in neighborhood gentrification and rising property rates.

In downtown Birmingham, where more than $1 billion worth of projects have been recently completed, are under construction or being proposed, supporters hope developments like Food Hall will help, not hurt, the local community. 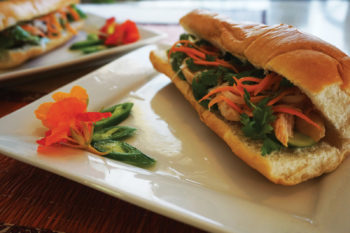 A Vietnamese-inspired sandwich from MO:MO. Photo courtesy of Yellowhammer Creative.

But Alice Evans, executive director of the Birmingham-based Alabama Sustainable Agriculture Network isn’t convinced that Food Hall will improve local food access, noting, “[The vendors] are more upscale than they would need to be to make food accessible from a price perspective,” she says. But she does believe there is potential for the new development to positively impact local farmers.

“The cluster of different restaurants that farms could connect to at the same time could serve as a unified drop-off point. My hope would be that it lowers some of the price point hurdles and other time and capacity hurdles that sometimes keep restaurants from buying from local farms,” she says.

Kathryn Strickland, executive director of the Community Food Bank of Alabama, which serves Birmingham, is a little more optimistic.

“It takes myriad approaches and initiatives to build a local food system,” Strickland says. “Food halls are great vehicles for new food entrepreneurs to get low-cost space in high-density, high-traffic areas and promote job creation and, ultimately, impact poverty and create opportunities where there were none.”


Earlier this year, IBM chose Birmingham as one of 16 cities around the world to receive $500,000 in technical assistance through its Smart Cities Challenge Grant to identify and develop systems aimed at eliminating food deserts.

For his part, Gordon hopes to facilitate partnerships similar to the Urban Food Project between local farmers and participants in Reveal Kitchen, the food incubator in Food Hall.

As part of the program, the REV Birmingham-operated incubator will host up-and-coming chefs and food entrepreneurs for four to six months, offering a fully equipped 350 square-foot space in Food Hall along with education and mentoring to those who might not otherwise have a shot at opening their own businesses.

“The emphasis is on market validation; we want them to use it as a springboard to their own bricks-and-mortar locations,” Gordon says.

He hopes that the entrepreneurs who are successful will go on to hire staff and establish relationships with farmers and food service companies to source ingredients, further supporting local economic development.

“Our goal is to create vibrancy in our historic commercial district and help Birmingham get its swagger back,” Gordon says.