A Community Market Grows in a D.C. Neighborhood Abandoned by Food Retailers

Good Food Markets is combining food with education and advocacy to change the health of a neighborhood in need. 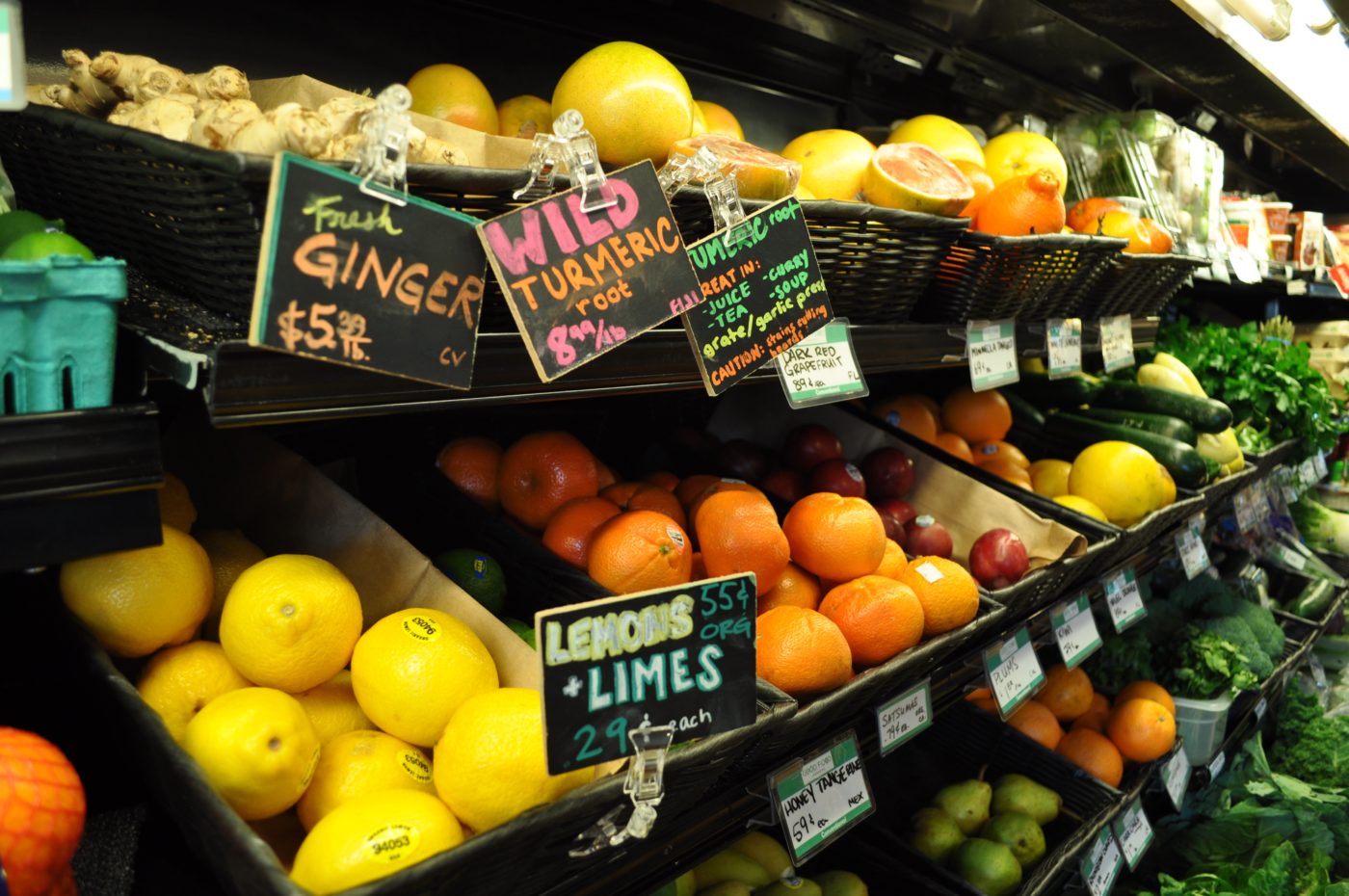 Washington, D.C.’s Good Food Markets is only about 2,000 square feet—or just about the size of a large convenience store. But squeezed into that space is a lot of food—and some very big ideas.

Located in Woodridge, one of the poorest communities in the city, the small grocery store is the headquarters for Oasis Community Partners, a nonprofit working to improve food access and community health in underserved urban areas. Oasis formed in early 2016, a year after Good Food Markets opened its doors.

The items on the shelves, from locally grown apples and kale to Campbell’s Chicken Noodle and Kraft Mac & Cheese, speak to the staff’s ongoing struggle to provide the best, most affordable food. While the market strives to source local, seasonal produce, meats that are free of antibiotics, and seafood that is sustainably harvested, it knows that it serves a very price-conscious customer group, and “will prioritize access over ethics in most cases,” said Philip Sambol, executive director of Oasis and director of partnerships for Good Food Markets.

The access to fresh fruits and vegetables ought to be a boon for the neighborhood, which hasn’t had a full-service grocery store since the local Safeway closed in 1998. But the team behind Oasis knows that the presence of healthy food alone won’t change eating habits in a community accustomed to filling up at fast-food joints and quickie marts.

“It’s not an, ‘if you build it they will come’ situation,” said Sambol. “Just because there’s a store selling fresh food in a neighborhood doesn’t mean people will shop there.”

Cost, of course, is a huge barrier to healthy food for people in low-income communities. Calorie-for-calorie, processed food is cheaper and less time-consuming to prepare than fresh produce and other whole foods. And knowing that many customers are unable to afford their products, supermarkets and other fresh food retailers avoid such communities, leaving residents stranded in so-called food deserts. 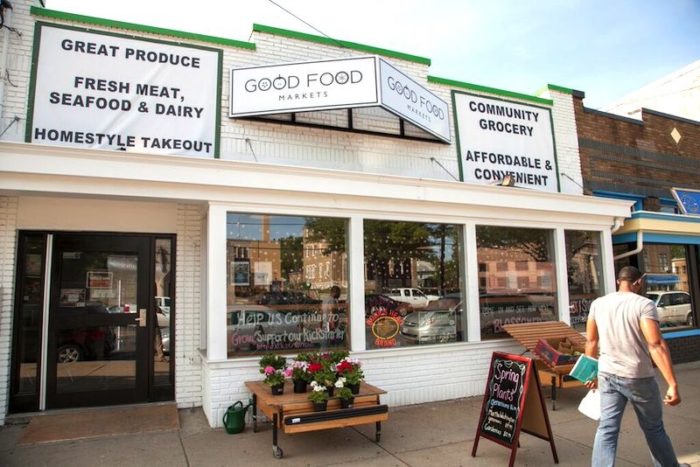 It Begins With Data

When it comes to food and wellbeing, D.C. is a city of stark contrasts. The burgeoning foodie scene earned it Bon Appétit magazine’s designation as the “2016 restaurant city of the year,” and it has also been deemed the fittest city in America. Yet 15 percent of households in D.C. struggle to afford food, and the city has the worst food hardship rate in the nation for households with children—one in four families with children in the District experience hunger.

This hunger and poverty are restricted to certain communities, and those are the same communities that have the highest rates of obesity, diabetes, and cancer. In Ward 5, where Good Food Markets is located, 30 percent of residents are obese, and deaths due to diabetes, cancer, and heart disease claim more than half the population.

Working with researchers from the University of the District of Columbia, Sambol and his team created a map that shows the impact food access has on communities throughout D.C. As data layers regarding food access, income, violent crime, and food-related illnesses are applied to the map, areas with positive outcomes turn green, while areas with negative outcomes turn red. The reddest areas on the map are plagued with poverty and illness—and their borders match up with those of local food deserts.

Nancy Roman, President and CEO of D.C.’s Capital Area Food Bank is heartened to see the creative food retail projects like Good Food Markets sprouting up in the District. “What I’m seeing clearly here in the greater metro area of Washington is that as people do gain employment, and have some resources to spend on food, there are just way too many circumstances where there is no affordable, good, fresh food within walking distance or even reasonable driving distance,” she told Civil Eats.

In under-resourced parts of D.C. where full-sized grocery stores remain—such as at the Giant Foods in the city’s Ward 8—Roman says, “they’re really selling a lot of good, fresh produce and it’s enabling people to take the knowledge they’re gaining through education programs like ours—we do recipe education and teach people to feed themselves on a budget that competes with fast food. But that kind of work doesn’t work if the supply chain isn’t there.” 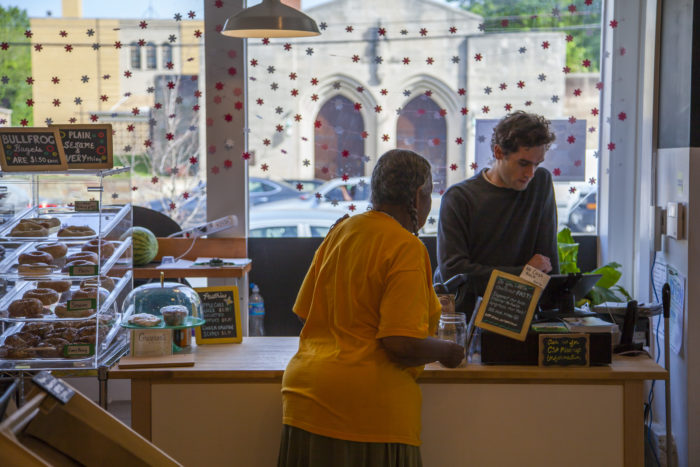 Making an Impact With Education

Because food deserts are so closely linked to other socio-economic problems, Oasis takes a holistic approach to improving food access. Making nutritious options available and affordable is only the first step. Education and job training are just as important to its strategy. Oasis works with everyone from kindergarteners to college students and local residents, to teach everything from personal nutrition and gardening, to management skills such as vendor relations and basic accounting.

“The ‘partners’ in our name is core to what we do,” said Sambol. Oasis offers tours of Good Food Markets and the local community garden to students in grades K-8. “We started getting requests from schools, ‘Can we bring our classes here?’” said Sambol. “I didn’t think the store would be fun for six-year-olds, but they loved it.” In the store, kids learn about how the food system works, and how to identify healthy foods, and are taught age-appropriate math lessons. In the community garden, they learn about plant science and composting, and the importance of eating locally.

Karen Davison, a current FoodCorps member who spent last year teaching at a local elementary school, said bringing students to the store helped complete the picture for them, when it came to understanding the source of their food.

“I had so many funny times with students as they realized how many of the things in the store are made from plants—that chocolate and bread are made from seeds, for instance. I love seeing their eyes light up as it all hits home for them,” she said

Davison is proud to work with the children of Ward 5, where food education is most needed. “Oasis does a great job of really serving the neighborhood it’s in,” she added.

Oasis also offers internships to college students studying a variety of disciplines. Two seniors at the University of the District of Columbia (UDC), Marlena Wright and Wola Osunsade, worked closely with Oasis to create the map showing the interplay of food access and other factors in the District, and additional research by the young women won first prize at UDC’s Undergraduate Research Day fair.

Oasis’s longest-running education program, a series of cooking classes held at the local public library, is led by chef-nutritionists from UDC. Every month, up to 30 people from the surrounding neighborhood come to learn how to create flavorful meals out of the region’s seasonal produce. Sambol estimates that Oasis’s programming has reached over 500 people so far this year.

To effect change to something as symbiotic as the food system, participation in local government is necessary. Housing policies, transportation policies, workforce development, the criminal justice system—they all impact food access and public health. “We talk with everyone from the Metropolitan Police Department, to the Office of Planning, to the Department of Health,” said Sambol. Oasis is a member of D.C.’s Food Justice Action Team, which acts as a liaison between the Department of Housing and the nonprofit and private sectors; and it also sits on the city’s Food Policy Council, which promotes urban agriculture and workforce development.

Sambol attributes much of Oasis’s progress to the partnerships it has formed with people and groups from all over the city. “With D.C. being what it is, this sort of nexus of people and ideas, has been really beneficial for the food movement over the last five years. There are more people than ever—on the consumer end, in production, in government—engaged in this. There’s never been more public awareness about the importance of local and sustainably-produced food.”

Stephanie Castellano is a freelance writer and editor in Washington, D.C. She has written on food, history, culture, and international development for the Christian Science Monitor, Tallahassee magazine, and nonprofit organizations. Read more >