If Trump Goes Hard on Immigration, Who Will Grow, Process, and Serve Our Food? | Civil Eats

If Trump Goes Hard on Immigration, Who Will Grow, Process, and Serve Our Food?

Workers are worried about Trump's immigration policies, and so are some in industry. 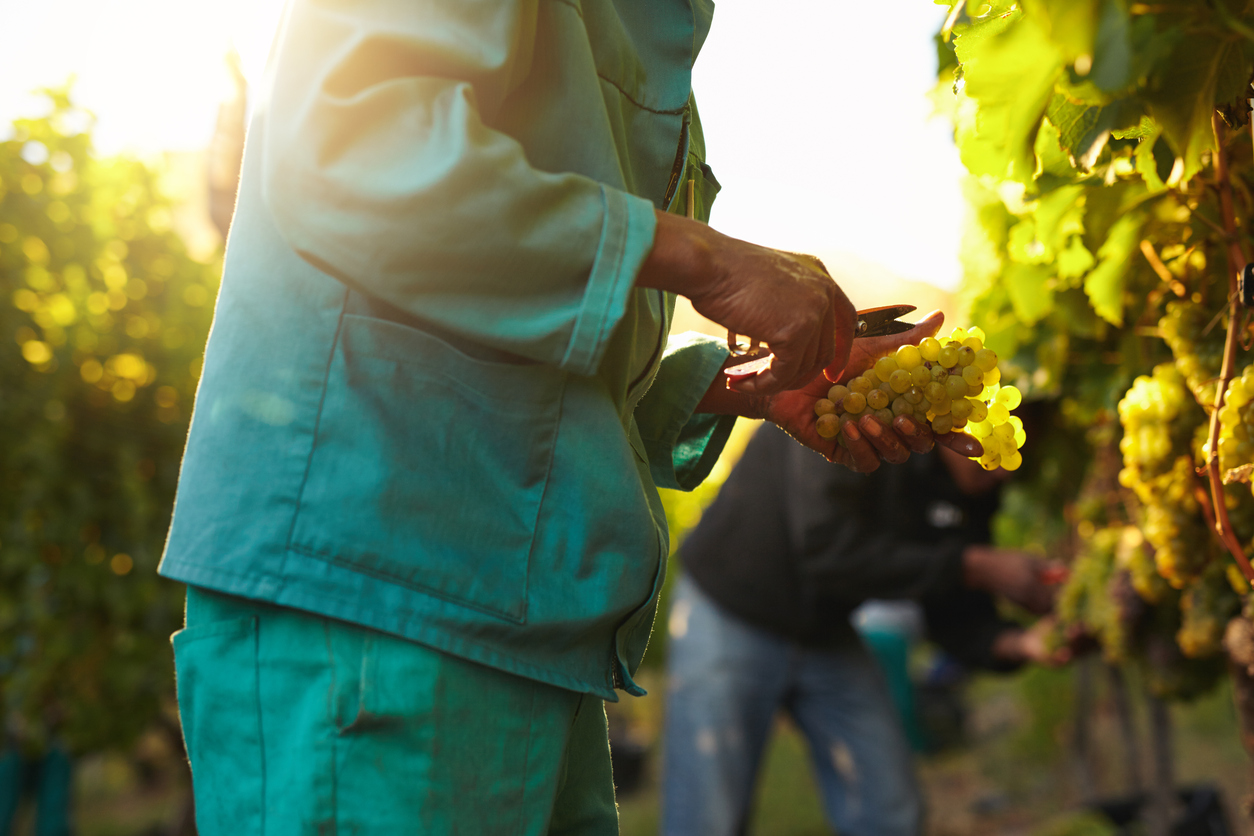 We know that farmers overwhelmingly supported President-Elect Donald Trump in this election. But how does that support square with how his immigration policy could impact the agricultural workforce? And perhaps the more pointed question might be: If Trump goes through with his campaign promises, who exactly will provide the bulk of the labor that goes into producing our food?

Undocumented workers are behind a lot of the food we eat in this country. There are about 2.5 million U.S. farm and agricultural workers and the estimates of how many are undocumented vary greatly. The U.S. Department of Labor puts the number at 30 percent, but other interpretations of this data, put it much higher—at 50 percent or more. And the nonprofit Farmworker Justice notes that such government figures are likely underreported because people are reluctant to answer questions about immigration status.

According to the Pew Research Center, about 20 percent of those working in meat processing and food service jobs—including waiting tables, washing dishes, and other restaurant and food prep jobs—are unauthorized immigrants. In total, about twice as many unauthorized immigrants work in food—including meat-processing as do U.S.-born workers. The same is true of those working as cooks. Altogether, low-wage food system jobs employ upwards of 5 or 6 million workers, so even the most conservative estimate of undocumented workers is significant.

President-elect Trump has talked about immediately deporting 2 to 3 million undocumented immigrants who have criminal records. In addition to widespread deportations, Trump has also promised to set limits on new immigrants. His advisers include Kris Knobach, who helped draft birthplace documentation and immigration laws in Kansas and Arizona that were struck down by courts for violating civil rights.

While much of what lies ahead is still uncertain, any policy that would result in severe cutbacks could “create a major contraction of the labor force,” with significant impacts across the economy, said Minor Sinclair, director of Oxfam America.

The food production is undoubtedly one sector that would be hit the hardest. “There’s no question that farmers and ranchers—not just in California, but around the country—depend on an immigrant workforce,” said California Farm Bureau Federation spokesman Dave Kranz. “Our organization and others will be telling the [new] administration that we … need to be able to offer jobs to people who want them.”

Farmers “currently rely on ‘a huge skilled workforce already in America that are undocumented,’ and while farm groups aren’t looking for ‘amnesty’ for these workers, there needs to be a way for them to legally do these jobs in the U.S.,” American Farm Bureau Federation president Zippy Duvall said in a statement.

As we’ve reported in the past, the poultry industry also relies heavily on immigrant workers. The National Chicken Council said via email that it “looks forward to being able to secure a legal status workforce that will stay on the job long enough to become skilled and efficient, helping us to keep our food products and employees safe while helping to sustain the rural communities where we do business.” The Council also expressed support for “an effective occupational visa system” and “screening tools like a strengthened e-verify program.”

The National Restaurant Association declined to comment, but its post-election statement includes support for cuts in business regulations—including wage and benefit requirements.

Thinking back to the kind of illegal worker recruitment that landed Tyson Foods in court more than once, Farmworker Justice executive director Bruce Goldstein is concerned that a Trump administration could expand the current guest-worker or H2A visa program in a way that erodes workers rights.

He’s worried about increasing worker recruitment outside the jurisdiction of U.S. labor and civil rights laws, which, as he put it, “means slashing wage rates and reducing government oversight.” Yet he also added that because Trump’s policies would also harm employers, that might provide “some basis for compromise.”

Oxfam’s Sinclair echoed that sentiment. “We’re starting to have companies we’ve engaged with come to us and say, ‘We need to protect our workforce,’” he told Civil Eats.

Food industry jobs have provided a foundation for generations of American families. Now there’s concern that Trump’s policies could lead to immigration raids, elimination of the Obama administration’s “Dreamer” (DACA) program, and widespread discrimination, upsetting life for millions of families across the U.S.

“The numbers Trump is using—3 million—that’s more than the estimated number of criminal immigrants. It’s not clear who he’s including,” Goldstein said. That fact, he said, is contributing to “fear among people who have no criminal conviction.”

“People are trying to figure out where they can be safe in their communities,” said Joe Morrison, an attorney with Columbia Legal Services, which advocates for agricultural workers in Washington state. “They’re figuring out if they will be able to get to work, to social services, to the store.” (In some cities, such as the ones that are pushing back against Trump’s efforts to end sanctuary city programs, residents might have an easier time than in others.)

“In small rural communities where I live and work, people are worried about what’s going to happen when we hit 2017,” said Morrison. “These are people who’ve lived in our community for years and years, have significant ties to our communities, and own homes. These are established families with multiple generations.”

For these reasons, groups like ROC United, Oxfam, and Farmworker Justice say they will continue their campaigns to support these workers’ rights at both the state and federal level. These include efforts to increase minimum wages (such as the Fight for 15 Day of Disruption taking place today in 340 cities), the right for union representation, and campaigns like the one in New York State advocating for a farmworkers’ bill of rights.

ROC United is also creating a “know your rights” document for restaurant owners, explained Lewis. The document will explain what restaurant owners can do to protect their workforce should there be any immigration issues—including raids by Immigration and Customs Enforcement.

“Our hope is that the incoming administration doesn’t make life any more difficult for these hardworking folks than it already is,” said Lewis.

Beyond the ethical question, however, is a math equation that some feel just doesn’t add up in Trump’s 10-point plan promise to “turn off the jobs and benefit magnet.”

According to the U.S. Department of Agriculture, farm workers earn less than $11 per hour on average. Meanwhile, folks working in the food processing industry earn between $23,000 and $25,000 a year, while those serving food earn on average about $19,000 a year.

“By and large, I don’t think you’ll see Americans moving into these jobs. These are hard, dangerous, low wage jobs,” said Oxfam’s Sinclair.