Will Our Food be Safe Under Trump? | Civil Eats

Will Our Food be Safe Under Trump?

We asked a number of experts and advocates about pesticides, food safety, and oversight of ingredients under the next administration. The jury is still out, but it’s not looking good. 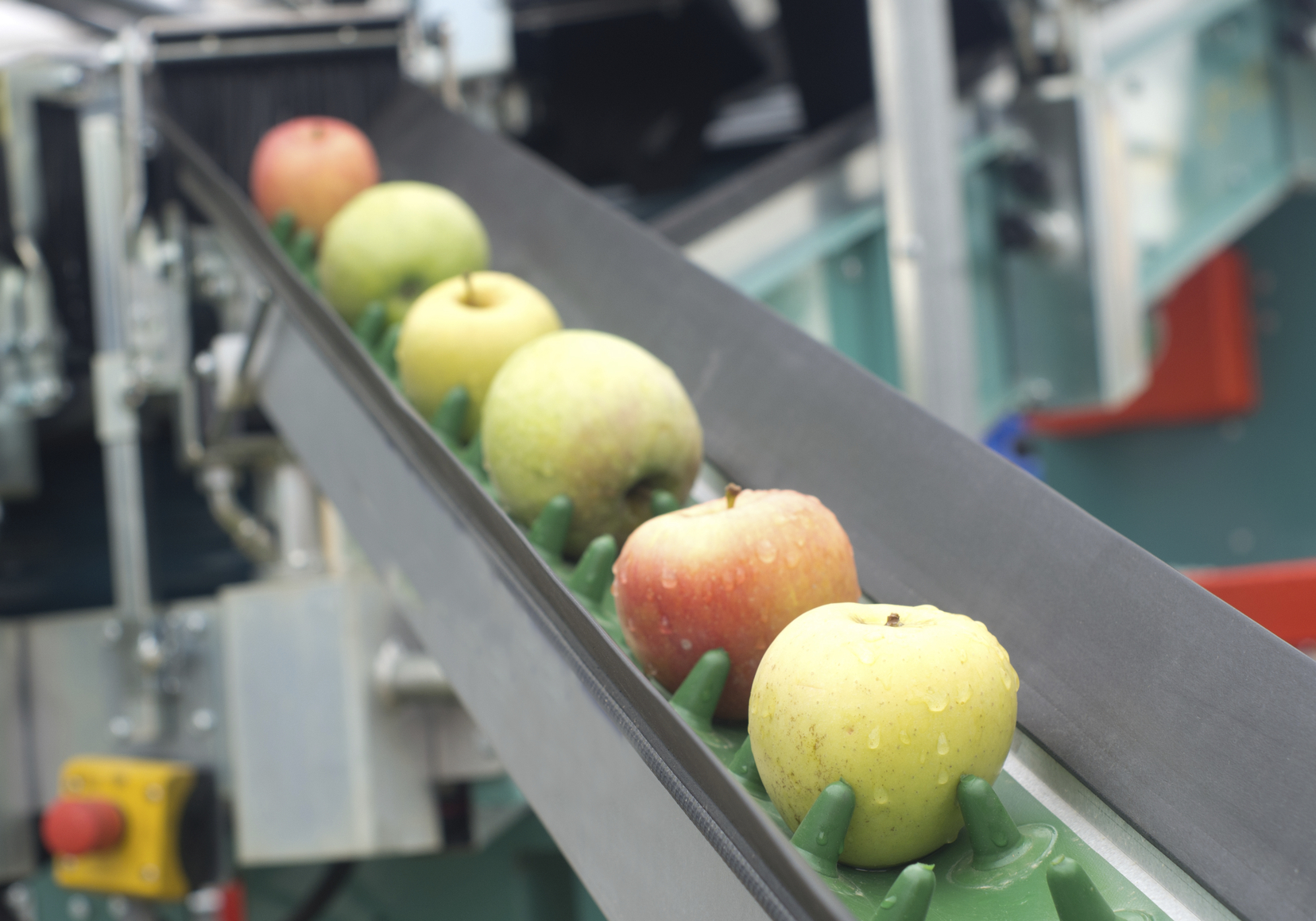 On the campaign trail, Donald Trump railed against what he called the “FDA food police” and “inspection overkill.” He has said he’d dramatically overhaul and limit federal government regulations. Now, big questions have arisen about how far he’ll go to scale back the incremental work done in recent years to keep pesticides, GMOs, and harmful additives out of the food supply.

Cabinet posts have not yet been announced, but Michael Torrey* is reportedly leading the Trump transition on agriculture. Torrey is an agricultural chemical industry and food manufacturing lobbyist whose firm has worked on behalf of many large food and beverage trade associations and companies that range from the American Beverage Association, to the Illinois Soybean Association, Dean Foods, and Little Caesars Pizza.

The U.S. Environmental Protection Agency (EPA) transition is reportedly being led by climate change denier Myron Ebell of the Competitive Enterprise Institute (CEI), which is known for its anti-regulatory and anti-environmental protection positions. CEI maintains a website devoted to downplaying the health hazards of a range of chemicals including pesticides.

As president, Trump will be working with a House and Senate controlled by Republicans, whose party platform included opposition to GMO labeling, restaurant menu nutrition labels, and the Obama administration’s regulation of agriculture.

None of this bodes well for regulations designed to protect the food supply. Questions remain on how far the incoming president can go when it comes undermining or dismantling the existing rules and regulations. And food safety advocates are taking stock of what aspects of our food system are likely to be most in jeopardy.

Civil Eats spoke with policy and food safety experts to find out what may be in store. Here’s what we learned.

Can the president simply abolish a federal agency like the EPA?

The short answer is probably not. As Center for Biological Diversity senior attorney Stephanie Parent explained, the president cannot unilaterally abolish a federal agency. Under the Reorganization Act of 1977, as amended in 1984, “the president first needs to seek authority from Congress to ‘reorganize’ the executive branch.” That, she explained, “does not allow elimination or creation of agencies.” Any reorganization carried out under that law also requires the president to submit a plan and have it approved by Congress. The implication is that this is unlikely to happen.

Why? When it comes to what the EPA does, said Center for Progressive Reform executive director Matthew Shudtz, “Reliable polling over the years shows that the Clean Air Act and Clean Water Act, are pretty popular with people across the political spectrum. There are differences of opinion on how these laws are implemented, but no public support for things suggested in the campaign like abolishing the EPA.”

Yet, he explained, “Congress can—and very likely will try to—starve the agency by cutting resources drastically, including shifting them away from enforcement.”

This may also be the short-term fate of with the FDA oversight of food safety. Yet even if Congress guts enforcement budgets, “that doesn’t mean businesses don’t need to comply with a law like the Food Safety Modernization Act (FSMA),” Andrew Rosenberg, Union of Concerned Scientists (UCS)’ Center for Science and Democracy director, told Civil Eats. Designed to prevent food contamination throughout the food supply chain, the FSMA was signed by President Obama in 2011. The FDA calls it “the most sweeping reform of our food safety laws in more than 70 years” and it is indeed a big, complex law with many rules, some just now going into effect.

Can the president simply do away with food laws, rules, and regulations?

Despite Trump’s promises, Rosenberg says, “A president or an agency administrator can’t wave their hands and eliminate a rule.” Undoing—or redoing—an existing rule or regulation requires a full scientific analysis and a proposed alternative to what’s being revised, Rosenberg explained.

This process includes public comment periods and opportunities to legally challenge improper processes. “The only way to undo a rule is the same way it was made—through rulemaking,” explained Earthjustice managing attorney Patti Goldman.

That said, executive orders—actions by the president that did not go through a legislative or agency rule-making process, such as the Executive Order Combatting Antibiotic-Resistant Bacteria—can be easily undone. Also vulnerable to actual undoing are unfinished agency rules and regulations.

And that includes “anything that was unfinished by USDA, FDA, or EPA at the end of the Obama administration—which is a pretty substantial list,” said Food & Water Watch assistant director Patty Lovera. Among what she’s concerned about are rules on animal welfare, organic food, and new GMO approvals.

Michael Jacobson, president of the Center for Science in the Public Interest, pointed to the work FDA has been doing to set new sodium limits for food: “It’s the biggest single health problem in the food supply. It could save as many as 100,000 lives a year if we cut sodium levels in half.”

Voluntary limits were proposed in June, but, said Jacobson, “A new administration could just revoke those or say they have to restudy it.” Jacobson is also concerned that the FDA under a Trump administration would do even less than the agency currently does when it comes to regulating food additives and chemicals used in livestock production. (Case in point: after over 40 years of recognizing the dangers of growth-promoting antibiotics in meat production, the FDA’s antibiotic regulations are still voluntary.)

What does the election mean for pesticide use?

“While it remains to be seen exactly what a Trump administration will do, it’s very clear that corporate interests will be firmly in the driver’s seat at EPA,” Pesticide Action Network policy director Kristin Schafer told Civil Eats. “When it comes to how we produce our food, this is very bad news.”

“We’ve seen the heavy hand of the pesticide and biotech corporations influencing the agency for years,” said Schafer. As one recent example, she points to the fact that Monsanto recently put pressure on the EPA to make its Scientific Advisory Panel more industry-friendly before reviewing the carcinogenicity of glyphosate (the active ingredient in Roundup).

In addition to EPA’s ongoing review of glyphosate, the agency is also in the process of re-evaluating two other widely used pesticides, chlorpyrifos and atrazine. “There’s strong science on their adverse health impacts—and big commercial interest in these products, so we know they’re going to be controversial,” Schafer said. It’s possible that the EPA under Trump could slow or alter progress on these both.

Environmental advocates are also keeping an eye on the current ongoing federal interagency process for approval of new GE crops. This too is in progress so it’s vulnerable to change under the new administration.

How can people get involved?

Amidst the general pessimism and overwhelming concern about the fate of environmental protection and food safety regulation under the Trump administration, Environmental Working Group vice president of governmental affairs Scott Faber noted, “It’s important to remember that healthy food, safe food, and clearly labeled food are American values—not Republican or Democratic values.” And he pointed out, “The common sense progress made in recent years on these issues was usually the result of bipartisan legislation.”

“One difference from eight years ago, is that the pool of people making more choices about their food and wanting more information about their food is bigger,” said Food and Water Watch’s Lovera. What happens next, she said, “Will depend on whether people get engaged politically or just hunker down with their shopping lists.”

Union of Concerned Scientists’ Rosenberg agreed. “This is a time when people will really need to speak up and be heard,” he said.

*Michael Torrey & Associates said it could not “comment” and was “not at liberty” to confirm Torrey’s role, if any, in the transition and referred Civil Eats to the Trump transition team, which has not yet responded. It’s still too soon to tell how the so-called lobbying ban put into place on Wednesday will impact Torrey’s role.