Digested: Do We Need Farmers to Eat? | Civil Eats

Digested: Do We Need Farmers to Eat?

The answer might be more complicated than you think. 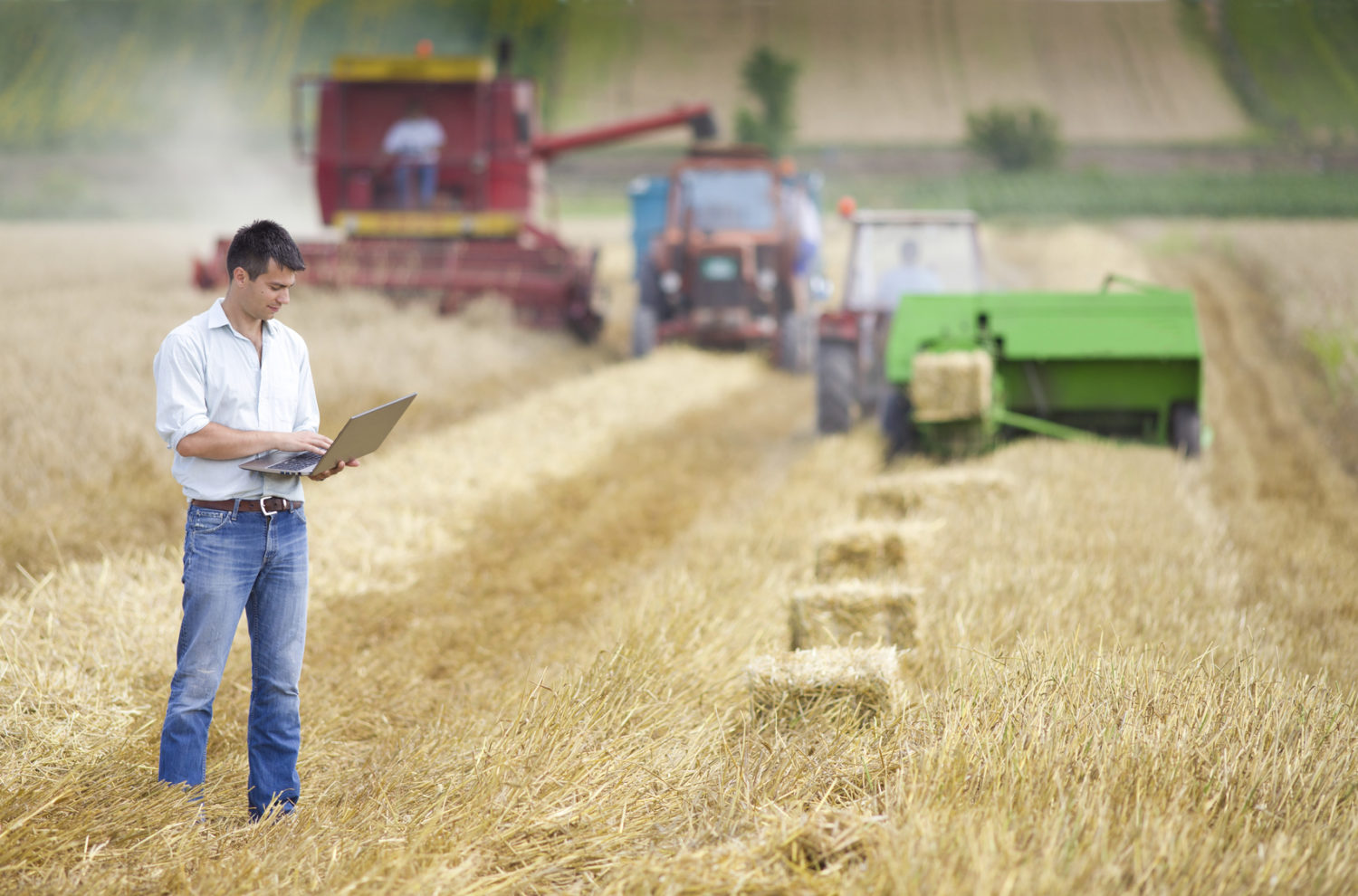 “Without farmers, how will we eat?”

I hear this sentiment often. And there is truth to the phrase. Technically, there are always people behind everything we eat. And some of them are farmers.

In fact, there are many of us out there who pride ourselves on knowing, supporting, and appreciating farmers who dedicate themselves, quite literally, to feeding their communities.

But that doesn’t mean our relationship with farmers is as simple as it used to be. For years, “farmers” were people who had ownership over the farm (they stood to profit from the business on good years, and lose money on bad ones) and put in labor to grow the food. And we needed a lot of them to keep us all fed.

While some small-scale farmers still do some of the planting and harvesting themselves, the number is dwindling. And many of them just don’t produce a significant quantity of food anymore. In 2012, 57 percent of farms had sales of less than $10,000 (i.e., they were “hobby farms”).

In 1900, there were 5.7 million farms in the U.S. Today, a little over 1 million of our farms produce at a real commercial scale and less than 12 percent of them sell around 90 percent of the food.

On large farms, there are indeed farmers involved, but many function more like any other business owner does, and most now rely on some combination of farmworkers—a group of people who are generally given little or no ownership over the process—and machines to do the actual work of getting the food to our plates.

Over time, those large operations are likely to get larger, as the double-bind created by our aging farmer population (now averaging around 59 years old), and the ongoing drop in the number new farmers entering the field (operations that have been in business for five years of less went down 23 percent between 2007 and 2012) will continue to shift agriculture in an increasingly industrial direction.

Meanwhile, automation is fast becoming a common feature of the farm landscape. Between robotic lettuce and tomato pickers, automated milking parlors, and driverless tractors, machines are replacing people at a rate that is hard for many of us to fully comprehend.

Evan Fraser, Professor and Research Chair in Global Food Security at the University of Guelph and co-author of a recent op-ed about automated food production, says he’s seeing what he calls “a petty big uptake” of these technologies.

“Love it or hate it, this is happening. This is where the industry is moving,” he told me in a recent phone call.

“To be honest, there are very few humans involved in food production already,” he said. And while Fraser is optimistic that having more technology and fewer actual people on farms will also coincide with a reduction in the use of inputs such as fertilizer and water (thanks to huge leaps in sensor technology and big data), he admits that the picture doesn’t look good for communities.

“I think we can probably shrink agriculture’s ecological footprint,” he says. “But from a social perspective, there will be some negative consequences.”

Fraser says technology will likely allow for further consolidation in agriculture, and a shrinking number of farms that continue to grow in size. “This will continue a long-term decline in the vibrancy and density of rural communities,” he adds. And while he thinks there will be a few rural communities (mostly on urban edges) that succeed at defining themselves as hotspots for local, organic, and other forms of alternative agriculture, they’ll also probably continue to feed a small population of relatively affluent people.

Meanwhile, Fraser predicts that the scale of “capital-intensiveness is going to ratchet up with big data and the digital agriculture revolution to the point where full automation, or near-full automation is the norm.”

In other words: Not so many farmers behind our food.

I don’t think all food that is made on a human-scale is doomed to disappear forever. And I readily admit that without small-scale, sustainably-minded farmers, I wouldn’t be able to eat the food I like the most. On days when my life and my budget allow me to buy local, organic food direct from farmers, I don’t take it for granted.

But let’s stop pretending it’s the norm for most of us. Let’s also stop blindly equating “farmers” with “food” in a straightforward equation circa 1900. Instead, let’s do what we can to improve the circumstances for the bulk of the people who are involved in the modern food chain—from farmworkers, to warehouse workers, to truck drivers, to dishwashers. Because, even if they’re not seeing the profit, they’re often the ones who really make it possible for us to eat.