Curing What Ails Us, from Urban Herbalism to Activism | Civil Eats

Curing What Ails Us, from Urban Herbalism to Activism

With her new book, herbalist Bonnie Rose Weaver is cultivating a connection to the natural world through history and humility. 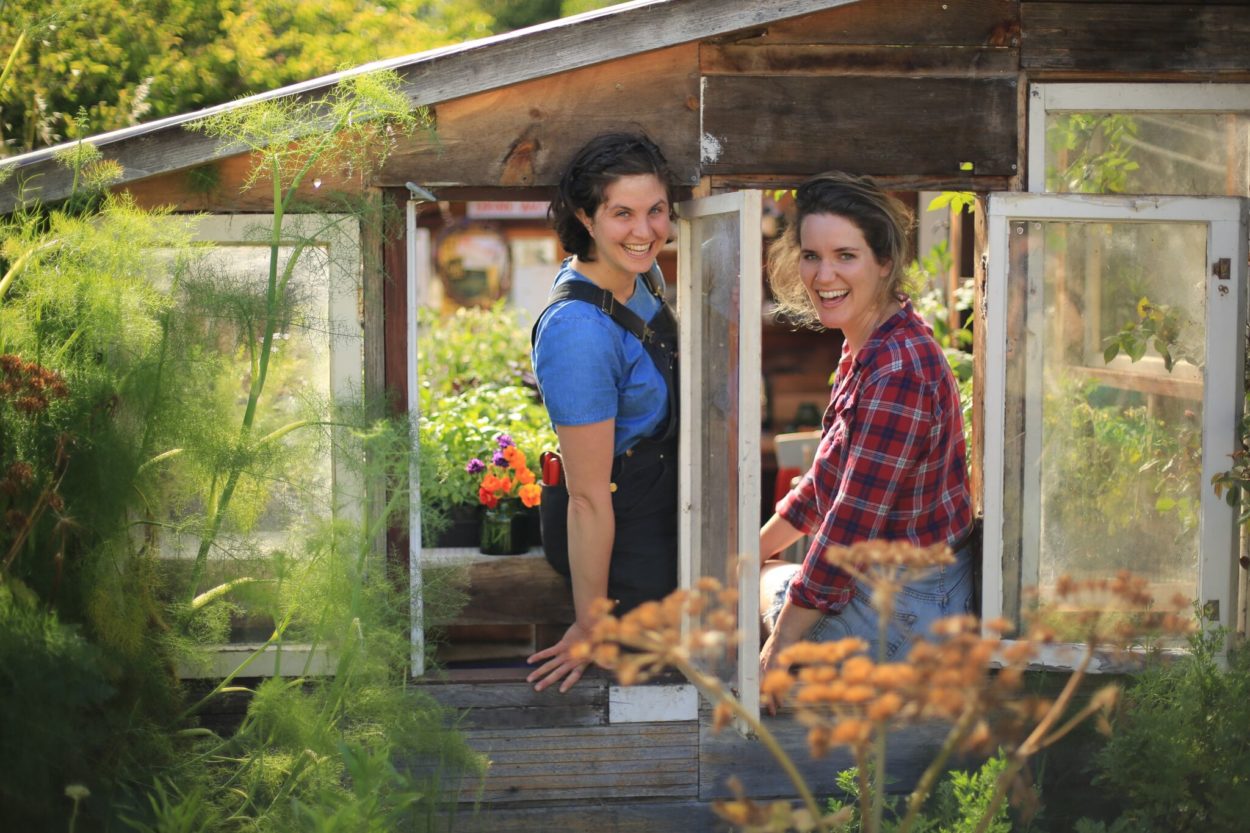 For most of her early life, Bonnie Rose Weaver relied on an inhaler to alleviate the symptoms of asthma. Then, while she was attending school in Olympia, Washington, Weaver began growing herbs and learning about wildcrafting and herbalism. She combined four herbs in a tea, drank it daily, and noticed improvements in her symptoms within three months.

After a year, her asthma disappeared and never returned. “I don’t drink it anymore, and I don’t even use inhalers,” she says.

She’s happy to share the recipe, but to her, the key to the story isn’t necessarily what was in it, “but that it was something so simple—as simple as a tea, which people drink every day” that could take away her symptoms so completely.

After graduating in the midst of the recession, Weaver worked at a grocery store before completing an apprenticeship at the Oregon-based Herb Pharm. She returned to San Francisco in 2013 to find of a vacant garden plot at Little City Gardens.

“I ran an herb garden as a hobby for a year—an expensive hobby—and at the beginning of 2014, I knew I should turn this into a business,” says Weaver. 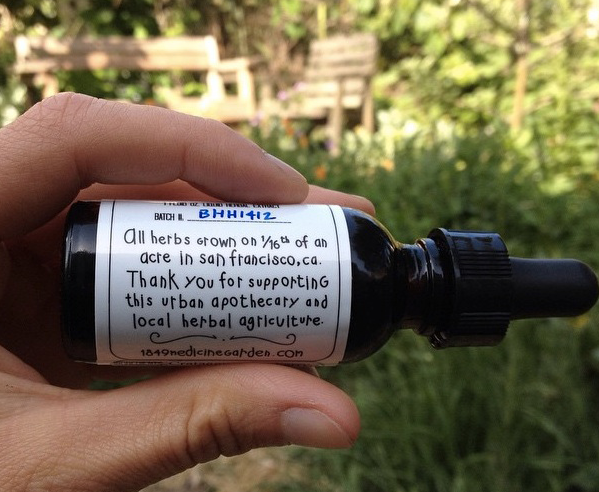 “Tinctures are portable, they last for 10 years, and they are really quick-acting because they don’t have to be broken down by the body like a pill or food does … I think it’s important for people to taste their medicine and connect with herbs like that,” says Weaver.

The 1849 Medicine Garden was named after the year the California Gold Rush began, but it’s not a straightforward tribute, says Weaver.

“In school, we learn about the Gold Rush … but there isn’t a critical lens that says, ‘Wow, because of capitalism, we believed that profit was such a good thing, [we didn’t care for the land],’” she recalls. “If we never go back and acknowledge that, that hurt will always be there.”

It was Weaver’s desire to build a business based on respect for the natural world that prompted her to work with Mari Amend, an oral historian who co-wrote her recent book, Deeply Rooted: Herbal Medicine Cultivation in Techtropolis. Along with tea recipes, cultivation techniques, and tips on suggested use and dosages for 20 Bay Area herbs, the book also includes a discussion of herbalism in context of urban agriculture and the future of herbal medicine.

The book started as a good-bye project to the garden, which Weaver lost access to last October. (Little City Gardens lost its lease to its landlord, a school, earlier this year. After a legal fight, a judge ruled that the school could retain rights to the property in September.)

“Part of the problem with current San Francisco is that everything is fleeting,” says Weaver. Regardless of whether she finds another place to grow herbs, she says she wrote the book to document her work on the urban farm and to honor a pivotal moment in time.

The writers also hope to contextualize their work within the colonial history of the land and folklore and historical context for medicinal herbs throughout time. “All of our ancestors used plants as medicine,” Weaver says. “Even though we live in a society that’s so far from that now, part of my work is honoring that legacy and that history.”

The two women also share a drive to recognize their privilege as white healers and honor the native people who tended the land before them. “It doesn’t feel honest to me in 2016 to practice without talking about white privilege and gentrification,” she says.

The CSA had to be put on pause and has an uncertain future. Rather than focusing on selling tinctures, Weaver is optimistic that Deeply Rooted could inspire others to create their own herb gardens and apothecaries at home. “I want people to copy this model. I want there to be more herbalists and more herbal farmers.”

There’s a lot more behind it than the physical healing properties of herbs. On their current book tour, Weaver and Amend start every workshop with a moment of silence and an open invitation to talk about indigenous communities of the area.

“Herbalism is activism,” Bonnie says. “Tending the earth is tending our bodies and our community…It’s not just about a cute salve with a cute label.” The women’s book tour has encouraged readers to engage with the natural world so they can help ensure it remains a priority—in cities and beyond.

Their biggest take-away? “Connect with plants where you are. Recognize what’s around you, even if it’s just the trees on your street. Plant something at home—it could be a culinary herb, like rosemary. Notice and interact with what’s there, and learn about the history of your home.”