Why Washington’s First Lady is Growing Her Own Grains

In collaboration with The Bread Lab, Trudi Inslee has jump-started a dialogue about the benefits of local grain economies. 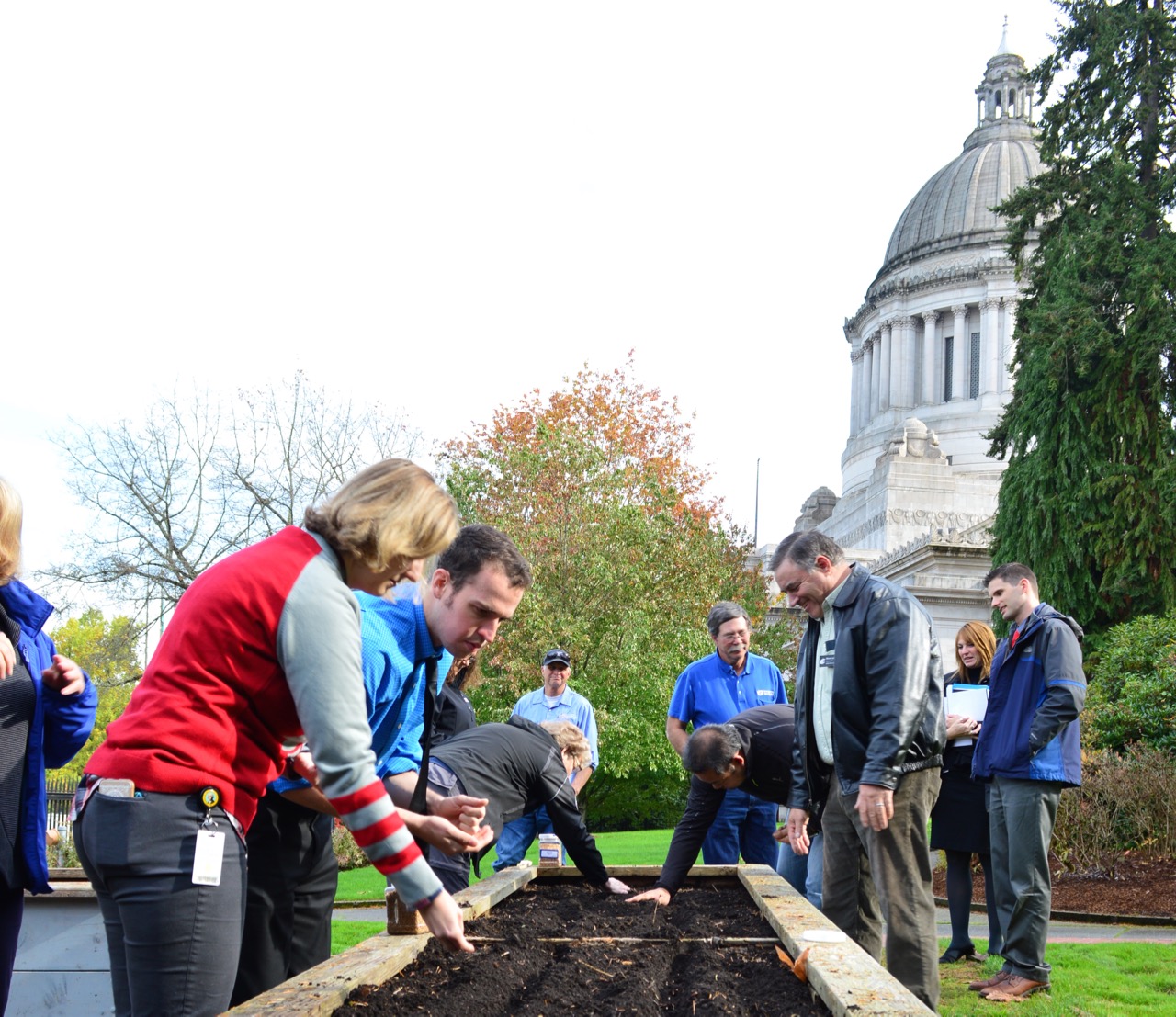 The First Lady of Washington State, Trudi Inslee, had something unusual growing alongside the tomatoes, chard, and kale in the garden of the governor’s mansion in Olympia, 60 miles south of Seattle: amber waves of grain.

No, not the sort growing in the state’s eastern agricultural belt, where the farm fields extend endlessly to the horizon. Instead, two of Inslee’s nine raised beds were sown for the first time with wheat and barley varieties developed by Washington State University’s Bread Lab.

These grains represent one example of a larger effort in the U.S. to revive, grow, and eat more nutrient-dense, locally adapted grains.

“We want people to know where food comes from, and that it’s possible to have sustainably grown food,” Inslee said as she introduced the project at the harvest celebration and tasting she hosted earlier this month.

A long-time believer in local economies and the role of food in personal, environmental, and community health, Inslee planted a vegetable garden along the driveway to the governor’s mansion three years ago, and consequently has donated thousands of pounds of produce to local food banks. She conceived the idea of adding grains to the project after visiting the Bread Lab, part of WSU’s plant breeding program.

The lab’s first goal is to develop varieties that work well for farmers—providing them with agronomic qualities that benefit their bottom line, such as disease resistance, good yield, and an effective role in sustainable crop rotations. While the lab mainly serves farmers in Western Washington, it is also working to breed regionally adapted grains for farmers up and down the West Coast, from Southern California to Northern Alaska.

The lab is inspiring similar endeavors across the country, such as Drexel University’s Wheat Lab. And though it was not publicized, the wheat Michelle Obama planted in the White House garden a few years ago also came from Jones’s lab.

At the October celebration, Jones acknowledged the unlikeliness of the grains’ presence in the Western Washington garden. “The wheat and barley are out of place here,” he said, “and when something’s out of place—say, in front of a governor’s mansion—we look at it with new eyes, and we talk about it.” The grains at both the White House and the Washington State governor’s mansion “draw attention to our food,” Jones said. And that’s the idea.

Although Washington is the fifth largest wheat-producing state, with farmers growing over a billion dollars of wheat each year, 90 percent of that is exported as a low-priced commodity.

In a commodity-export market, a farmer plants, harvests, and then ships bulk grain to terminals in Seattle or Portland where it’s mixed with wheat from across the country and then exported around the globe. In exchange, the farmer receives a price dictated by the international market.

By contrast, at the Bread Lab, “We grow food, not commodities,” Jones said. “We keep value where it’s produced—[we] don’t let it fall through our fingers.”  In order to provide farmers more options than the global commodity export market, the Bread Lab helps grain farmers forge relationships with local millers, bakers, and baked-good buyers. As part of that work, the lab determines which grain varieties are most commercially viable in a given locale, which varieties work well for bakers, and which taste profiles appeal to consumers. 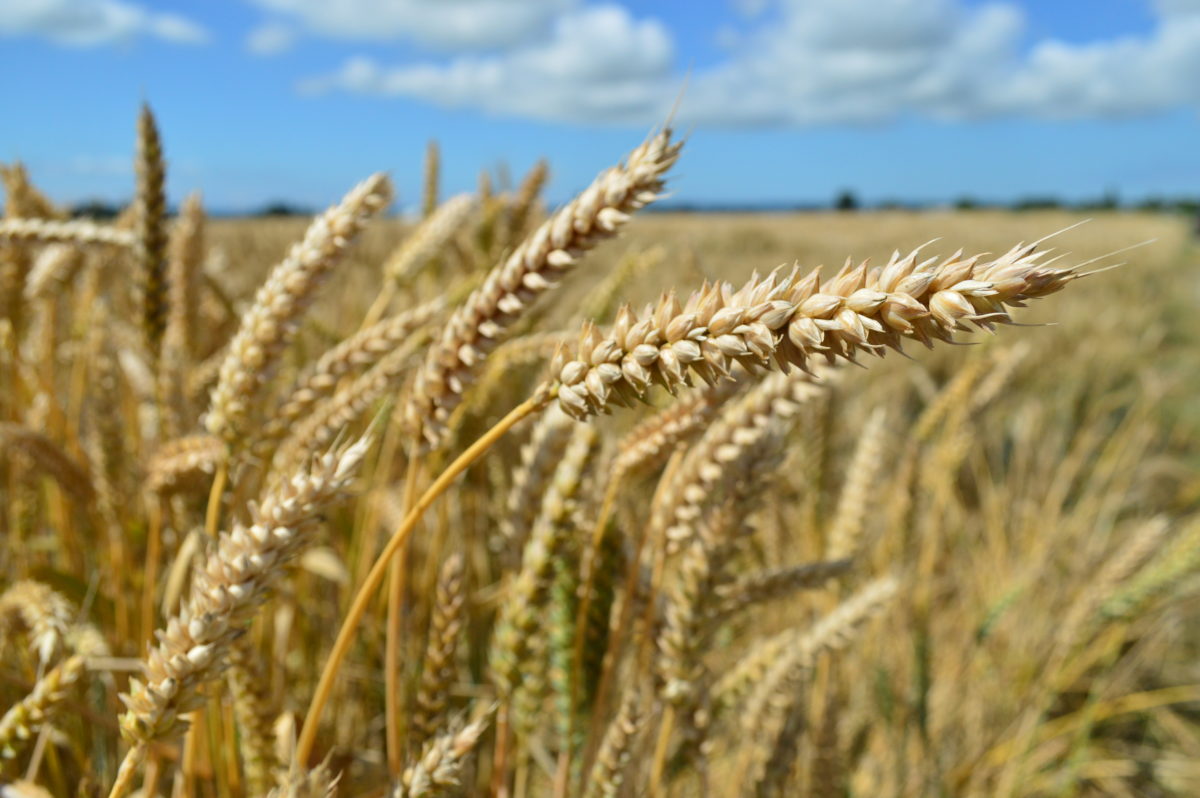 Skagit 1109 wheat, which grew happily in Inslee’s garden, has proven a favorite of local farmers, bakers, and consumers in northwestern Washington for its superior agronomic and taste qualities, for instance. (Skagit is the county where the Bread Lab is located, and 1109 refers to the fact that this was the ninth cross of different wheat strains that Steve Lyon, a senior researcher who has been developing wheat varieties for the past 23 years, made in 2011.)

While most of the Bread Lab’s work centers around wheat, some of Jones’ graduate students are studying other types of grains as well. Brigid Meints has been working with the hull-less varieties of barley that Inslee planted in her garden, which she hopes will one day be more widely consumed.

While regular barley has a hard outer coat, or hull, that is not digestible and that is “glued” to the grain, there are two “naked” or hull-less varieties, called Streaker and Buck, Meints explained. “They thresh freely from the hull,” she said, and so need minimal processing before being milled into flour or rolled into flakes  that look very similar to rolled oats.

“Most people don’t eat barley very often,” Meints lamented. “They think it’s only for delicious malted barley beverages like beer and whiskey, but you can do so much more with it.”

Proof in the Pudding

Bread Lab researchers bring grains that do well in field trials into the lab where they analyze their chemical and physical properties. But the proof is in the pudding. In the Bread Lab, researchers, bakers, and tasters mill, bake, and eat—and find that some wheat varieties are great for bread, others for tortillas, and still others for biscuits and croissants.

After Inslee’s barley was harvested in July, and the wheat in August, The Bread Lab staff brought the sheaves from the governor’s mansion to the WSU Bread Lab where they threshed them (separated the grains from the rest of the plant) and then cleaned and milled them into flour.

Because industrial mills often destroy the taste and eliminate the nutrition in grains, local grain advocates are also interested in promoting better milling techniques. While industrial roller mills strip away the nutritious bran and germ, leaving only the starchy endosperm, the ancient practice of stone milling—which Jones demonstrated at the harvest event—involves grinding wheat berries between the two rotating granite stones of an electric-powered mill. The resulting whole grain flour retains all the nutrition found in the original grain, including the many nutrients found in the bran and germ.

Back at the governor’s mansion, Inslee invited her guests into the dining room to taste a variety of foods made with ingredients grown in her garden. “And now we get to eat what we sowed and reaped!” she announced.

Mel Darbyshire, the head baker at the Seattle fixture Grand Central Bakery, had made a number of flavorful breads from the Streaker and Buck barley varieties and the Skagit 1109 wheat. Chef Quan Hoang, the governor’s chef, cooked barley soup with vegetables and chewy barley cookies—proving grad researcher Meints correct in her assessment of its taste.

As the guests dug in and the conversations flowed, the First Lady beamed. Her two “out of place” grain plots had done their job in much the same way that her vegetable garden had in the years before. They had raised awareness, stimulated interest, and started a conversation about healthy food, local economies, and sustainable agriculture for all.

Photos courtesy of the Bread Lab.

Terra Brockman, founder of The Land Connection and author of The Seasons on Henry’s Farm. Read more >