Dining in the Era of Kaepernick | Civil Eats

Dining in the Era of Kaepernick

Is dining the final frontier of American racism? This chef says yes. 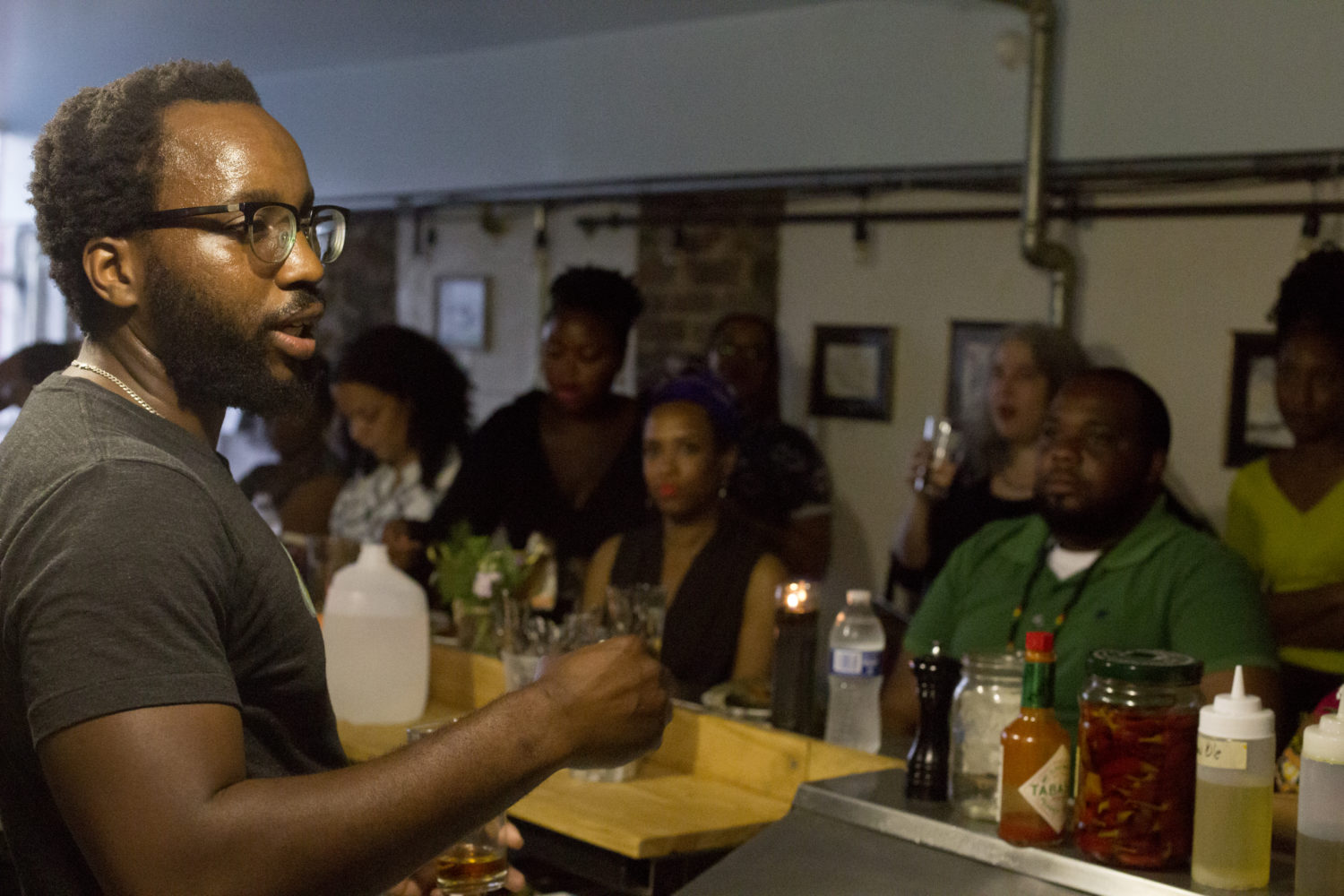 Fela Anikulapo Kuti, the fiery Nigerian music messiah, once said, “Music cannot be for enjoyment. It has to be for revolution.” Fela’s strict notion of music’s purpose in postcolonial Africa, informed by bruises and bumps from his entanglements with martial authorities, can be applied to dining in the United States.

In a country where Black Lives (must) Matter, dining can no longer ignore racialized death—in all its multi-hued apparitions. The time of dining as escape is over; the notion of food as art is finished; the era of dining as protest is now!

As a cook, I declare dining as the final frontier of prejudice. It is one of the few remaining social spaces premised on the tyranny of a soft-boiled racism. The evidence is in the caricaturization of customers of color as bad tippers; the shuttering of restaurants to patrons of color; the lack of access to capital for operators of color, and more. Restaurants are the most delicious manifestation of that unuttered American dictum: “Black and Brown in the back, white in the front.”

Modern dining reflects our ambivalence towards combatting racial prejudice, and reinforces racial hierarchy. And that’s why they say never to discuss religion and politics at the dinner table. For when we disobey them it becomes impossible to deny the politics of racism, racial capitalism, racialized underemployment, poverty and gentrification, and patriarchy, which permeate many of our well-meaning dining spaces, organic farms, food publications, and plates.

No one is absolved, no is exempt. Everyone is indicted. From the avant garde, a la Alinea, to the upscale-casual of Momofuku, to the commodified convenience of McDonald’s—all are a continuation of the same tradition of denial.

This is a crisis not of inventiveness in the kitchen, which is another issue, considering the velocity at which derivative restaurants and menus are being created, and the scene is hastily homogenizing.

This is a crisis of imagination. A failure to see the role that food and dining can play in creating more racially equitable communities.

Facts are rarely the best instigators of revolutions; they don’t precipitate paradigm shifts. Instead a forceful chorus must sing—wide-mouthed, visibly strained uvulas vibrating—a song that deafens powers which refuse to listen. For modern dining to be responsible and relevant to our lives I propose a song in three stanzas.

Permit me an oversimplification in service of a larger point. Most urban centers, starting somewhere in the 1950’s saw a dramatic population and demographic shift (white and wealthy) to the outer ring suburbs, leaving inner cities predominantly black and poor. The reasons for this shift are multifarious but spurred by the enduring and unresolved racial realities of this country.

Currently, a reverse population and demographic shift is happening and white wealth is returning to cities, but this time at the expense of the folks who couldn’t afford to leave when things got bad and now can’t afford to stay. Some folks label this gentrification; cruel irony seems more appropriate.

Restaurants can be the harbinger of this reversible irony. This awareness is vital. Restaurants must understand their role as crucial levers in the economic machines of deprivation and racial inequity. To be explicit, I am advocating restaurants take a more active role in the communities of color, whose resources they employ at subsidized rates.

Also, considering an employer-side paradigm that sees people of color as owners and not just employees, restaurants are a tool of economic and community self determination.

As such, loosening access to capital for entrepreneurs of color is hugely important. We want minority owners and operators to create wealth for themselves and provide stable employment and a living wage to their community, as they capture a more equitable share of the prodigal wealth returning to their neighborhoods.

Patrons, and the press, have a responsibility to seek out these minority businesses—not as a matter of altruism, but rather of self-interest because eating at the same white-bread restaurants, offering milquetoast menus masqueraded as inventive is boring as fuck.

Affluent American society has created an over-stimulated and hyperactive restaurant class. Serfs to their implacable palates, today’s diners are constantly in search of the latest and most wonderful eating experience. Motivated not by hunger but intrigue and mystery, we’re obscurity-obsessed, impressing each other with photographs and tales of our most rarified food adventures.

Food has become the object, and dining the social context within which we consume. And so it is that dining spaces have elevated food from its status of mere object by introducing a richer definition of consumption—visual, olfactory, sensual, and critical.

We should not deny ourselves these important, non-material pleasures that the intellectual abstraction of food provides. However we must pursue this abstraction on one condition. It must be purposeful.

The most formidable mission food can find in our culturally plural and disparate society is to combat notions of “normal” or “typical” which inevitably serve to alienate everyone who isn’t normal or typical.

When we think American food, do we think burgers and fries? Tacos? Confit duck? What we see as “American” depends on a set of references and prejudices. And to employ dining as a tool to deny people these prejudices is one of the most powerful things we can do. It is what dining must do.

The only way to force change is to say something—however inconvenient. Society has to be crowded with the truth. The truth must kneel on football fields and spill onto our dinner plates. Chefs, writers, bartenders, bakers, farmers, and the lot of us food people are keepers of social space—and we have a responsibility to introduce racial equity as a necessary non sequitur.

But of course we forgot this cardinal purpose. In our haste to elevate food we discarded its divine raison d’etre: sustenance! Let us temper our abstract enjoyment of food with this first realization, that food should be healthful.

We must strive against mediocre food served in heaping portions by large disembodied corporate interests only concerned with extracting our money and providing us with disease and discomfort in return. Such food insinuates value while obscuring its hidden costs, which we pay for eventually in the form of escalating medical expenses, lower wages for workers, a degenerating planet, and sorry taste buds that can’t tell the difference between good and evil potatoes.

All food, from the fast, furious, and despicable variety to the tweezer-crafted and coddled, is created to sustain our muscles and memory, uplift our imagination so we can shout louder, march longer, and imagine fuller a true Technicolor present where bullets, bacon, and poverty don’t kill black folks in America.