How Flint is Using Good Food to Combat Lead Poisoning

Since the water crisis, Flint’s local food community has ramped up efforts to distribute fresh foods that are low in fat and high in vitamin C, iron, and calcium. 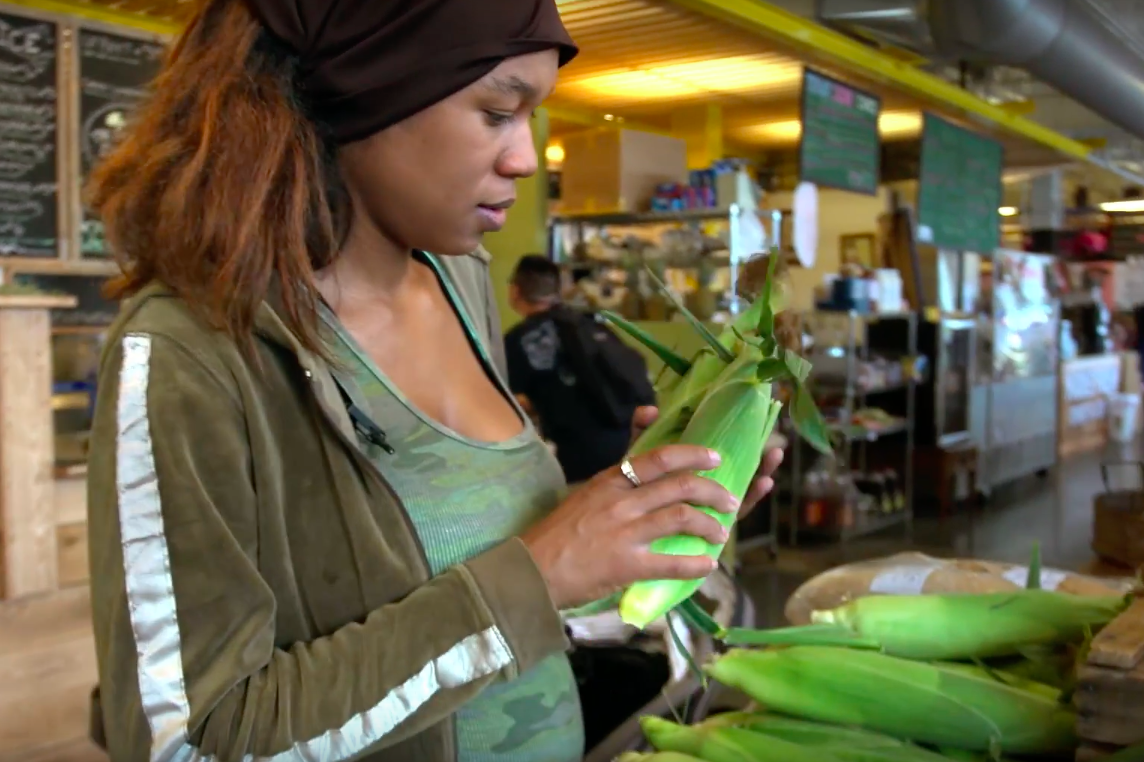 When news of the Flint water crisis went viral in January, water donations and pledges of support came from around the world, and suddenly a community that was long ignored by the outside world was the subject of national news reports. The story was alarming: hundreds of people had been exposed to lead simply by using the water in their homes.

When the city of Flint began using water from the Flint River in April 2014 and forwent treating it for corrosion, the move resulted in corroded pipes, lead in the public water supply, and a public health crisis. Ingesting lead is dangerous for anyone, but it is especially damaging to children and pregnant women, with long-term effects including behavioral, learning, and hearing problems, delayed fetus growth, and harm to the brain, kidneys, and other essential organs.

Research shows, however, that good nutrition can help mitigate the impact on children with elevated lead levels. Like calcium, lead is stored in the bones, and it can remain there—eventually leaking out into the bloodstream, continuing the exposure internally—for months or years after the external exposure stops. Fortunately, foods low in fat and high in vitamin C and iron combat lead poisoning by decreasing the metal’s absorption by the body. Calcium also decreases lead’s negative impacts by helping prevent it from leaving the bones.

With that in mind, members of Flint’s food community doubled their efforts to get healthy food into the homes of Flint residents.

The hub of Flint’s food community is the year-round Flint farmers’ market, an indoor bazar conveniently located across the street from the MTA bus terminal. While the market has long purveyed high-quality fruits and vegetables and offered cooking demos, exercise classes, and health programs, it took on a new mission earlier this year: getting foods that combat lead poisoning into the homes of Flint residents.

Along with the Hurley Wellness Center and Michigan State University Extension, the market created a series of cooking classes that teach participants to prepare meals with the lead-fighting foods.

“It just happens that most of the foods that help with lead exposure are just your basic healthy foods,” says Chef Sean Gartland, market cooking class lead and culinary director of Flint Food Works, an incubator program also at the market.

Gartland rotates teaching duties with Hurley dietitians and MSU educators. All of the classes are free of charge, and each participant goes home with a bag of produce, a nutrition guide, and recipes designed to reduce the effects of lead exposure.

One of Gartland’s recent classes featured a brown rice dish with grilled chicken, kale, and black beans. “We try to drive home why you would add [those ingredients] to a recipe for flavor and also for the effect of mitigating lead in your body,” Gartland says. Since June of this year, 258 people have attended 24 of these special cooking classes in the farmers’ market demonstration kitchen.

Various other community groups have joined the lead-fighting effort as well. Last summer, the market hosted a program sponsored by the National Basketball Players Association (NBPA) and the non-profit FlintNOW. On the last day of school, 8,000 Flint public school children received “nutrition backpacks” containing a mini basketball, information about nutrition and lead, and three $5 gift certificates to the Flint farmers’ market. Additional funding from the Detroit Pistons matched each $5 gift certificate with another $5—bringing the total to $30 worth of free food.

The national non-profit Fair Food Network (FFN), another organization with a track record in Flint, has also stepped up its offerings to help combat lead poisoning through diet.

In 2011, the FFN introduced the Double Up Food Bucks program, which enabled low-income Flint residents receiving SNAP benefits (formerly known as food stamps) to double their healthy food budget. If a shopper spends $20 in SNAP benefits on produce at the grocery store or farmers’ market, for example, they earn another $20 in food bucks to spend on more fruits and vegetables.

“We were already in Flint doing work in farmers’ markets and grocery stores when we started hearing about the exposure that families and kids had to lead,” says FFN’s President and CEO Oran Hesterman. “Medical experts [told] us one of the only ways they know to mitigate the long-term impacts of lead exposure is to make sure that those who have had that exposure have a high nutritional level of iron and calcium.”

To build the program’s capacity to fight lead poisoning, Fair Food expanded to include milk as an eligible item and moved the program beyond the farmers’ market and a few grocery stores to additional retail outlets that sell fresh produce. (Because neither the farmers’ market vendors nor the grocery store partners offer produce grown in the city or affected areas, lead-contaminated produce is not a concern.)

Flint resident Liberty Bell uses Double Up Food Bucks at both the farmers’ market and the grocery store. “Buy one and get double back, how can you beat that?” she asks. “That extra $20 or $40 in your pocket is awesome.” She says the extra money helps to provide a healthier lifestyle for her and her young son.

Because the original Double Up program was underutilized—only 3,000 of 40,000 eligible people took advantage of it in 2015—FFN launched a targeted advertising campaign using billboards, bus signs, radio and TV commercials, and ads on social media. So far, the results have been positive. Since then, FFN reports that 4,000 people have used the program since June 2016, a 76 percent increase in enrollment compared to the same time period last year.

“It takes a lot of people to get a buzz going in a community about a program like this,” Hesterman says. “I’m not sure what it’s going to take to make [Double Up] a daily habit, but that is our goal.”

The Food Bank of Eastern Michigan, which works on increasing access to healthy food in 22 Michigan counties, including Genesse County, where Flint is located, has also gotten involved. In partnership with the Michigan Department of Public Health, the food bank operates a mobile food pantry that hauls truckloads of healthy food to Flint families.

Since March, the “Flint Nutrition Mobile Pantry,” which is supported by a $28 million state appropriation, has brought tuna, potatoes, baked beans, cereal, apples, peppers, and tomatoes to religious institutions and neighborhood centers throughout Flint. This past September, the mobile pantry made 24 stops in 20 days.

“I think this is a wonderful example of neighbor helping neighbor to provide healthy food to families to mitigate the impact of lead,” says William Kerr, president of the Food Bank of Eastern Michigan, in a statement.

Kerr promised that the Food Bank will stick with Flint over the next 10 to 15 years to work through the after effects of lead exposure to the city’s children.

Now, as the Flint water crisis fades from the political spotlight and offers of help dwindle, members of Flint’s food community continue helping families get the good food they need—now more than ever.