In Fighting Obesity, We May Need Both Taxes and Incentives | Civil Eats

In Fighting Obesity, We May Need Both Taxes and Incentives

A combined approach of incentives and restrictions on SNAP purchases improves overall diet more than either approach employed alone, a new study finds. 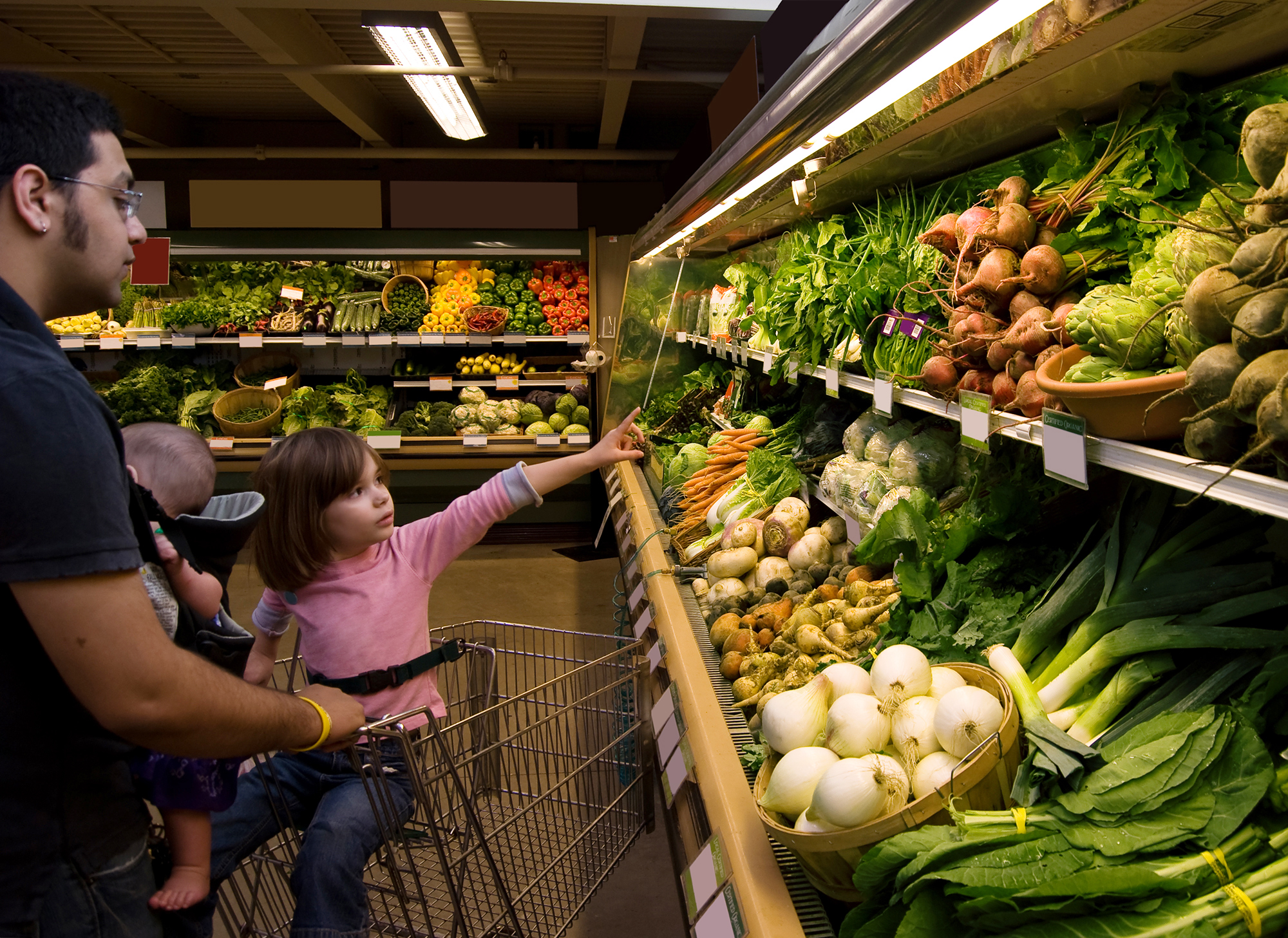 As obesity rates among low-income, food-insecure communities continue to soar, there’s a growing debate over the role of the federal Supplemental Nutrition Assistance Program (SNAP, also known as food stamps). Many question whether changing the program would encourage participants to make healthier dietary choices.

Current SNAP policy doesn’t restrict the foods people can buy at all, except to say the benefits have to be used on groceries, and not on things like alcohol, tobacco, soap, or hot foods.

Several state and city governments have petitioned the U.S. Department of Agriculture (USDA), unsuccessfully, to institute further restrictions on what can be purchased with SNAP dollars, including New York City’s high-profile attempt to make soda and other sugary drinks ineligible in 2010.

In recent years, governments and nonprofits, have focused more on incentivizing positive behaviors than restricting negative ones. Some have established financial incentives for eating fresh fruits and vegetables—for example, matching SNAP funds dollar for dollar for farmers’ market purchases. Others have increased the availability of fresh produce in neighborhoods where it’s scarce—by requiring establishments such as convenience stores to stock an expanded list of foods.

The study found “restrictions reduced calorie intake, but then it didn’t improve dietary quality—it didn’t increase fruit or vegetable intake,” said lead author Lisa Harnack, an epidemiology and community health professor at the University of Minnesota. The incentive-only approach, on the other hand, “increased fruit intake, but it didn’t affect calorie intake, so it might not be helpful for obesity prevention.”

When researchers combined restrictions and incentives, however, participants’ overall diet quality improved, Harnack continued. “The two things together are better than either one individually.”

To carry out the study, Harnack’s team identified nearly 300 adults in the Minneapolis-St. Paul metropolitan area who were eligible or close to eligible for SNAP, but not already enrolled in the program (because the researchers can’t legally intervene in how someone uses actual SNAP benefits). They gave each participant a debit card for buying food and then divided them into four groups. They loaded the debit card every four weeks with the same average benefit provided to SNAP users in the area.

They gave one group a 30-percent financial incentive for any fruits or vegetables purchased (fresh or canned were acceptable as long as they were not sweetened, though pickled vegetables and white potatoes did not count). They prohibited the second group from buying sugar-sweetened beverages, sweet baked goods, or candy using the debit card. They granted the third group both the 30-percent incentive and the sugar restriction. The fourth group, the control group, received no incentives or restrictions.

After tracking the participants’ purchases and dietary intake for 12 weeks, the researchers found the biggest improvements in the group with both the incentives and the restrictions. That group ate more fruit per day and consumed 96 fewer calories daily than the control group—a majority (64) of which were discretionary calories, i.e., they come mainly from added sugar, fat, and alcohol. The group’s Healthy Eating Index score, designed to assess how closely a person’s diet adheres to official dietary recommendations, also saw the biggest boost.

Harnack didn’t have an explanation for the decline other than to say the restrictions led to decreased calorie intake, but did not nudge people toward healthier alternative choices; it’s possible people purchased savory snacks, such as potato chips, instead, or used their own money to continue purchasing sugary foods. Meanwhile with the incentives-only group, calorie intake decreased by 28 calories, and discretionary calories increased.

Notably, none of the groups ate more vegetables. “Vegetables require some preparation,” Harnack said. “And if you don’t know how to cook with them, that might be a barrier to buying them.” She said that hurdle might be a focus in follow-up research, which could look at additional incentives for vegetables or the potential for recipes or nutrition education to alter behavior.

Marion Nestle, New York University nutrition professor and author of several books on the politics of food, is hardly surprised at the study’s findings. But she is skeptical that they will lead to any change in policy, which she suggests is what’s most needed.

“It’s quite clear that it is possible to improve the food choices of SNAP recipients with a combination of incentives and restrictions and that incentives alone don’t work,” she said in an email. “That’s too bad because federal [SNAP] law specifies the restrictions, and sugary foods aren’t on the list. Congress would need to change the law in order to make this work.”

Still, Harnack said she plans to take the research further. She and colleagues have submitted another grant to essentially repeat the study, but they would follow participants for a longer period of time and also include how children’s diets are affected by the incentives and restrictions.

Anne Palmer, program director at the Johns Hopkins Center for a Livable Future, thinks the research has the potential to change behaviors in the wider population, even if SNAP policies don’t change.

“Using incentives and restrictions to help people make healthier choices may seem paternalistic to those who don’t want to restrict,” Palmer said. “But the findings could probably be applied to any group, not just people who receive SNAP benefits. If we have to pay more to eat foods that have little nutritional value, we may think twice about those purchases.”