Does Big Ag Really Feed the World? New Data Says Not So Much | Civil Eats

Does Big Ag Really Feed the World? New Data Says Not So Much

A new study suggests that U.S. agribusiness is mainly providing processed food and animal feed to the wealthiest nations. 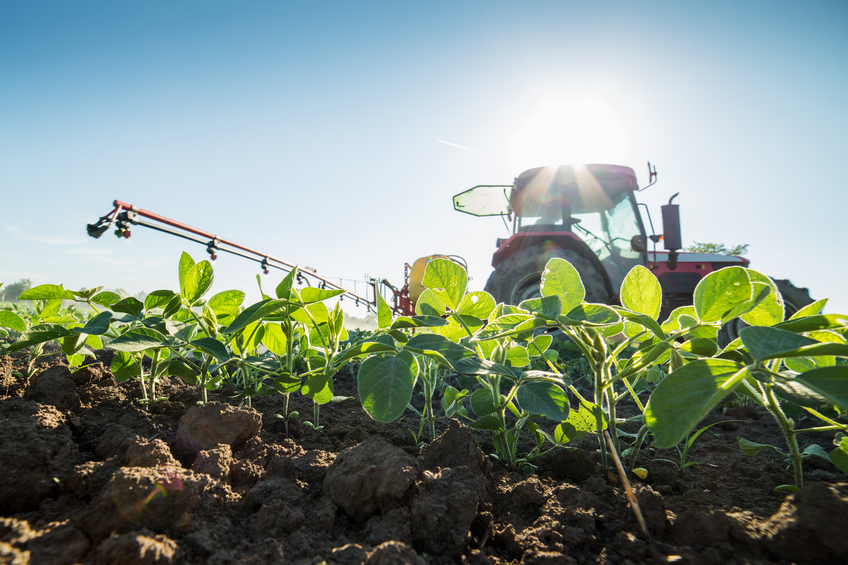 Ever since the U.N. announced that the world population is projected to exceed 9 billion by 2050 and global food production will have to more than double by that time, U.S. agricultural and agribusiness interests have been making the case that America’s farmers will have to double their production of grain and meat to “feed the world.”

Those who make this argument maintain that industrial farming—which relies heavily on biotechnology and pesticides—is the only way U.S. farmers can double production, while organic and other agroecological methods will only put countless people at risk of hunger and malnutrition.

But new data compiled by Environmental Working Group (EWG) makes it clear that we’re not really feeding the parts of the world that need it. In reality, most agricultural exports from the U.S. go to countries whose citizens can afford to pay for them. Our top five export destinations are Canada, China, Mexico, the European Union, and Japan—all countries with “high” or “very high” UN development scores and “very low” or “moderately low” Food and Agriculture Organization hunger scores. 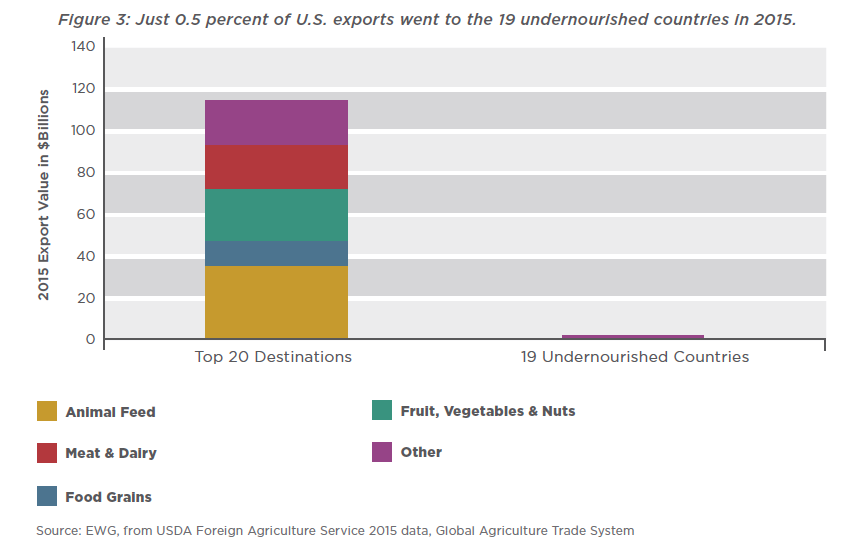 Haiti and Yemen together accounted for 63 percent of all U.S. agricultural exports to the 19 hungriest countries in 2015. The rest of the exports to undernourished countries were small and evenly distributed.

While some of the countries among U.S. top export destinations—China, Indonesia, India, and Mexico—do struggle with malnutrition resulting from a combination of undernourishment and obesity, the numbers indicate that obesity is the bigger problem for these countries (in part due to the fact that the U.S. has exported its food culture to these places at such a breakneck speed).

The Institute says malnutrition is a problem in these countries because of “growing inequality in wealth and education,” “a surge in urbanization, and associated dietary shifts from cereals toward sugary, salty, and fatty foods,” and “domestic food security programs that do not target the neediest or focus on nutrition.”

In other words, U.S. agricultural exports to these countries don’t appear to be solving the problems associated with malnutrition, and they may actually be contributing to the obesity epidemics these countries are facing.

Another point the EWG report makes is that most of what we’re exporting isn’t directly nourishing people—it’s being fed to livestock. In 2015, animal feed contributed 40 percent ($39 billion) of the total value of the top 25 U.S. agricultural exports. And, throughout the 2006-2015 decade, on average, 41 percent of the total value came from animal feed. 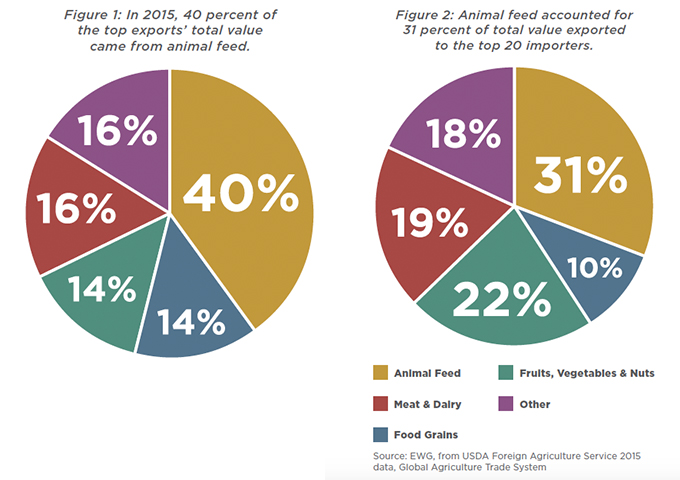 The meat, dairy, and animal feed categories accounted for 50 percent of the value for all exports to the top 20 destinations in 2015. According to the report’s authors, “Half of the total export value was earned by products that help people in wealthier countries eat more meat”—a shift that is especially taxing on the world’s resources, and therefore our ability to feed ourselves.

The authors of the report say “to claim that U.S. farmers and agribusinesses must go all-out to feed the world—regardless of the consequences to human health and the environment—amounts to wrapping a business opportunity in the cloak of moral necessity.” And this “moral imperative” to feed the world also serves as a rationale for maintaining the status quo in U.S. farm policy.

EWG acknowledges that increasing food supplies in undernourished countries would help reduce hunger, but asserts that improving access to food through infrastructure is also important. Other ways to improve undernourishment and improve poverty include increased economic growth, increased income for women and the poor, better education and training in health and nutrition, and resolving or avoiding wars and conflicts.

In short, the most important thing the U.S. can do to help combat global hunger and poverty is to help farmers in the hungriest countries produce enough of their own food while earning a living wage—a far cry from what we’re doing now.