The Wild and Native Foods We Should Be Eating | Civil Eats

The Wild and Native Foods We Should Be Eating

These often overlooked fruits and veggies are both packed with nutrients and indigenous to the U.S. and Canada. 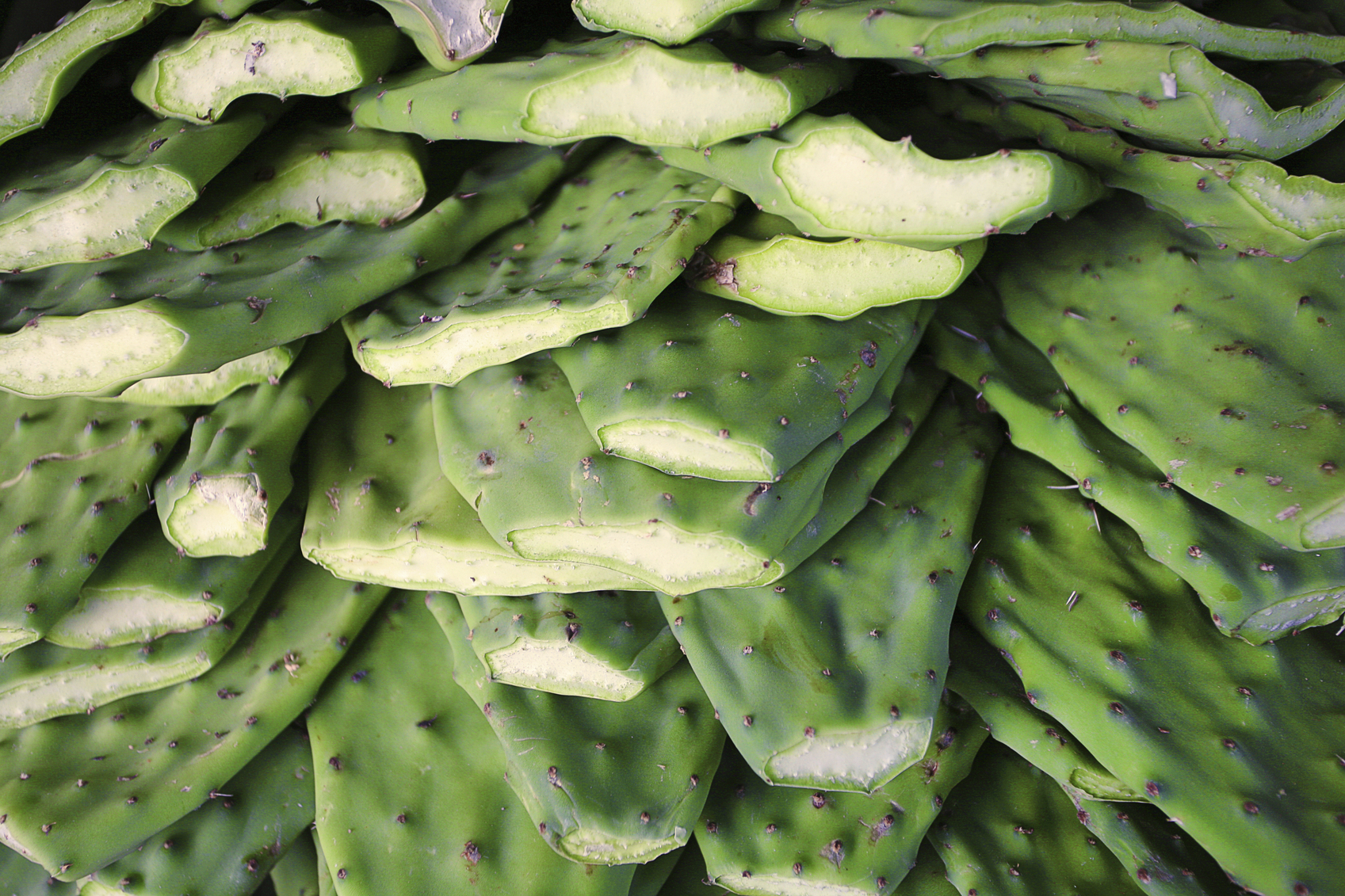 In the United States, kale has skyrocketed in popularity in recent years as consumers have discovered they enjoy the nutrient-dense green in many forms—stir-fried, in salads, in smoothies, even baked or fried into chips. Alain Cuerrier, botanist and adjunct professor in the University of Montreal’s biological sciences department, says we in the U.S. and Canada live among an under-tapped wealth of nutrients. Although kale is currently enjoying the spotlight, many other rock-star fruits and veggies—which are bursting with nutrients and, unlike kale, are native to this continent—deserve attention as well.

Following the lead of some local populations around the world that are awakening to indigenous fruits and vegetables, we wanted to explore some foods native to the Americas that also have a nutritional bounty to offer.

Some of the most nutritious and accessible greens that call the U.S. home are actually treated as weeds. 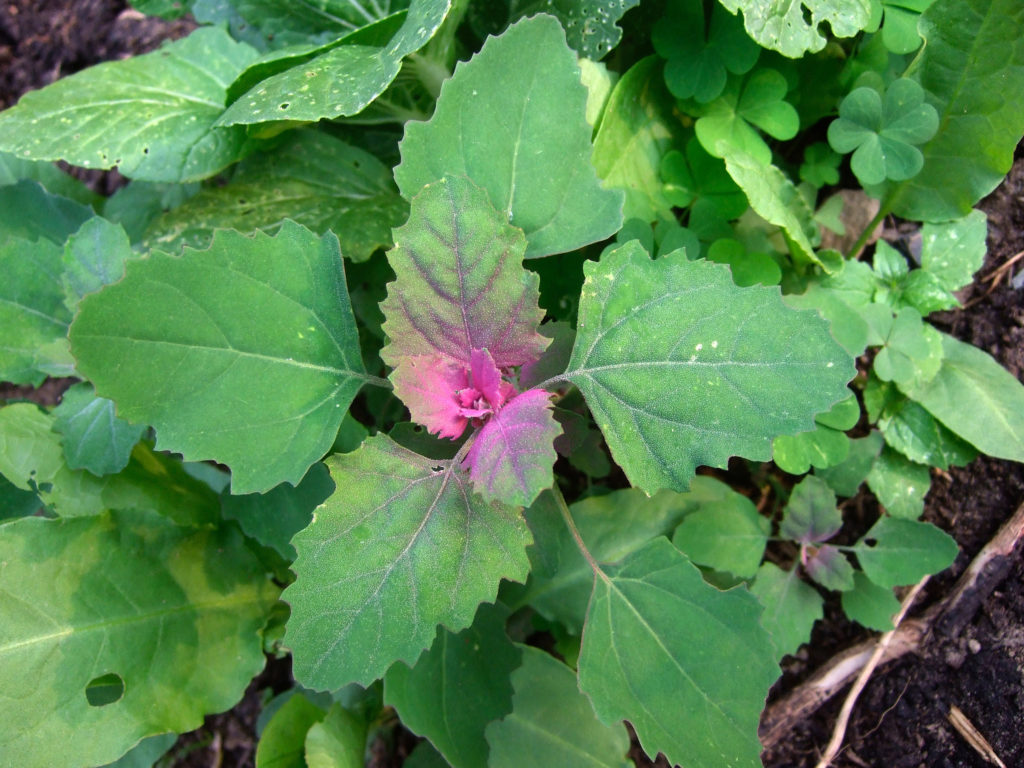 Google “lambsquarters,” and you’ll turn up weed-fighting resources from agricultural extension programs around the country. But this small-leafed green is actually rich in calcium, folate, manganese, vitamin K, and even protein, as well as health-boosting compounds like beta carotene and lutein. Though long regarded as a weed by the majority of U.S. residents (it’s a traditional food for many Native American communities), the plant is starting to make an appearance on dinner plates around the country. Raw, it’s similar to raw baby kale or a chewier spinach, but you can also boil or fry it. As it can grow in or adapt to most environments, farmers from New York to Colorado pick the green from around their farms and bring it to sell at their area farmers’ markets. 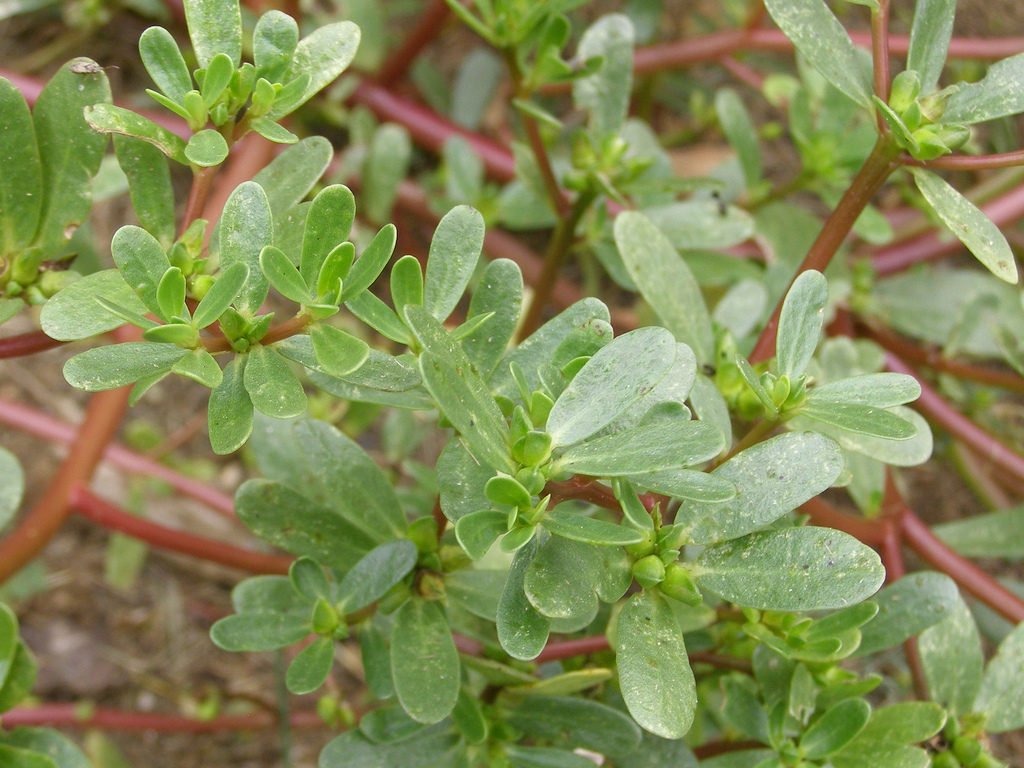 It’s a weed that gardeners everywhere know all too well. Because it thrives even in poor soils, it can be found in almost any part of the U.S. Despite its pervasiveness, it’s actually one of the best plant sources of omega-3 fatty acids, alpha-linolenic acid, and several antioxidants, including beta carotene, alpha-tocopherol, and glutathione. Its flavor is part cucumber, part lemon, part question mark, and it has a crunchy, almost refreshing (or inedible, depending who you ask) texture. You can eat it raw—on a salad, for example—or as a cooked vegetable. 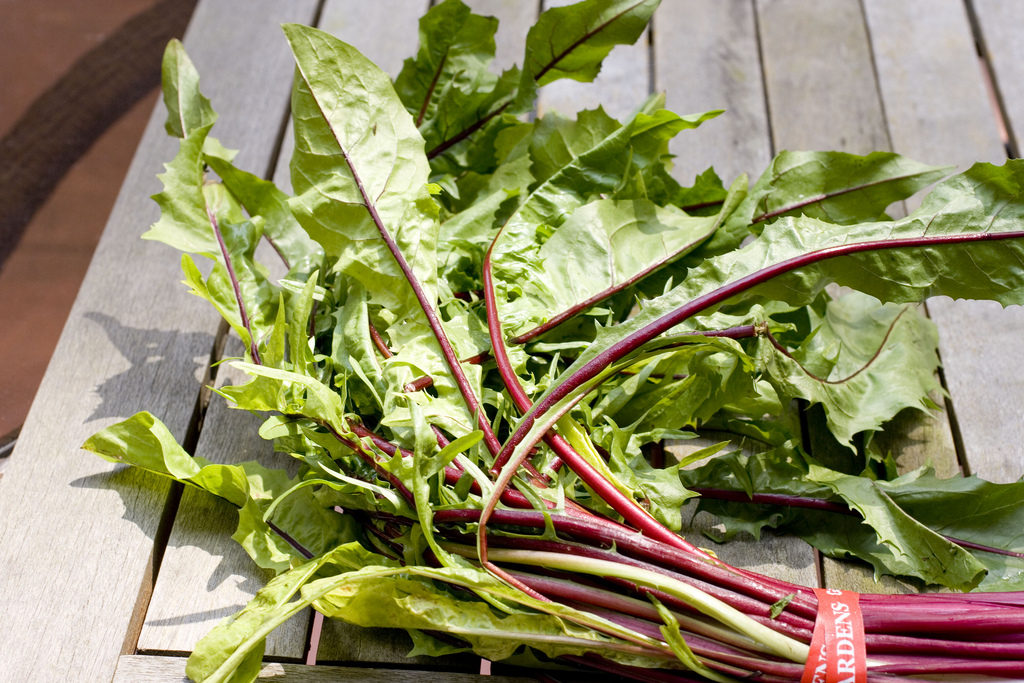 These bitter greens are packed with calcium, iron, and vitamins A, K, and E, as well as lutein, a carotenoid believed to help protect the eye from cataracts and macular degeneration, and zeaxanthin. They also provide anti-inflammatory effects in the body. Bonus: the bitter flavor profile is itself said to have inherent health benefits. 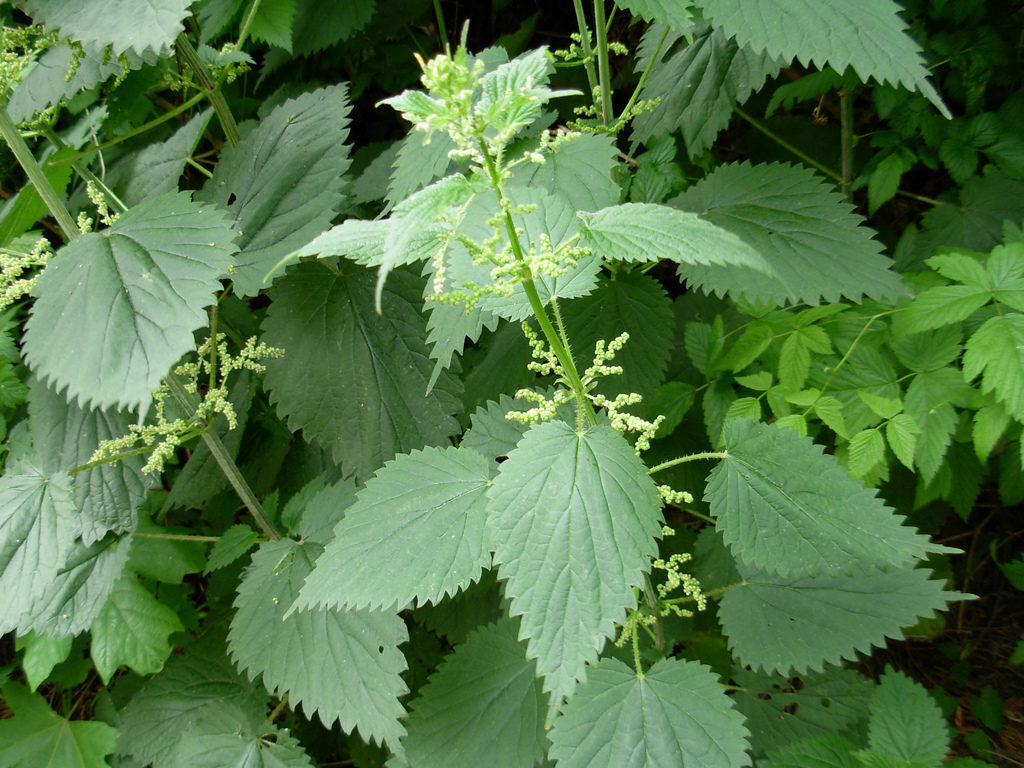 Common throughout North America, often as an understory plant in moist, wooded areas, these guys are a good source of iron, potassium, manganese, calcium, folate, and vitamins A and C. They are also rich in beta carotene and lutein, a carotenoid believed to help protect the eye from cataracts and macular degeneration, as well as have some heart health benefits.

True to their name, stinging nettles have fine hairs on their leaves and stems that release irritating chemicals when they come in contact with the skin. While the plant requires some care when harvesting, boiling the nettles takes the sting away. They can be turned into tea (probably the most common way they’re consumed) as well as soup, pesto, and other springtime dishes. 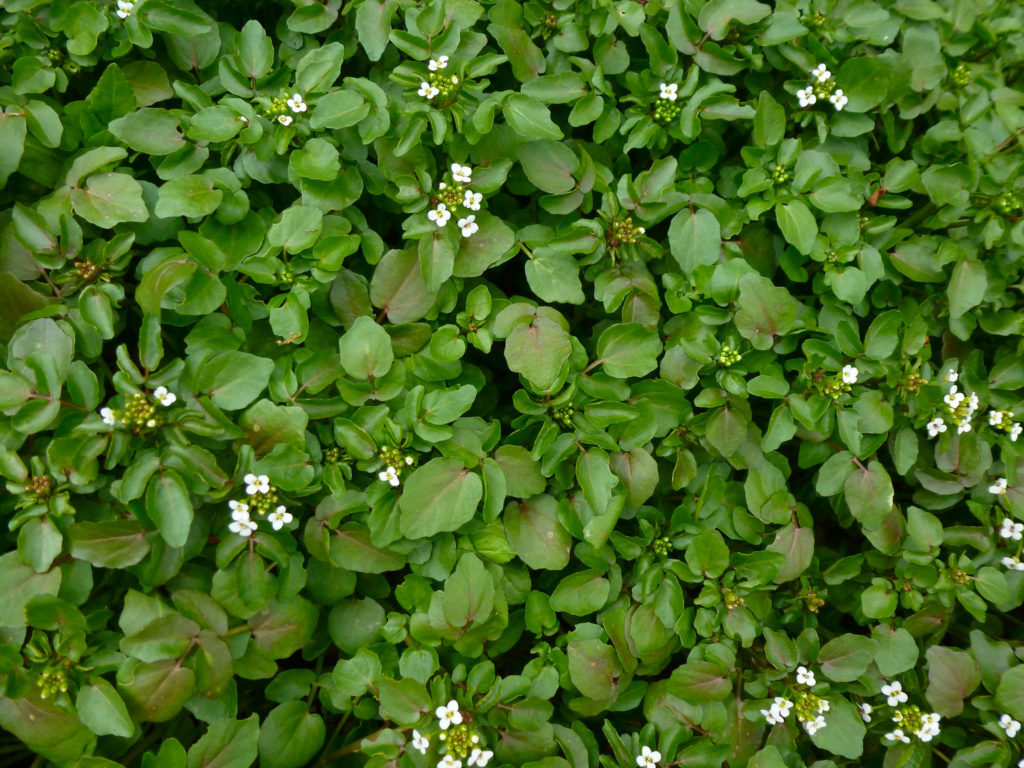 We’re cheating here. Watercress is actually native to Europe—and was supposedly popular with Hippocrates, the Greek physician often (if incorrectly) credited with the quote, “Let food be thy medicine and medicine be thy food.” But watercress has been in North America long enough to be regarded as a traditional food in some Native American communities and now grows in almost every state.

Bursting with vitamin C, this overlooked green is a good source of calcium and vitamins E and K and is rich in glucosinolates, or compounds that activate cell defenses against certain cancers. “Watercress—that’s a very, very nutrient-dense food when it comes to bioactive [compounds],” said Pamela Pehrsson, researcher at the USDA’s Agricultural Research Service, who co-authored a 2014 study on the nutrient composition of Native American plant foods. A member of the mustard family, watercress is commonly eaten as a salad green, but it is also used as a garnish for its slightly spicy, peppery flavor. 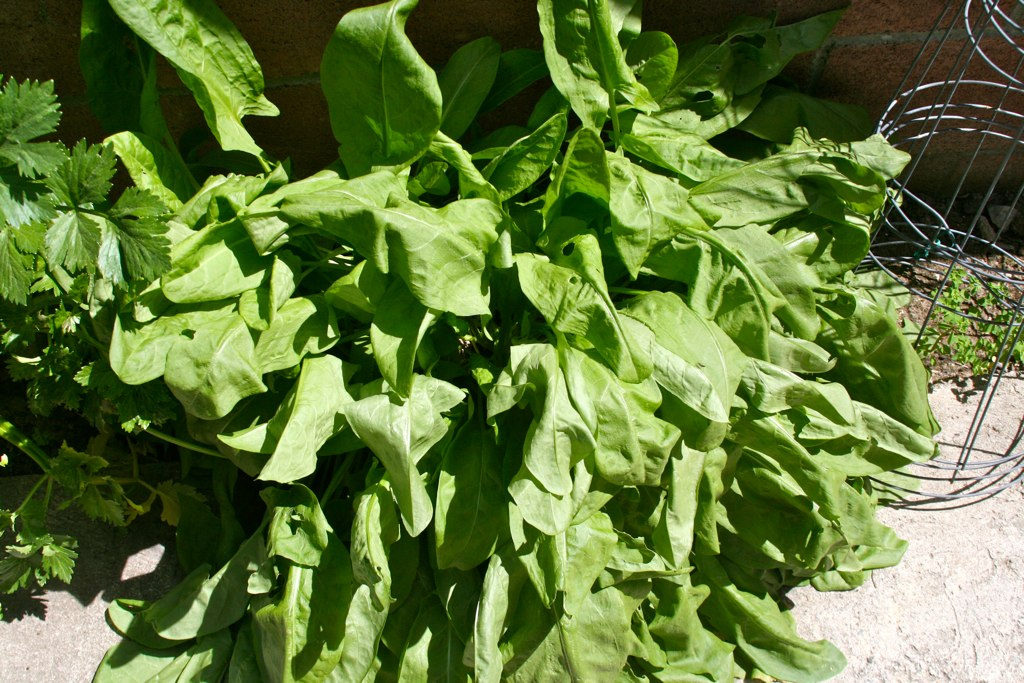 This sour-tasting green is a staple at some farmers’ markets. It offers up iron, phosphorus, vitamin C, and some B vitamins, and is usually found either mixed into salads to add a bright, astringent flavor to the greens, or blended into a sauce to accent the main dish. 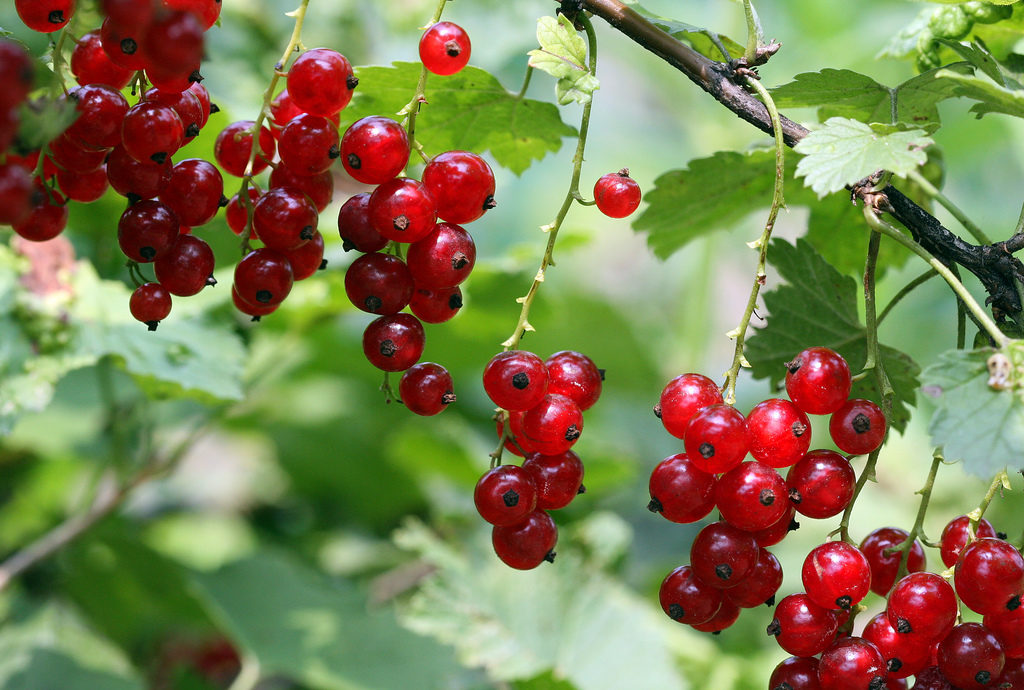 Some currants, which share a genus with gooseberries, are native to North America, and almost all provide a major boost to health. Blackcurrants may be the most popular, but the red ones are worth another look. “The red berries have much value in terms of antioxidants and also anthocyanins, and inflammatory problems,” said Cuerrier. Even if they do make it onto a plate, he says, they often end up passed over as garnish. “[Some restaurants will] put it on top of a cake,” Cuerrier says. “Usually people will leave them aside because they’re quite acidic and astringent, but they’re pretty good for health.” 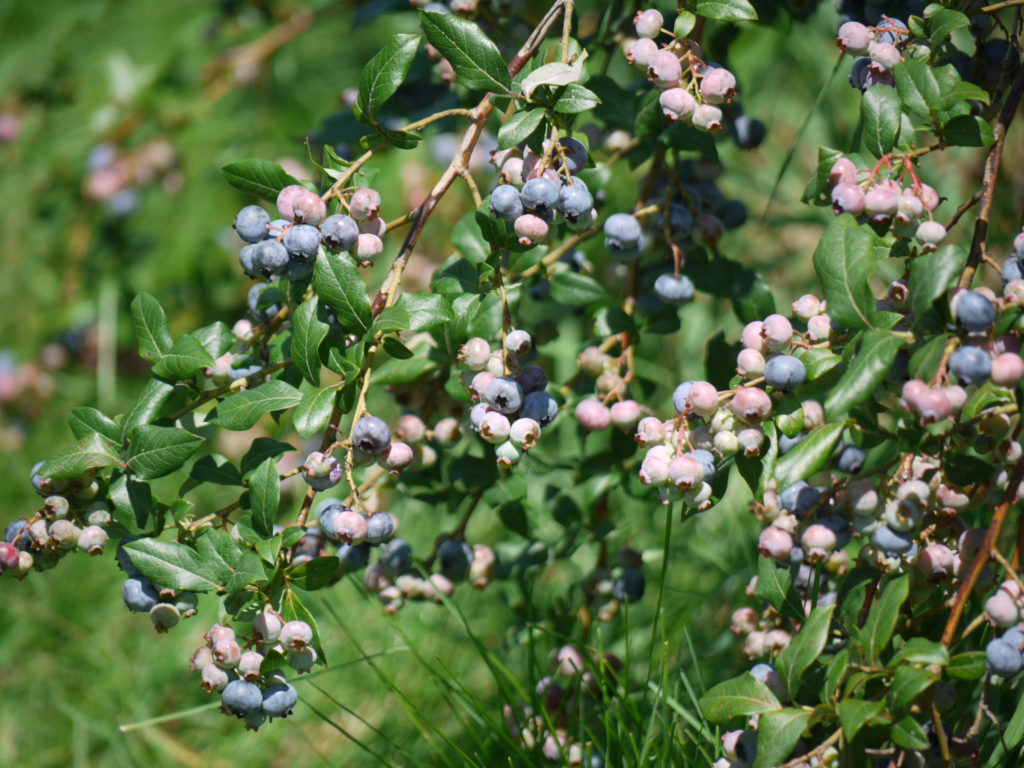 Unless you’ve been living under a rock for years, you’ve probably heard about the health benefits of blueberries, which include decreasing eaters’ risk of obesity, diabetes, and heart disease. What’s less known, Cuerrier says, is that the twigs, roots, and leaves of a blueberry plant, which is native to eastern and north-central North America, are also good for health. They can be made into a tea, he says, adding: “They’re more potent than the fruit itself.” 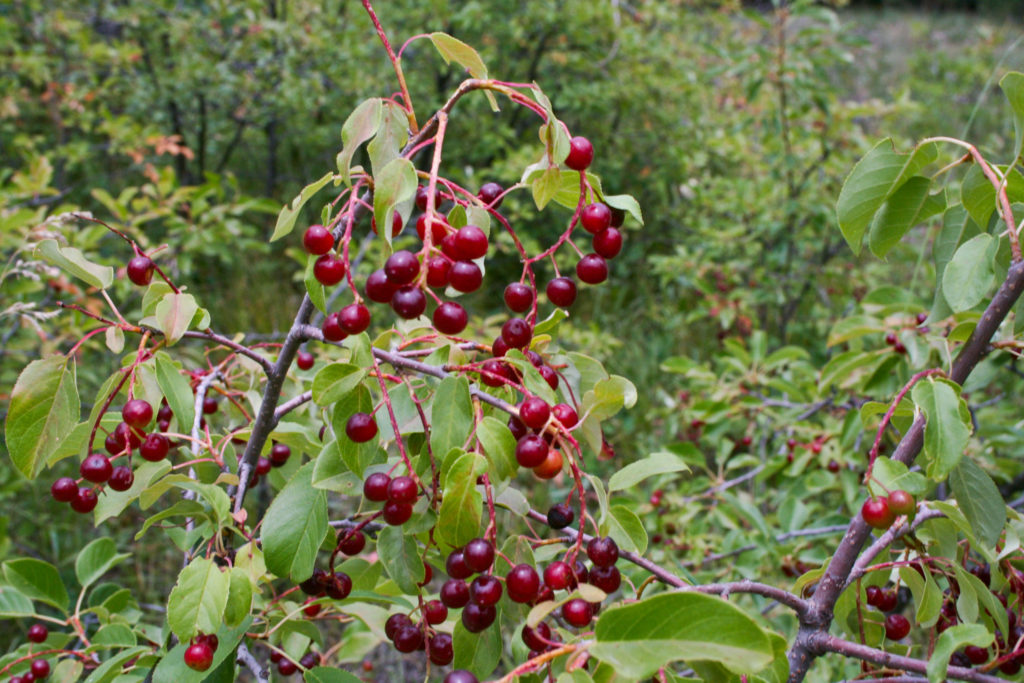 Native to much of North America, particularly higher-elevation areas, chokecherries have been used by some tribes in cooking as well as for some medicinal purposes. Today, they are primarily used to make jams, juice, and syrup, according to the USDA. Pehrsson’s study also showed that fruits that have a more astringent and bitter taste than most berries are rich in vitamins K and B6, riboflavin, pantothenic acid, and the antioxidants beta-cryptoxanthin, lutein, and zeaxanthin. 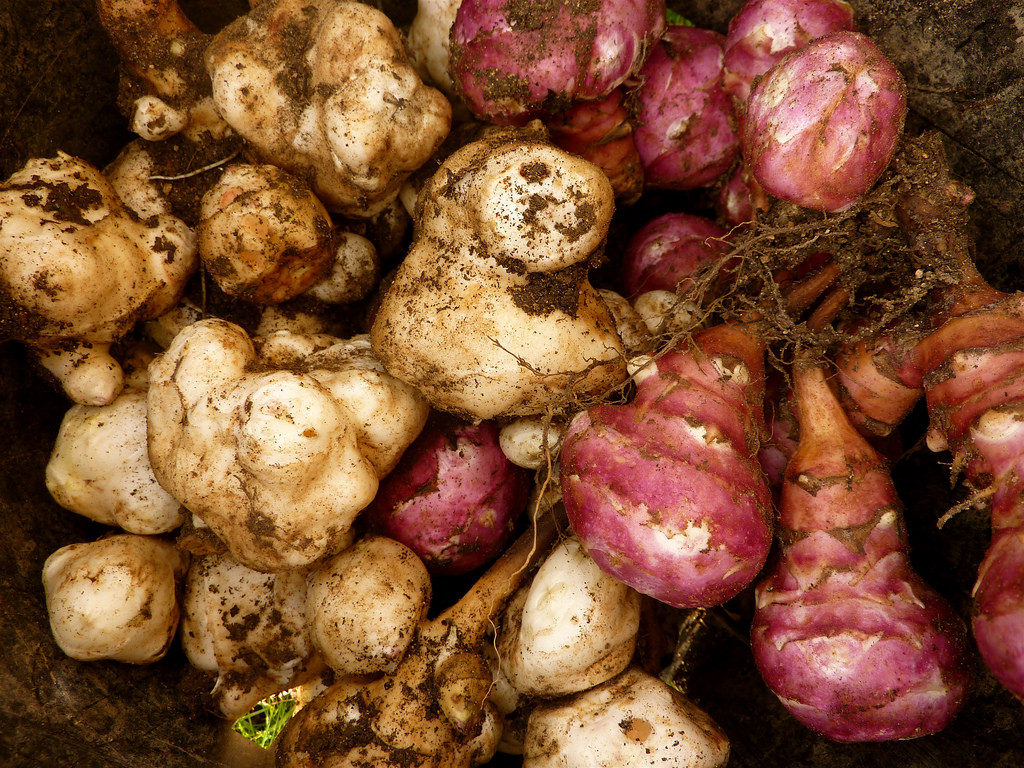 Native to eastern North America and also known as sunchokes, these starchy tubers boast iron, potassium, phosphorous, magnesium, and some B vitamins including thiamin, niacin, and riboflavin. Sunchokes have a slightly nutty flavor and may be best when they’re simply roasted, but they show up in other recipes as well and, for the Paleo crowd, as fries. 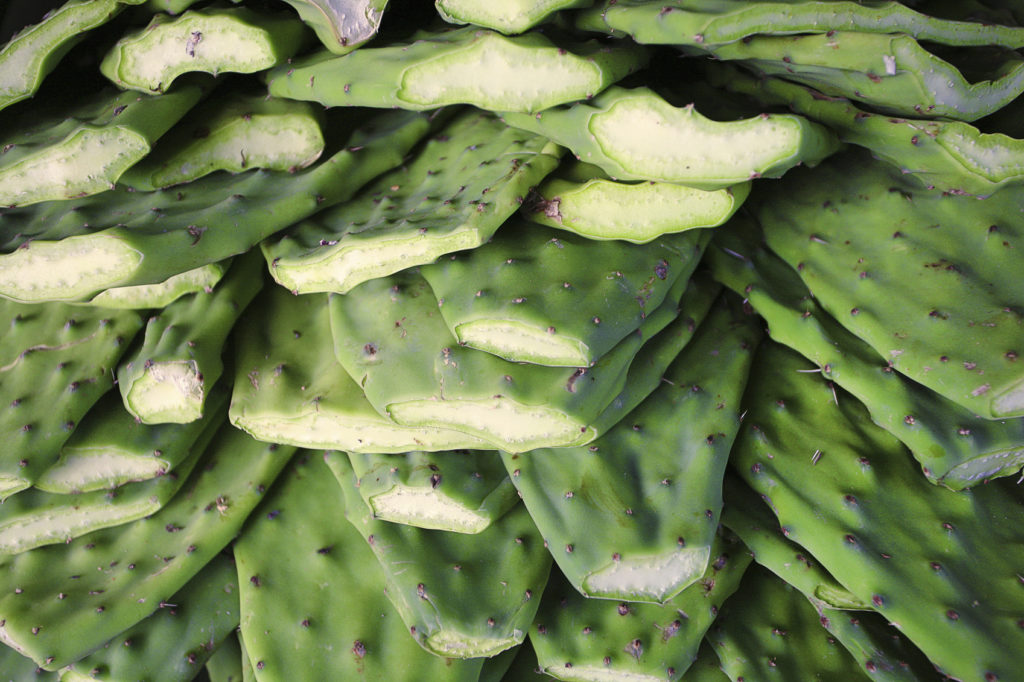 Prickly pear cactus grows in the southwestern U.S. and is rich in calcium, magnesium, folate, and vitamins A, C, and K, as well as betalain compounds, which may protect some blood cells from damage by free radicals.

While Cuerrier says there are probably a lot of foods native to this region that go unnoticed or under-appreciated, he also laments the lack of research on this topic—we don’t really know what we’re missing out on.

For the time being, he offers two key takeaways for taking better advantage of North America’s native abundance. First, we could be taking much better advantage of the berries available to us. Almost universally packed with nutrients and health-boosting compounds, berries can also fit easily into a daily routine.

He points to Scandinavia as a model, where berries seem to be prized and ubiquitous on breakfast tables, at a minimum in the form of jam or jelly. “If you were to interview people in the U.S., how many buy jam made of small berries from locally harvested sources? Not that many,” he says.

Cuerrier also observes that restaurants have started to “rediscover” many of these overlooked native foods. Sorrel, for example, has been popping up on menus at high-end restaurants, and he’s noticed chefs turning to local plants, rather than—or at least in addition to—conventional sources like pepper, to provide spices in their cooking. Sean Sherman, an Oglala Lakota chef, has seen growing interest in his catering company, The Sioux Chef, which focuses on “revitalizing indigenous food systems in a modern culinary context.”

When you’re strolling about town or at your next farmers’ market, keep an eye out for mysterious-looking vegetables, and when you dine at restaurants that source local foods, scan the menu for names you don’t know—and then ask about them. As these native foods begin showing up on more menus and market tables around the U.S. and Canada, there are fewer and fewer excuses not to try them.