At least 22 cities, from Baltimore to Denver, have created leadership roles for change-makers focused on food. 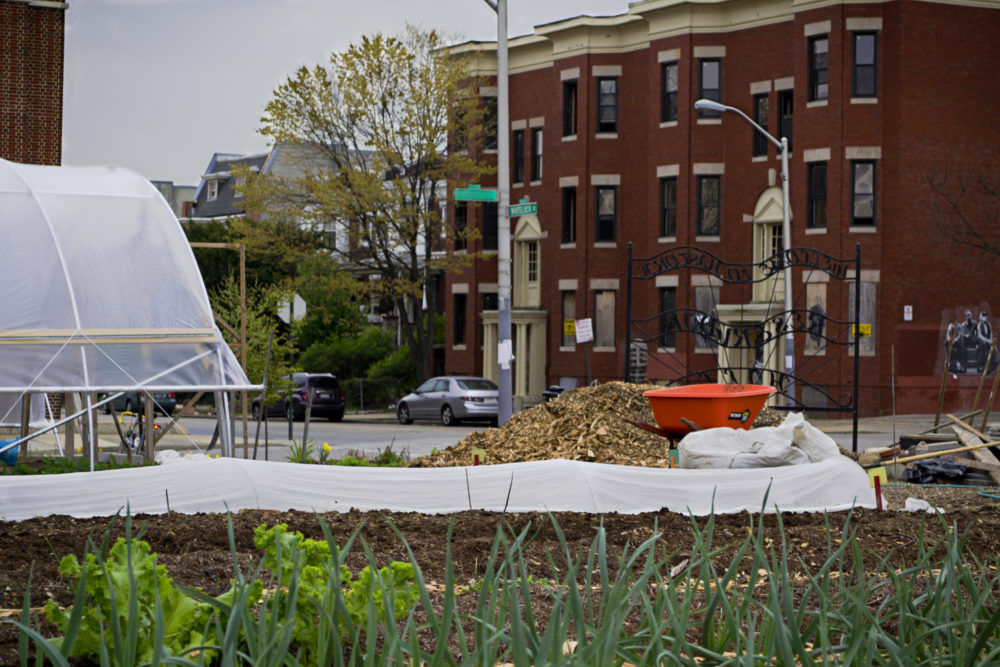 Standing at the front of a dimly-lit room inside the National Western Stock Show, a sprawling complex on the north end of Denver, Blake Angelo, the city’s food systems development manager, invited a roundtable audience to speak up about the changes they want to see in their neighborhoods with regard to food. The room was filled with residents of nearby neighborhoods that are predominantly Hispanic, low-income, and where fresh food is hard to come by, and the opinions ranged from support for local entrepreneurs to rejecting big-box stores as the solution to their food desert problem.


Citywide, one in six people is food-insecure, but as in other cities, some communities face more acute challenges than others. Nearly half (49 percent) of the low- to moderate-income Denver neighborhoods lack convenient access to grocery stores. In the larger metro region, about five percent of the population is low-income and has little access to healthy food within a mile from home; in Elyria-Swansea, one of the nearby neighborhoods, that number jumps to 70 percent.

This particular meeting was part of Local Foods, Local Places, a national initiative, but Angelo, Denver’s first food systems manager, had held similar community “listening sessions” all through the spring in neighborhoods around the city. Community residents were invited to propose ways to bring more healthy food to their neighborhoods, and those ideas will eventually help shape the first-ever Denver Food Plan. 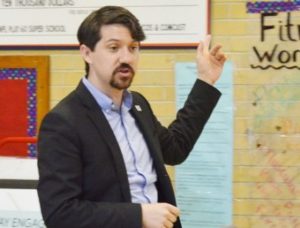 The plan is one of the first major milestones for Angelo’s office, and marks the first comprehensive effort undertaken by the city to study, and dedicate efforts to improve, the local food system.

“Cities have not always taken an active stance in really developing a robust food economy,” Angelo said in a small conference room in the Office of Economic Development, where his office is based. “It came out really clearly in a lot of our community discussions, that the city may be the only or certainly the best actor in creating an environment that supports the community’s vision for its food future.”

The very existence of Angelo’s position, created less than two years ago, also points to a national trend. A growing list of cities have established an office within local government dedicated to food, much like they have departments for transportation and education—if smaller in size.

Until recently, the many disparate elements of the food system—from production to land prices, to local distribution challenges, to zoning hurdles for retailers—have often been viewed in isolation. But as more of these positions appear, it may be a sign that cities are beginning to see food in a new holistic light.

The specifics of the food policy positions vary from city to city, with most focused on (and housed in the office of) sustainability or health, while others, as in Denver, are using food as a tool for economic development, and vice versa. The underlying force, though, is the same: Cities are recognizing the chronic health and economic challenges that persist in communities with little access to healthy food, and the fact that local government can play a role in improving the food environment—through policy that impacts everything from land use to transit.

According to Michael Dimock, president of Roots of Change, a California nonprofit that works on democratizing food policy, designating a person within city government to coordinate food policy is “an indicator of prioritization.” It gets at what he calls “the key issue of our time: How do we make food systems a higher priority in the policy realm?”

That was a question Baltimore decided to tackle when it hired Holly Freishtat in 2010 as one of the first food policy directors in the country. Since then, Baltimore has worked to establish a personal property tax credit for supermarkets to open in neighborhoods deemed “food deserts”; increased the amount of healthy food sold at corner stores and the city’s public markets; changed zoning to allow more agricultural uses and created a property tax credit for urban farms; and partnered with ShopRite to allow for online grocery ordering and delivery to seniors, the disabled, and public housing.

This last program is a unique effort, known as the Virtual Supermarket, which worked with ShopRite to accept Supplemental Nutrition Assistance Program (SNAP) payment (or “food stamps”) upon delivery. (SNAP can’t otherwise be used to pay for online transactions—yet.) Last year, Baltimore also released its second food environment map, in partnership with Johns Hopkins’ Center for a Livable Future, to help inform its various efforts and strategies. 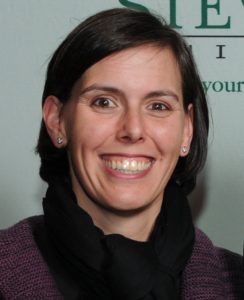 Freishtat is now part of a team with five full-time staff that straddles three city agencies. She’s also active in the U.S. Conference of Mayors, which established a Task Force on Food Policy in 2012, “as a vehicle to recognize the leadership role mayors are taking in developing strategies related to reducing obesity, increasing access to healthy, affordable food in low-income communities, increasing local food procurement in cities, as well as other strategies for promoting food-related economic development—from food trucks to small business incubators.”

The U.S. Conference of Mayors has encouraged cities to create food policy positions since it created the task force, which doesn’t have formal membership, but now has about 22 cities engaged in its monthly calls, including Austin, Louisville, and Seattle. What each city does as a result of that office looks different—but they often start with some kind of citywide map or plan, in order to ensure that the director’s efforts are going to meet the city’s most pressing needs.

In Minneapolis, Tamara Downs Schwei, the local food policy coordinator, has worked to get more support for and started tracking metrics across farmers’ markets, reduce the fees and permits required for food trucks operating at those markets, among other things. In Austin, the Sustainable Food Policy Manager Edwin Marty is focused in part on working with local restaurants, businesses, and neighborhoods to start implementing the organic waste diversion goals laid out in the city’s Universal Recycling Ordinance.

In New York City, Food Policy Director Barbara Turk has focused on nutrition education, increasing food security, and has helped overhaul its institutional purchasing plan, calling on the city to buy more locally-sourced food. New York also now claims to be the first major U.S. city to set nutrition standards for all foods it buys and or serves.

For Turk, buying local, healthier food not only benefits New Yorkers, but because of the city’s size—and the compound effect with other cities making similar changes—it can also have a ripple effect on other customers buying from the same suppliers.

“This is a big, big lever that all cities have, and New York City in particular has an especially large spend. We buy something on the order of 250 million meals and snacks every year, which is an extraordinary amount of food,” she said. “If we can use our power to leverage changes in the food system because we are a very large consumer as a city, that is a good tool.”

And while food policy directors around the country work on challenges specific to their cities, the issues end up being strikingly similar. Denver’s Angelo noticed this early on when he looked at a dozen or so other cities’ food plans and noticed they were more similar than different—and then used what he’d learned to produce a list of potential strategies that might work for Denver. Freishtat has observed the same pattern, six years into her role. “We’re all working on the same issues,” she says. “It’s just the scale and details will vary.”

For this reason, food policy managers sometimes collaborate or share ideas; Freishtat said that the Virtual Supermarket program sparked a conversation with other directors, who are now collaborating to help SNAP users shop for food online. But, she emphasizes, the primary value of her office really lies in the policy changes she can bring to Baltimore.

“If you look at the last 30-40 years, there wasn’t a lot of food policy being written,” she said. Now, with the surge in offices like hers, “there’s more specific food policies, whether it’s in urban agriculture or local food procurement or supermarkets in food deserts areas. Having someone on the inside to help move these issues has been really effective.”