Harnessing the Generosity of Farmers

In Oregon, Farmers Ending Hunger works with growers to get fresh produce to those who need it most. 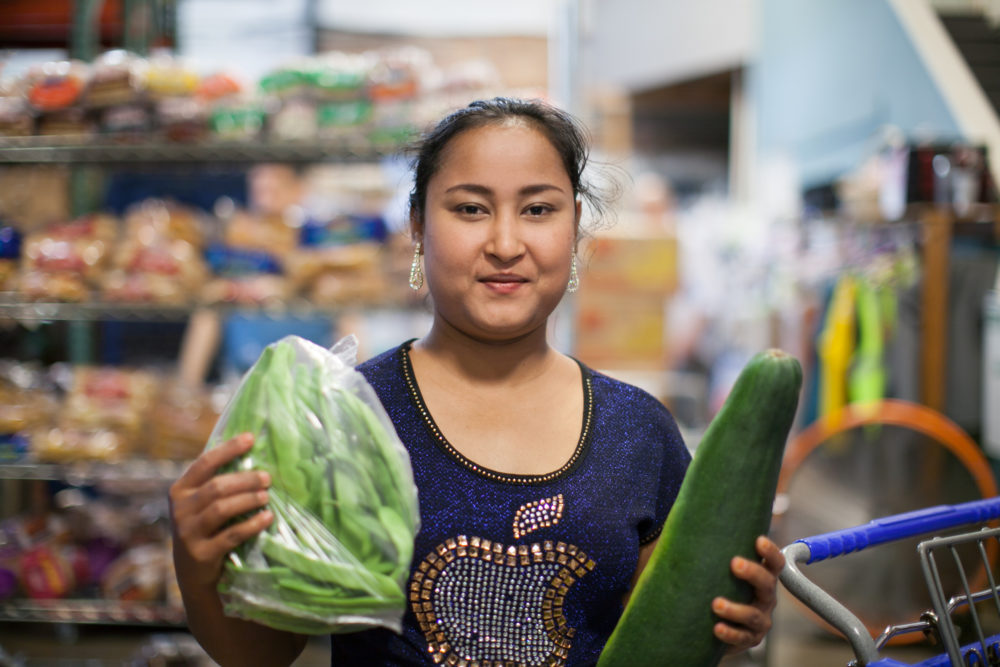 It’s 10:00 a.m. on a Thursday morning in late July, and 15 families are lined up outside SnowCap Community Charities in the Rockwood neighborhood of Portland, Oregon. Many have been waiting for over an hour in hopes that they’ll get first dibs at this food pantry, which is the largest in the state, serving over 9,000 people a month. The old model was that food pantries gave clients a pre-packed box of food. But SnowCap, like an increasing number of food pantries across the U.S., allows clients to “shop” or choose for themselves what they want to eat. There are limitations on some items, and generally speaking, the earlier they arrive, the better the pickings.

Another reason clients arrive early is SnowCap’s impressive assortment of seasonal produce from local farms. Amongst the offerings on display today are enormous green zucchinis, pattypan squash, purple turnips, greenbeans, lettuce, mushrooms, onions, and cherries from a farm in the Columbia River Gorge. There are also huge bags of frozen diced carrots, with or without corn.

A willowy 33-year-old woman named Erin takes a five-pound clamshell container of luscious-looking cherries and tells me she has been a regular at SnowCap for a year. “I cook a lot,” she says. “I make an ‘end of the week soup’ using up whatever is left in the fridge.” She especially loves the squash, radishes, and tomatoes, when they’re available. What will she do with the cherries? “Eat them immediately!”

Mona, a thirty-something woman from Egypt, has loaded her cart with apples, cherries, and purple turnips. She spurns the zucchini and the summer squash—“I don’t like these!” she says, wrinkling her nose—but loads up on purple turnips, which she likes to pickle. “My children love them!” she says. Claw, a Burmese woman wearing dangly silver earrings and a sequined T-shirt, says she likes to fry up vegetables with onions and chiles and make a Pad Thai.

The bulk of the fresh produce at SnowCap comes from Farmers Ending Hunger, a group of 100-plus farmers across the state who donate a portion of their crops. “Growers get the idea of feeding hungry people,” says executive director John Burt. “They get that and they step up.”

Like other organizations that have been popping up around the country—from Farm to Food Pantry in Washington state to Michigan Agricultural Surplus Program—Farmers Ending Hunger aims to recover the imperfect or “ugly” produce for which farmers can’t get top dollar. However, instead of purchasing produce, Farmers Ending Hunger asks farmers to make a donation. The organization was founded in 2006 by agricultural engineer and president of IRZ Consulting, Fred Ziari, when he learned that Oregon was one of the hungriest states in America. (Ten years later, it still clocks in at Number 10 in the USDA’s ranking of least food-secure states.)

At the time, Ziari, who lives in the farm belt on the eastern side of Oregon, began having conversations with nearby farmers and ranchers, asking them if they’d donate some of their crops to the hungry. What started with 173,000 pounds of frozen peas from a handful of growers has blossomed into an organization that donated 4.2 million pounds of farm-fresh food to the Oregon Food Bank last year. Two million pounds were potatoes and 1 million was onions, but the remainder was comprised of a huge variety of fresh fruits, vegetables, local wheat, and even hamburger meat from an eastern Oregon ranch. 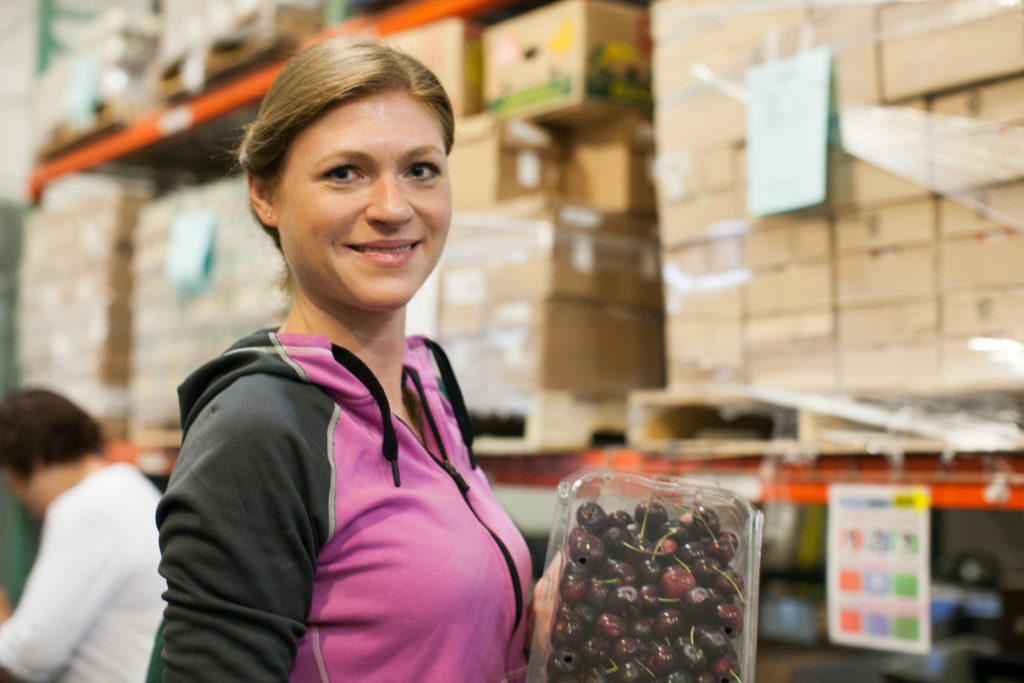 Growers range in size from a philanthropist in Hood River who has a two-acre pear orchard to Orchard View Cherries (the source of the cherries at SnowCap, and a 4th generation family-owned orchard), which grows fruit on 2,400 acres in and around The Dalles.

In many states, farmers find it cheaper to leave fruit in the field rather than pay for labor and transport costs. In Oregon, according to Burt, the vast majority of farms giving to Farmers Ending Hunger give produce that would otherwise be sold for good money.

“We try to generate stuff right out of harvest,” says Burt. “It comes right out of the line—no different than what you buy in the store.” So farms are, in effect, donating product as well as labor. But Farmers Ending Hunger makes it easy for farmers to say “yes,” because they often provide transport (via the Oregon Food Bank or OFB), packaging, and sometimes even volunteer labor.

During harvest, an OFB truck arrives at Orchard View Cherry once a week, delivering the cherries to the central warehouse in NE Portland within two hours. There, OFB volunteers pack the cherries into plastic clamshells (purchased by Farmers Ending Hunger), stack them into cardboard totes which are then sent out to a network of 21 regional food banks throughout the state. (From there, they may be delivered to smaller school or church pantries in each community.)

“Without these materials, it would have been very difficult to deliver the product to the RFBs and agencies in a client-friendly pack size, without damaging the cherries,” explains Katie Pearmine, the Strategic Sourcing Manager at the Oregon Food Bank. “Food banks don’t typically have budget for this type of material, so this is actually what made it work.” The whole delivery process takes about 24 hours, from farm to food bank. The same routine happens with other perishable crops across the state.

All-told, Orchard View Cherry donated 85,000 pounds of hand-picked fruit to Farmers Ending Hunger this summer. But Bailey wouldn’t have done it without the urging of executive director John Burt. “We get so wrapped up in our harvest and activities,” says Bailey. In addition to buying the plastic clamshell containers, Farmers Ending Hunger makes it easy for farmers by filling out the paperwork and (via its relationship with the OFB) handling distribution. The farm also gets an Oregon state tax credit of 15 percent of the value of the fruit donated. (Labor costs are not factored into tax credit.) Farmers who donate can also get a federal deduction on their taxes.

“You ask a farmer to donate and they are like, ‘I don’t have access to cash.’ And then you say, ‘Where do you have excess in your food stream?’ or ‘What can you do that can help people in poverty the most?’ Those are the questions that Jon Burt asks farmers.”