Why This Food Bank is Turning Away Junk Food | Civil Eats

Why This Food Bank is Turning Away Junk Food 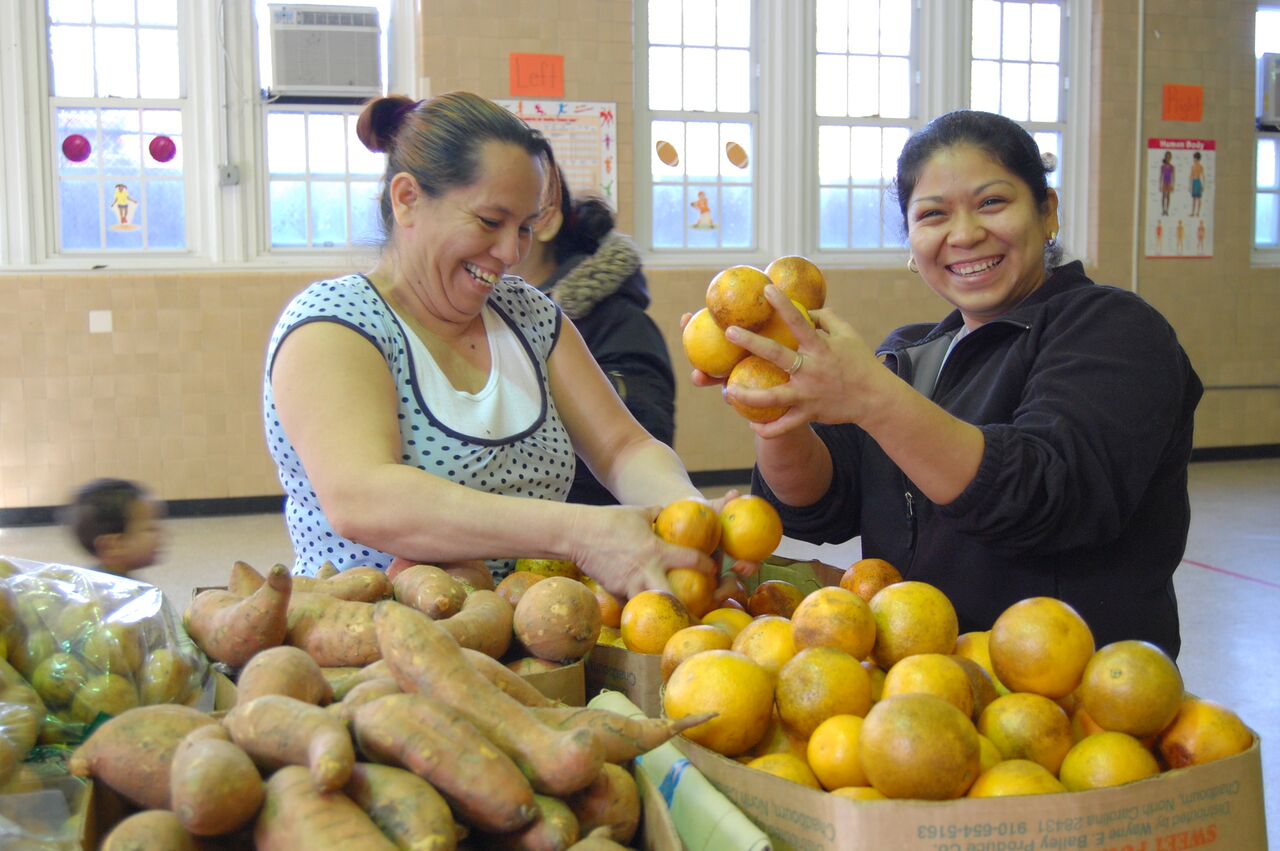 The largest hunger-fighting organization in the nation’s capital has put food-donating retailers on notice: no more candy, sugary sodas, or sheet cakes. As key as donations are to the nonprofit’s bottom line, the Capital Area Food Bank recently told retailers that, beginning this fall, it won’t accept free food that comes at a cost to recipients—many of whom struggle with obesity and diabetes as much as hunger.

At a time when 97 percent of households reporting food insecurity “cannot afford a balanced meal,” the organization’s effort is part of a larger national shift that acknowledges solving hunger isn’t always as simple as providing people with more calories.

“We are providing food on a regular basis to a low-income community, and we have a moral obligation that it be good food that’s not aggravating their (health) problems,” says Nancy Roman, CEO of the Capital Area Food Bank. Of the more than 500,000 people that receive food from the D.C. food bank, 22 percent have diabetes or live with someone who does.

“We’re learning that there are more people who rely on us for sustenance on a regular basis,” says Ross Fraser, spokesman for Feeding America, a network of food banks that together distribute food through 60,000 partner organizations such as food pantries or churches. “If people are going to rely on a significant amount of their food coming from us, we had better be sure we’re not contributing to illnesses.”

A two-year study conducted for Feeding America found that in addition to supplying the basis of a healthy diet, food pantries could help clients with diabetes improve their glycemic control (or eat more foods that balance out their sugar intake) by offering more whole, nutrient-rich foods.

After Roman joined the Capital Area Food Bank staff in 2013, the D.C. bank developed a system to analyze the nutrition of foods in the warehouse, prioritizing those that are low in salt and sugar and high in fiber. With the help of data, they were able to slowly increase the percentage of “core foods” that met the mark from 60 percent to 82 percent—foods like meat, dairy, vegetables, and whole grains—this past year. Then the progress plateaued.

“We realized we’d made as much progress as we can by buying produce, switching to whole grains, and working on nutrition education,” Roman says. “The rest was going to depend on our donors.”

That’s not to say all 18 percent of the foods that don’t meet the food bank’s nutrition goals are “junk.” Some might be foods like crackers that are fine to consume in moderation or with a spoonful of peanut butter. But there are still a handful of products that should have never made their way to a food bank, Roman says.

During a visit two summers ago, junk food abounded: Easter Peeps from March and packages of Hostess cupcakes nearing their expiration dates languished in a bin. That’s not to mention the reams of candy that pour in every year after Halloween, Christmas, and Valentine’s Day.

Donating high volumes of junk food “isn’t what the retailer intends in the first place,” Roman says. “This happens because people aren’t paying enough attention. But it’s our job to connect the dots.”

Roman says she’s been pleasantly surprised by the reaction from their retailer donors, who have been given early notice that the food bank will no longer accept candy, full-calorie soda, or cake as of September. Several of the 10 retail brands they work with (representing hundreds of stores) have already devoted staff time to ensuring unwanted goods don’t leave their doorstep.

Not sending the goods to the food bank might mean the retailers start ordering less candy for each season or they begin making donations to places that could use the sweets as a treat.

Over its 36-year relationship with the food bank, Giant Food already had taken steps to help it improve its offerings, Giant spokesman Jamie Miller says. Three years ago, Giant stores began freezing meat that was nearing its expiration date and donating what would otherwise have been thrown out to the food bank as part of a new “Meat the Needs” program.

The effort took extensive planning—donating and delivering frozen food is a lot harder than sending shelf-stable goods—but, in the end, it reduced a waste stream for the retailer while providing much needed protein to people who were food insecure.

Removing sugary foods from the donation stream will take additional effort, but Miller says Giant is up to the task. “We fully expect, by September 1, we’ll be removing those items the food bank won’t be accepting.” 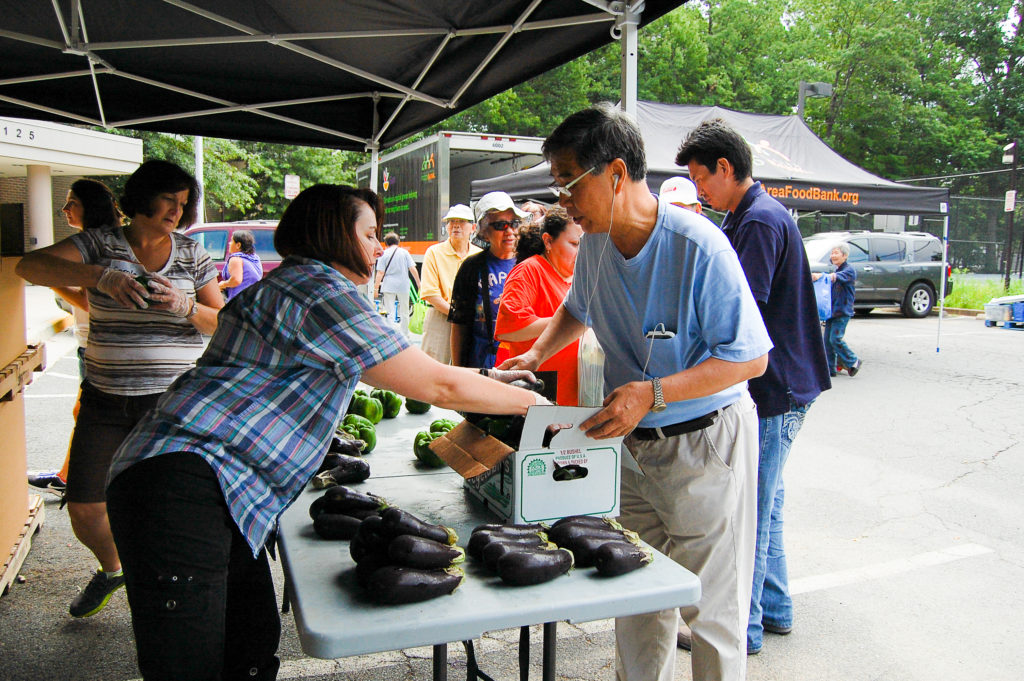 Nationally, Feeding America has a goal that 70 percent of what’s distributed by food banks be what the organization calls “foods to encourage,” such as fruits, vegetables, and whole grains. Some food banks achieve this by seeking grants to buy more produce and creating most-wanted lists for food drives.

The Food Bank For New York City hasn’t accepted donations of sodas or candy for years and has had a nutritionist on staff since 1990, said spokeswoman Carol Schneider. And many California food banks are often loaded up with fresh, free produce that comes in the form of donations from both retailers and nearby farmers during harvest periods.

But replacing calorie-rich foods with nutrient-dense ones can be more of a struggle elsewhere, Ross says. He’s had food bank workers in some parts of the country, particularly in the Midwest, tell him they “don’t have the luxury of turning down food,” even if that means candy.

Saying no to junk food at the D.C. food bank—much like starting a new diet—won’t be as easy as flipping a switch, Roman says. There will be a transition period during which the food bank works with retailers and within its own budget to fill the void. She doesn’t want clients to think they can never have a treat, either, “but we can’t have that be the balance of our offerings.”

Lisa Barber, a 34-year-old mother of twins in Washington, D.C., says her family is making a similar transition, thanks in part to inspiration from her local food bank. Instead of feeding on snack foods this summer, she’s made BBQ turkey mini burgers and salads from the food bank’s recipe cards—which feature meals that can be made for four for under $6.

“I actually love the fact that they’re going to take less junk food,” Barber says of the food bank’s latest initiative. She started feeding her 6-year-old son and daughter less of it, too, after her daughter gained 10 pounds over the school year. Now, “I will continue to do it, because she and I have both lost weight.”

The twins are keen on the change, too. For their birthday party this month, Barber says, “We decided it was going to be less junk food and sugary treats.”

Her daughter plans to make fruit and vegetable kabobs, and her son requested a birthday cake made with applesauce and apples instead of sugar.

“I guess I’ll figure out how to make that,” she says.