Building Herds and Improving Lives in the Deep South

This farm co-op in rural Mississippi gives its members a leg up—or 20 legs up, to be exact—in the business of farming. 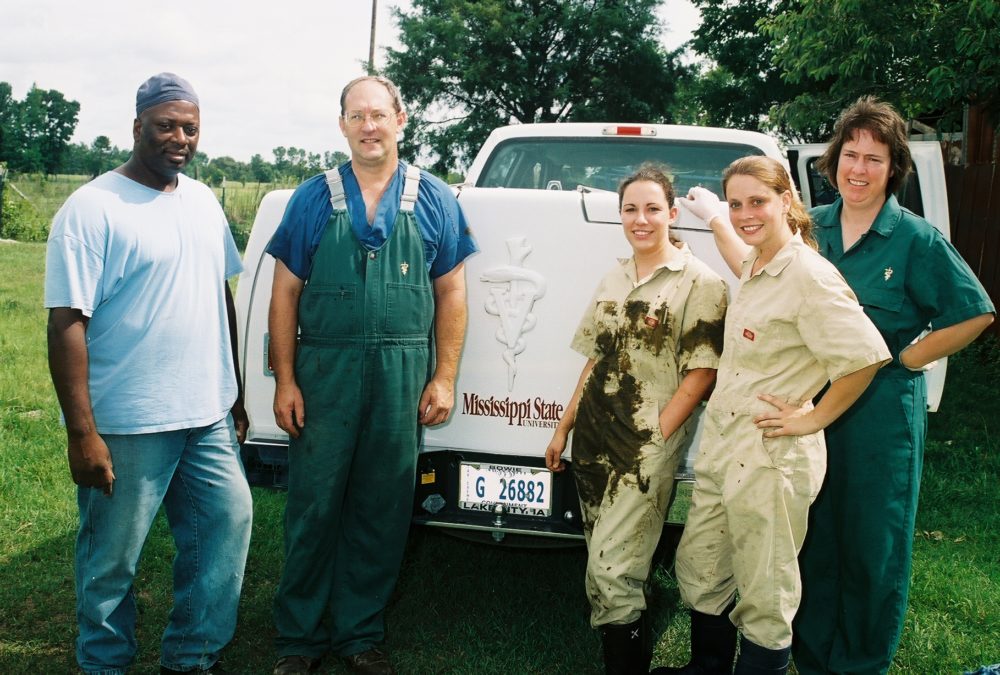 Starting a herd of cattle is expensive, no matter where you live. The price of cattle has gone up and down over the past few years, but in the current market a landowner can look at between $8,500 and $15,000 for five pregnant heifers, depending on the market.

In Winston County, in rural Mississippi, landowners have access to a much better deal. For $140 in annual dues, members of The Winston County Self Help Cooperative (WCSHC) receive five free, bred heifers each to build their herds.

It’s a little like a chain letter. In exchange for five cows, cooperative recipients agree to keep their cattle in good condition and, when the cows produce female calves, they return five bred heifers back to the program to pay it forward within the next five years. This is a return on investment that gets attention in this 18,000-person, agriculture-driven community.

Since 2002, farmers have received a total of 527 heifers through the program, which was started with $74,500 seed money granted to the co-op by Heifer International.

Heifer International is an NGO that works mainly in developing countries such as Guatamala, Haiti, and Nicaragua, but its larger goal to alleviate hunger and poverty in rural areas applies to several rural part of the U.S. as well. Heifer International has provided support for similar programs in three rural other counties in Mississippi—Covington, Attala, and Wayne Counties—and the NGO also works with farmers in Arkansas, where Heifer USA says, “One in four people suffer from food insecurity. Unemployment rates are double than that of the nation.”

As WCSHC president Frank Taylor points out, Heifer International’s gift has “contributed more than $2 million to Winston County’s economy over the past 15 years and provided families opportunities to purchase homes and build sustainable lives in rural America.” 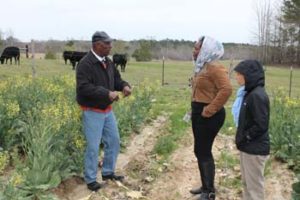 Alonzo Miller received five heifers in 2009. His wife, Peggy—“once a city girl,” as Miller describes her—also received five. “This program put us years ahead in what we wanted to do,” he says.

Miller grew up in Winston County, but a series of teaching and trucking jobs took him to Texas. “As I got older, farming began coming back to me as something that I wanted to do,” he recalls. “Peggy became interested, and there was a farm that became available during that time.” Miller says the WCSHC Heifer Program is a big part of why he moved back home.

The Millers bought 72 acres in Louisville, Mississippi in 2008 and started raising cattle, vegetables, and fruit the following year under the moniker AM-PM Vegetable and Beef Farm. They now maintain a herd of 15 to 20 breeding cows and a bull. They sell 400- to 500-pound calves to be raised as beef cattle and sell produce at farmers markets.

Miller says Taylor, “had a vision for his hometown and his home county … He’s a very good people-person and challenges us to do better.”

For WSCHC members, affordable farm animals are only one benefit of the Heifer Program. In addition to buying the animals, most new farmers must invest mightily in training.

Rosie Harris received five heifers in 2014, a few years after her husband, Isaac, passed away. The couple had been married for 51 years, and Isaac had been the primary farmer while Rosie worked as a manager in the manufacturing industry. The couple’s H&H Farm—113 acres in Louisville—has been in Isaac’s family for 90 years, and Rosie Harris wasn’t content to let the farm go. She enrolled in the WCSHC Heifer Program to grow the cattle herd and to learn about how to go about farming on her own.

“It has been such a blessing for me to have this opportunity to participate in a program that helps me to maintain and be on my farm, not just for me but for future generations and to pass it on,” she says. Harris has five daughters—two of whom are actively involved in the farm now.

She sees the program as a huge boon to her community. “It has provided education, and it has helped to develop other people and has given them the opportunity to be knowledgeable about the resources available to them,” she said.

Harris, the Millers, and the other program participants have also benefited from the U.S. Department of Agriculture’s National Resources Conservation Service programs and consulting, cooperative extension training, WCSHC workshops and field days, and assistance with Farm Service Agency loans.

“It helps us take care of our properties and maintain what we have and make it profitable,” Harris continues.

By selling their animals, Taylor adds, farmers like Harris are able to buy additional farmland, as well as supplies like “wire, posts, tractors, hay equipment, and other implements to manage farm enterprises.” For small and socially disadvantaged farmers, all this adds up to what he calls “a livable life in rural America.”