Why Has a Clothing Company Made a Film About Food and Agriculture? | Civil Eats

Why Has a Clothing Company Made a Film About Food and Agriculture?

In 'Unbroken Ground,' Patagonia features the sustainable operations that supply its line of food items—and lays out a new vision for the food system overall. 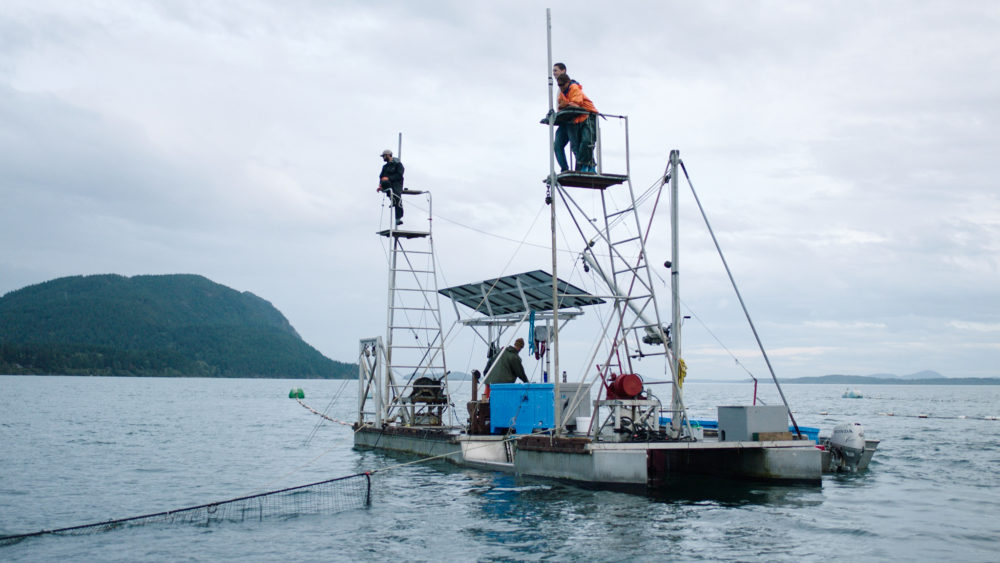 “In the food business, there’s a tremendous amount of misinformation. If you want to feed your family healthy food, you gotta ask a lot of questions.”

So begins the film Unbroken Ground, a 25-minute production by pro surfer and filmmaker Chris Malloy, featuring four food operations pursuing regenerative food production. The person on camera, speaking passionately about the need to change the food system, is Yvon Chouinard, the founder of the sustainable outdoor-clothing company Patagonia.

But what is the leader of an apparel company doing introducing a film about food?

In 2013, Patagonia began its foray into the food market, purchasing 80,000 pounds of wild Sockeye salmon. Once smoked and vacuum-packed, the responsibly sourced fish—not the average purchase for a company well known for puffy jackets and fleece pullovers—became a cornerstone of the Patagonia Provisions line, which officially launched in 2014.

Today, the line of ethically sourced pre-packaged food items also features buffalo jerky, soup, and fruit and nut bars and can be found in 28 different Patagonia-owned stores, at specialty wholesale accounts like the REI flagship store in Seattle, and online.

While the Unbroken Ground functions as a promotional piece for Patagonia’s food line, showcasing four producers the company works with and sources from, it also provides a broader look at the reinvention of the food system. Through the farmers’ and fishermen’s stories, it explores the opportunity present in more sustainable, regenerative practices.

“I’ve always believed that we need a revolution in society,” says Chouinard in the film. “Revolutions start from the bottom; they never start from the top. At the bottom are these little small farmers and fishermen, and they’re committed to the same things we are, which is doing something different. [They’re] people who are willing to break the paradigm.”

Patagonia has a long record of valuing ecological and social ethics. Twenty years ago, the company led the garment industry in its pursuit of sustainable practices by switching to organic cotton throughout its line.

If you start to connect the dots, involvement in the food movement is not such a far stretch for Patagonia; food and clothing are both inherently linked to agriculture. “Every time you grow cotton or corn… you’re losing topsoil, and you can’t do that forever,” Chouinard says.

“The food industry is one of the biggest industries on earth and a massive contributor to global warming,” says Birgit Cameron, Patagonia Provisions’ director. “If we can improve how things are done through the incorporation of regenerative organic practices for soil health and restoring important ecosystems, like our own grasslands, we can make a big dent in helping to heal our planet.” The company is putting its dollars behind this goal.

The first part of the film features The Land Institute, a Kansas-based nonprofit working to develop perennial grain crops—such as Kernza—that are designed to grow for years and improve soil health rather than degrading it over time. In conventional agriculture, methods like monocropping decrease the nutrients in the ground and increase the chance for soil erosion. “Soil is more important than oil,” says founder Wes Jackson in the film.

Patagonia currently has several Kernza products in development—including one that debuts on October 1st: they have invested in paying rye farmers in Kansas and Minnesota to grow 100 acres of Kernza, which has not been grown commercially before.

From the prairie, the film travels to the plains to meet Dan and Jill O’Brien of Cheyenne River Ranch. Located in South Dakota, the O’Briens run the Wild Idea Buffalo Co., whose mission is to preserve the Great Plains ecosystem by returning buffalo to their native homeland. They use the buffalo not only as food themselves, but also to regenerate the land that they graze on.

The film then moves further west to meet Dr. Stephen Jones, director of The Bread Lab at Washington State University, an operation that breeds hybrids of grains destined for organic farmers to offer options that benefit both producers and consumers of food. In addition to ensuring that farmers are paid a high price, The Bread Lab produces grains with a higher nutritional value than conventional wheat and promotes grain biodiversity, challenging the conventional world of farming and baking. (Some may recognize the lab from Dan Barber’s The Third Plate.)

“There’s 60 million acres of wheat in this country. Basically it’s all the same,” Jones says in the film. “It has been defined by a commodity system. What if you go out of that and pull in what could be there, and what could be there are flavors and nutritional value, colors, textures, functionality—all of that’s there just for the taking.”

To build the infrastructure needed to produce the products for its Patagonia Provisions line, the company gave Jones’ Bread Lab a $250,000 grant and it is contracting with farmers in areas of Washington and Oregon where the grain once thrived, to grow 36 acres of grain. According to Cameron, the company is “investing in the facility and the equipment required to connect the growers with the ability to process the buckwheat, and connect with local millers, brewers, bakers, and malters.” As a result, “this thriving regional economy that once was there is starting to come back,” says Cameron. 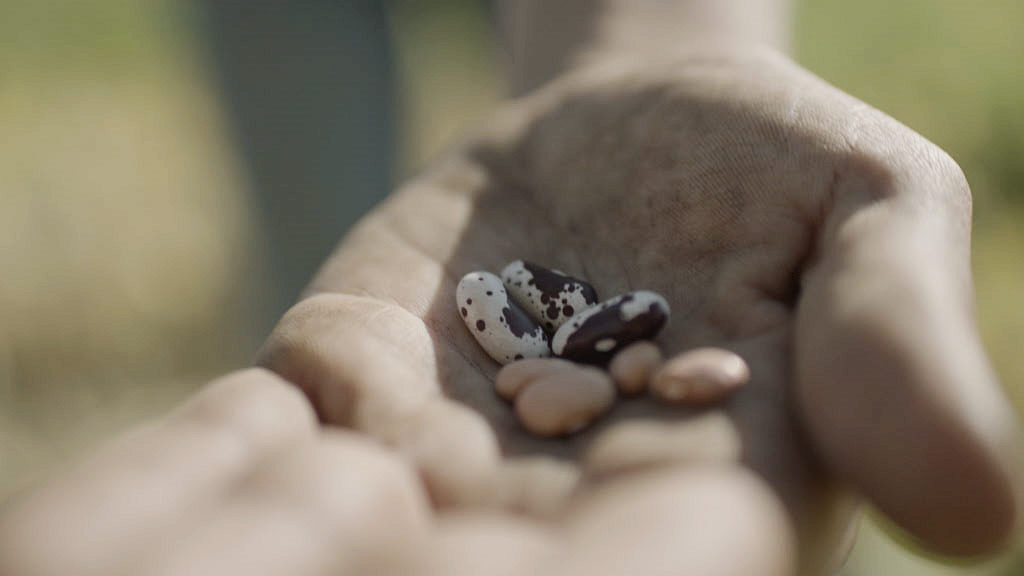 The film concludes with the salmon fishing operation at Lummi Island Wild, which uses a traditional method of fishing called reef netting, by which fishers on towers draw up a net when they spot fish. Because it ensures that any unwanted species can quickly return to the ocean, reef netting (one of many different fishing gears used by fishermen) allows for more accurate sorting and cuts out the bycatch associated with most other practices.

“In the past, all fisheries were relatively robust, and so you could use gears that caught all species,” says Kurt Beardslee, Executive Director of Wild Fish Conservancy. “Now we have some fisheries that aren’t doing well, and others that are doing really well, and we need to have gears so that a fisherman can catch the targeted fish without hurting the non-targeted fish, and release those fish unharmed.”

The central theme to all of these examples is the idea of regeneration—the regeneration of the land and sea through sustainable practices, but also the regeneration of health and economies through growing food with increased nutritional value, providing business models that contribute to local economies, and ensuring that farmers and other food producers receive a livable wage.

As the company has screened the film at Patagonia locations around the country through June and July, Cameron says, it has drawn an unprecedented number of viewers. “We’re attracting over 300 people at every location,” she says. “In Ventura it was almost 800 people. The demographic was so wide—young, old, farmers. People are so interested in this topic—and part of that is because there is a thread of hope.”

As Cameron puts it: “We’re going from the Al Gore message—‘[climate change] is so scary, everything is shutting down’—to ‘there is science coming out that says if we apply organic agriculture, regenerative practices, and healthy grazing, we can start to pull down more carbon from the atmosphere.’ That’s the message—and the food is kind of a byproduct.”

How much can one company positively impact the food system? That’s an open question. But, for now, Unbroken Ground is a compelling look at our chance to build a better, more forward-thinking food system that will continue to sustain us for generations.