If Your Veggies Weren’t Grown in Soil, Can They be Organic? | Civil Eats

If Your Veggies Weren’t Grown in Soil, Can They be Organic?

A new report by a government task force on hydroponic farming has left this raging debate wide open. 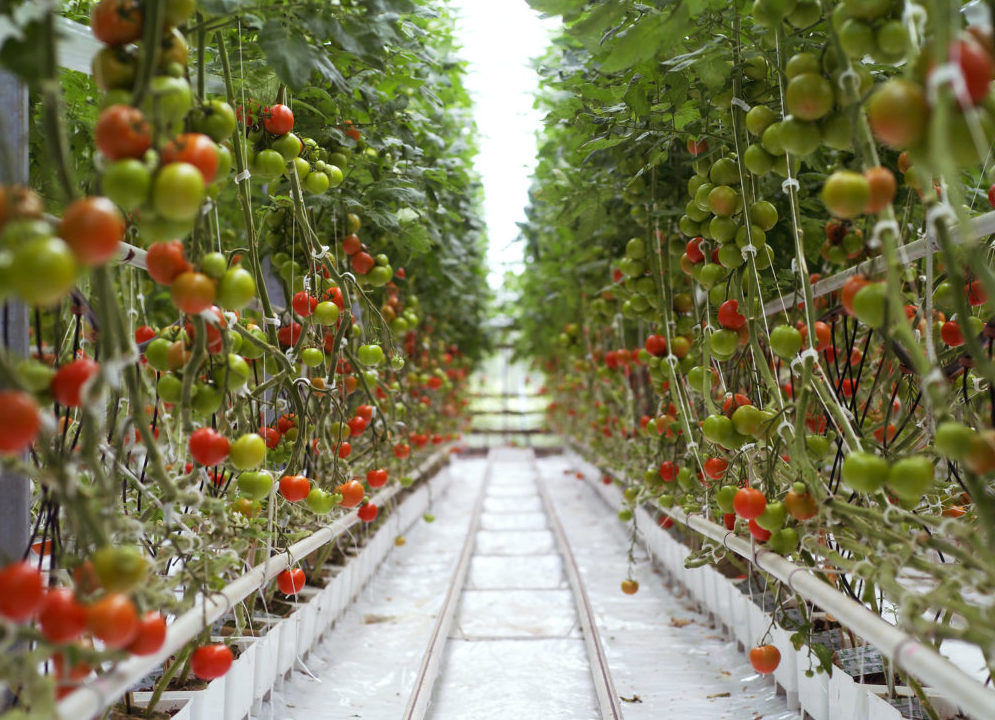 March 23, 2020 update: A federal judge in a U.S. District Court in California this week ruled that hydroponic farmers continue to be eligible for certification under the USDA Organic label.

As indoor urban farms continue to show up in more and more neighborhoods around the country, an important question has come to the fore: Can food that’s not grown in soil be certified organic? In other words, can produce that spends its entire life indoors, floating in water, or growing in synthetic material carry the U.S. Department of Agriculture’s (USDA) organic label?

These are the questions at the heart of a vociferous debate raging within the organic farming community. To help settle these questions, in 2015 the USDA established a committee known as the U.S. National Organic Program’s Hydroponic and Aquaponic Task Force. That committee released a report last week, but its conclusions—which will form the basis of recommendations for the federal organic program’s standards—are anything but conclusive. And they are causing considerable distress among the many farmers who believe the U.S.—like elsewhere around the world—should forbid organic certification of food grown in anything other than soil.

In the report the USDA concluded that the agency’s National Organics Standards Board (NOSB)—an advisory group made up of farmers, scientists, and industry representatives­—will “ultimately have to recommend its clear intention for the role of soil.” Yet it also says, “there appear to be…choices that satisfy both” a requirement that certified organic produce be grown in soil and ways in that certain soil-less, containerized growing methods could meet organic standards.

In other words, it didn’t take a definitive stance. But it also appears to have opened the door to organic certification of hydroponics and other soil-less crop production. This has outraged a large number of organic farmers who say this undermines the very basis of organic farming.

Included in the task force report is a letter to Secretary of Agriculture Tom Vilsack, signed by organic farmers and organizations representing 2.2 million people calling for an immediate moratorium on all new hydroponic certification.

While this may sound deep in the weeds for most consumers, the outcome could have an enormous impact on what Americans know about the food they buy—particularly if they’re choosing organics. “Organic [farming] is kind of at a crossroads about how food is going to be produced in the future,” Nate Lewis, the Organic Trade Association’s farm policy director told Civil Eats.

Back in 2010, the NOSB recommended that non-soil growing operations couldn’t be certified as organic. But, in the absence of specific, enforceable regulations, USDA has in fact been certifying hydroponic and other soil-less growing operations. And such produce—salad greens, tomatoes, cucumbers, herbs, and strawberries are currently the most common soil-less crops—is currently being sold with the organic label.

As Cornucopia Institute senior scientist Linley Dixon explains, “The National Organic Program has said it cannot enforce the recommendation because it didn’t clearly state that hydroponics were prohibited.”

Proponents of hydroponic and other soil-less growing methods say their operations offer a way to grow produce that is water–efficient and free of pesticides, and do so closer to markets than many U.S. agricultural centers.

Paul Lightfoot, CEO of BrightFarms, a multi-facility indoor farming operation, said in a statement that the company “believes that hydroponically grown crops that meet the requirements of USDA organic standards should be eligible for organic certification.” BrightFarms, which grows salad greens and other produce hydroponically, doesn’t “seek organic certification” because some of its fertilizers don’t meet organic standards. But the company doesn’t use pesticides, Lightfoot added.

But organic farmers like Dave Chapman who owns and runs Long Wind Farm in East Thetford, Vermont, say that eliminating soil from the process undermines the very basis of organic farming.

Absence of synthetic pesticides and fertilizers is typically what comes to mind in a casual definition of organic. But farmers point out that organic farming is rooted in practices that promote healthy soil and focus on feeding the soil rather than the plants alone. This means not only cultivating successful crops, but also fostering a healthy growing environment by enhancing biological activity within the soil.

The idea, says Chapman, is that by “maintaining a high level of life in the soil, you don’t need to use pesticides and fungicides because the plants are healthy.” OTA’s Lewis also explains that organic crops rely on this healthy diversity of microbes to process nutrients, whereas conventional crops are now typically fed fertilizers in forms that don’t need microbial processing. This may also be true of some hydroponics and other soilless growing methods.

“Biologically active, fertile soil is key to long-term healthy food and healthy soil,” explains Eliot Coleman of Four Season Farm in Harborside, Maine. “It turns out we were right about this,” he says. Organic farming, he points out, is “now big business.” As a result, “others are trying to get their hands on that label,” he says of those both within and outside USDA who are saying “you don’t need soil” to qualify as organic.

At the same time, not all soil-less growing systems are the same. Marc Oshima, chief marketing officer and co-founder of AeroFarms, says the company’s produce which is grown in specially designed soil-less materials, says “We know we have a very healthy biome in our root system. We think about all the elements that create a healthy product.” There are also aquaponic operations such as those used by Milwaukee-based GrowingPower that use fish like tilapia and yellow perch to fertilize plants, and grow the fish and crops together in a recirculating system that shares nutrients. Aquaponics can, therefore, rely less on added nutrients than hydroponics.

Both Chapman and Coleman concede that proponents of hydroponic and other such growing methods are likely to win their argument for USDA organic certification. “It’s about money,” says Chapman, referring to the current $40 billion dollar-a-year organic food industry.

Coleman likens the expansion of the label to stealing hard-won territory. “We labeled our produce organic because we were proud of what we were doing. If they have something good,” he says of soilless growers, “let them label it.”

“We applaud a consistent application of organic standards as being soil-based. They should be consistent with what’s done everywhere else,” said Oshima. But, he points out, “Organic certification has been around for two decades now, but there’s still confusion around what it means.” He would like to see more transparency and more consistency in what growers are required to share with consumers, however produce is grown.

Even the task force report concedes that the outcome of its recommendations are vital to the future or organic certification. “No matter what one thinks about which path is best, we can all accept that many in the organic community are opposed to the inclusion of hydroponic as organic. Failure to address that concern will inevitably undermine public and farmer support for the USDA Organic label,” states the report.

The task force’s report is open for public comment. The NOSB is expected to release its proposal for any organic certification of hydroponics and other soil-less agriculture after its November meeting in St. Louis.