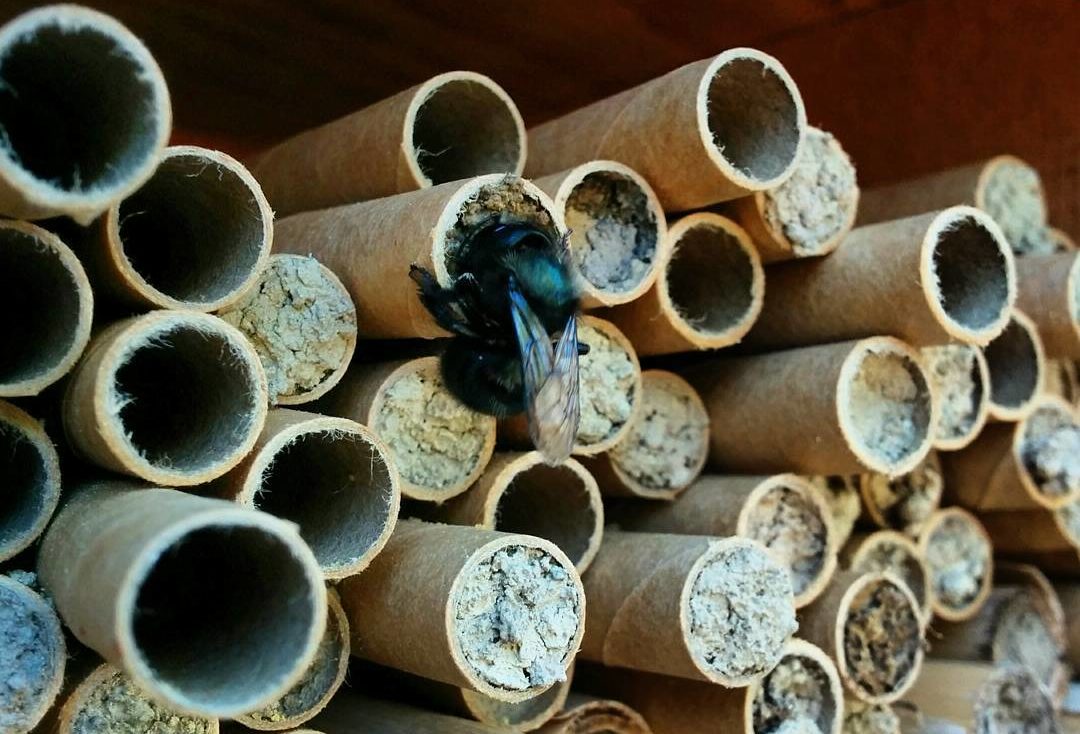 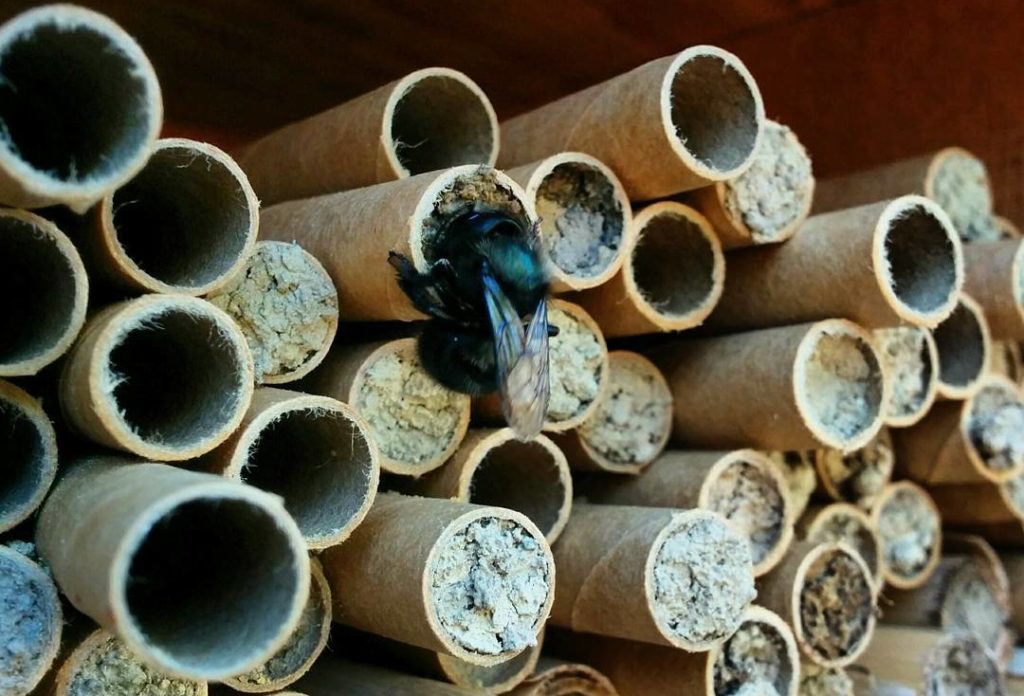 By now you’ve likely heard the bad news about honey bees. Populations have declined precipitously in the U.S. over the past few years, due to a combination of factors including pests, pathogens, and pesticide use—so much so that beekeepers in some states have formed lobbyist groups to help draw attention to the problem. The shrinking number of honey bees is a problem, because pollinators are essential for agriculture, and honey bees pollinate an estimated $15 billion of U.S. crops each year.

Honey bees are only one of 20,000 bee species on the planet, however, and a diversified bee portfolio could go a long way in helping ensure the security of our food systems. At least that’s part of the argument in Mason Bee Revolution: How the Hardest Working Bee Can Save Our Planet One Backyard at a Time, a primer on how gentle, productive pollinators like mason bees could make a huge difference in the way we approach agriculture. The book is co-authored by food writer Jill Lightner and Dave Hunter, a longtime mason bee enthusiast, founder of the Orchard Bee Association, and owner of Crown Bee, a company that helps people raise mason bees.

We talked with Lightner about the book, why we should start paying attention to mason bees, and what she learned when she started raising them in her own backyard. 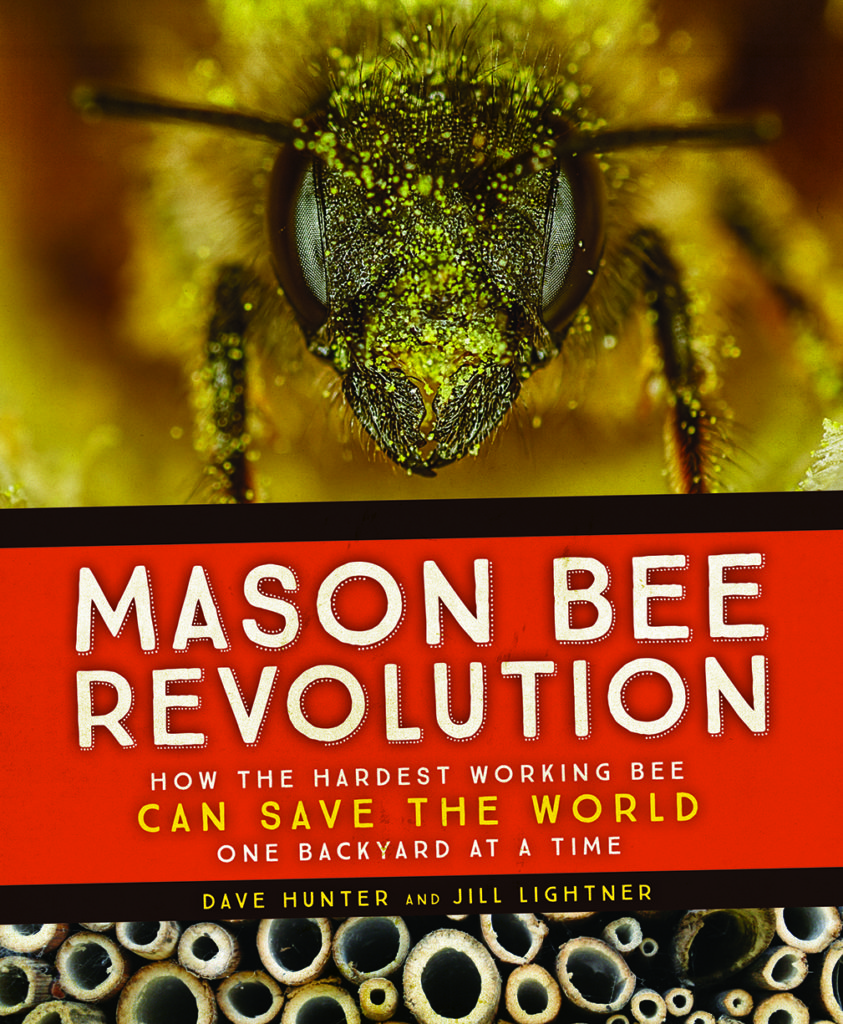 In a weird way, they’re a great role model. They don’t need much to live well. They’re not aggressive little jerks like yellow jackets. They work hard, but seem pretty relaxed about what they do all day long, like maybe it’s even fun. And they have this amazing side benefit for humans, of pollinating fruit trees more effectively— probably better than honey bees—than any other species on earth.

What’s their relationship to leafcutter bees, which are also mentioned in the book?

Well, these two kinds of bees don’t have a direct relationship—they’re not even in the garden at the same time. But, they fulfill similar roles during their different seasons. Mason bees are gentle, gregarious, solitary bees that like cool temperatures and pollinate fruit trees in the early spring, when it’s around 50 degrees. Leafcutter bees are gentle, gregarious, solitary bees that like it hotter—around 70 degrees—and they are great little pollinators for summer vegetable gardens. So they’re both potentially useful for backyard gardeners and larger scale farmers, and the same people might keep both, but they don’t actually hang out.

In beekeeping terms, gentle means they don’t defend their homes by stinging; gregarious means they live happily right next door to their solitary bee neighbors, like people in apartments. So they’re both great for backyard gardeners.

If mason and leafcutter bees are so great, why do honey bees get all the attention?

Because honey. Duh! Okay, aside from that seriously delicious by-product, there are other reasons.

As an industry, honey alone is creeping up to about $400 million in the U.S. each year, and that is only a side business for many companies. Honey bee hives are fairly simple to move, so individual farmers don’t have to deal with beekeeping practices. The bees are trucked in right when they’re needed, they work really quickly (they’re crazy-efficient at collecting pollen), and then they’re back on the truck moving to the next orchard. This insect migratory labor system works perfectly with monocropping methods in large-scale orchards. It has also helped wreak havoc, as we’ve seen in the headlines, when mobile hives spread their parasites and diseases around multiple orchards and even states very quickly.

The dollar value placed on [honey bees’] pollinating utterly dwarfs the dollar value of their honey. There are a number of ways to calculate the value, but we’re talking between $14 and $29 billion per year. When they’re unhealthy, and the costs for the pollinating services increase overall costs for farmers, we notice pretty quickly, at every level of food production.

Considering that there are about 20,000 bee species on our planet, it’s unfortunate that we’ve grown to depend on a single one for so much of our food. If we could even broaden that number from one species to four or five, the food system could look a lot different. 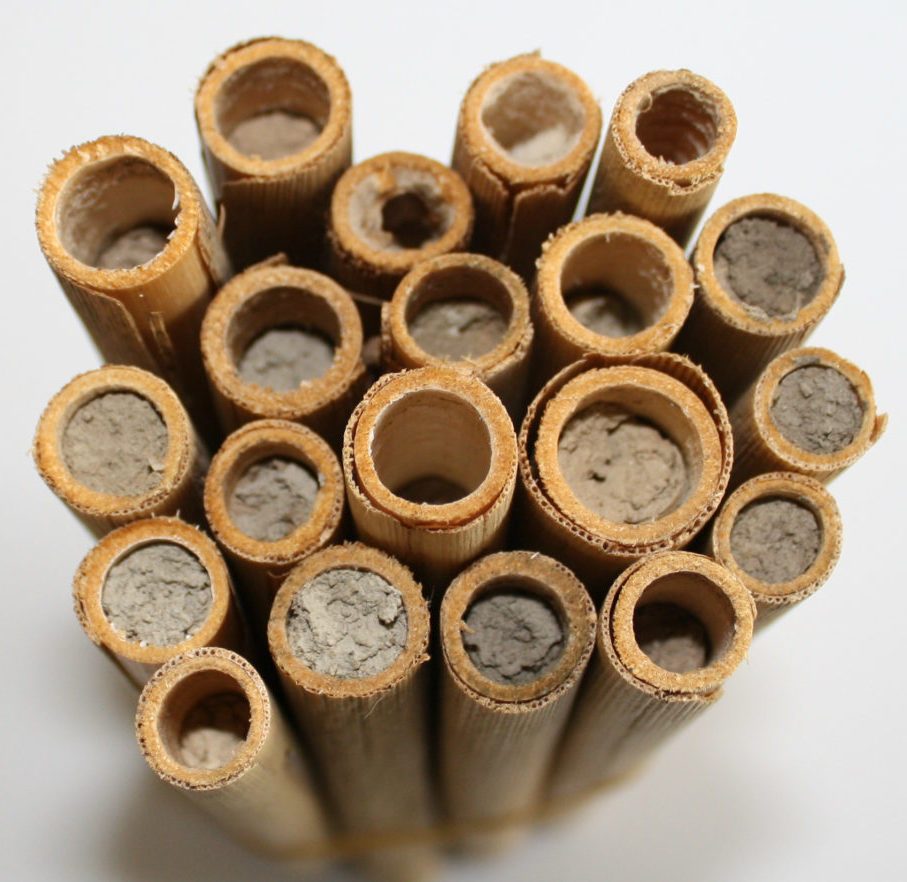 I’ve heard all these dire things about how the honey bee colony will collapse and society as we know it will soon follow. Can mason bees really help keep us back from the brink of oblivion?

Mason bees can definitely help with fruit and nut production. Solitary bees don’t live in colonies, so they don’t have Colony Collapse Disorder. But, they can struggle from toxic chemicals, diseases, or a lack of water just like all creatures.

One of the things I think is most exciting about them as far as their use to humans go is how they pollinate. Honey bees are like the slightly compulsive coworker—the bees that collect pollen pick one branch, work over it really methodically, and pack up the pollen into little “baskets” on their legs. Once their pollen baskets are full, they fly back to the hive, drop it off, and return to the same branch they were working on, right where they left off.

Mason bees are easily distracted, and their fuzzy bellies are where they collect pollen. They have no apparent system in the orchard, and they drop pollen everywhere. They’re terrible at collecting it (which is fine, they don’t need much) but they’re great at spreading pollen all over the orchard, which is right where people who eat fruit would like the pollen to stay. When you read that the almond industry needs 1.7 million hives for a few weeks each spring, and combine that astonishing number with stats like 44 percent colony die-off each year, mason bees feel like an immediately useful addition to orchards, if farmers are willing to give ’em a shot.

There hasn’t been too much research into this yet, but it appears that honey bees and mason bees react differently to different types of chemicals. Neonicotinoids draw a lot of justifiable attention, but there are other pesticides that are also terribly damaging. If a farmer or home gardener decides to swap one serious chemical for another to protect honey bees, she might be doing new harm to other species of pollinator. 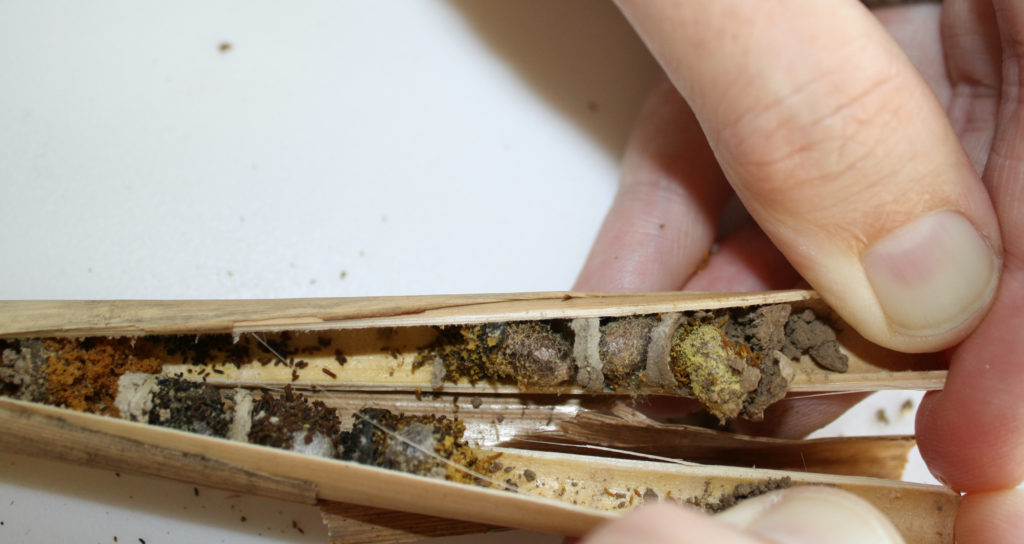 I’ve never thought about raising bees in my backyard, but I’m warming to the idea. How much cash and time investment does it require?

I was so pleasantly surprised the first year I kept mason bees. Over the year for my small yard (I started with about 50 cocoons), the total time investment was between 60 and 90 minutes total. I have baked cakes that take longer and are far more complicated than tending mason bees! Setting out the cocoons took perhaps 10 minutes; gathering up the filled nesting tubes took another 10 minutes. The rest of the time was cleaning and sorting the cocoons in early fall, which was really satisfying—opening the tubes is a bit like opening a present, and seeing what shape the cocoons are in was like the most interesting science class ever.

On the financial front, a complete kit with nesting tubes, a bee house for the tubes, cocoons, and a book runs between $50 and $150, depending on the style and size. You can start out with a smaller investment. A few tubes and cocoons are in the $20 range. After the first year, I haven’t needed to buy cocoons again. Actually, this past spring I had enough to pass a few dozen along to a friend, and we split the cost of a package of cardboard nesting tubes. So her set-up cost was about $5.

I feel compelled to mention that not only have I gotten bumper crops of pie cherries since I started mason bees, but my neighbors get more fruit on their trees, too. My small urban garden project turns out to benefit others, with almost no effort on my part.

What’s the biggest thing that surprised you in writing this book with Dave Hunter?

Well, mason beekeeping has a lot of small surprises along the way, but the big one was simply the litany of enormous numbers when talking about the scale of agriculture in the U.S.

I live in Seattle, and we have farms at our farmers’ markets that are just a few acres. These farmers at my neighborhood market aren’t remotely comparable to the almond industry, or the cherry industry, or even the honey industry.

It’s easy to think, “farmers should change their pollination methods,” but some of these farms are massive corporations, and corporations don’t change because an experiment that directly impacts their bottom line seems fun to try. When I’m getting impatient over slow change or resistance to experimentation, I have a whole new context and stacks of research to think about.