Could CRISPR Gene Editing Change the Future of Ag?

We talked to traditional plant breeders about the new technology. 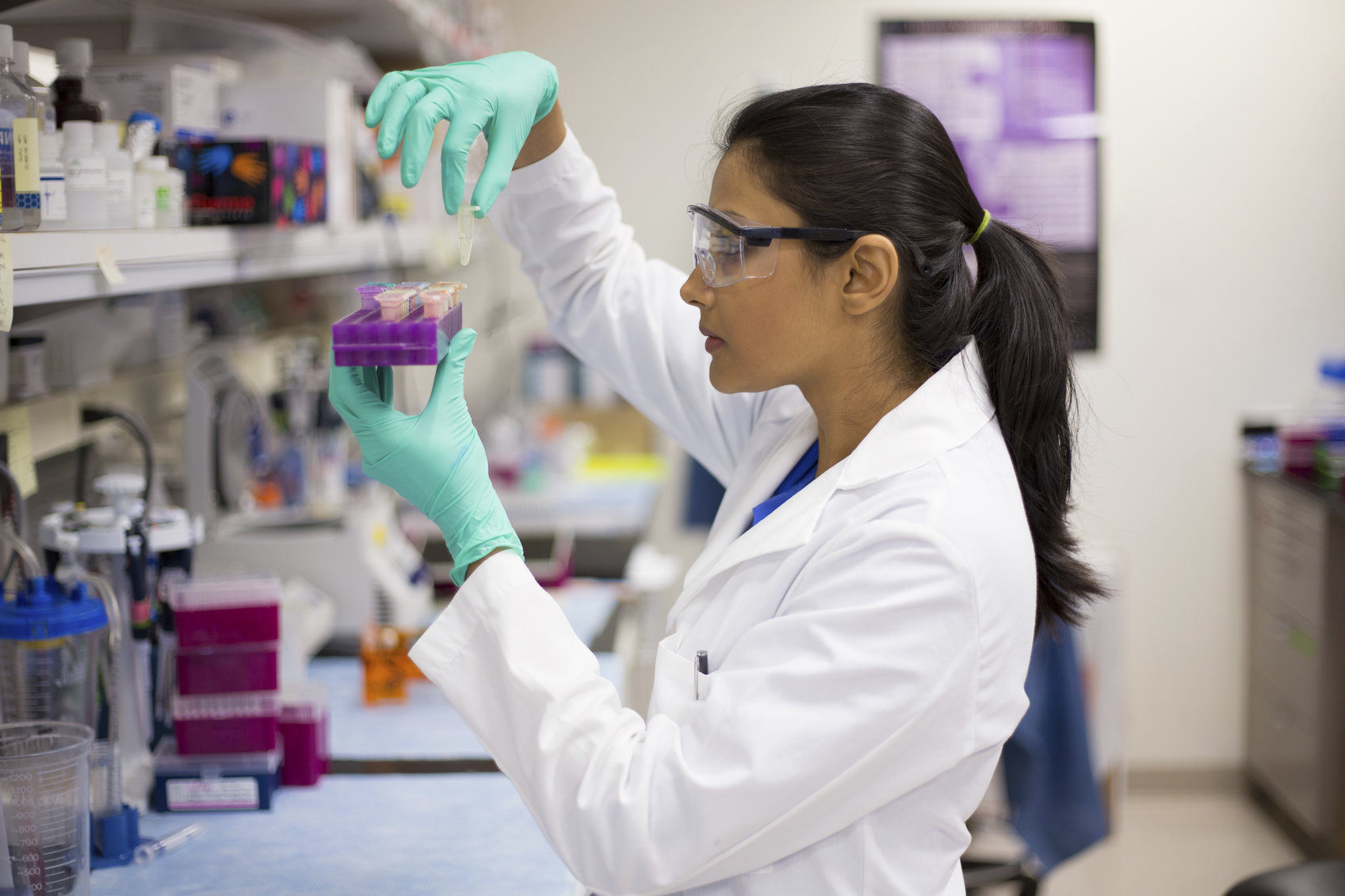 Up until recently, a genetically modified organism was one that had its genetic materials engineered. Now, a new technology is completely blurring the line. It’s called gene editing, and it often involves “turning off” or deleting genes from a plant’s genome, as opposed to moving genes from one species to another.

This technology exists in a gray area because of some recent, and relatively quiet decisions by the U.S. Department of Agriculture (USDA) not to regulate several gene edited crops as it does genetically modified organisms (GMOs). And the GMO labeling bill that Congress just passed may further the ambiguity by omitting gene editing.

So although the genomes in these crops are technically being modified, the government believes these crops do not—at least for the moment—pose enough environmental risk to require the same oversight as traditional GMOs.

Despite the fact that these major regulatory bodies have shown less inclination to scrutinize these crops, other questions remain. Will the plant breeders who shape our food embrace this technology as standard practice? And perhaps, more importantly, will consumers object if they do? Because the farmers who buy the seed to grow these crops will surely be taking note.

Bringing CRISPR to Your Lettuce

There are several ways to edit plant genes, but certainly the method causing the most buzz is CRISPR/Cas9—or CRISPR for short—which is considered the most efficient editing technology to date. Using a naturally occurring immune response found in certain bacteria, CRISPR cuts into the genome of a given species and allows scientists to remove genes without directly disrupting neighboring DNA. Gene editing itself is nothing new, but what’s unique is the precision, relative affordability, and universal applicability of CRISPR, and its potential is hard to fully imagine.

On a basic level, some plant scientists are optimistic that methods like CRISPR could be used to turn off particular genes to attain difficult plant breeding goals. In peppers, for example, Terry Berke of Seminis Vegetable Seeds says, “the gene that makes them susceptible to Tobacco Etch Virus could be turned off by gene editing, producing resistant plants.”

Jim Luby, a fruit breeder at the University of Minnesota, explains that one could also potentially control traits that give apples their tartness, such as malic acid. “We might have an otherwise good variety,” says Luby, “that has too much or too little acidity for consumer tastes. Editing of this gene would be one way to essentially preserve the variety, but tweak its tartness.”

To date, several crops are currently in trials, including peanuts with allergenic properties that have been edited out, wheat varieties that can be hybridized to make them more vigorous, tomatoes with disease-carrying DNA removed, and several variations of potatoes, corn, canola, soybeans, and fruit. And they could all potentially be considered “non-GMO.”

Although some journalists and scientists have been advocating that consumers take a more accepting approach to genetic modification, many remain unconvinced. And gene editing is, for its part, uncharted territory.

On the surface, without foreign genes, these single, or even multi-gene, edits appear inherently less risky than genetic modification (which utilizes DNA from other species). But since they are achieving many of the same goals as transgenic crops—namely herbicide-resistance—they could raise similar concerns about crop contamination and herbicide-resistant “super weeds.”

And while many consumers appear to be uncomfortable enough with added genes to want them labeled, it remains to be seen how the public will feel about taking a few genes away, especially if it’s done without their knowledge.

Plant breeders have long been split into two camps: those who use genetic modification, and those who don’t. But if gene editing continues to skirt regulations, that divide may become more of a spectrum than a split. Because, while some breeders are philosophically opposed to using genetic engineering, the red tape and expense involved are often the larger factors keeping them from using the technology.

“The question with any of these technologies,” says Charlie Brummer, an alfalfa breeder at University of California, Davis, “is what’s going to be the constraint on freedom of action and how’s that gonna impact cultivar development and commercialization?”

There’s the breeding of crops, explains Brummer, “then there’s the legal landscape that undergirds everything and that can limit what can be done.” With the patent on CRISPR technology still playing out in courts, the expenses—namely, the possible royalty payments for any resulting seed patents—are not yet fully known.

If it remains affordable, however, technologies like CRISPR could then give breeders a new tool that could in theory greatly speed up the breeding process and potentially be done cheaply, without the oversight generally required for genetic modification. But whether breeders want that door open is a different question.

Breeders who are not interested in gene editing now likely never will be. But for those who have found regulation and cost to be the deterrent, this developing technology will be watched closely, and important questions will be asked: Is it affordable, useful, and effective at achieving the desired result, including yield, drought tolerance, and disease resistance?

“The thing to note about CRISPR technology,” says bean breeder Jim Myers, “is it alters only one to a few genes at a time.” But a plant breeder may deal with 30,000 or more genes in a plant simultaneously. So although there are techniques for juggling these myriad genes, you may be breeding without really knowing what all the underlying interactions are.

Genes are just complicated, and there are a growing number of signs that gene-editing is not foolproof.

Doug Gurian-Sherman, Director of Sustainable Agriculture at the Center for Food Safety, doesn’t see a clear distinction between gene editing and genetic engineering. And he says the former can also cause a range of unintended changes, including “off-target” effects. In other words if you’re a scientist you may edit a plant for better drought tolerance, says Gurian-Sherman, “but it turns out you [may] have also [unintentionally] made the plant more susceptible to a plant disease.”

“The more tweaking you do with the plant,” he adds, “the more likely you are to cause some of these unintended changes.” And since genes are affected by different environmental conditions, simple field trials may not reveal all the unintended effects of gene editing, and what those changes could mean for health and the environment. Generally, that’s what regulation is for.

Gurian-Sherman also points out that USDA decided not to regulate the CRISPR crops because the agency, “did not think that the engineered corn had any plant pest (or noxious weed) properties … The fact that it was gene-edited was incidental.”

Despite its somewhat vague status within the USDA, gene editing is currently not allowed in organic seed production, though it’s being hotly debated. Many breeders see it as a potentially valuable tool for developing completely novel plants for the organic farmer. Others maintain that it is more or less unnecessary.

Lindsay Wyatt, squash breeder at Johnny’s Selected Seeds, agrees. “Vegetables are really great in that we can make a lot of gains using traditional plant breeding out in the field just looking at the plants and making selections.”

While some of the goals traditional breeders work towards “might be achievable with CRISPR,” confirms Ellen Lueu of PanAmerican Seed Company, “[they] can definitely be done by conventional breeding.”

Indeed, some surprising traits have been achieved through traditional breeding—from seeds bred to thrive on rooftops, to corn that blocks GMO contamination. The seedless watermelon? Not a GMO.

Steve Jones, a traditional wheat breeder at Washington State University and the Director of the Bread Lab, says of his crop, “anything we want is already there. Certainly nutrition, flavor, yield, disease resistance—it’s all there. You just have to go get it.”