USDA Finalizes School Nutrition Rules: What You Need to Know

Hard boiled eggs are back, limits were placed on on-campus foods and beverage marketing, and other new rules were finalized six years after the Child Nutrition Reauthorization passed. 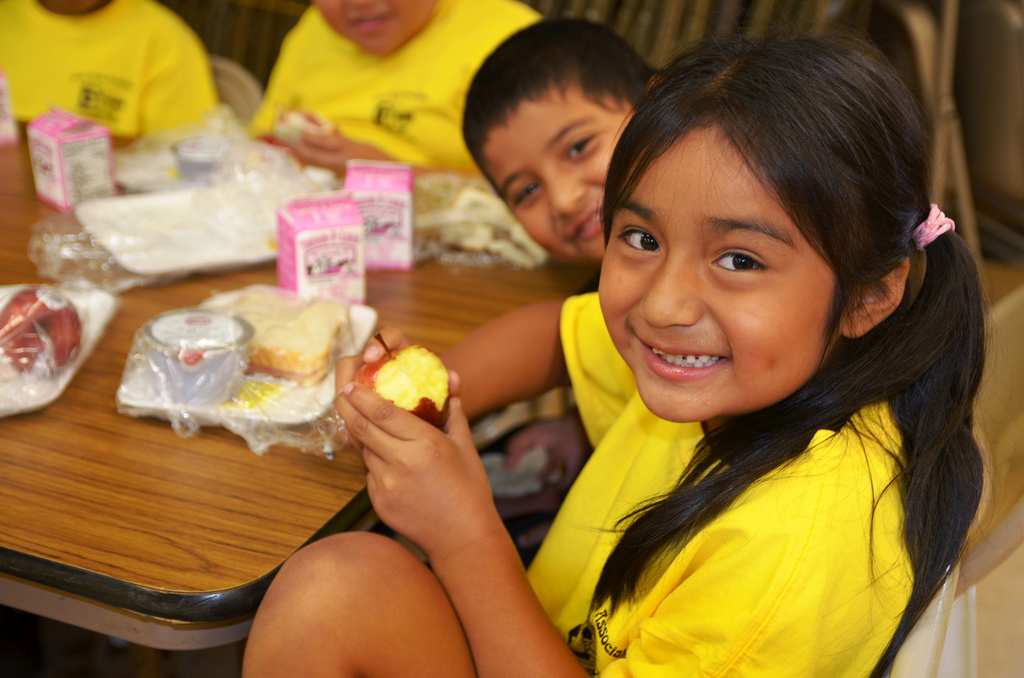 Though it’s been over six years since the last Child Nutrition Reauthorization (CNR), the U.S. Department of Agriculture (USDA) has only just finished finalizing rules promulgated under that ground-breaking legislation, which greatly improved the nutritional quality of food served and sold to kids at school.

Overall, the final rules don’t vary significantly from their prior iterations. But here are a few issues worth noting:

Districts participating in the federal school meal program have been required since 2006 to formulate a wellness policy to promote student health, but such policies often consisted of boilerplate language stashed in the drawer of a district official. The Healthy, Hunger-Free Kids Act, however, required far more robust wellness policy rules. Proposed in 2014, they directed schools to include: greater community involvement in formulating wellness policies; specific, measurable goals for nutrition and physical activity; and increased reporting and oversight. Now those proposed rules have been made final, with few material changes.

One notable aspect of both versions of the rule—likely to receive media attention this week, in light of USDA’s announcement—is a requirement that wellness policies prohibit the on-campus marketing of foods and beverages which don’t meet the Smart Snacks nutritional standards. The intent of this junk food advertising ban, according to the USDA, is that children will be “presented with images and signs that promote healthier foods and beverages and that the products that are marketed will match the snack foods and beverages that will be available in schools.”

The USDA received a significant number of comments seeking to also ban marketing by companies selling “copycat” snacks in schools, i.e., Smart Snacks-compliant versions of junk food available in supermarkets. But the agency declined to take on this issue, instead leaving the decision up to local districts.

The USDA also failed to squarely address whether “marketing” in this context includes incentive programs, such as Box Tops for Education or fast food coupons passed out to kids for reading books. Arguably, though, such programs would fall into USDA’s broad definition of “advertising and other promotions in schools,” including “oral, written, or graphic statements made for the purpose of promoting the sale of a food or beverage product made by the producer, manufacturer, seller, or any other entity with a commercial interest in the product.” And, of course, a district could expressly include such programs in the definition of “marketing” in its own policy.

Another notable feature in both the proposed and final rules—one likely to be of special interest to elementary school parents—is a requirement that wellness policies set nutritional standards for foods and beverages that aren’t sold but instead made available to children at school, such as offerings at classroom parties or treats given out by teachers as a reward. Many districts will likely use the Smart Snacks standards to fulfill this requirement, but with no specific nutritional guidelines offered by the USDA rule, they could also opt for a weaker or more rigorous standard.

Back in 2014, I noted that many House Republicans were decrying the inability of schools to sell hard-boiled eggs (banned under Smart Snacks because of their fat content) as a prime example of federal “nanny state” overreach. But given these same representatives’ dogged quest to gut healthier school meal standards, this talking point struck me as more than a little disingenuous. That was particularly true when I discovered that one school superintendent lamenting the egg ban—frequently mentioned by Rep. Robert Aderholt (R-AL) in his campaign to roll back meal standards— hailed from a district making almost $3 million a year by selling junk food and fast food to kids. (“I’m Getting *Really* Sick of Hearing About Those Hard-Boiled Eggs”)

But now I’m eating crow—along with a few hard-boiled eggs—because apparently enough commenters complained to USDA about this issue that the final Smart Snacks rule expressly allows the sale of “whole eggs with no added fat.” Other similarly minor changes to Smart Snacks include allowing the sale of low-sodium canned vegetables and tweaking nutritional requirements to allow for the sale of “paired exempt foods” such as peanut butter and celery or reduced-fat cheese with apple slices.

Noting that the new Dietary Guidelines for Americans don’t suggest a daily limit on total fat, and because many healthy foods such as avocados and legume dips currently exceed the Smart Snacks total fat limit, USDA is also seeking comment on whether to remove the total fat standard entirely. Comments on this issue must be submitted within 60 days of the publication of the final rule in the Federal Register.

In short, the final Smart Snacks rule closely tracks the interim final rule that’s been in effect on campuses since the 2014-15 school year. And while the rule’s nutritional standards are certainly not perfect (a lot of “better-for-you” junk food sneaks in, so long as it’s “whole grain rich”), they’re still an enormous improvement over the glut of junk food commonly seen on school campuses prior to their implementation.

In yesterday’s media call, USDA Deputy Under Secretary Wilson and other speakers used the opportunity to reiterate their strong support for the CEP, which brings free meals to children in high-poverty areas without paperwork or stigma. Donna Martin, the school nutrition director in Burke County, Georgia, noted, “In school, kids are transported for free, we give them free books, we give them free access to teachers. So why not free meals? It’s as important as everything else in the school day.” The current CEP isn’t significantly changed by the final rule, which codifies previous policy guidance.

Changes to current administrative review process can be found here (scroll to the chart on page 45).  According to the USDA, these tweaks will help “establish a unified accountability system designed to ensure that school food authorities offering school meals comply with program requirements” and are “expected to strengthen program integrity through a more robust, effective, and transparent process for monitoring school nutrition program operations.”

With the finalization of these four rules, the historic work of the Obama administration in improving children’s school food environment is now complete. But, of course, we’re already one year overdue for the next CNR, a process which could easily roll back or weaken these reforms – many of which have already been overtly threatened by House Republicans.