Digested: Drought and Denial in the Golden State | Civil Eats

Digested: Drought and Denial in the Golden State 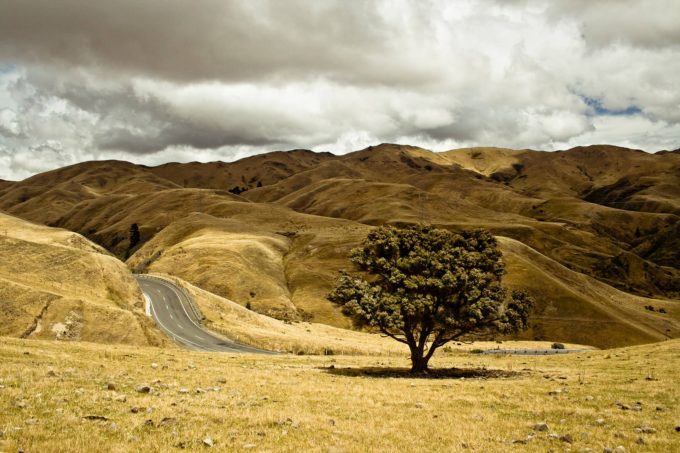 One year ago, 18 drought-fueled fires were raging around California, Governor Jerry Brown was getting ready to declare a state of emergency, and Tom Selleck was being publicly shamed for stealing water. Stories about the drought—and its implications for food and farming—were regularly showing up in national outlets such as the Washington Post, Newsweek, and NPR.


Now, the rainy El Niño winter is long over, and lawns around the state have returned to a familiar shade of brown, but this summer’s drought news has a very different ring to it. For one, much less of it is reaching a national audience.

Indeed, several of the state’s largest reservoirs recovered this winter, some cities are turning their public fountains back on, and—to top it off—geologists have identified a potentially huge groundwater reserve that nobody knew about. “Is the drought over?” seems to be a surprisingly common question.

From a regulations perspective, one might think it is over. Earlier this summer, California regulators voted to lift mandatory water conservation targets and begin allowing local agencies to determine “the appropriate drought response depending on their local conditions.” As a result, nine of the 10 biggest urban water suppliers in California have set conservation targets of zero.

And yet, 84 percent of the state still remains in drought. The California drought monitor is showing less of the deep red that symbolized “exception drought” than it did last year, but there’s not one inch of the state that’s not at least “abnormally dry.”

There’s also new research showing that it will likely take until 2019 for the Sierra Nevada snowpack to return to pre-drought levels, even if it we continue to see wet winters between now and then. Also staggering is the number of trees we’re losing here: 26 million in the Sierra mountain range since October alone, adding to the 66 million lost throughout the state since 2010.

When is comes to agriculture, the recent drought has forced farmers to adopt new practices (many have received financial support to do so from the state’s recent cap-and-trade program), and make sacrifices. Writing in the Orange County Register, farmer Joe Del Bosque described investing “more than $1 million” to install drip irrigation and hiring a soil expert. He also talked about and resorting to buying water after receiving just 5 percent of the public allocation he would normally have expected before the drought began.

“For me, a 5 percent allocation means I will fallow more than a third of my 2,000 acres this year and support the remaining acreage with additional water purchased at a high price. That’s 350 fewer acres of tomatoes. It’s another 350 fewer acres of a rotation of conventional crops like melons or wheat,” he wrote.

Jeffrey Mount, a senior fellow at the Public Policy Institute of California (PPIC)’s Water Policy Center, says it makes sense that as drought news has become less sensational this year, it has had a hard time keeping up with the over-the-top election cycle. But that’s exactly where things can get tricky. “What we always watch for is the ‘drought memory half-life,’ when drought news—reflecting public interest—leaves the headlines, usually due to a [temporary] return of rain and snow,” said Mount.

Or, as Peter Gleick, a water resources expert and president of the Pacific Institute told the USA Today in June, he worried that a single rainy winter in the state may have done more harm than good. “(El Niño) was not enough water to bail us out of the drought, but it was enough water to make many people believe, wrongly, that the drought has ended.”

And what about that newly discovered treasure trove of ground water? Those who read beyond the headlines would have learned that even if the water is in fact there in such abundance, getting to it will not be easy (and, if we do, it could make the existing problem of drought-induced sinking in the state considerably worse).

As Gleick told the Washington Post, the new study, “doesn’t say anything about whether that stuff’s going to be economic to pump, or sustainably managed in the long run, or an important contributor to solving our water problems.”

As for the county-wide shifts away from mandatory conservation, there may be more than public perception at play. In a recent Op-Ed on the website Voices of San Diego, Tracie Barham, the executive director of San Diego Coastkeeper, had a compelling explanation. In the last year, the city lowered its water use by 21 percent, she said, adding:

Meanwhile, the San Diego County Water Authority was fighting hard to get us hooked again. Why? It is the public agency that sells us our water; its member agencies bring in more money when we waste water and less money when we conserve. It led the charge of water dealers across the state to successfully lobby the California State Water Board to weaken conservation regulations. Now, water agencies can set their own conservation targets and, unsurprisingly, the Water Authority is seeking to set ours … at zero … From a 25 percent conservation goal to no need to conserve water anymore.

Nonetheless, all those brown lawns and dying trees may be having an impact in ways that defy official regulation or profit motives. And PPIC’s Mount sees reason for optimism. Conservation numbers released in May showed that residents of the state had reduced their usage by more than 24 percent in the prior 12 months. “Statewide, these numbers show continuing interest in conservation,” says Mount. “History shows that this sort of change in behavior tends to stick even when the rains return, as they eventually will.”