This preliminary, first-of-its kind data puts numbers behind the externalized costs and invisible benefits of several types of farming systems. 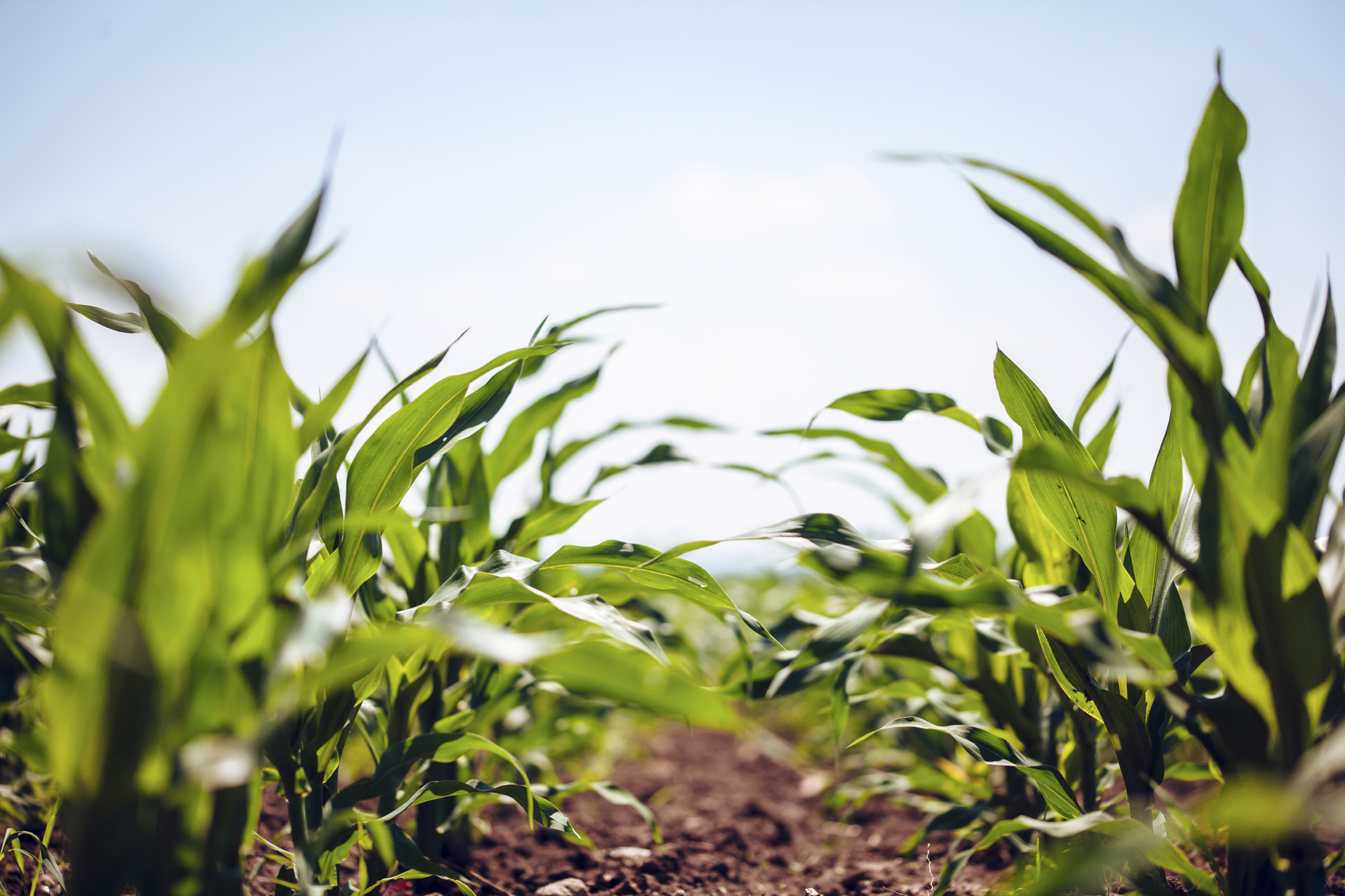 It is nearly impossible to calculate the real costs and benefits—including the externalized or invisible costs—of any human activity: growing soybeans, making car tires, cooking dinner for your family. When growing soy, for example, it’s easy enough to calculate the total price paid for inputs like fertilizer or pesticides and the price received for the finished crop. But accounting for the total costs and benefits—things like environmental damage from fertilizer runoff, or the social benefits of putting land to productive use—isn’t something we tend to do as a culture.

For example, the true costs of producing a Quarter Pounder with Cheese are borne not only by McDonald’s, but by all of us who have to deal with, among other things, environmental degradation caused by industrial farming and the bad public health outcomes of eating such meals. McDonald’s doesn’t pay much of those costs, and in fact draws a profit while the rest of us pay dearly.

This is in part because of “the complexity of the system,” says Michael Carolan, chairman of the sociology department at Colorado State University, and author of several books, including The Real Cost of Cheap Food. “The costs of obesity are considered by most an externality of our current food regime,” says Carolan. “However, beyond attributing a dollar [amount] to this, which is difficult in itself, what players in the food system ought to be paying these costs?”

Carolan notes that attributing dollar figures to nebulous concepts like “well-being” might be impossible, at least for practical purposes such as policymaking. But even when the externalities are relatively easy to measure—say, the net carbon footprint of a farming operation—the challenges are immense.

Harpindu Sandhu, an agroecologist at Flinders University in Australia, recently conducted a study looking at three disparate American farms (including Polyface Farm in Virginia, the super-sustainable, highly diversified farm run by the colorfully blunt farmer Joel Salatin) and compared their social costs and benefits. The study was small and limited, and yet still highlighted the practical challenges involved in such work. Sandhu’s report, first presented in April at the True Cost of American Food Conference in San Francisco, yielded widely differing reactions from the participants and other observers.

Sandhu’s work, which he acknowledges is just one piece of a larger process, is focused mainly on the nuts and bolts of measurement, and how best to “monetize” (that is, assign dollar figures to) costs like environmental degradation and benefits like the carbon sequestration produced by planted crops.

To measure the latter, Sandhu applied the market price of carbon (which is used in cap-and-trade programs). At one farm he studied—J-Ace Farms, a more-or-less typical, 795-acre conventional corn and soybean operation in Minnesota—Sandhu determined the sequestration rate at 1.22 metric tons annually per acre. Using a price of $15 per metric ton of carbon, he put the value of that sequestration at $18 per acre. The total amount of “environmental benefits” generated by J-Ace (with other benefits like nitrogen fixation added in) was $89 per acre per year.

On the cost side was the amount of carbon the farm released into the atmosphere. This includes the carbon cost of producing all the inputs (seed, fertilizer, electricity, pesticides, etc.), as well as the carbon actually emitted on the farm by machinery and equipment. The total “environmental cost” at J-Ace was $219 per acre per year. By this calculation, the farm operates at a net annual environmental loss of $130 per acre, for a total of just over $103,000.

Meanwhile, at Polyface Farm (which, it must be noted, is a very different kind of operation not only in terms of how it operates, but also in terms of what it produces) yielded environmental benefits of $172 per acre per year, and environmental costs of $153. According to Sandhu’s findings, Polyface actually produces a net environmental gain, worth a total of about $9,500 a year.

As precise as all that sounds, such numbers are, by their nature, squishy. The rate of sequestration for a given crop can only be an estimate, since it is affected by all kinds of factors such as location, soil condition, amount of shade, weather, and farming methods. The carbon costs of inputs are equally hard to determine with certainty. There’s no way to apply such measures universally (from one farm to another, or at a single farm across time), so applying environmental costs of farming directly to, say, the price of a Quarter Pounder with Cheese, based on the total social costs of the ingredients in it, can’t really be done.

Even the simplest factor in this calculation, the “market price” of carbon, is imprecise and ephemeral. There is “some consensus” on carbon pricing, “but not really,” says Joel Makower, sustainable-business strategist and founder of the GreenBiz Group. “Carbon has been priced at anything from $10 to $100 a ton.”

If actual markets can’t come to a consensus on the price of something, how on earth are business leaders and policymakers supposed to do so? Well, like all of us, they do their best to be precise, and then make their best guesses. And “carbon pricing is a great place to start” moving externalities from theory to implementation, says Libby Bernick, senior vice president of North America for Trucost, a company that conducts such measurements for businesses and governments around the world. (In a 2013 report, Trucost put the total, invisible cost of global business, at about $7.3 trillion, or about 13 percent of the world’s economy.)

“Scientists have been struggling for many years” to establish protocols and standards for measuring externalities, Bernick says. Her company makes use of the ones that exist. And she points to the Natural Capital Coalition, which will release a new protocol next month. The Coalition says the guidelines will “enable business to assess and better manage their direct and indirect interactions with natural capital.”

Businesses that follow such guidelines tend to either be concerned with their public image or with preserving their access to raw materials. A company’s executives might also be genuinely concerned about the social impacts of their business, but they’re also essentially a form of self-regulation. Moving them into the realm of public policy—that is, regulation that assigns the costs of externalities to the enterprises that create them—is the next step.

Given the political environment of the moment, it might seem unlikely that externalities will play a bigger, more-formal role in policymaking any time soon. But Bernick is optimistic: She thinks that the increasing cooperation from private enterprise will eventually make its way into policy. “Corporations have led the way,” she says. “They recognize that their ability to grow in the future depends on having sufficient natural capital to allow them to do business.”

Meanwhile, some believe that only a radical remaking of our political and economic systems will get us to the point of fully measuring social costs and holding the right parties accountable.

Who Gets to Decide?

Salatin, of Polyface Farm, agrees that there are social costs to farming—even his kind of sustainable farming—but he’s deeply skeptical of government regulators determining who should and should not pay the those costs. He’s not at all opposed to true cost accounting, as long as it’s based on hard, reliable numbers and takes into account all the social costs and benefits yielded by a given farm. Once that accounting is done, it would provide “a way to rate farms and for the market to recognize value.” That is, leave the lawmakers and bureaucrats out of it, and let consumers vote with their dollars.

On the other end of the spectrum is Raj Patel, the academic and author of Stuffed and Starved: The Hidden Battle for the World Food System.

“My worry with valuing externalities is this: who gets to decide?” he says. “Environmental valuations appear scientific and impartial, but when you get into the equations, they’re filled with deeply political assumptions. Many indigenous cosmologies find the idea of [placing monetary value] on the environment barbaric and savage.” And once you’re pricing the materials of nature, he says, the most harm often comes to “some of the most politically marginalized people and priorities.”

That’s a radical stance, of course, and it’s unlikely that we’re going to move the world away from putting a price on the natural world any time soon. But Jessica Dempsey, an assistant professor of geography at the University of British Columbia who has a book coming out on the subject, thinks that the corporate interests now signing on to do “true cost accounting” might, ironically, actually get us there faster.

Dempsey believes that “internalizing externalities” (that is, getting the institutions which create costly problems for the rest of us to start paying for them) will only be done after we “mess with existing power structures.” Companies signing on with efforts like the Natural Capital Protocol, she says, are interested foremost in maintaining their access to “so-called ‘cheap natures.'”

Dempsey doesn’t even like the term “externalities,” which she calls a “neoliberal word.” She speculates, though, that all of this recent corporate support for the notion might get us to where she thinks we need to be. “If we really did fully account for externalities,” she asks, “would we still have capitalism? I don’t think we would.”